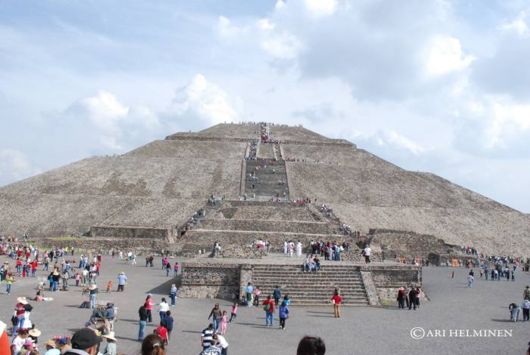 Pyramid of the Sun, It was massive, one of the first great cities of the Western Hemisphere. And its origins are a mystery. It was built by hand more than a thousand years before the swooping arrival of the Nahuatl-speaking Aztec in central Mexico. But it was the Aztec, descending on the abandoned site, no doubt falling awestruck by what they saw, who gave it a name: Teotihuacan. A famed archaeological site located fewer than 30 miles (50 kilometers) from Mexico City, Teotihuacan reached its zenith between 100 B.C. and A.D. 650. It covered 8 square miles (21 square kilometers) and supported a population of a hundred thousand, according to George Cowgill, an archaeologist at Arizona State University and a National Geographic Society grantee.

"It was the largest city anywhere in the Western Hemisphere before the 1400s," Cowgill says. "It had thousands of residential compounds and scores of pyramid-temples and was comparable to the largest pyramids of Egypt." Oddly, Teotihuacan, which contains a massive central road (the Street of the Dead) and buildings including the Temple of the Sun and the Temple of the Moon, has no military structures?though experts say the military and cultural wake of Teotihuacan was heavily felt throughout the region.

Who Built It? ? Cowgill says the site’s visible surface remains have all been mapped in detail. But only five percent has been scientifically excavated.

Scholars once pointed to the Toltec culture. Others note that the Toltec peaked far later than Teotihuacan’s zenith, undermining that theory. Some scholars say the Totonac culture was responsible.

No matter its principal builders, evidence shows that Teotihuacan hosted a patchwork of cultures including the Maya, Mixtec, and Zapotec. One theory says an erupting volcano forced a wave of immigrants into the Teotihuacan valley and that those refugees either built or bolstered the city. 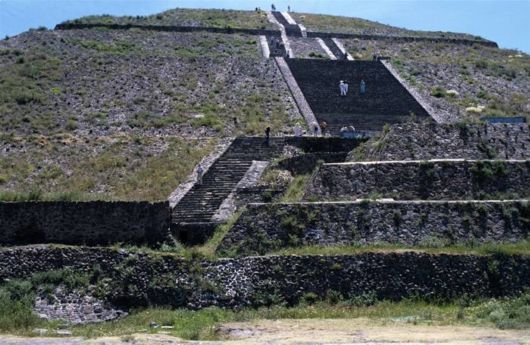 The main excavations, performed by Professors Saburo Sugiyama of Aichi Prefectural University in Japan and Rubén Cabrera, a Mexican archaeologist, have been at the Pyramid of the Moon. It was there, beneath layers of dirt and stone, that researchers realized the awe-inspiring craftsmanship of Teotihuacan’s architects was matched by a cultural penchant for brutality and human and animal sacrifice. Inside the temple, researchers found buried animals and bodies, with heads that had been lobbed off, all thought to be offerings to gods or sanctification for successive layers of the pyramid as it was built.

It’s unclear why Teotihuacan collapsed; one theory is that poorer classes carried out an internal uprising against the elite. 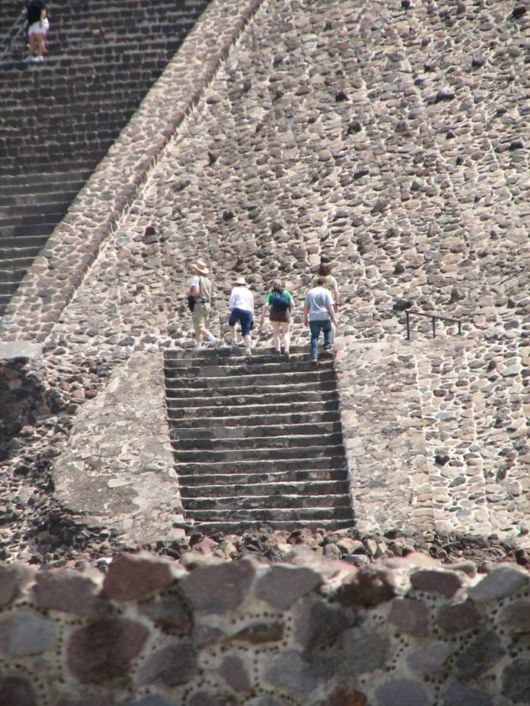 For Cowgill, who says more studies are needed to understand the lives of the poorer classes that inhabited Teotihuacan, the mystery lies not as much in who built the city or in why it fell.

"Rather than asking why Teotihuacan collapsed, it is more interesting to ask why it lasted so long," he says. "What were the social, political, and religious practices that provided such stability?” 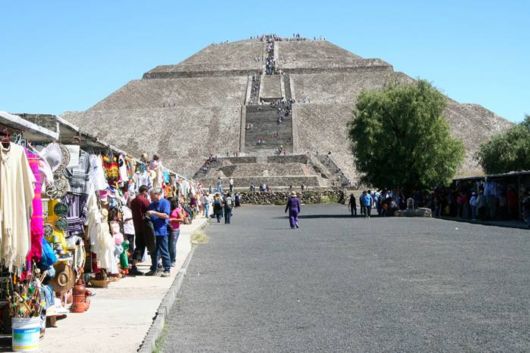 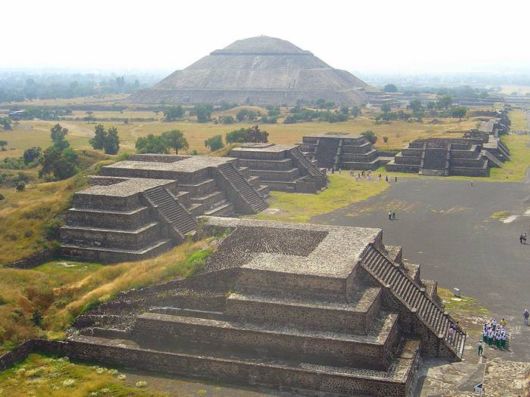 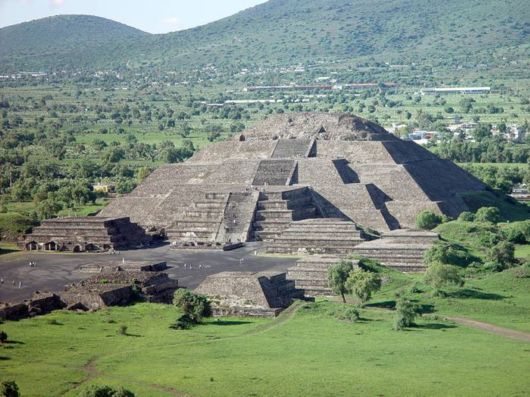 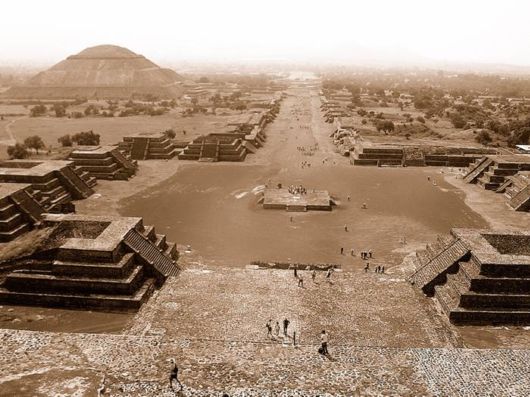 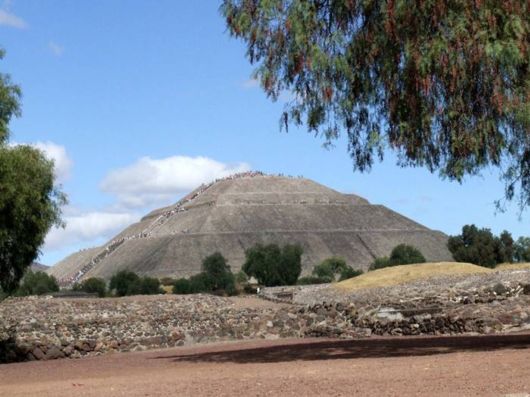 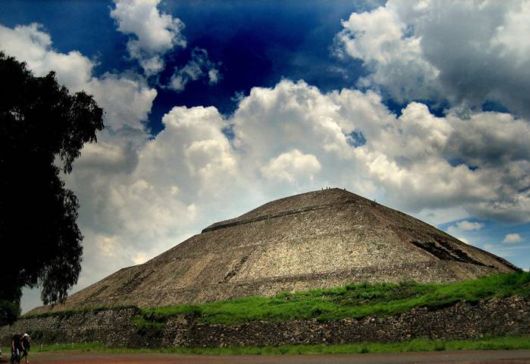 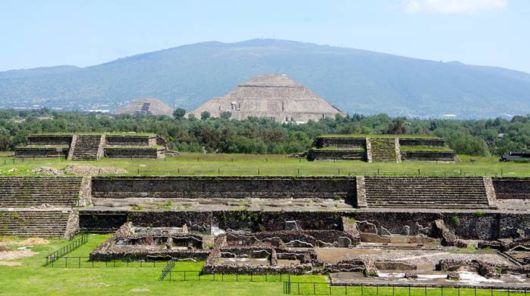 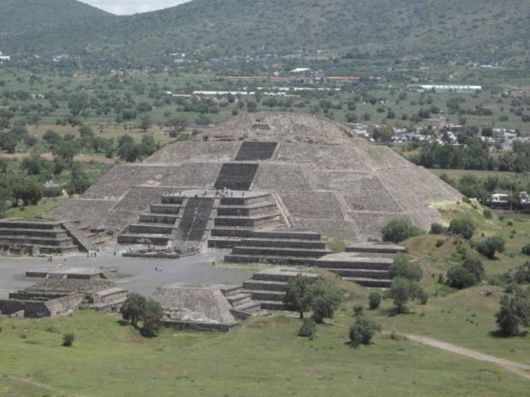 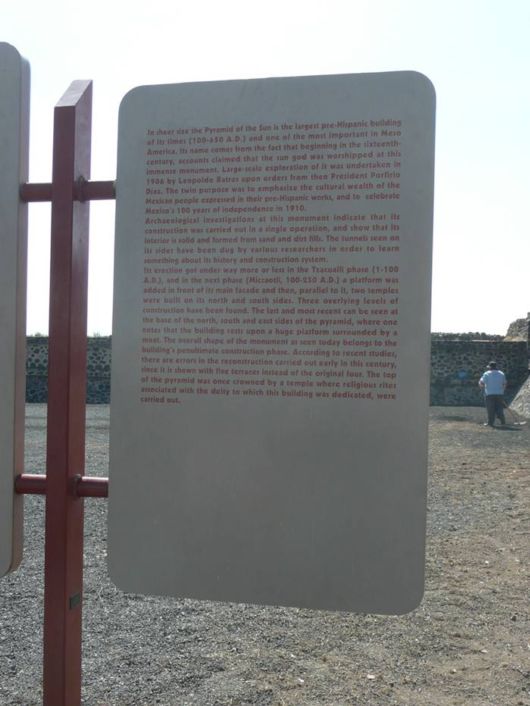