London’s Rolling Bridge is a type of curling or folding movable bridge is the part of the Grand Union Canal at Paddington Basin, London. Inspite of the connotation of its name, it is more accurately described as Curling. Heatherwick Studio’s was commissioned to designed by SKM Anthony hunt with Packman Lucas, and built by Littlehampton Welding Ltd. The Hydraulic design and development was done by Primary Fluid Power Ltd. 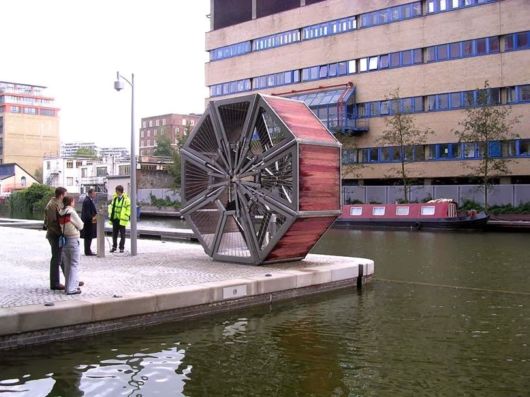 The eight triangular sections hinged at the walkway level and connected above by two parts links that can collapsed towards the deck by Hydraulic Cylinders, which are concealed in vertical posts in the bridge parapets. The 12 meters long footbridge when it extended in resembles a conventional steel and timber. It allow the passage of boats, the hydraulic pistons are activated and the curls up until it two ends joins, to form an octagonal shape measuring 1 ½ of the waterway’s width at that point. 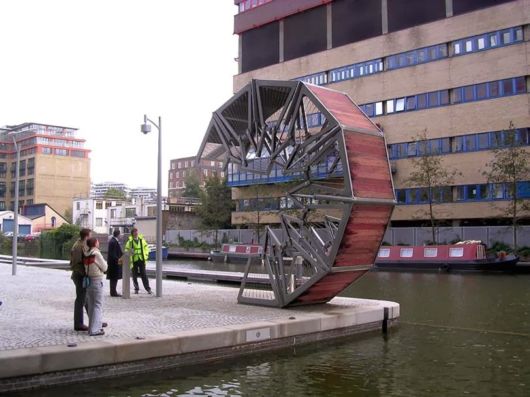 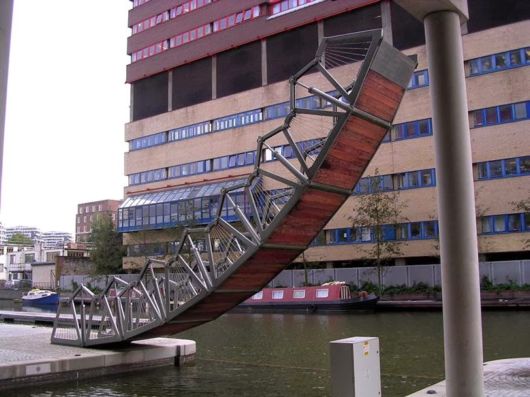 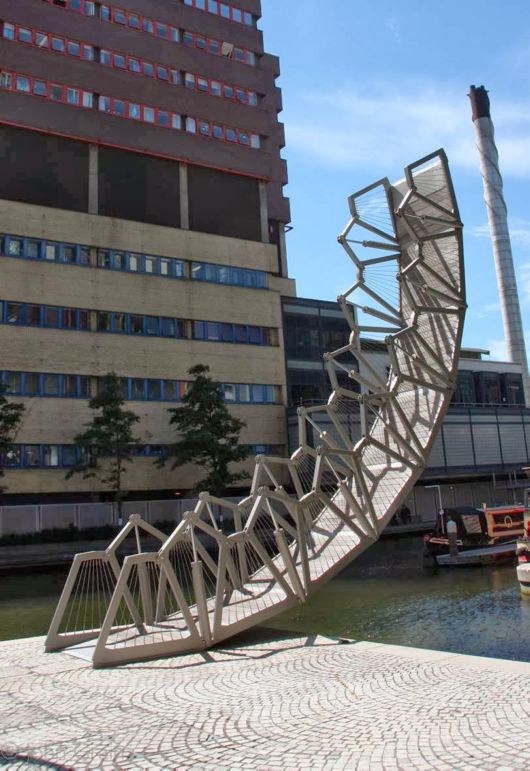 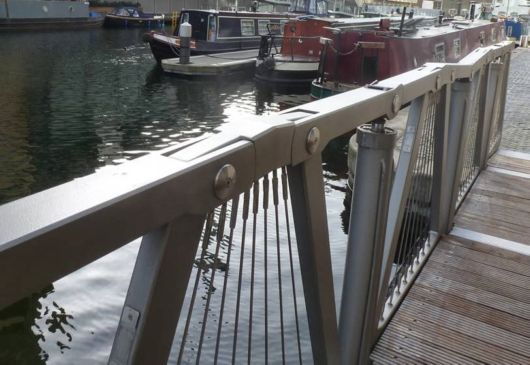 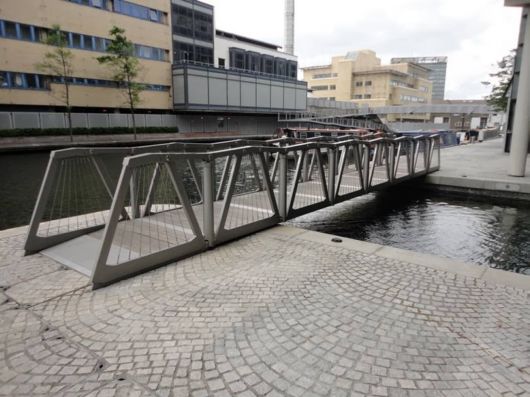