In 1947, after India gained independence, several states and territories around the country joined the Indian Union forming the Republic of India. Several royal families living in their palaces at the time started selling off or leasing their property to hotel chains in order to earn a living since monarchy was on its way out.

These palace hotels all over the country remain a legacy and offer guests the complete royal experience. Most of them are luxurious while others offer a more affordable and intimate experience. 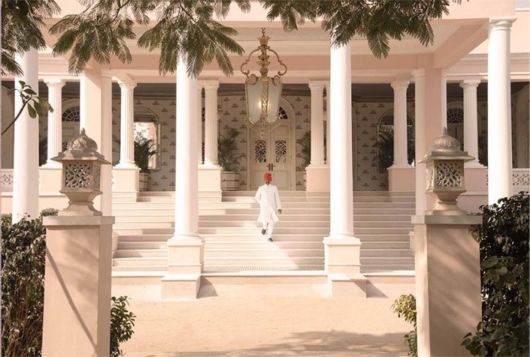 One of the oldest and most treasured palaces in Jaipur. The restoration of this palace was overseen by Rajmata Padmini Devi who wanted it to suit the contemporary guests visiting the palace and expecting a royal experience.

The hotel is managed by the Sujan group and has several tie-ups with safari camping and tour groups.

Located on a hill that overlooks the city, this grand structure took 15 years to build and was completed in 1944. It blends the architectural styles of an English castle and Rajputana palace. Made of yellow sandstone, the palace has 347 rooms which beautifully reflect the art deco style of the era. It is surrounded by gardens that are beautiful to stroll through in the evenings. 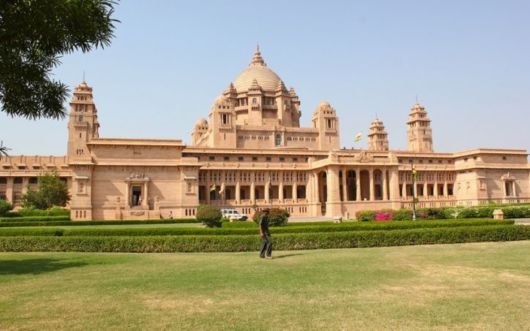 3. Rambagh Palace, Jaipur
Located 8 km away from the city of Jaipur, the palace was the former residence of the Maharaja of Jaipur whose family used it as a hunting lodge. The building was converted into a luxury hotel in 1957 when the royal family could not manage to maintain the upkeep of the place. Today it is managed by the Taj group.

With lush gardens, it is possibly the most luxurious of hotels in the Pink City with a string of awards to its name. 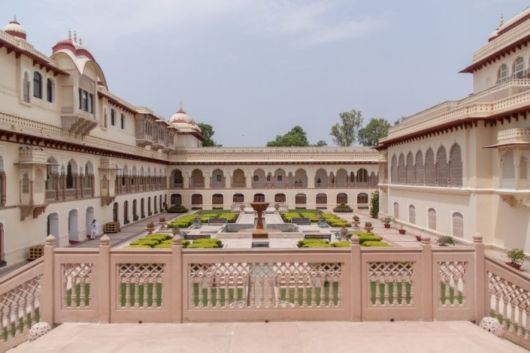 4. Balsamand Lake Palace, Jodhpur
The palace of the former Maharaja of Marwar overlooks the Balsamand Lake which was constructed as a water reservoir for the city of Jodhpur. Built as a summer palace for the king, the red sandstone structure has beautiful gardens which overlook the serenity of the lake and desert. 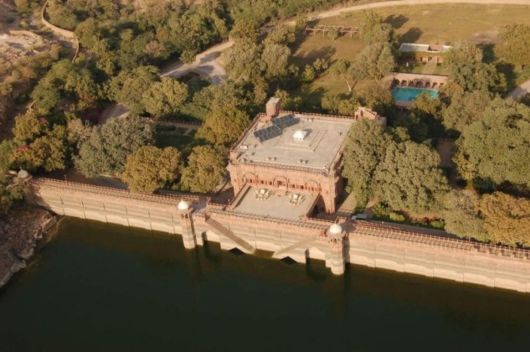 5. Fernhills Palace, Ooty
Once the summer palace of the Wadiyar royals from Mysore, this palace, provided a fairy-tale like backdrop in the rolling hills of Ooty and spreads across 50 acres of land. The British acquired it later on leaving behind a colonial legacy with large windows and fireplaces in every room. 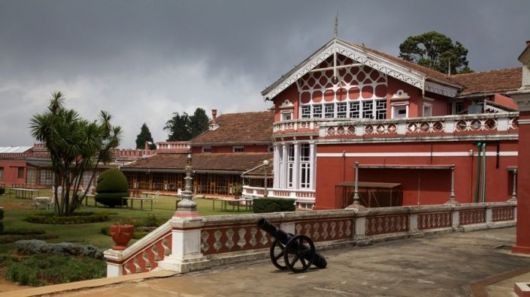 6. Taj Falaknuma Palace, Hyderabad
It was the residence of the Nizam of Hyderabad and probably brings a waft of the Venetian renaissance to Hyderabad. Roman pillars, crystal chandeliers, marble staircases, Japanese gardens and priceless interior decor are just some elements that describe the hotel.

The library of the Nizam is said to house one of the rarest versions of the Quran. 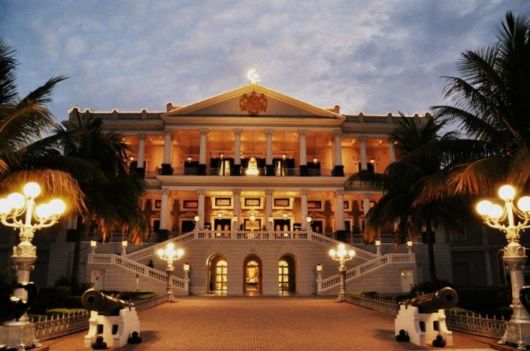 7. Samode Palace, Jaipur
Combining the architectural styles of the Rajputs and Mughals, the Samode palace is built along the Aravali ranges. The interiors are absolutely beautiful with intricately painted frescoes and a marble tiled infinity pool. 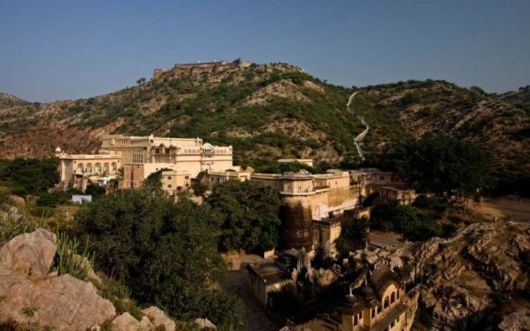 8. Devi Garh by Lebua, Udaipur
This 18th century palace was converted into a luxury hotel. It is a hill top fort with 39 rooms and was home to the Delwara rulers. While the exteriors of the palace look ancient, the interiors reflect a minimalist contemporary style. 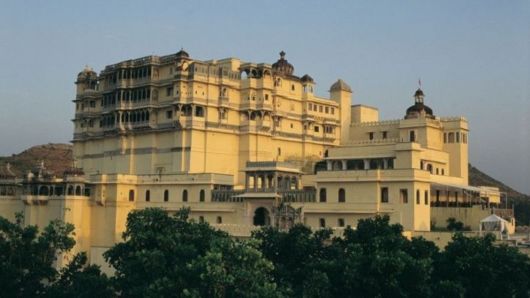 9. Phool Mahal Palace, Kishangarh
Built in the 17th century and located in central Rajasthan, the palace has the backdrop of a historic moat and faces the Gundalao Lake in the front. The Kishangarh Fort is located nearby which provides an insightful lesson into the history of the region. 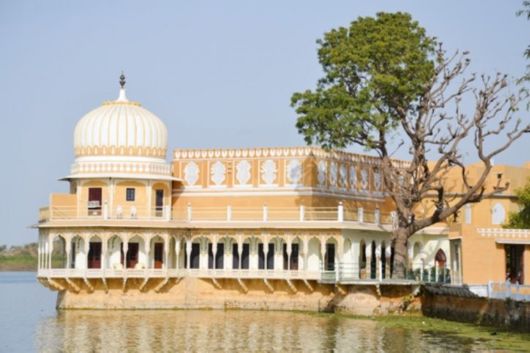 10. Laxmi Niwas Palace, Bikaner
The palace was closed off from the rest of world and was host to the most privileged of people in the social order. Today, it is a luxury hotel inviting guests to experience the opulence of the Bikaner Maharajas. Hand painted friezes and gold plated paintings are just some of the beautiful characters that lie behind the walls of the palace. Some say, architects like Lutyens and Baker were inspired by this mighty structure. 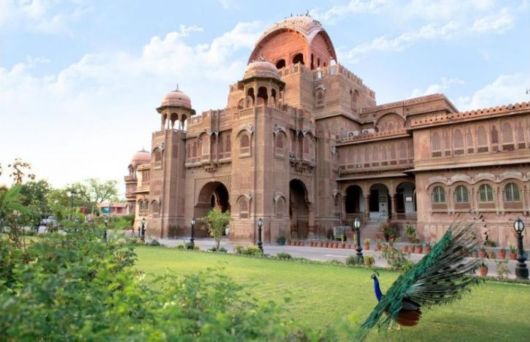 11. Kasmanda Palace, Mussoorie
The palace was built in 1836 but not for the accommodation of royals. It was a sanatorium for British forces and later a school. It was later bought over by the Kasmanda royal family who made it their summer home and then a palace hotel. They still own the property, and the memorabilia around will take you back in time. 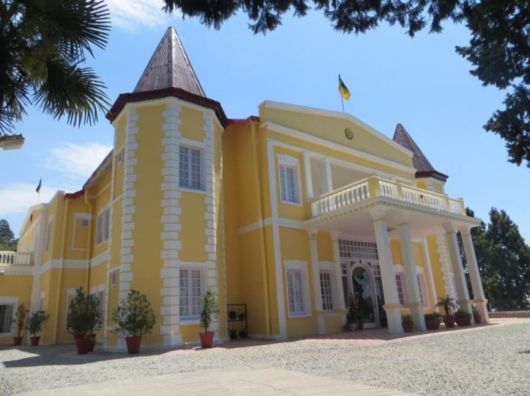 12. Lalitha Mahal Palace, Mysore
The palace was built by the ruler to accommodate his guests and lies a few kilometers away from Mysore. The palace is currently run by the Indian government and several parts of the property require urgent mending. 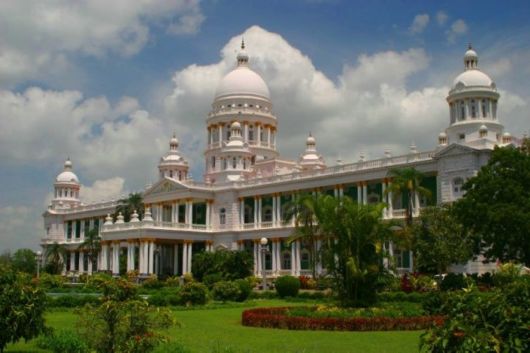 13. Deogarh Mahal, Rajsamand
Built by the royal family of Deogarh, they still own the palace and live in one part of it. The hotel has 50 rooms, each of which have their own character from a different era of time. The grandest of rooms reflect the Rajput era of the 1600s.

The palace is located on a hill somewhere between Jaipur and Udaipur.