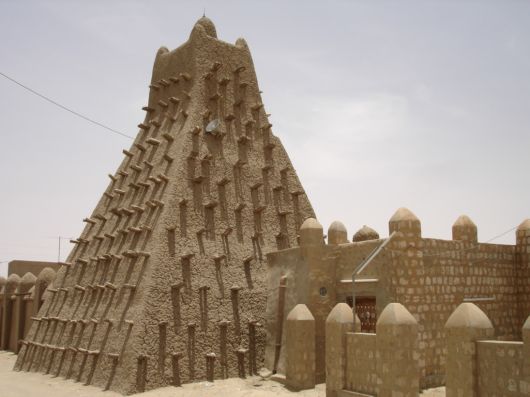 One of the two historic mosques of Timbuktu (the other being the Jingereber), the Sankore Mosque was built during the declining years of the Empire of Mali, in the early 15th century A.D. Architecturally, it is remarkable for its large pyramidal mihrab. But this is not its real claim to fame — indeed, it is smaller and less intricate than earlier Malian mosques including the 13th century mosque of Djenne. Instead, it is famous for being the center of the great Islamic scholarly community at Timbuktu during the 16th century A.D. 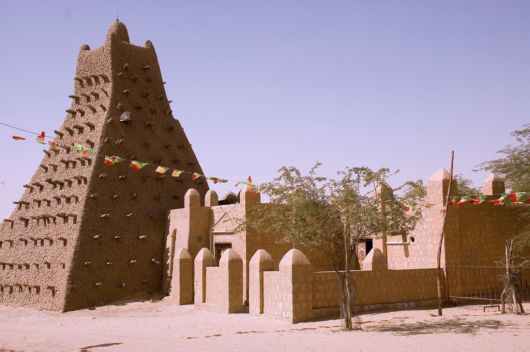 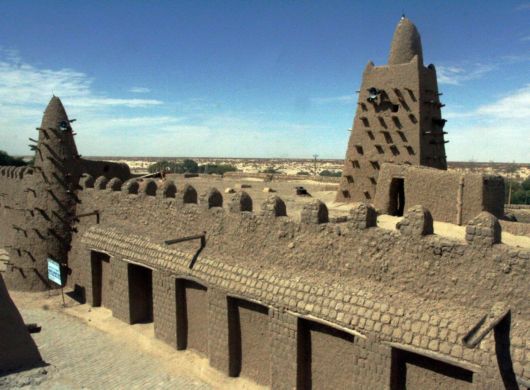 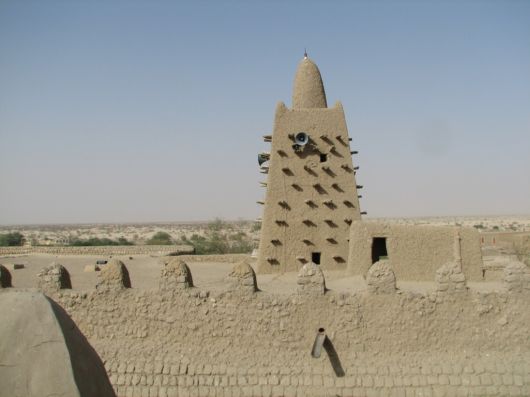 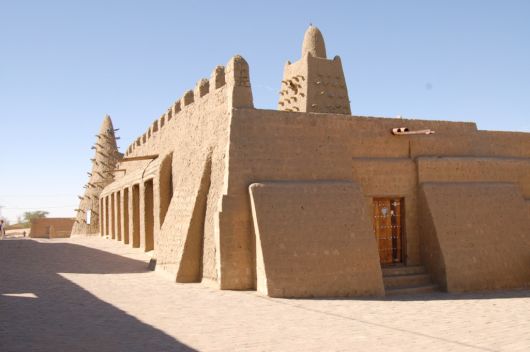 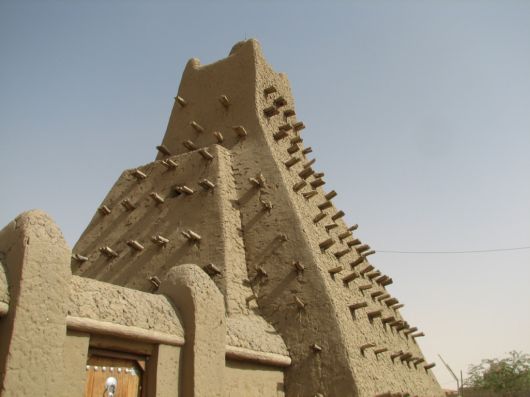 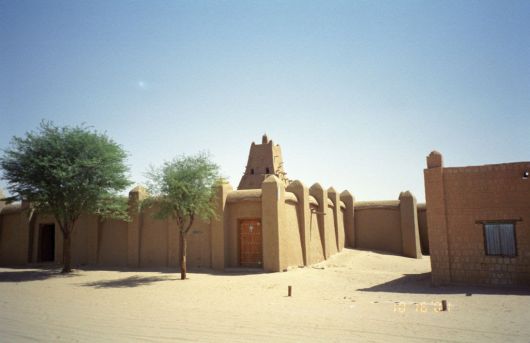 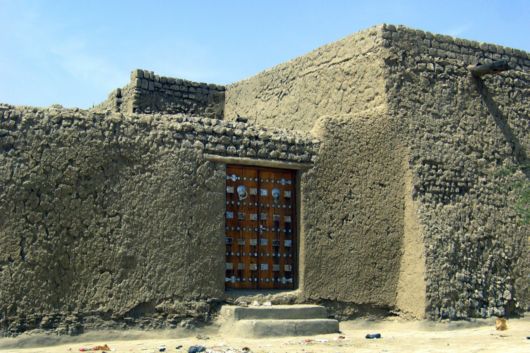 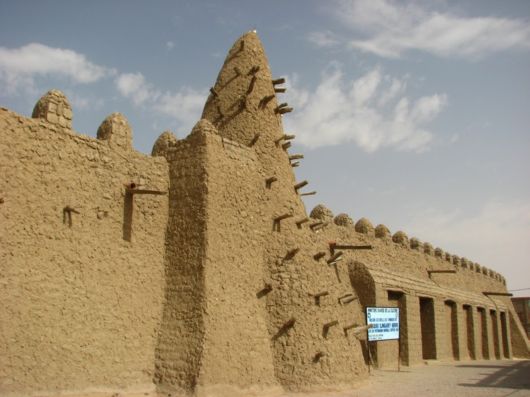