Paradises, of which many dream since childhood. 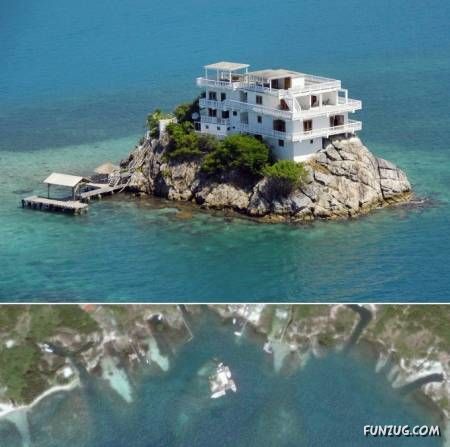 If you plan to visit Cuba; in the near future, do not miss the Island Bay (Bay), located 70 km from the coast. The island itself is nothing special, but the rock Dunbar – it’s something….More after the break…

Its current owner has built a villa on a pile of stones, which alone has 6 bedrooms total. 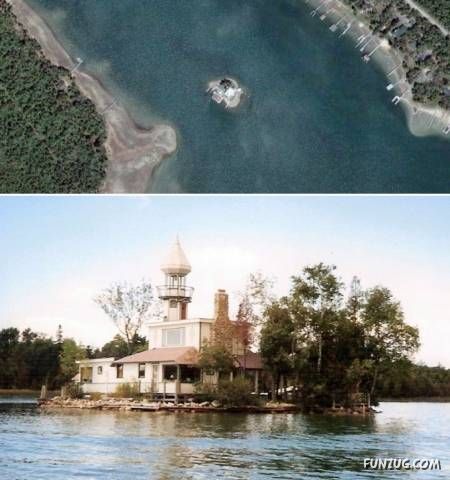 This house is one of 36 other islands, the owner of all this, unfortunately, is unknown. The villa has everything, even the fire tower. 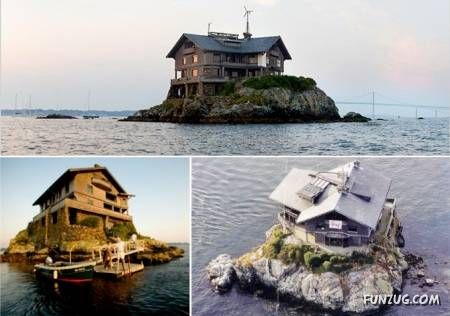 Difficult to imagine, but on this tiny patch of land is a three-story house with 26 rooms. And all this splendor is worth about $ 3.6 million. 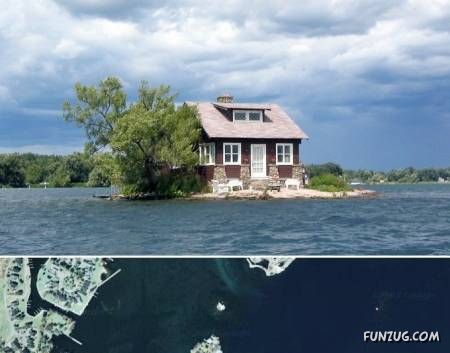 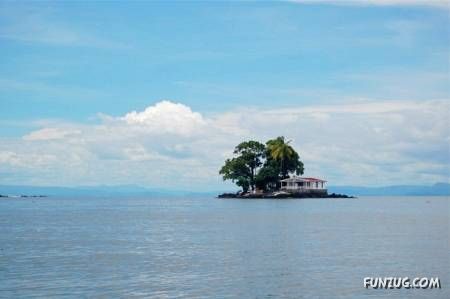 In a faraway country of Nicaragua is a lake Kokibolka (Cocibolca). Middle of the lake rises the island, and on the island – a small house, or rather, the villa.