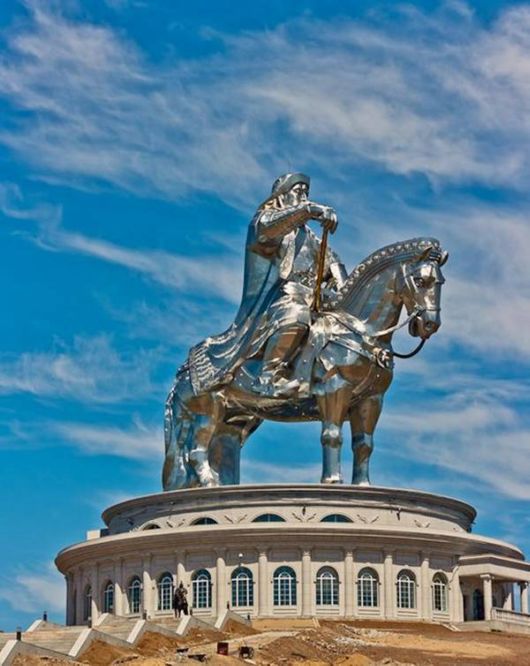 The Genghis Khan Statue is a 40-metre tall statue of Ghengis Khan on horseback, on the bank of the Tuul River at Tsonjin Boldog (54 km east of the capital Ulan Bator), where according to legend, he found a golden whip. The statue is coverered in 250 tons of stainless steel[citation needed] is symbolically pointed south toward China. It is on top of the Genghis Khan Statue Complex, a visitor centre, itself 10 metres tall, with 36 columns representing the 36 khans from Genghis to Ligdan Khan. It was designed by sculptor D. Erdembileg and architect J. Enkhjargal and erected in 2008.Â

Visitors walk to the head of the horse through its chest and neck of the horse, where they can have a panoramic view. The main statue area will be surrounded by 200 yurt camps, designed and arranged like the pattern of the horse brand marks that were used by the 13th century Mongol tribes. The cost of the complex is reported to be $4.1 million. 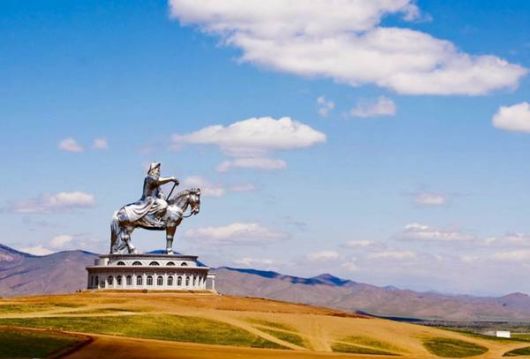 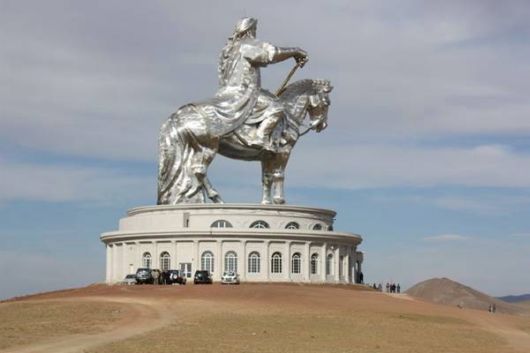 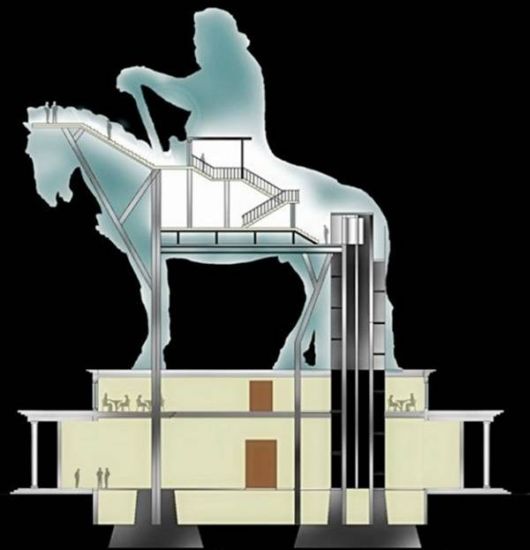 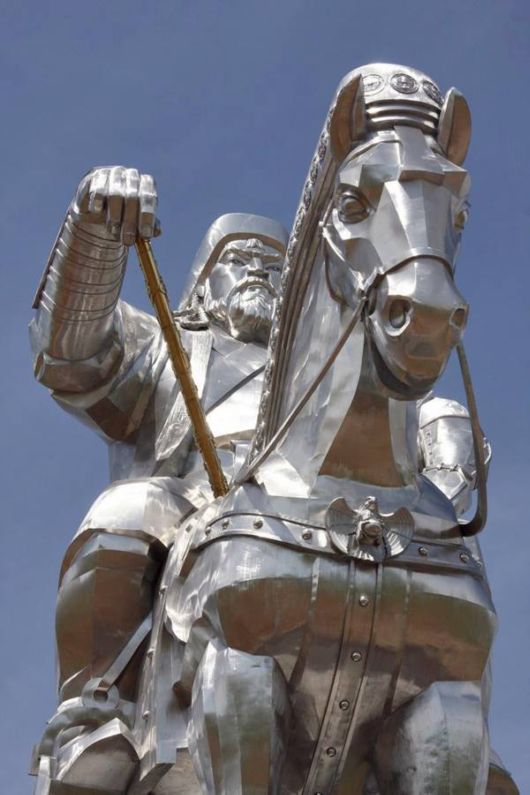 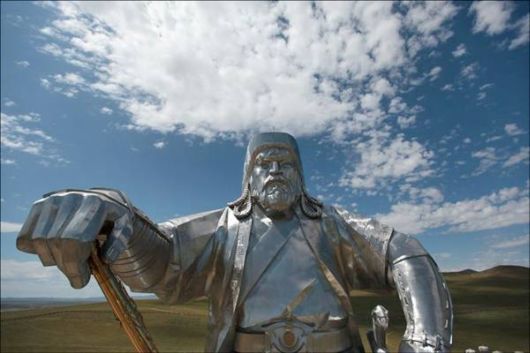 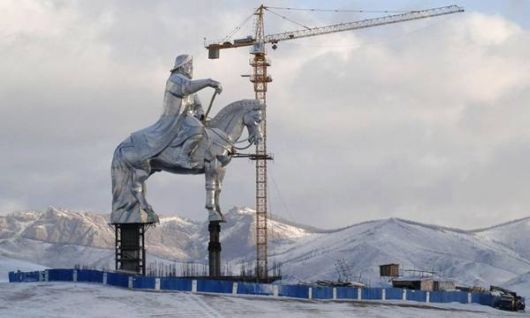 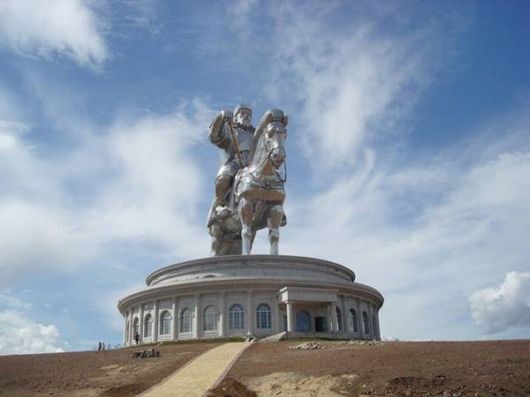