The Wat Rong Khun is an unorthodox Buddhist temple in Thailand. Building of this unusual building started in 1997 by Thai painter-architecht Chalermchai Kositpipat, and was immediately dubbed ‘The White Temple’. 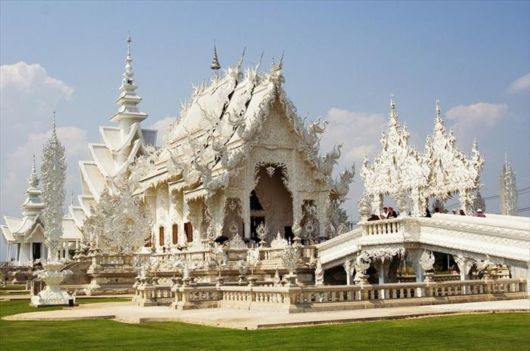 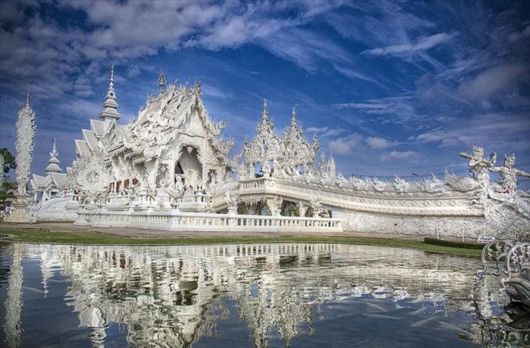 The luxurious temple is a blend of traditional architecture that combines surreal elements together, and if you ever get to visit, you’ll be hard pressed not to be impressed… 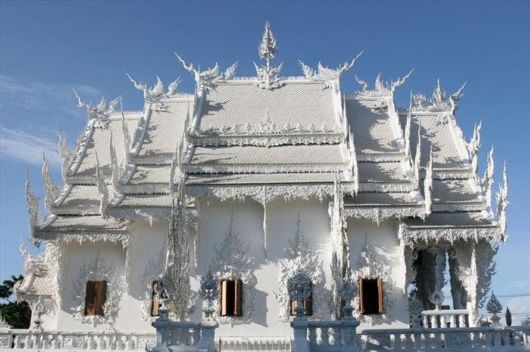 The main building is painted all in white to symbolize the purity of the Buddha. It is covered with a mosaic of mirrors, alight in the sun, which gives it a holy look. 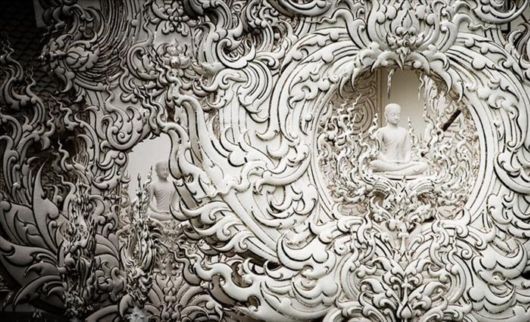 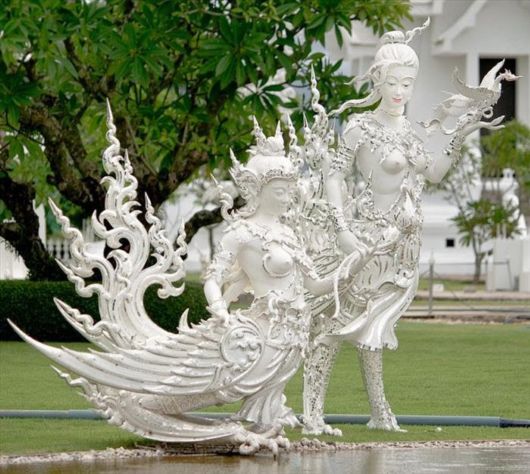 But around the building, the atmosphere is a lot less holy. Complex statues of demons and skulls, severed heads hanging from trees and other strange objects, promise the traveler an otherworldly experience. 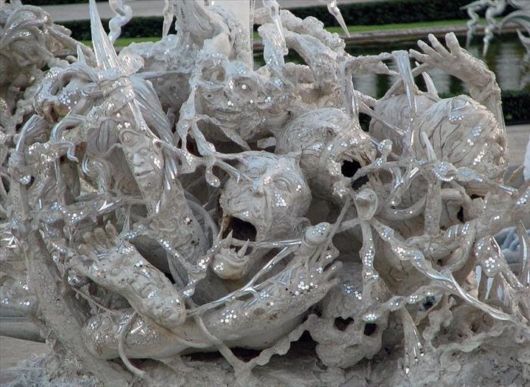 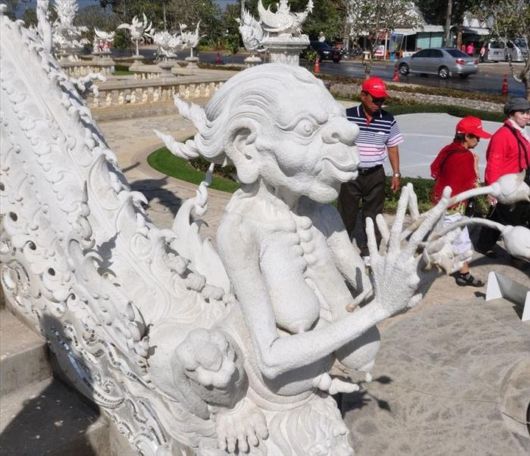 The main building is part of a 12 acre compound, that will hold 9 different buildings. But to get to the main building, you’ll need to cross a bridge over a creepy moat that has arms coming out of it, symbolizing desire. 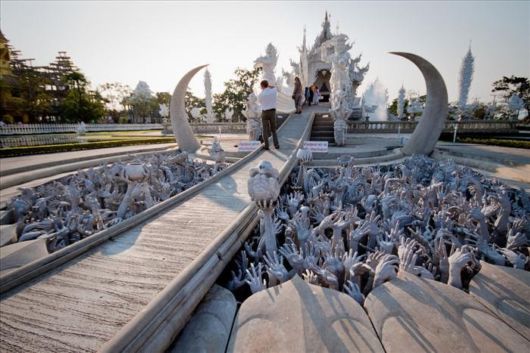 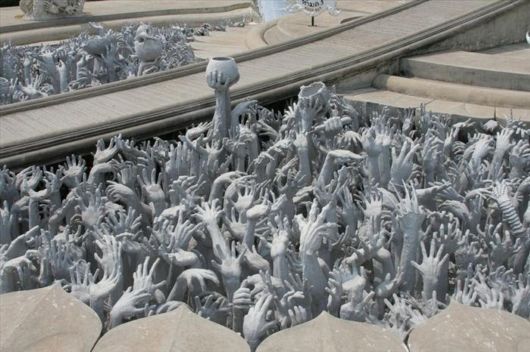 The surreal experience doesn’t stop outside, but continues within. 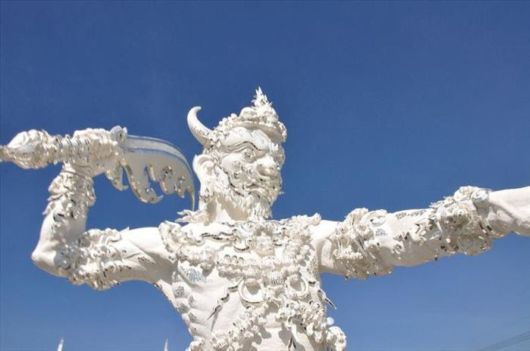 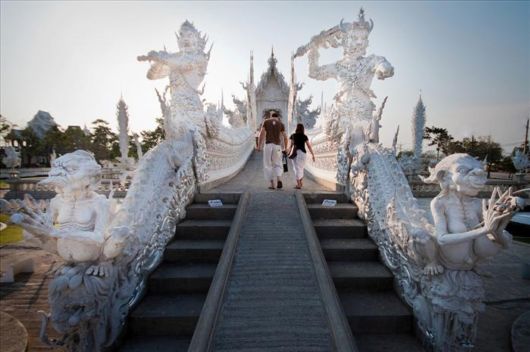 If you thought to be welcomed by statues of Buddha and white angels, you’ll be surprised to discover huge wall paintings coming from western popular culture. 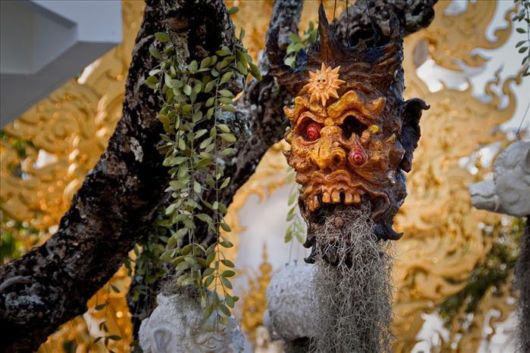 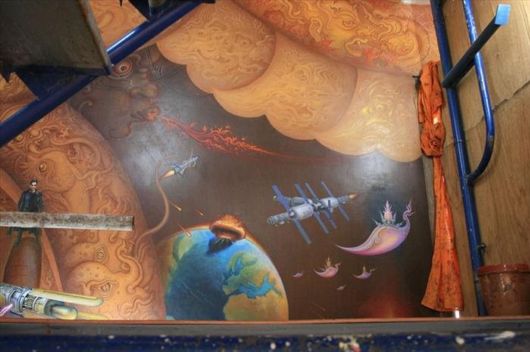 Instead of battling demons, Chalermchai Kositpipat decided to take scenes of epic battles between good and evil, and put it in a buddhist context. And so we see paintings of batman, superman and even Keanu Reevs as Nemo from the matrix movies. 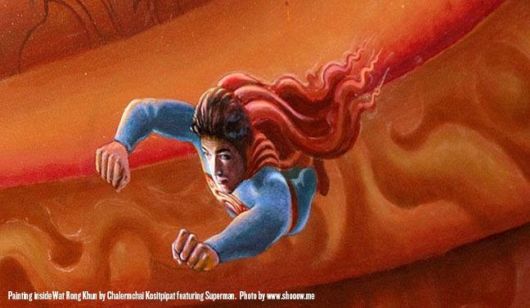 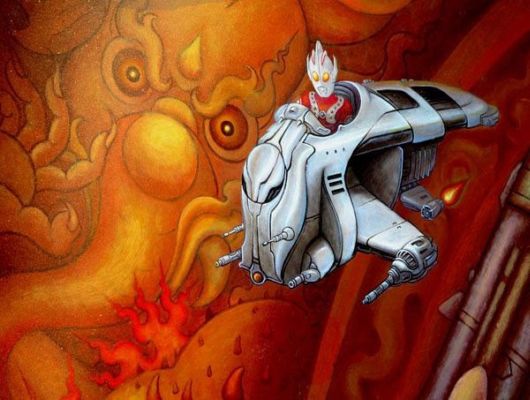 And in the middle of this chaotic mess, sits the serene image of the buddha, surrounded by golden flowers and hovering angels, in a heavenly kingdom. 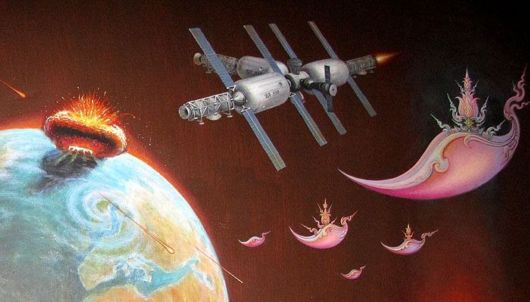 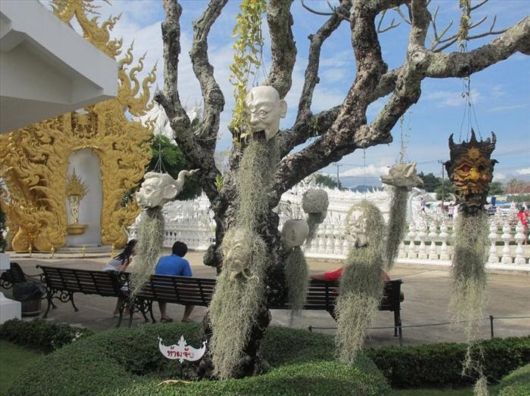 The white temple was built to serve as a learning and meditation center for people, and there’s no doubt it gives much inspiration…