There aren’t many countries in East Asia that have gone through such great turbulence in the last two centuries as Vietnam. The country on the southeastern tip of the continent was liberated from French occupation only during the 1950s only to then get into the brutal and infamous Vietnam War against the American army a few years later, which ended with the communist regime taking power. The whole country and turned it into a closed dictatorship. Despite all this, Vietnam hasn’t lost its rare natural beauty, ancient culture and authentic heritage that characterize it, and the various wars have added to it a dimension of fascinating history. Today it is a growing tourist destination in this part of the world, and it is open and inviting to tourists and travelers. After taking a three-week trip to Vietnam, I’ve compiled a list of the 13 most beautiful sites and destinations in the country. Once you learn a little about them and see them through pictures, I’m sure you’ll be ready to do anything to visit them! 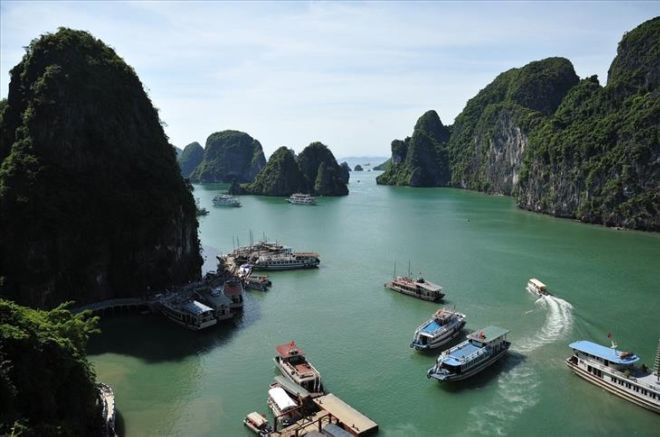 At the northwestern tip of Vietnam, a really impressive and unbelievably beautiful gem of nature is hidden. The green Ha Long Bay area, with its crystal-clear waters and huge rocky cliffs rising from the sea, has been praised by the world for its beauty, and indeed it is a small piece of paradise, which has even made the list of the 7 World Natural Wonders. It’s worth visiting Vietnam even if only to visit this amazing area, where you take a magical cruise between the Gulf islands or indulge in one of the hotels scattered around the area. 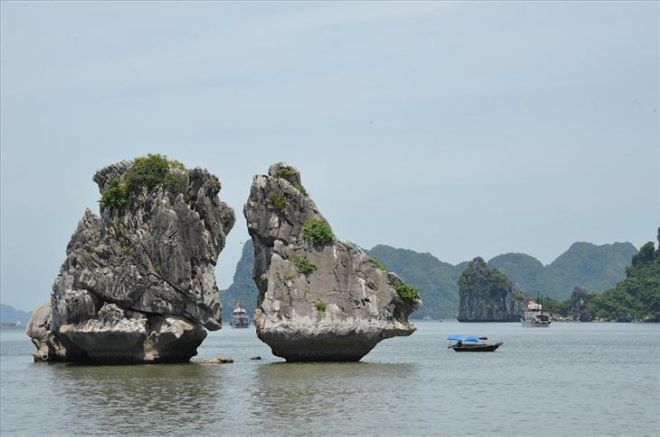 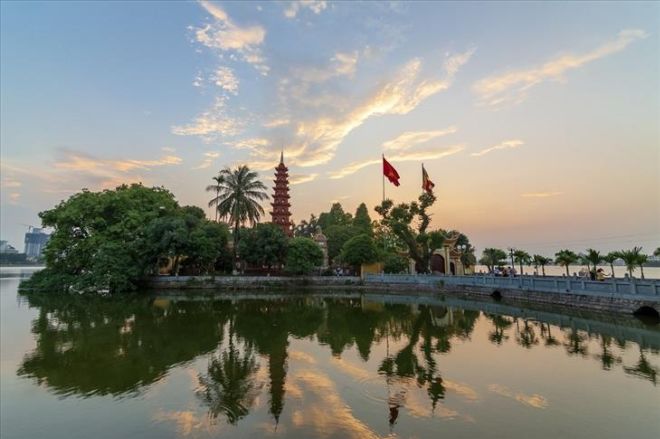 Vietnam’s vibrant capital is a city that combines old and new, between luxury and simplicity, and colonial motifs from the days of French rule to authentic East Asian motifs. To get to know Hanoi in the best possible way, we recommend simply taking an evening stroll to the ancient and central part of the city, where you’ll be impressed by Lake Kiem and the extensive recreation area around it, as well as by the unique Ngoc San Temple located on a small island in the heart of the lake. 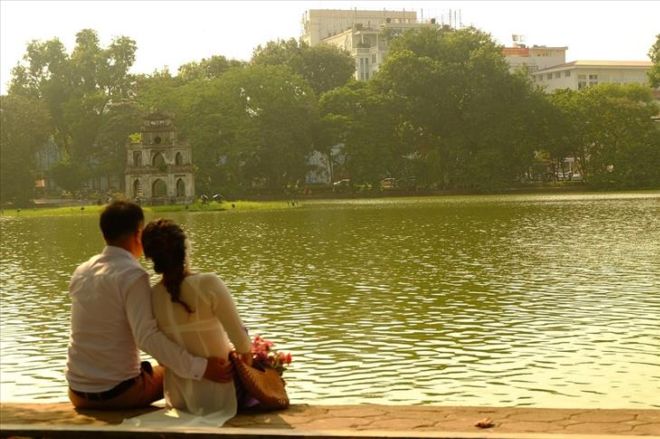 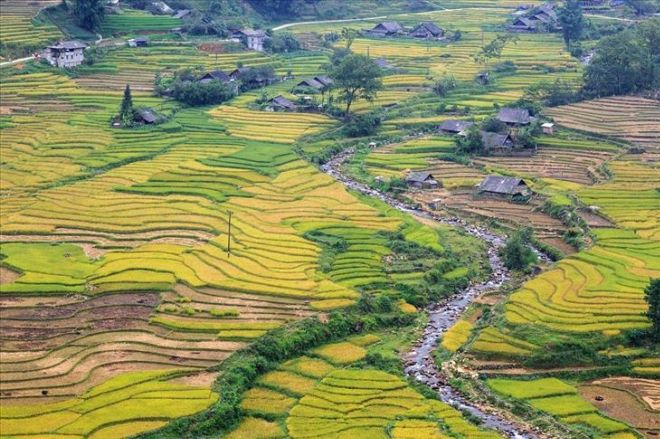 In the small, mountainous and touristy town of Sapa, you’ll be able to take in a special sight that is considered characteristic of Vietnam: the wide rice terraces that cover the surrounding areas. As a result of the high point where it sits, the weather in Sapa is cool and dry (as opposed to the humid and warm weather in the rest of the country) and in the surrounding countryside you’ll meet different ethnic communities living here and turning the area into a celebration of smells, tastes, and sights you won’t see anywhere else. 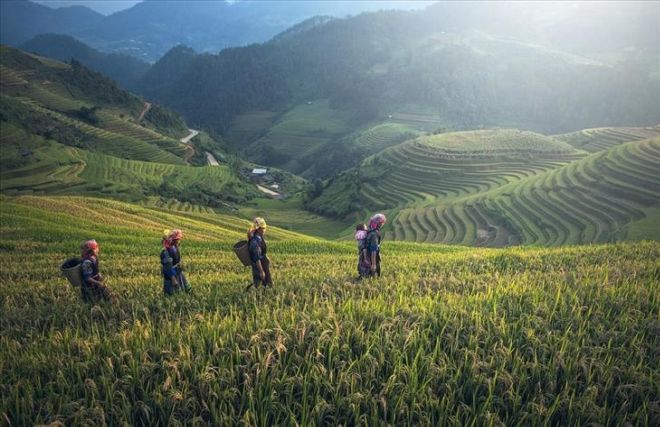 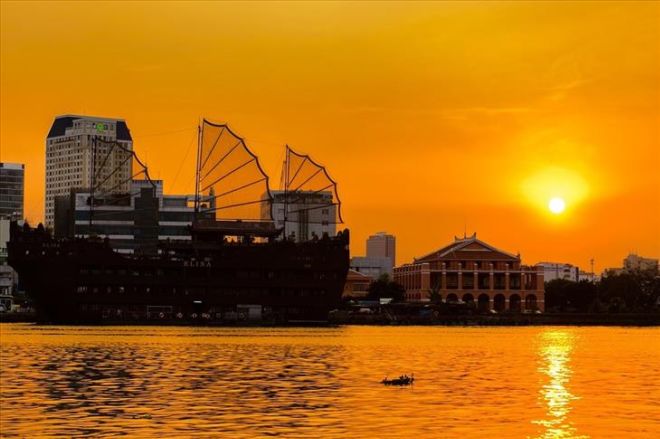 The capital of the southern part of Vietnam – better known by its historical name, Saigon, and considered the economic center of the country – is a busy city filled with attractions that teach a lot about its character and heritage. You’ll feel it yourself by visiting two major sites in the city: the Union Palace and the War Remnants Museum, where you can learn about the history of the Vietnam War and the scars it has left behind in the country. At the same time, from a visit to the Hindu temple of Mariamman or to the city’s Notre Dame Cathedral, you’ll be introduced to the cultural richness and religious acceptance that exists in the city. 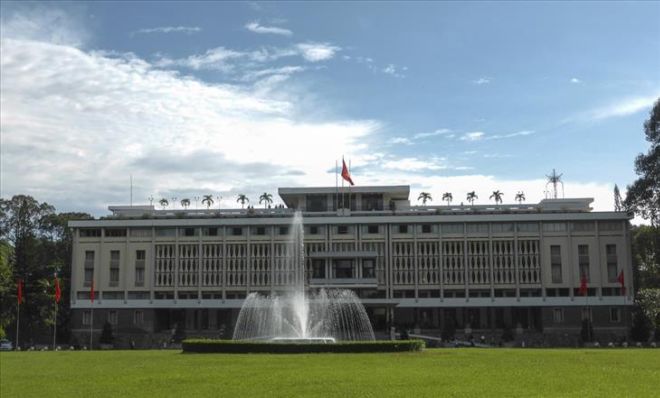 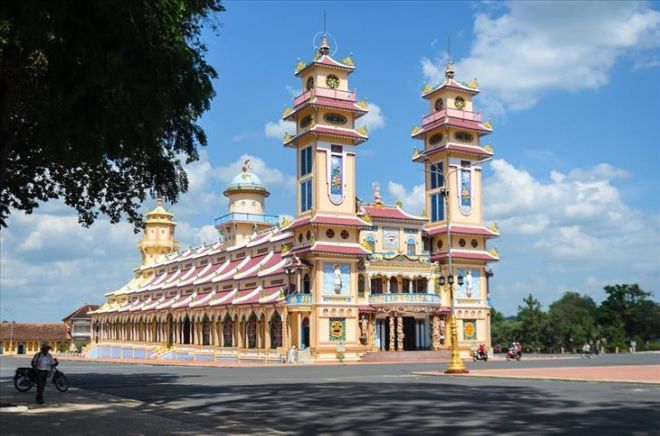 Kao Dai is a unique religion founded in Vietnam during the 1920s which now has about 5 million believers. During a visit to the colorful religious center, located 90 km from Ho Chi Minh City and open to the general public, you can see the various motifs that characterize this religion, which combines Buddhism, Islam, and Christianity, and you can witness the extraordinary prayer services of its believers which include playing authentic musical instruments. 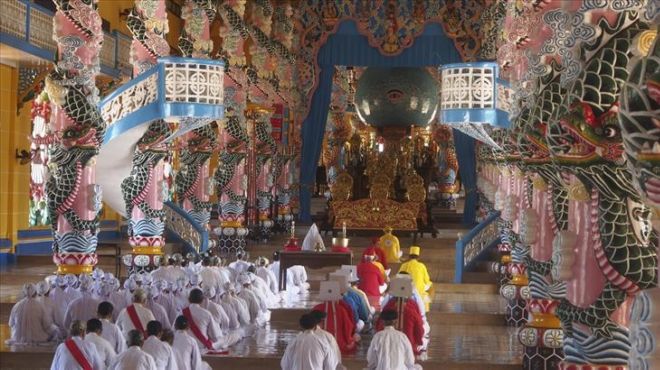 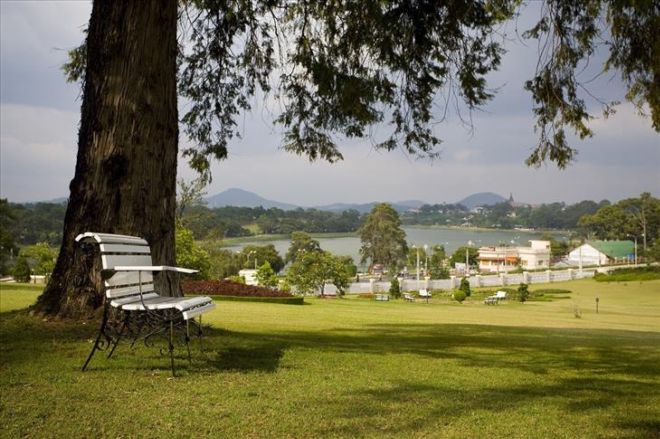 In the central part of the South Vietnam region, you will find Dalat, a small, peaceful and well-maintained resort town, with pleasant cool weather resulting from its mountainous location. There are plenty of pleasant and charming attractions in Dalat, but the most special and exciting is a motorbike tour around the city, where experienced local guides, known as Easy Riders, take you on a guided tour of the town’s streets and rural areas. 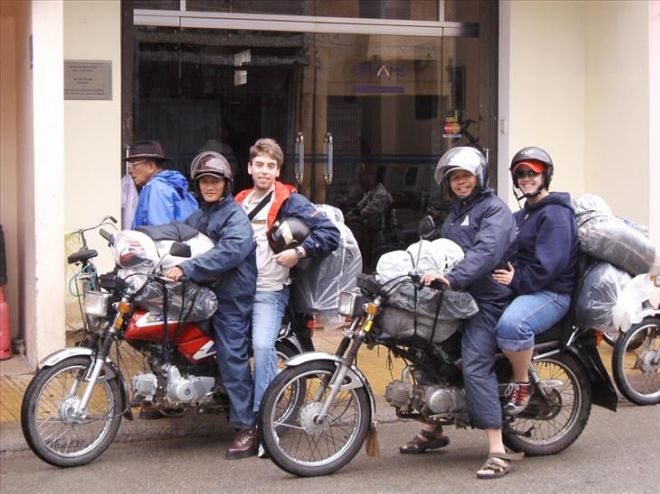 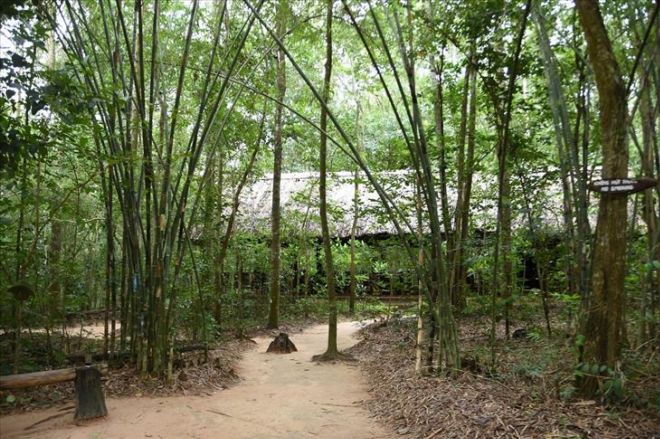 If you want to enrich your knowledge about the Vietnam War, the Cu Chi Tunnel, located in a rural area in the heart of the forest, about 35 km from Saigon (Ho Chi Minh City). In this area, a secret base was established during the Vietnam War, which was used by the Communist underground fighters, the Vietcong, who fought against the American army. Here you can see some of the weapons and traps used by the Vietnamese fighters, and if you’re brave enough, you can also crawl into a network of underground tunnels, 300 meters long, that the fighters set up for hiding and surprise attacks. 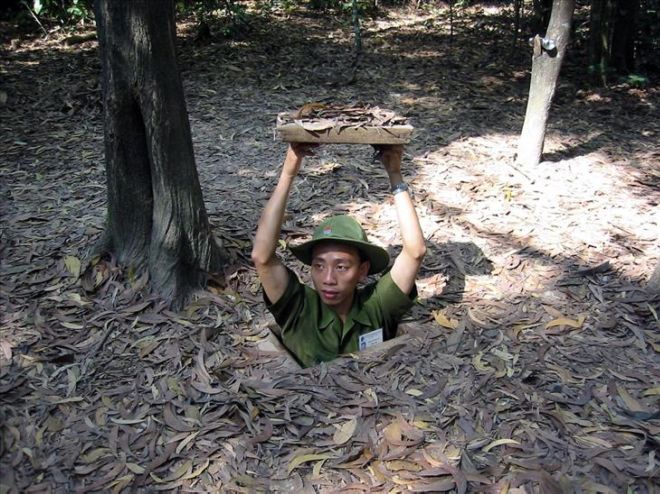 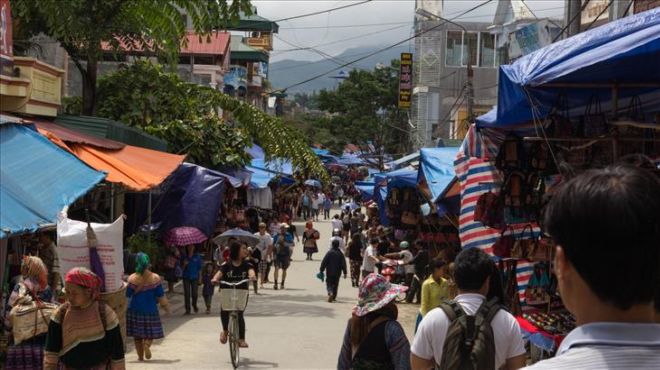 Although in recent years Bac-Ha market in northeastern Vietnam (3 hours drive from the town of Sapa) has been washed out by tourists, it doesn’t mean its not still worth visiting – because the experience of the tour remains authentic and special. The market, which opens every Sunday, is full of shops and stalls that offer a variety of local crafts, clothes, art objects that are characteristic of the area, and more – you can concentrate all your souvenir shopping on this part of your trip. 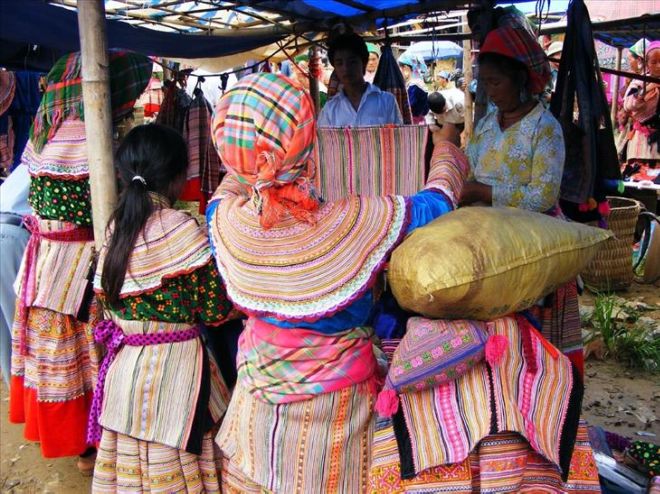 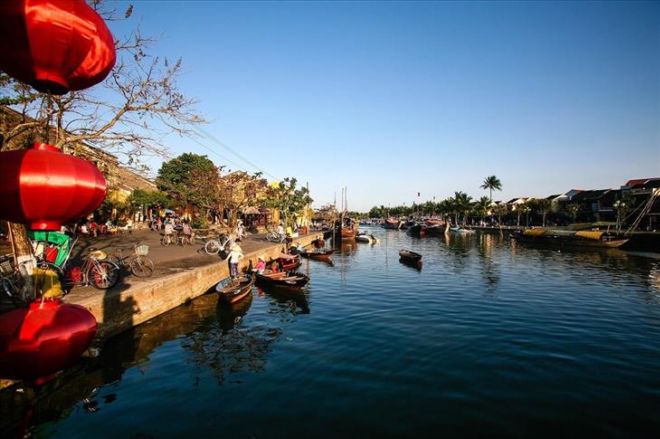 The ancient resort town of H?i An, located in the center of the eastern coast of Vietnam, was recognized as a UNESCO World Heritage Site in 1999. An evening stroll through the city’s pedestrian street, illuminated by paper lanterns, will make it clear to you why this charming place is indeed worthy of such a title. Here you can sit on the ancient Japanese bridge – one of the city’s historic symbols, as well as dine in one of the many restaurants or cafés scattered here, and you can buy yourself a new tailored-to-you garment as H?i An is known as the tailors’ capital in Vietnam, with many offering attractive prices. 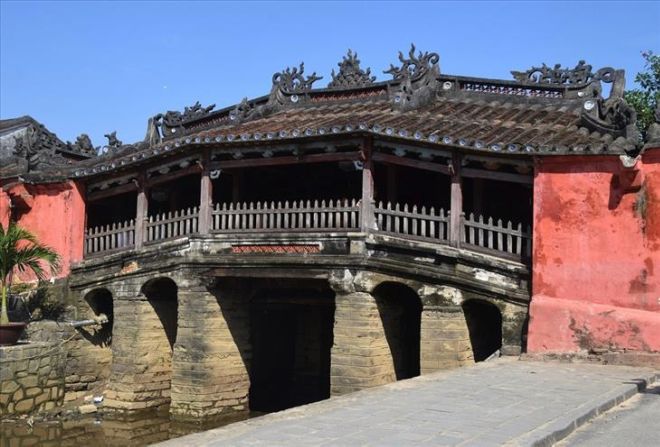 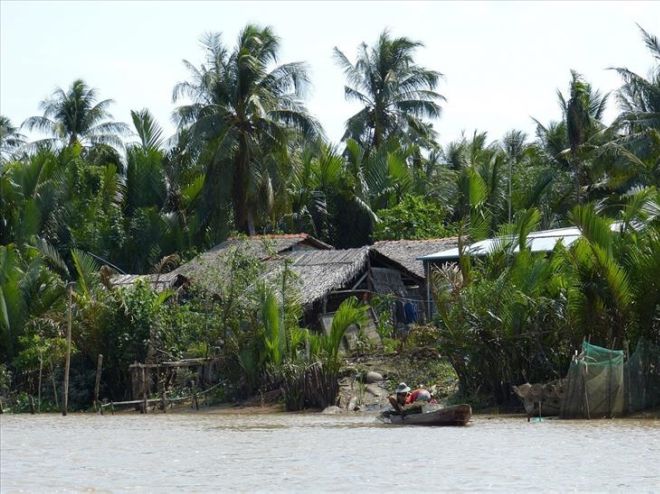 At the southernmost tip of Vietnam sits the Mekong Delta, from which the Mekong River – one of the largest in Asia – flows into the sea. This is a unique rural area that you won’t see anything like in the country, and in this area, you’ll be able to get to know the local and extraordinary way of life, which is based mostly on this significant source of water. For example, you can visit the floating market of Kai Rang – an unusual market where all trading is conducted on boats in the heart of the river. Take a morning tour on a tourist boat that cruises between the trading boats and witness a spectacle you probably won’t see again. 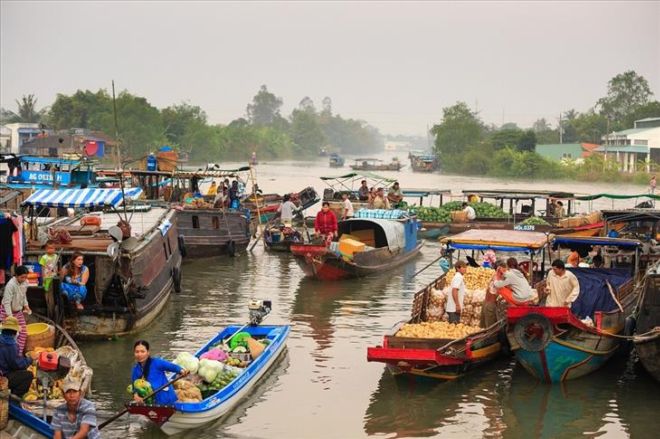 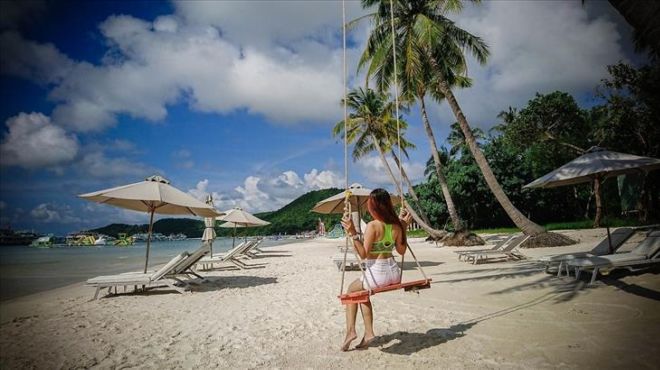 If you dream of peace, tranquility and isolated tropical beaches, do yourself a favor and come to the island of Phu Qu?c, where you will find all this and more. On this vast island, facing the west coast of Vietnam, you will find many treats for the soul and sunset sights to satiate you for a lifetime. Apart from the never-ending recreation on the island’s beaches, you can also take a boat trip around it and visit the local markets. 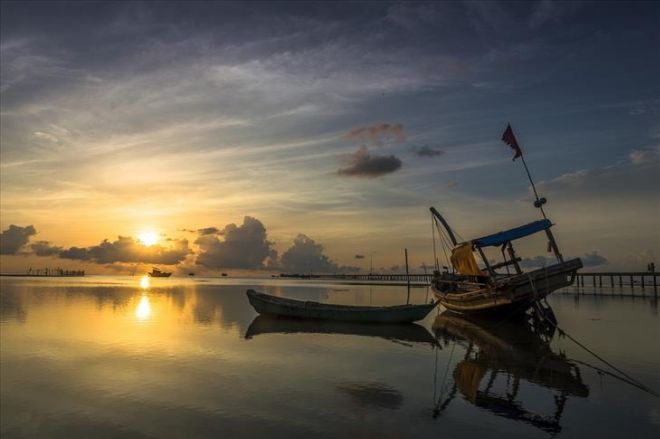 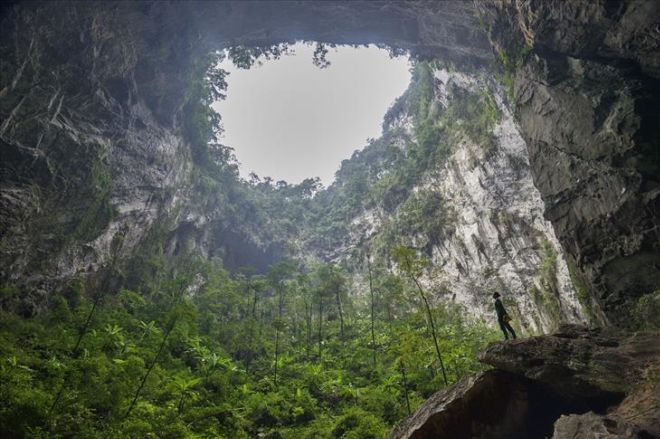 This wonderful nature site, located in central Vietnam, is a must-see destination for any nature enthusiast coming to this East Asian country. The park has been recognized as a world heritage site since there are no less than hundreds of different caves totaling 126 meters, including Sun Dong Cave – the largest cave in the world. The park is also one of the two largest limestone regions in the world, with no less than 96.2% of its area covered with forest, 66 species of animals and 381 vertebrate species. 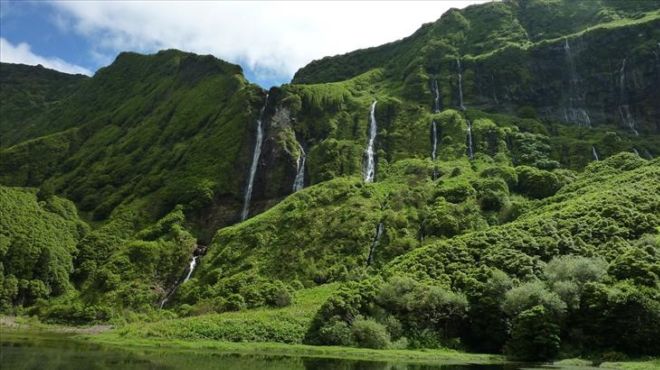 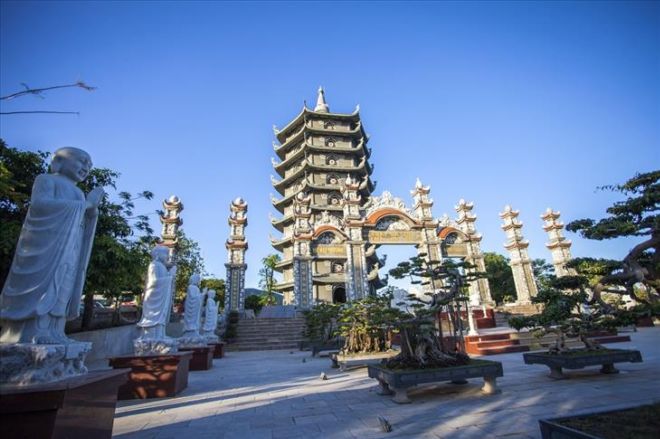 Hue is the historic ally of Vietnam, which served as the state’s administrative center between 1802 and 1945, during the period when the Nguyen Dynasty dominated it. Accordingly, in the historical center of the city, the Capital District, some of the historical monuments and wonders of Vietnam’s beautiful architecture, such as the Forbidden Purple City, preserve the rich and fascinating historical heritage of the country. 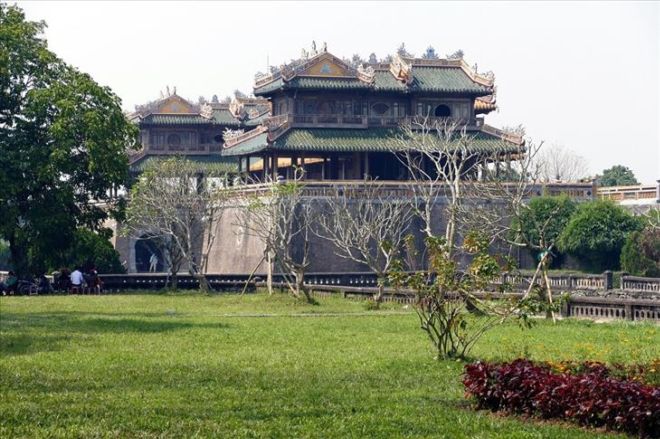