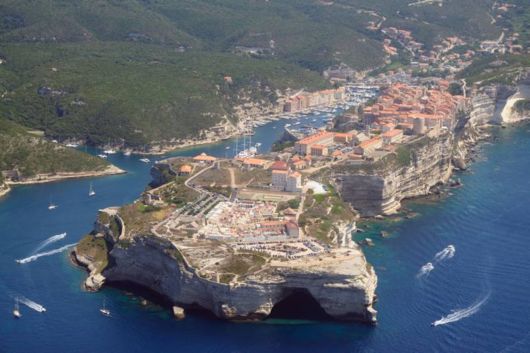 I often try to be interested in more interesting photos, wallpapers on the desktop, pictures. As the beauty even more enjoyable when at least some idea where it is.

As always saw an interesting photo and decided to dig deeper – where is it? How is it?

Well let me tell you now all it is about this town more .. 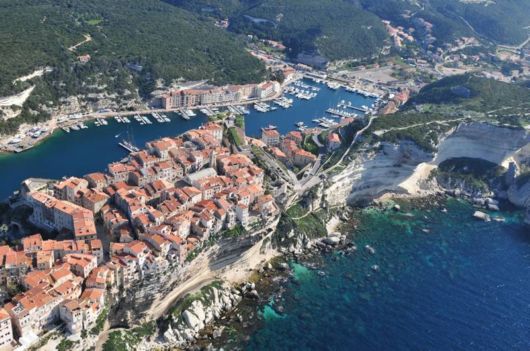 In the south of Corsica is a magnificent secluded peninsula, composed of dazzling white limestone. On the south-west coast, on a long and narrow headland, is the most photogenic and colorful city of Corsica – Bonifacio (Bonifacio, Bonifaziu), the waterfront is already visible Italian Sardinia. 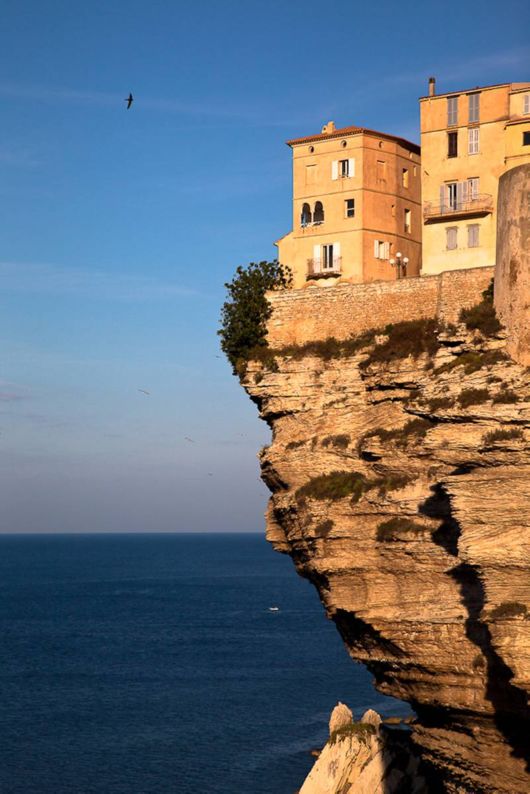 Crowning iskhlestannye sea waves white cliffs of Old Town from Ville is an intricate network of narrow streets with high mansions obviously Genoese style crown framing chasm natural harbor. For many centuries, the great harbor at the entrance to the Strait of Bonifacio stormy gave shelter to thousands of ships, and today has become a luxury marina, where you can meet the court from all parts of the earth. City sufficiently isolated from the rest of Corsica and still retains its distinctive architectural style with the obvious influence of the Renaissance, its dialect, more like Italian Ligurian, and their rhythm of life. Despite the exorbitant prices, the crowds (especially in August) and the apparent commercialization of everything (quite atypical for Corsica, by the way), Bonifacio clearly deserves at least a short stop, because this old Genoese Republic can offer guests and many historical monuments. 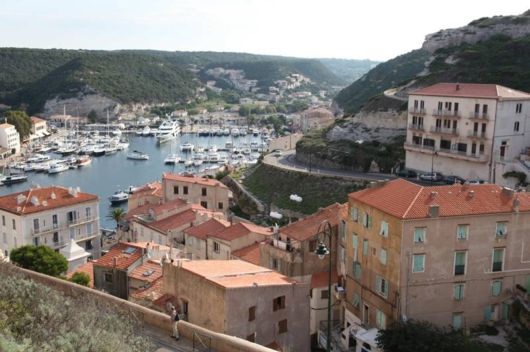 The most colorful, except for the general appearance of the city, the object Bonifacio – urban stronghold with a picturesque cemetery and Aragon stairs going down from the wall to the water. Date of establishment of the fortress goes to hoary antiquity. One thing is certain – the XII century on the hill of Monte Rastelli was already a powerful fortress, which has experienced a lot of unsuccessful assaults. Only in 1554, after nearly a half-year siege, the French were able to capture the fort, which became at that time is simply a pile of rubble, and then carefully restored it, like many caught between the walls at home, which in those days, in general, , and is the city itself. Interestingly, many of the house-fortress were designed so that they can get it only by special ladders, through the top floor, so easy to imagine this kind of assault on the fortifications. 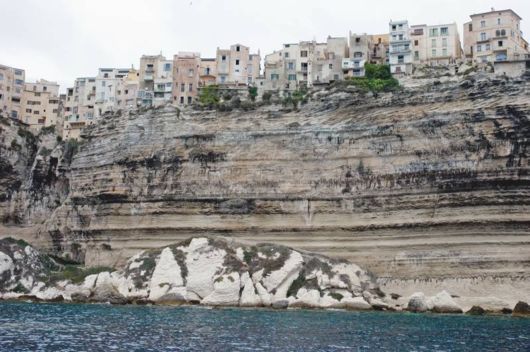 Just below, built along the waterfront hotels and restaurants Comparetti stretches the famous marina Bonifacio. On the opposite hill of Monte Roche rises the church Chapelle-Saint-Roch (XVI c.), Which is a drawbridge Porte des Gene, once the only entrance to the city. 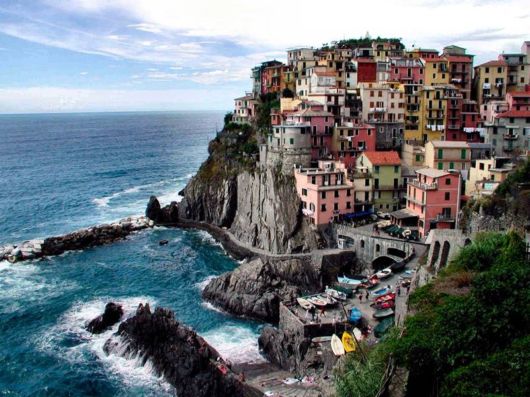 Outside the gates, at the Plaza de Armas, you can see Etandar bastion – the only surviving fragment of fortifications destroyed during the siege of 1554. Nearby are decorated with marble shield the house in which he lived for three months, Napoleon (1793), the famous street rue du Palais de Garde with its arcades and double-arched windows, the church of Saint-Marie-Mazher (XIV-XVIII centuries.), Guard Torrione Tower (1195, height 35 m), which lies just west of the historic quarter Bosco to the cathedral of Saint Domenico (XIII-XVIII centuries., a rare example of Corsican Gothic architecture) and occupying the edge of the plateau the monastery of Saint-François and Marin cemetery whose white crosses stand out against the background of blue sea and sky. 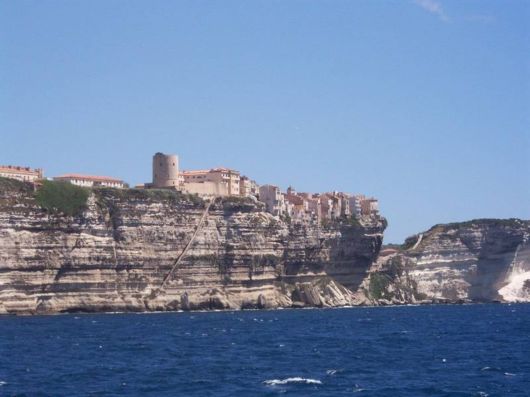 Beaches around Bonifacio can not boast the size and ease of entry into the sea, and the very strait is notorious for its strong currents and persistent winds, so most of the tourists go to the beaches of the Bay of Santa Manzo (Saint Amantsa) and Rondinara Bay (9 km north of the city) as well as to small coves Pyanterella, Sperone, Katalonga (3-7 km east of Bonifacio). 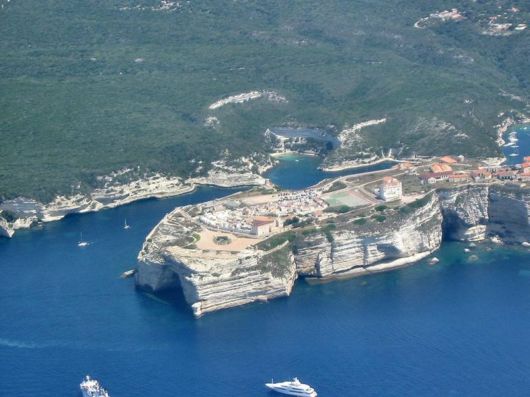 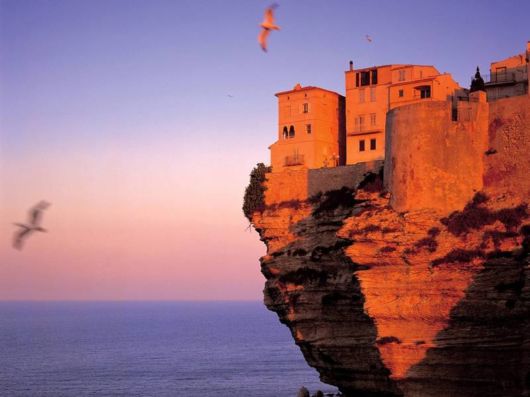 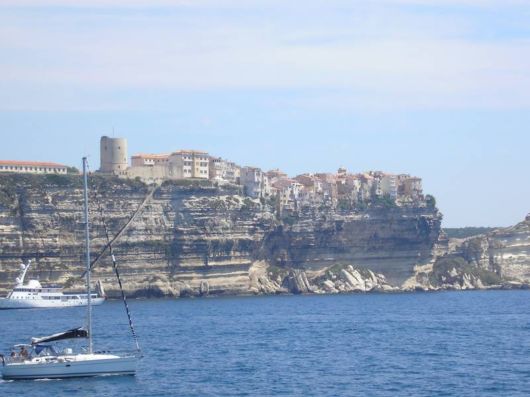 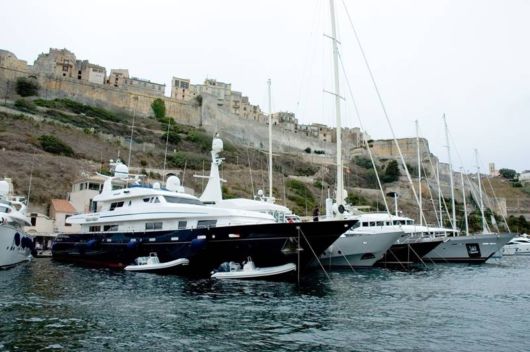 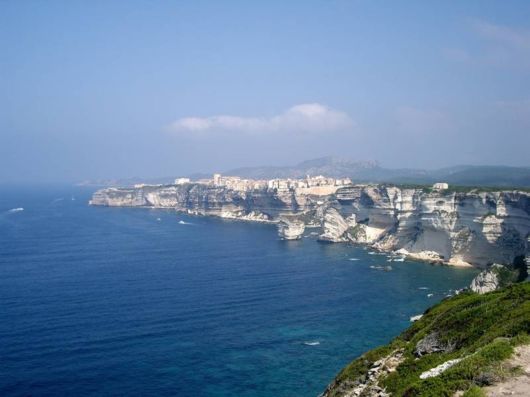