The Wuppertal Suspension Railway or Wuppertaler Schwebebahn, is a suspension railway in Wuppertal, Germany, It is also known as “Electric Elevated Railway”. The suspension railway became a symbol and landmark of the German city Wuppertal. Hanging rail included with public transport feet of the city and is a double-track monorail suspension system on the platforms on which the “suspended” cabins for passengers. Wuppertal suspension is one of the oldest monorail still in working today, and this is the worlds first and the only suspended monorail in the world. This hanging rail was originally proposed in 1824, the cars was pulled by horse teams on the ground, while a prototype was built, but in 1898 the idea of a suspended monorail was dusted off, this time to powered by electricity. The construction of this project was began in 1901 and it was completed in 1903, at the cost of 16 million Gold-marks. Emperor Wilhelm II took the inaugural ride. 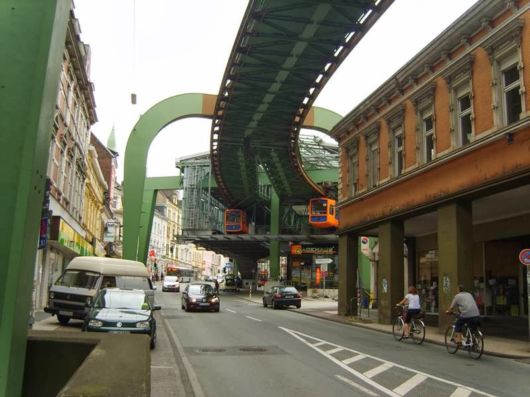 railway pass over the Wupper river at a height of about 12 meters, the remaining 3.3 kilometers above the streets of the city at a height of about 8 meters. Maximum train speed is 60 km/h. Even after over a 100 years, it is still the easiest and fastest way to get around the city. First Image by Flickr user Dede90 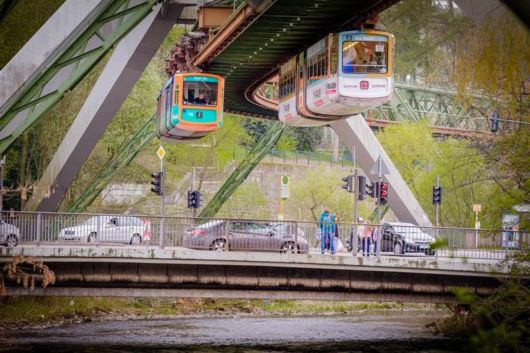 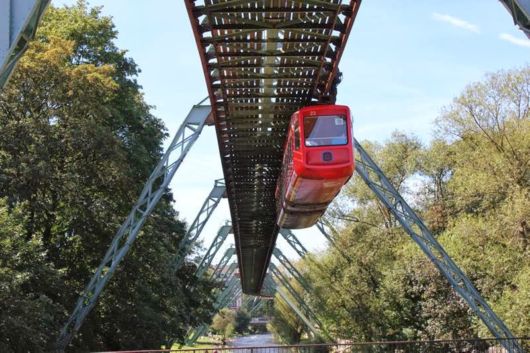 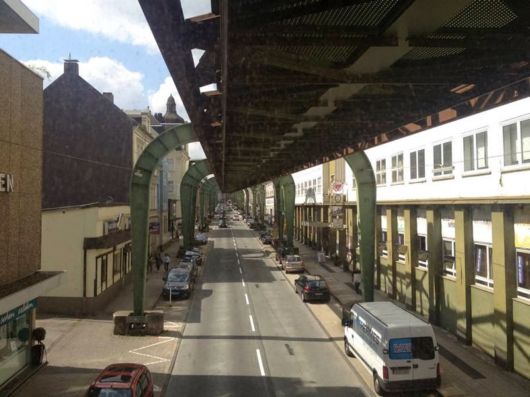 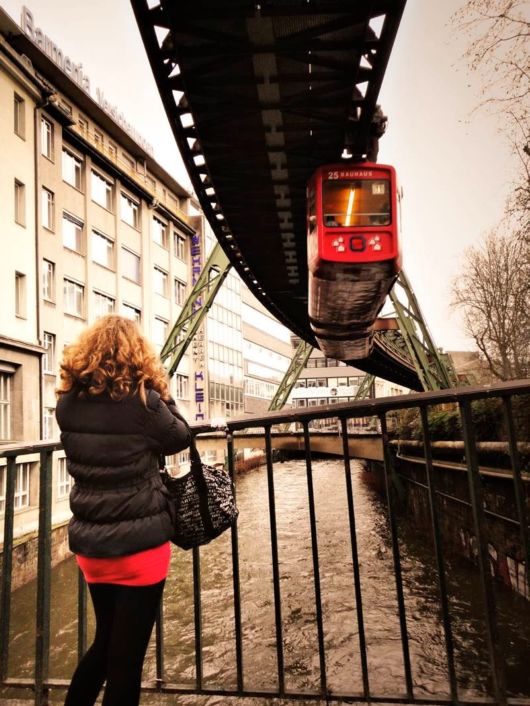 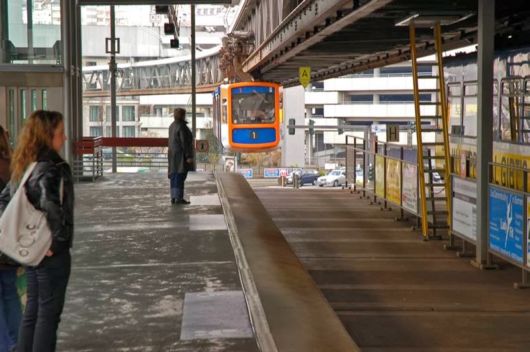 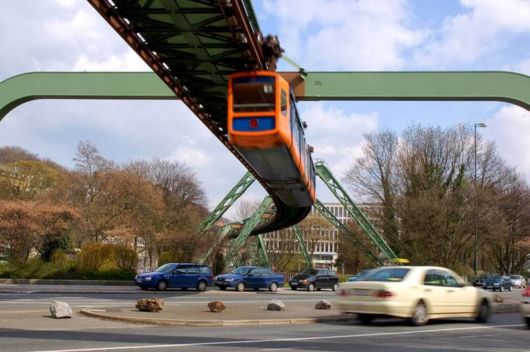 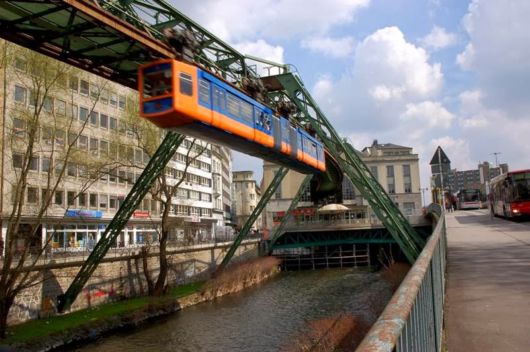 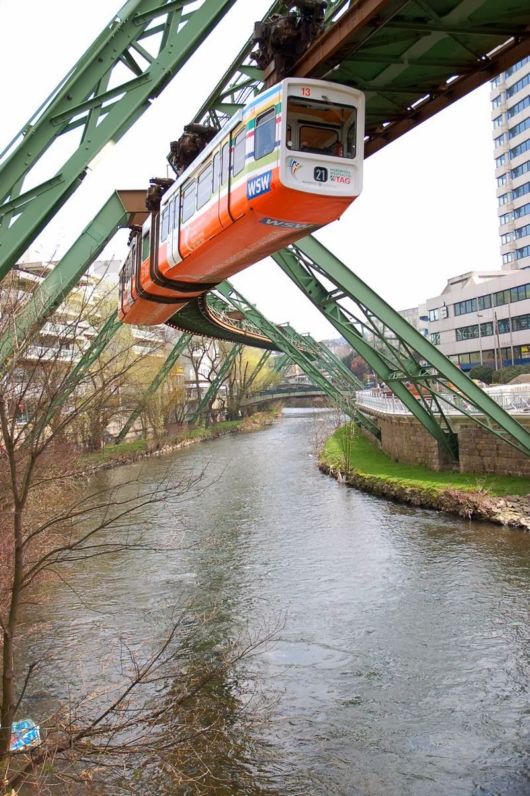 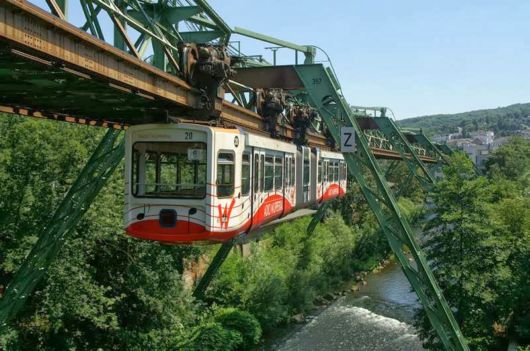 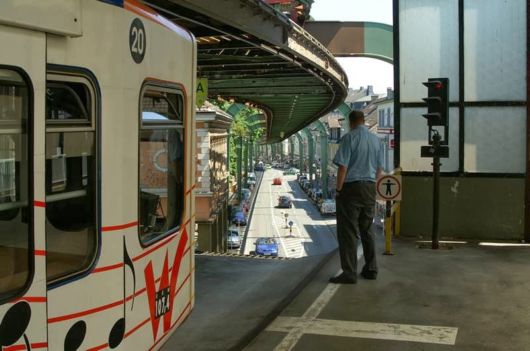 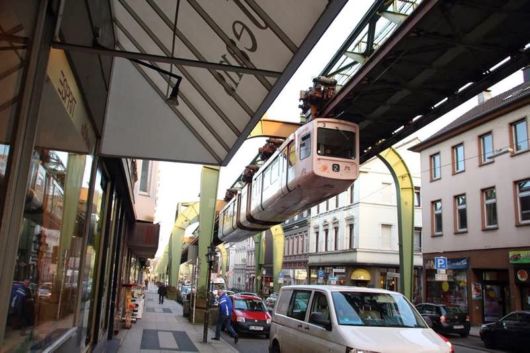 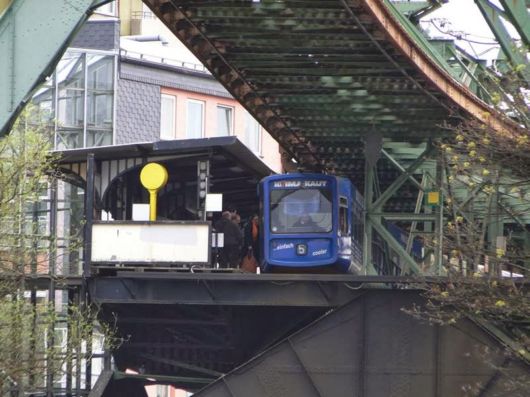 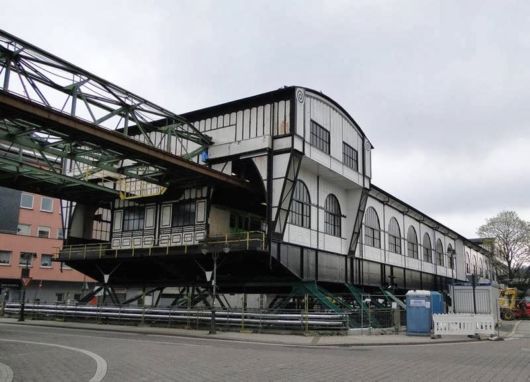 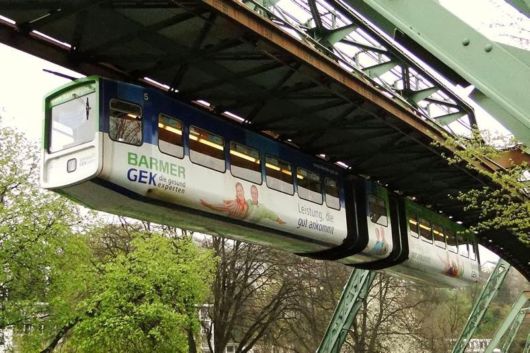 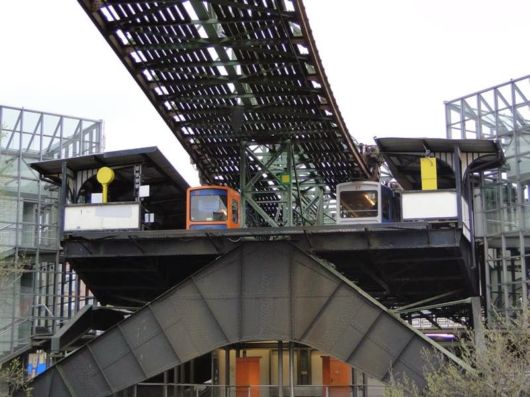 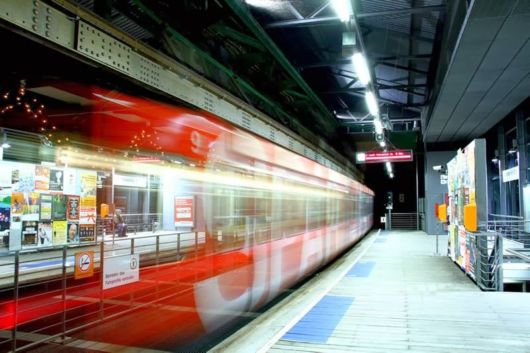 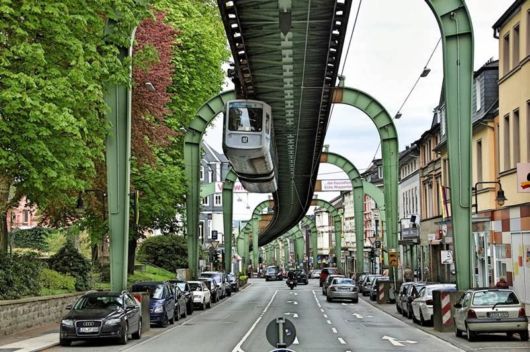