When you are traveling around the world you most likely want to see some historical and grand monuments, perhaps even some art and a sense of serenity. These 6 grand structures have all of that and more. They are the largest and possibly some of holiest places in the world for Christians. Each of these 6 churches and cathedrals is full of wonder and beauty, and are truly marvelous places to visit regardless of your religion. 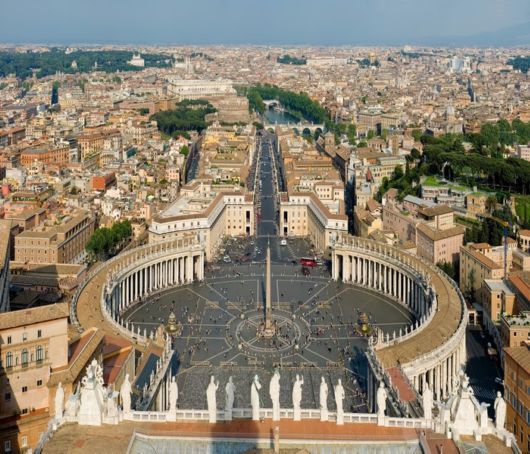 Located in the heart the Vatican, St. Peter’s is considered by many to be the most renowned work of the Renaissance architecture. It was designed by the likes of Donato Bramante, Michelangelo and Gian Lorenzo Bernini. It took over 100 years to complete, from 1506 to 1626, and its full interior size is 15,160 square meters (about 3.75 acres). By Catholic tradition, the basilica is the burial site of its namesake Saint Peter, one of the twelve apostles of Jesus. St. Peter’s is famous as a place of pilgrimage and also for services given by the Pope, drawing audiences of 15,000 to over 80,000 people. 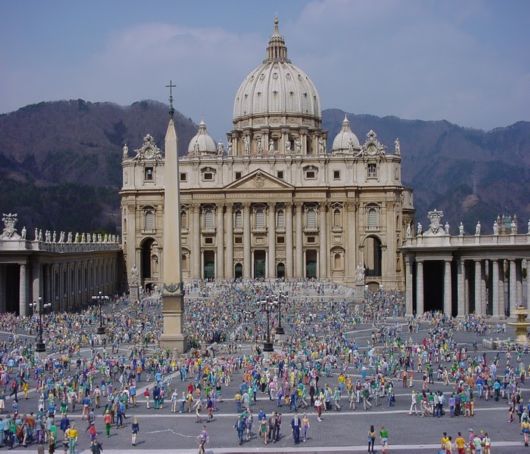 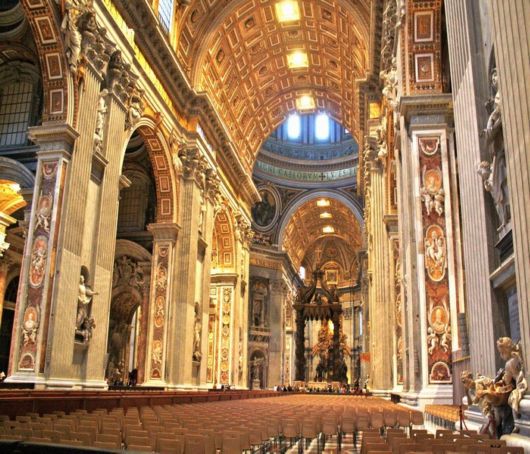 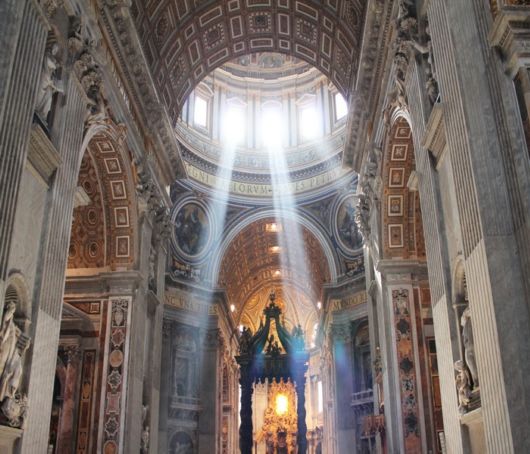 Basilica of the National Shrine of Our Lady of Aparecida
Our Lady Aparecida is a prominent Roman Rite Catholic basilica located in Aparecida, Brazil, built upon the ruins of an old wooden chapel from 1745. In 1955, Architect Benedito Calixto began the construction on the new basilica in the form of a Greek Cross, with arms 188 meter (617 ft) in length and 183 meter (600 ft) in width. The dome itself is 70 meter (230 ft) high and the tower reaches a height of 102 meter (335 ft). It has the capacity to hold up to 70,000 people and it has been twice awarded with the Golden Rose, a gold ornament given popes of the Catholic Church as a token of reverence or affection. 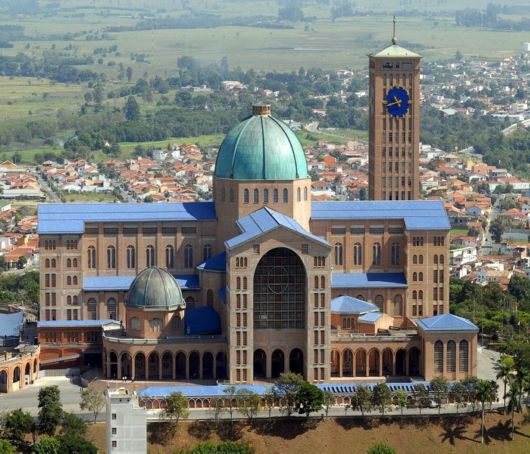 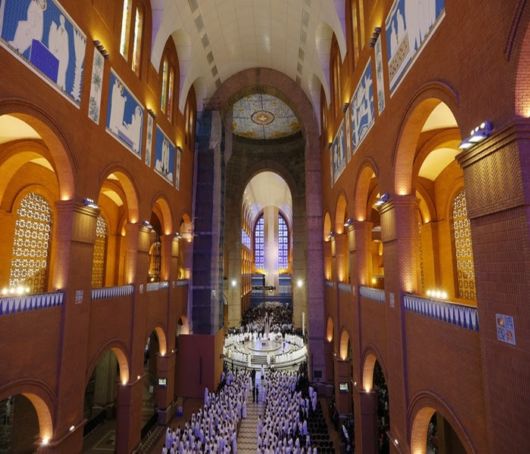 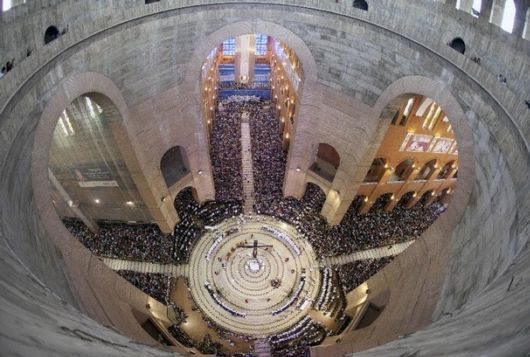 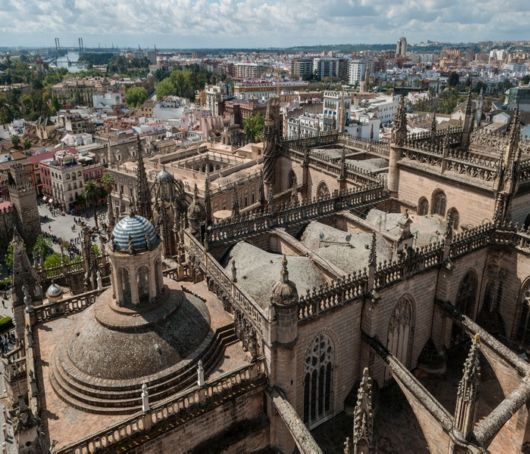 The Cathedral of Saint Mary of the See, better known as Seville Cathedral, is a Roman Catholic cathedral in Seville , Spain. It is the largest Gothic cathedral and the third-largest church in the world, that was registered in 1987 by UNESCO as a world heritage site. The Seville Cathedral has fifteen doors on its four facades, each with its unique name and design such as the Door of Baptism (decorated with a scene depicting the baptism of Jesus) and the Door of Saint Michael (featuring sculptures by Pedro Millan representing the birth of Jesus).
The 135 meter (443 ft) long and 100 meter (330 ft) wide cathedral contains 80 chapels as well as another great historical feature, the burial site of Christopher Columbus. 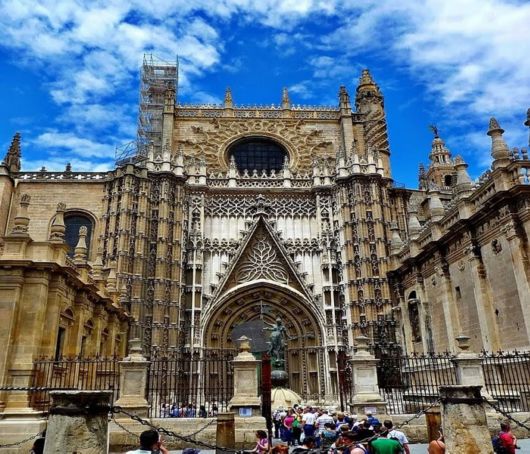 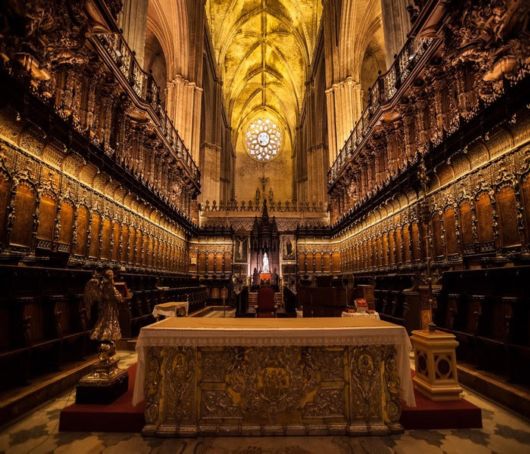 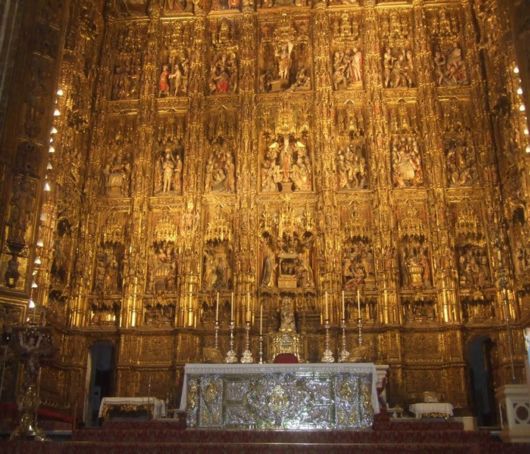 Cathedral of Saint John the Divine 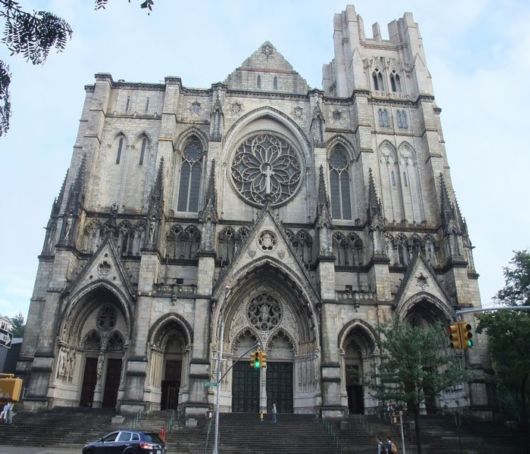 The largest Anglican cathedral in the world, the interior of ST. John covers 121,000 sq ft (11,200 sq meters), spanning a length of 601 ft (183.2 meters) and height of 232 ft (70.7 meters). The great west doors that lead to New York’s Amsterdam Avenue are probably the most iconic part of the church. They were designed between 1927 and 1931 and show 48 panels describing scenes from the Old and New Testaments, as well as the Apocalypse.
The size and structure of the Cathedral’s interior create superb levels of natural acoustics, making St. John a center for concert musical performances in New York. However, the best music in St John’s comes from the sounds of prayers and chants, accompanied by a great organ. Currently valued at over eight billion U.S. dollars, it is considered to be a priceless treasure in both the worlds of music and Christianity. 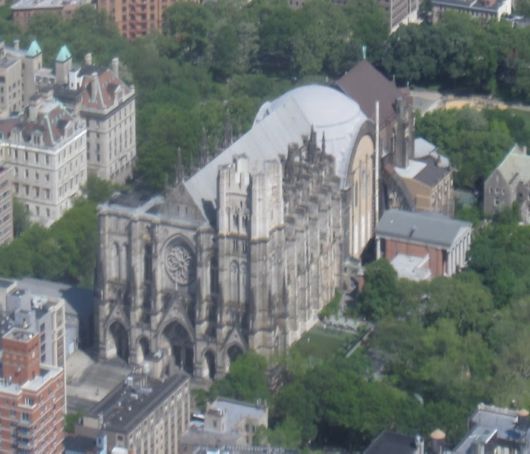 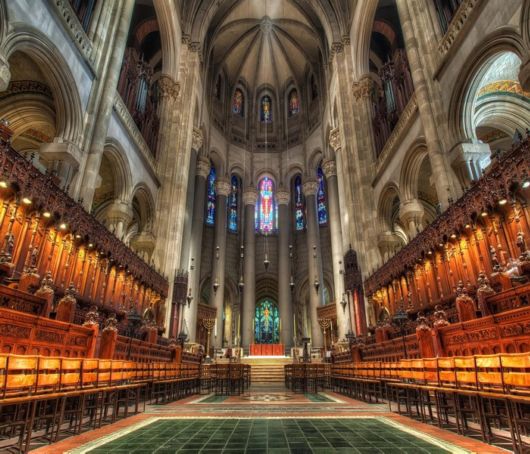 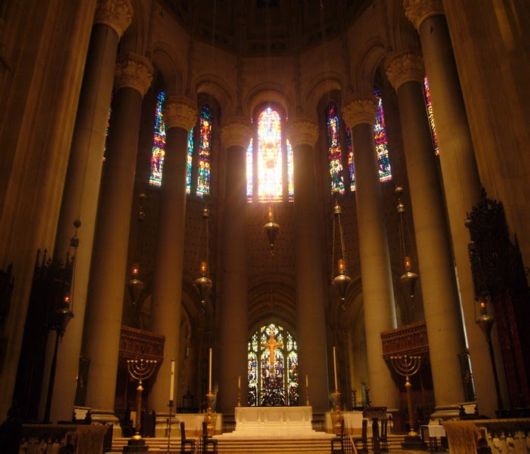 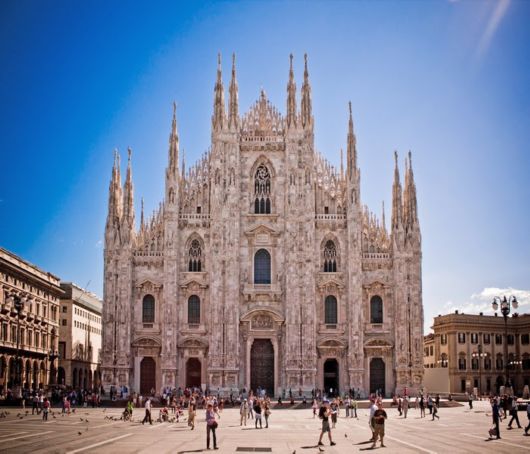 The Gothic Milan cathedral took nearly six centuries to complete, it is the fifth largest cathedral in the world and the largest in the Italian state territory. A plate from 1386 can still be seen on one of the walls, celebrating the laying of the first stone, but it was only completed in 1965. The interior of the cathedral includes numerous monuments and artworks including the sarcophagus of Archbishop Alberto da Intimiano, three magnificent altars by Pellegrino Pellegrini and one of the nails, reputedly, from the Crucifixion of Christ. The cathedral is considered a "must see" attraction in Milan, with most of the money from visitors being applied to the cathedrals preservation. 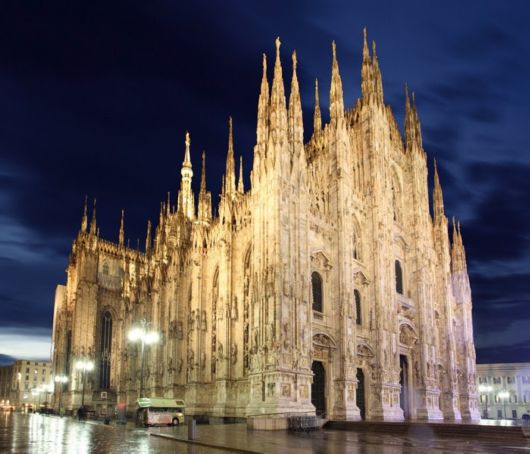 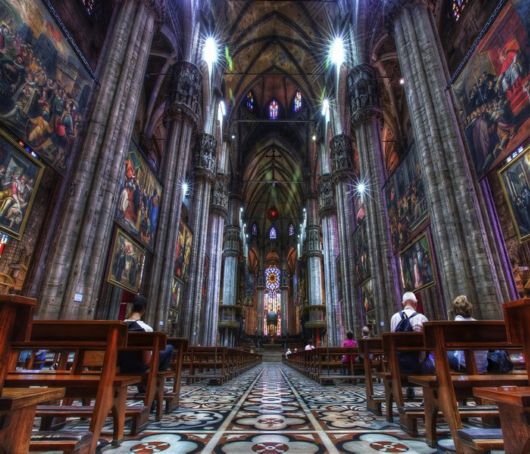 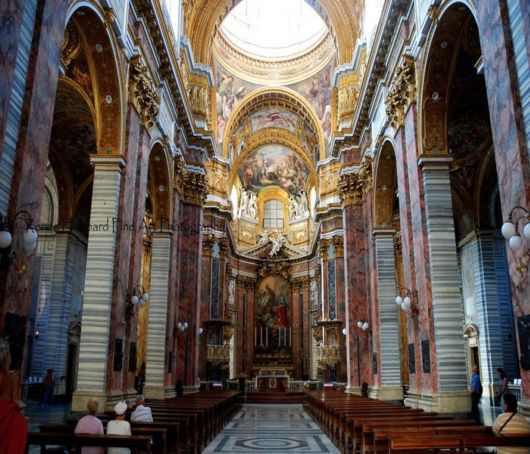 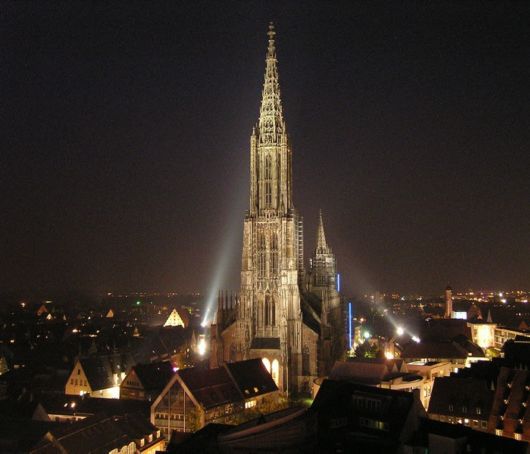 This Lutheran church in Ulm Germany isn’t one of the biggest in the world but it’s worth of a mention since it is the tallest. The top on the spire is 161.5 meter (530 ft) high and the building was the tallest in the world from 1890 to 1901. From the top level at 143 m (469 ft) you can see a wonderful panoramic view of Ulm, and in clear weather, even a view of the Alps. During World War II about 80% of the medieval center of Ulm was destroyed and yet the the church itself was barely damaged. Today it is home to many works or art such as the Dragon gargoyles on the way up the stairs, five large and beautiful stained glass windows and many late medieval sculptures. 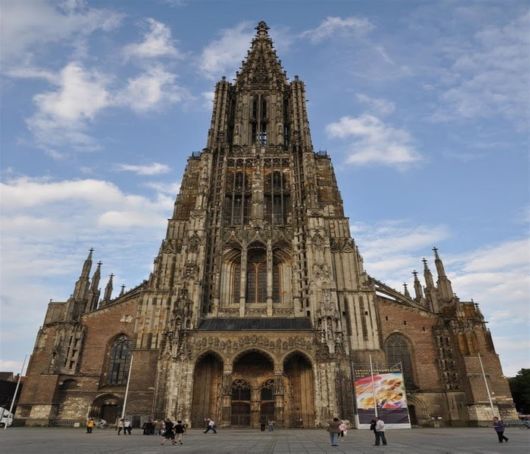 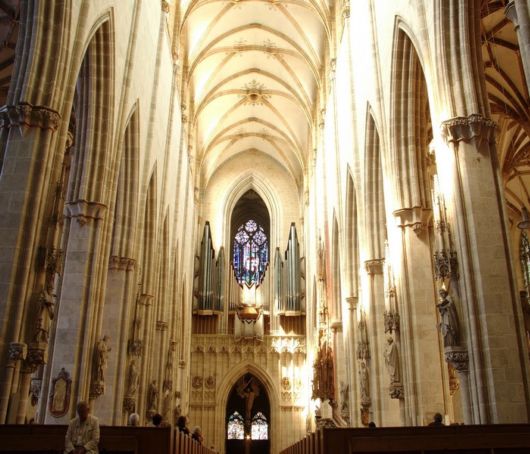 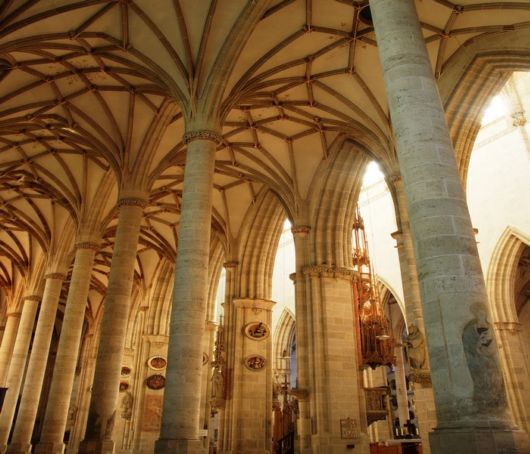