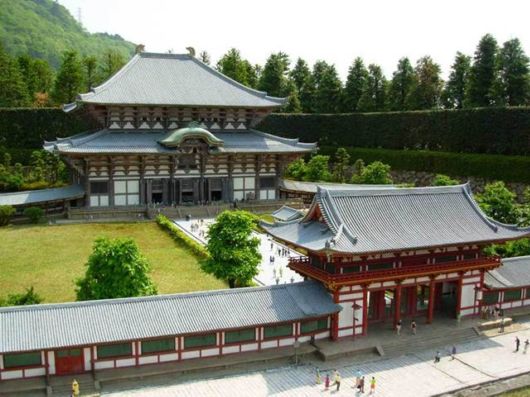 Todaiji (Great Eastern Temple) is one of Japan’s most famous temples and a landmark of Nara. Located in Nara Park, in central Nara, Todaiji was constructed in 752 as the head temple of all provincial Buddhist temples of Japan. Todaiji derives its name from its location east of Nara, which was the capital of Japan when it was built. Today, the temple serves as the Japanese headquarters of the Kegon school of Buddhism. 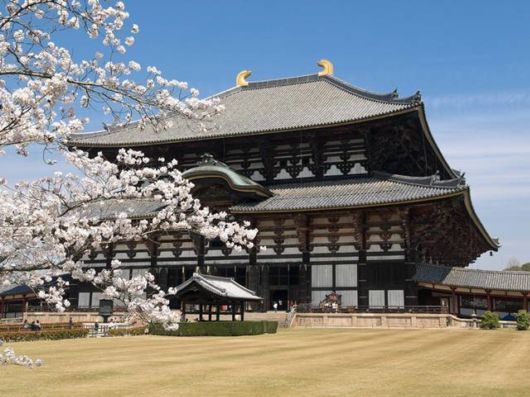 The monastery-temple Todaiji was founded by Emperor Shomu (r.724-749) when Nara was the capital of Japan. It was the head temple of the network of provincial monasteries throughout Japan.

Immense in scale (significantly larger than the temple that stands today), Todaiji represented the culmination of imperial Buddhist architecture. 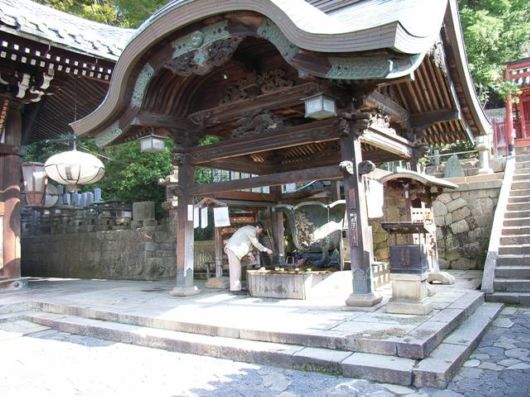 Todaiji is a temple of the Kegon sect of Buddhism, which reveres the Buddha Vairocana (Birushana in Japanese) as the cosmic, central Buddha. The principal image of the temple is a bronze statue of Vairocana, colossal in scale.

According to legend, nearly 2,600,000 people helped construct the Buddha ? but as that would amount to nearly the half of the people in Japan at the time, the figure is probably exaggerated. Nevertheless, by the time the Buddha was completed in 751, it had consumed most of Japan’s bronze production for several years and left the country almost bankrupt. 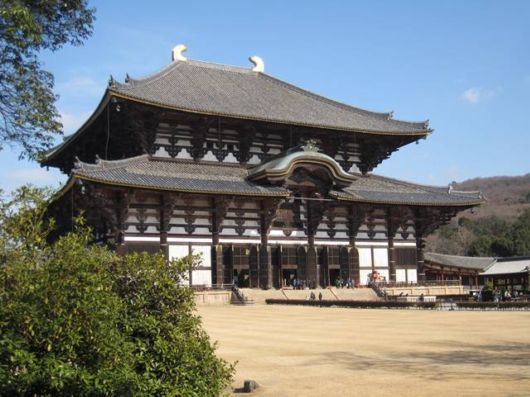 .The Great Buddha was finally dedicated in 752 with great pomp and ceremony. The emperor and his family were present for the occasion, as were hundreds of local monks and ambassadors from China, India and more distant places.

The statue was dedicated by "opening his eyes" ? an Indian priest stood on a specially built platform and painted in the eyes using a gigantic brush. The guests brought a dazzling assortment of gifts, many of which have been preserved in the Shoso-in treasury, along with the original paintbrush.

Popularly called the Nara Daibutsu (Great Buddha of Nara), the statue was installed in the huge Daibutsuden (Great Buddha Hall). By 798 the vast temple compound of Todaiji was completed.

Todaiji temple grew so powerful that the Japanese capital was moved from Nara to Nagaoka in 784 in order to lower its influence on government affairs. The temple remained active, and its wooden buildings were rebuilt several times over the centuries after fires and earthquakes. 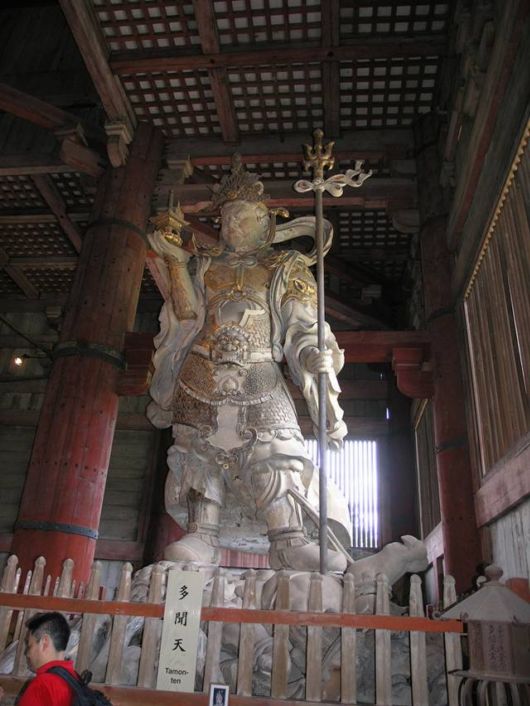 After most of the buildings were destroyed in 1180, Todaiji was reconstructed under the abbot Shunjobo Chogen (1121-1206) in a style he saw in China. This style can still be seen in the Nandaimon (Great Southern Gate), for which the famed sculptors Unkei and Kaikei made the impressive guardian statues in 1203.

Todaiji was again greatly damaged in 1567; it was rebuilt by the Tokugawa shogunate in 1692. The Daibutsuden that stands today dates for the most part from 1709 and is two-thirds the size of the original. Little remains of the orirginal 8th-century buildings of Todaiji, except the Tegai Gate of the western wall and the inner sanctuary of the hokkedo. 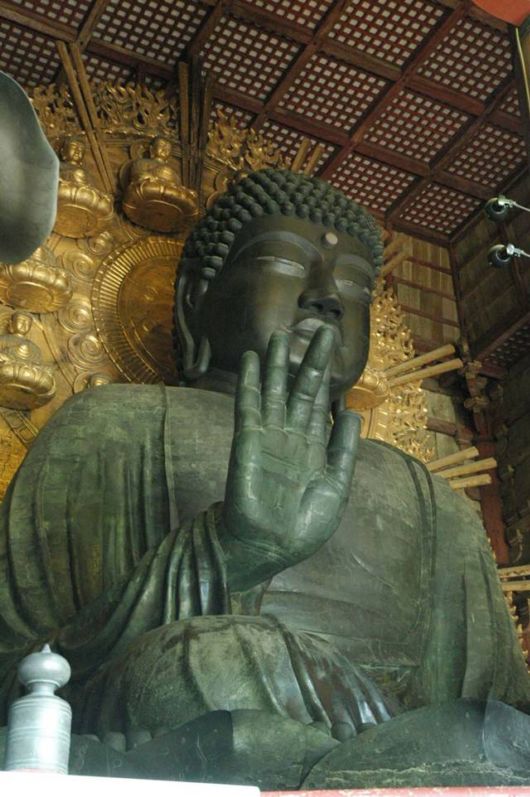 The Great Buddha statue has also been damaged, especially due to earthquakes, and recast several times. The current statue dates from 1692.
What to See

The main entrance to the temple is through the 13th-century Nandaimon (Great Southern Gate). It features two impressive guardian statues of the Nio (Benevolent Kings), carved in 1203 and each more than 8 meters tall. 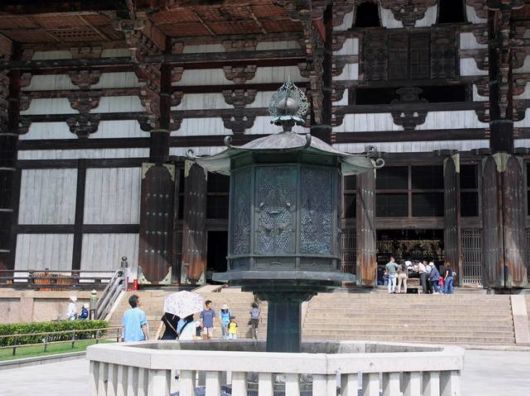 Todajji’s main temple building, the Daibutsuden (Great Buddha Hall), is said to be the largest wooden building in the world. This is especially impressive in light of the fact that the present reconstruction (from 1692) is only two thirds of the original temple’s size.

The original complex also contained two 100-meter-high pagodas, probably the tallest buildings in the world at the time, but these were destroyed by earthquake. 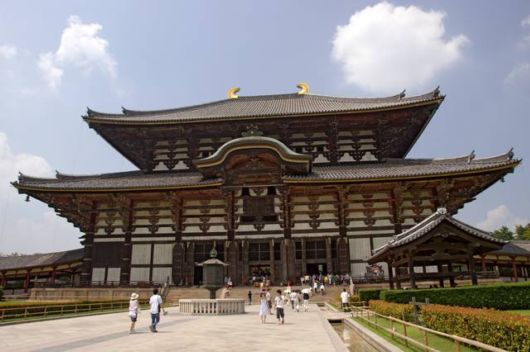 Todaiji is famous for housing Japan’s largest Buddha statue. It depicts the Buddha Vairocana and, like the one at Kamakura, is commonly known as the Daibutsu (Great Buddha). The Daibutsu is made of copper and bronze, weighs 250 tons and stands 30 meters tall. His intricate hairstyle is made of 966 bronze balls.

Also of interest in the Daibutsuden are the rear support pillars, which have holes through the bottom. Popular belief has it that if one is successful in squeezing through one of these "healing pillars," he or she is guaranteed a place in Heaven. 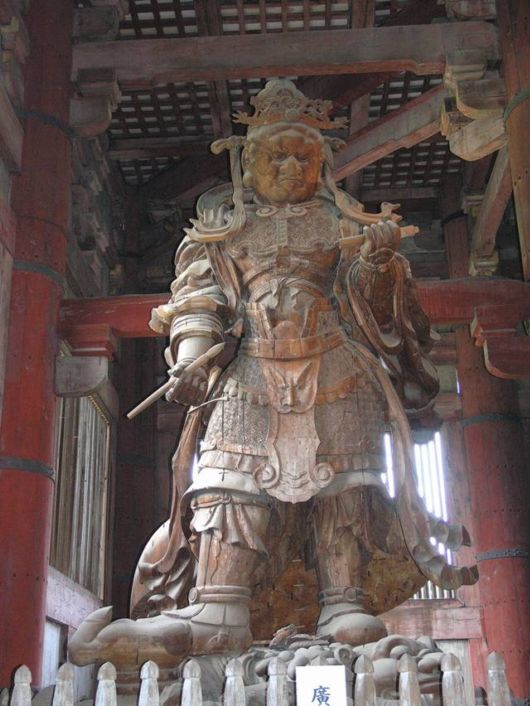 Outside the Daibutsuden at the bottom of the steps, don’t miss the bronze Octagonal Lantern, one of the oldest treasures in Todaiji ? it dates from the original 8th-century temple. The lantern’s support post is inscribed with a Buddhist text on the merits of lighting lanterns. 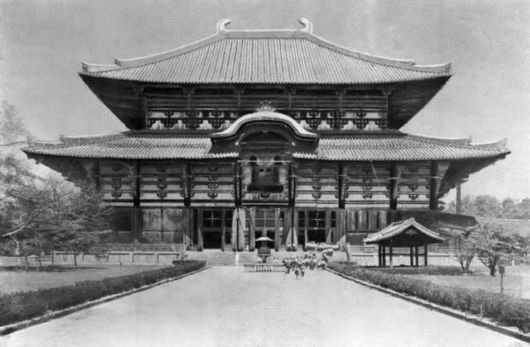 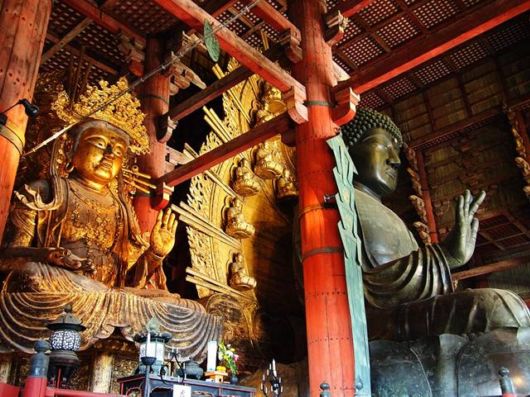 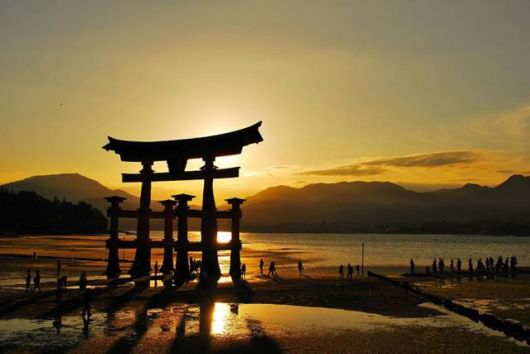 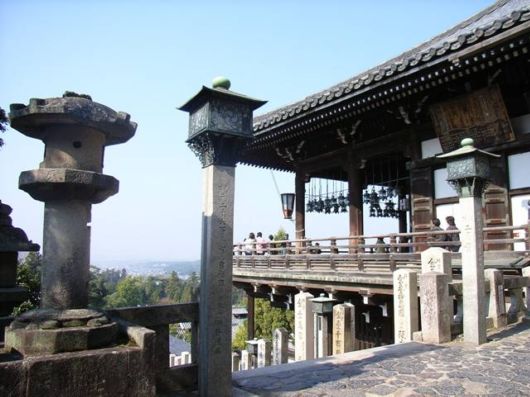 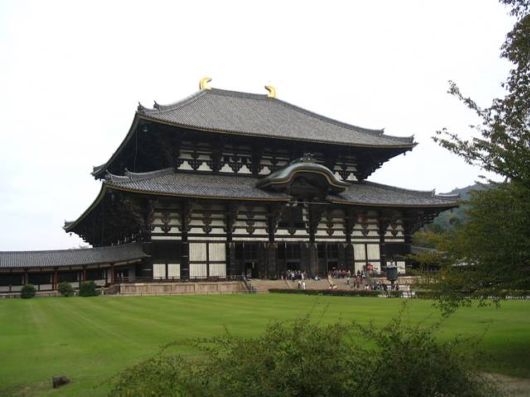