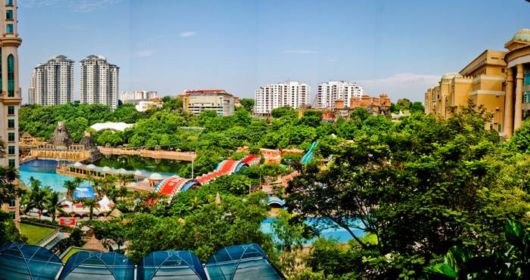 Sunway Lagoon is made up of five separate theme parks that are all localized to one amazing destination. Sunway Lagoon is most people?s vote for the best attraction in Asia. It has won numerous awards and is recognized by the International Association of Amusement Parks and Attractions as Asia?s Best Attraction. This award has been won for four years in a row from 2007 to 2010. The five parks are called Asia?s Best Water Park, Scream Park, Amusement Park, Extreme Park, and Wildlife Park. There?s something for everyone at Sunway lagoon.
02. Chimelong Waterpark ? China 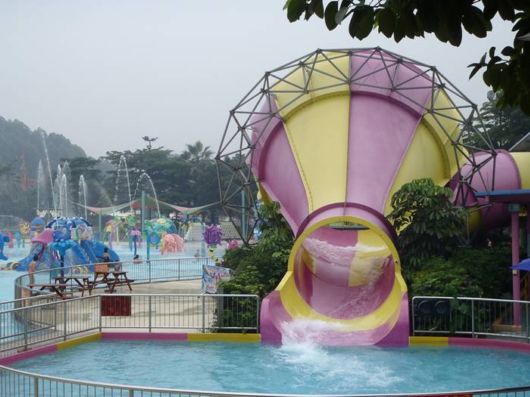 Chimelong Water-Park is the biggest water-park in Asia. It?s known for the debut of a number of industry ?firsts? for certain rides. The park introduced the first Family Python in China with double MEGAtube sections. The water-park holds a record for having the most guests in one day when they hosted 35,000 people. In 2011, they hosted 1.9 million visitors. This water-park is #2 for attendance in the world (#1 in Asia), and was awarded ?Must See Water-park? by the IAAPA. 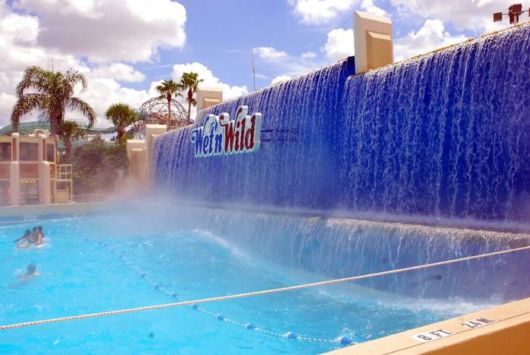 Wet ?n? Wild, a waterpark in Orlando, Florida, was voted as America?s #1 waterpark. It?s also honored as the country?s first true water park. Wet ?n? wild is one of the oldest water parks in the area yet it continuously adds new rides and attractions. A main attraction at the park is a 7 story water slide and other attractions include many tubes, wave pools, and a great lazy river. Even the snobbiest of waterpark aficionados can have a good time at America?s best water park. 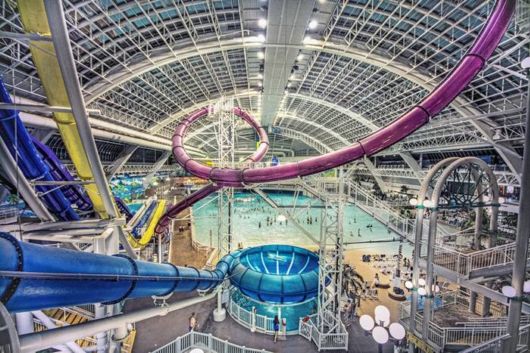 World Waterpark in Canada is the second largest indoor waterpark in the entire world (second to Tropical Islands Resort in Germany). It is about six acres of awesome rides and wave pools. The waterpark opened up in 1986 to the public. This waterpark is home to the largest indoor wave pool in the world and has two 83 foot tall slides called the Cyclone and Twister. 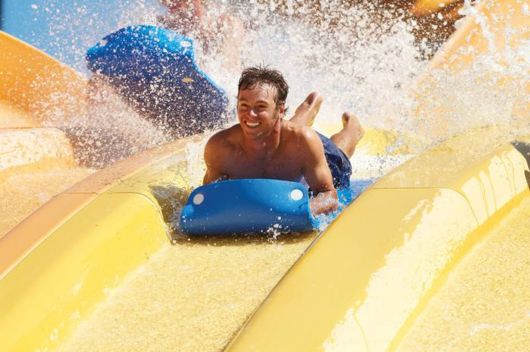 Schlitterbahn began as just a couple waterslides that were there to entertain guests of Landa Resort, a river accommodation in Texas. By the time the 1990s hit, the Schlitterbahn Waterpark Resort stretched to cover just over 65 acres of land. In this waterpark you can find miles of inner tube chute slides, hundreds of resort rooms, and a 300ft tall man made sculpture of David Bowie. The east part of the waterpark is divided into three separate themed areas known as Surfenburg, Blastenhoff, and Tubenbach. 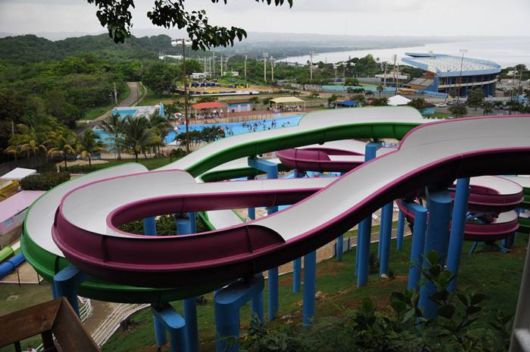 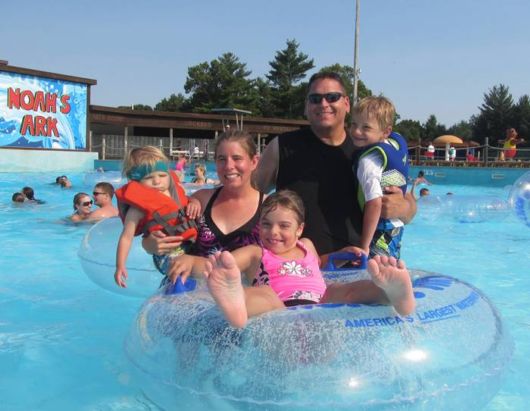 Known as ?America?s Largest Waterpark? and the main attraction of the Wisconsin Dells boasting over 80 things to do for families, Noah?s Ark features 51 different waterslides and dozens of other attractions. At this waterpark you don?t have to be concerned about safety because the lifeguards earned the Platinum Award from Jeff Ellis and Associates Inc. back in 2006 as the waterpark with the highest safety rating possible. An electrical fire burned down the entrance symbol at the front of Noah?s Ark waterpark in 2012. It took 26 firefighters 90 minutes to control the fire at about 2:30am in the middle of the night. 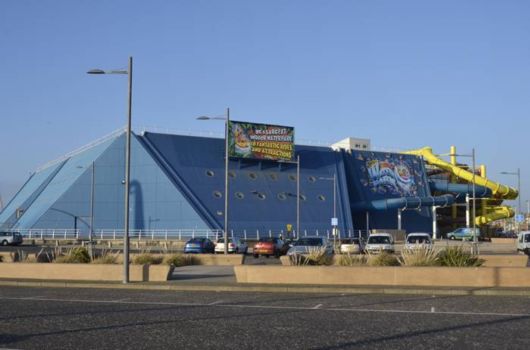 Sandcastle Waterpark is a thrilling indoor waterpark located right in the middle of an 84 degree tropical area in Blackpool, Lancashire, England in the UK. Opened back in 1986, the Sandcastle Waterpark is the biggest indoor waterpark in the UK. It?s home to 18 water slides. A giant coconut tips over and dumps 600 gallons of water every now and then from the top of the Caribbean Storm Treehouse, an exciting indoor play area for younger visitors. New slides are still being added to the park with the newest slide being the Montazooma and the Aztec Falls. These slides were introduced in 2012. 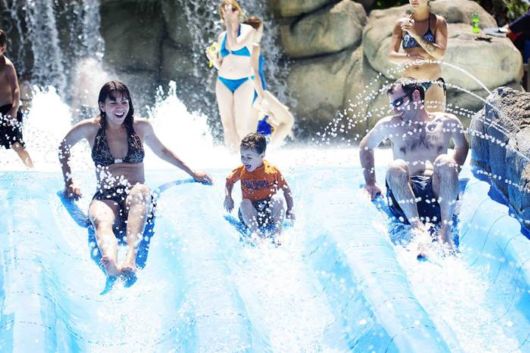 Located in Federal Heights, Colorado about 10 miles away from Denver, Water World is a 67 acre theme park offering more than 50 attractions including two awesome wave pools. The most famous attraction at Water World is a raft slide called Voyage to the Center of the Earth. Riders ride in multi-passenger circular rafts and travel through a cavern. This exciting ride features animals from the prehistoric era as well as twisty downward spirals, unpredictable drop offs, and a T-Rex encounter towards the end of the ride! An unusual trait of this water slide is that it takes about five minutes to go through the entire ride. It?s one of the longest rides at any water park. 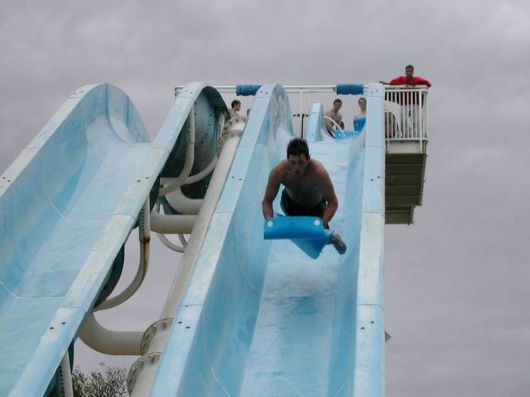 Aqualand, one of the most amazing places to have a water-filled adventure, is located right in the heart of Corfu Island. Aqualand is easily accessible from any part of the island. The park is surrounded by vast green forests making it a water oasis that is enjoyable on any day of the summer. You can enjoy the thrill of the rides or you can set up shop under some mature maple trees to relax. All of your needs are catered for at Aqualand.