Our planet is truly a treasure trove of natural beauties, and the biggest and most beautiful of them all are mountains. Scattered all across the globe are these gigantic, stunning structures of rock, gifts of mother nature that we all can enjoy and appreciate. As with most of Mother Gaia’s blessings, some of these alpine miracles come with obstacles, seemingly endless voyages, at the end of which, however, you can experience breathtaking views of Planet Earth, that only a rare few ever get to enjoy, and make it absolutely worth it. Reaching the peaks of these mountains is a difficult task that only few ever successfully undertake.

Mount Washington is 6,288 feet of pure hiking gold, for the adventurer that loves a challenge. The journey to the summit of the tallest mountain in New Hampshire is a long and strenuous one (with world record wind speeds) but paved with an undeniably stunning plethora of wildlife.

It is arguably one of the deadliest trails in northeastern America. The climb to the top can be filled with freezing gusts of wind due to the elevation and strong winds.

The two most popular routes to the summit are the Tuckerman Ravine Trail and the Lion’s Head Trail. The former is the easiest, and quite scenic, but has the drawback of being more crowded.

The Boott Spur trail is slightly longer but offers a more beautiful view. It eventually connects back to the Tuckerman Ravine Trail.

The Lion’s Head trail is the same length as Tuckerman Ravine trail but is heavily laden with many steep paths and sharper edges. Facing the king of the jungle is a task left to the professionals. 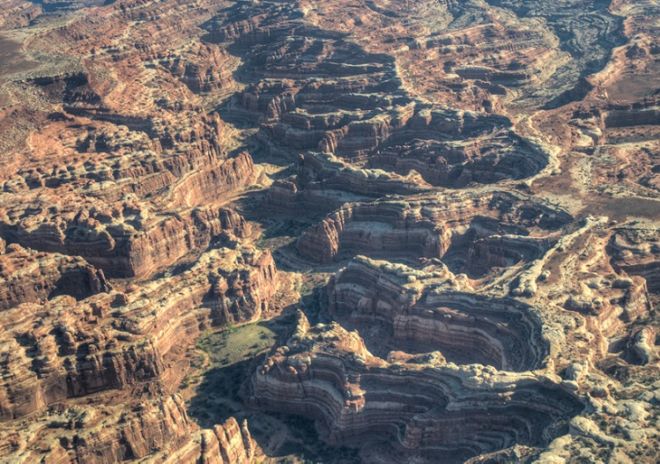 City, Canyonlands National Park is a valley of red-rock hills. Spanning over 257,640 acres, this massive landscape is divided into three major districts: The Needles, the Island in the Sky and the Maze.

Island in the Sky is a beautiful and great option for a challenging but not too dangerous hike. The Needles are a little harder to reach, and usually, require some mode of transport to reach the enthralling natural landscape that lay within its corners.

The Maze is ideal for the practiced hiker, looking for an off-road and off-trail experience. What this gorgeous expanse lacks in height, it more than makes up for in length and depth. It is also extremely isolated, which adds immensely to the danger.

The nearest ranger station is nearly 3-6 hours away on four wheels, which means hikers need to be trained and prepared. This does, however, make this a popular destination for mountain biking, offering an opportunity to test your skills, and enjoy the clean, sweet air of one of nature’s most beautiful landscapes. 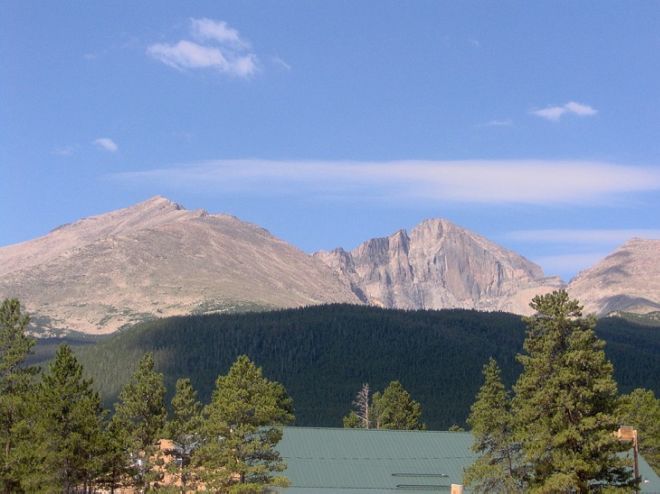 Welcome to the Rocky Mountains National Park. Hidden under its massive blanket of snow, with its head poking out, is one white-sprinkled treasure called Longs Peak. While the mountain itself is only 5.3 miles wrongs, the entire trail winds around to 8.5 miles.

This particular trail starts at 9,392 feet and takes you another 3000 feet up. The summit stands at over 14,000 feet. It is the highest peak in the Rocky Mountains. The most dangerous part of this trail is the Keyhole route that falls between Longs Peak and Storm Peak.

The Keyhole trek comes with a high elevation gain of 5000 feet and an even higher fall-risk. Over 15,000 people a year attempt to reach the summit and recent records have shown only a 47% success rate.

Many have died attempting to climb this mountain, which is why it is only for experienced hikers. It is graded as a Grade 3 Scramble/Climb. I’m not a hiker, but I can guess what that means. 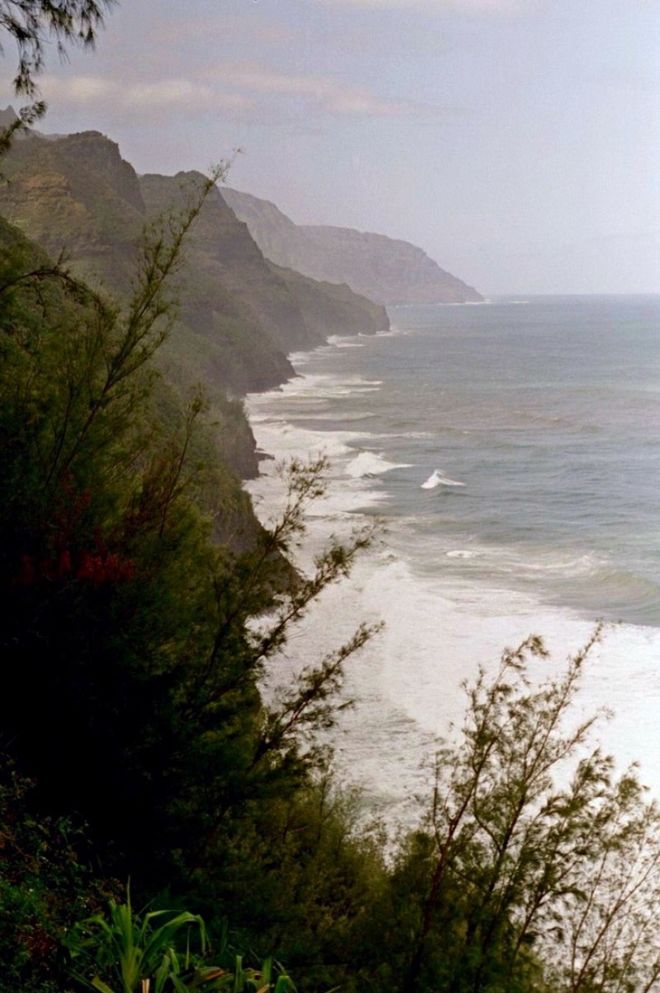 Kalalau trail is in the Na Pali Coast State Park in Kauai. The Park is named for its towering mountains, as Na Pali translates to “High Peak”. It is one of the most beautiful and most dangerous treks in the world. It is especially well known for its view, which can be seen during the opening helicopter scene in the 1993 movie ‘Jurassic Park’.

To get a closer and more realistic view of this stunning landscape, however, you will need to prepare yourself for a 22-mile journey along the trail and back again. The trail itself is eleven miles, stretching across the northwestern side of Kauai, and ending at the cliffs of Kalalau beach.

The trail itself offers unbelievable natural wonders, and not only ends at a beach but has a few more in the middle. The only other campsite, besides the one 11 miles in at Kalalau beach is 6 miles in at Hanakapiaai Beach. While this beach is safe for setting up camp, it is not safe for swimming. The Beach is isolated with lifeguards. Heavy currents mixed with rocky cliffs make swimming a dangerous affair, risking being swept towards the sharp rocks.

There is also little cell signal and the trail is paved with thick red mud making the trail not only long and arduous but also slippery. Anyone going on this trek needs to prepare and pre-plan, and ensure all their equipment, tents, and portable stoves are in full working condition before embarking. Also, you’ll need to get a permit before trekking because the Kalalau trail is located in a state-protected national park. 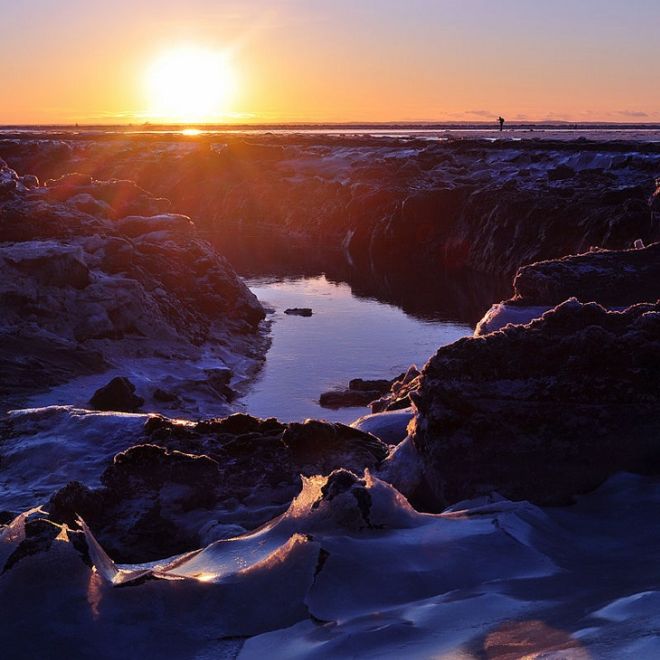 Rovers Run is an 8-mile loop cutting through a forest, intertwined with a quiet serene stream that makes for a beautiful view while traveling. Both the run trail and the bike trail are immensely popular, though the journey itself is not for those looking for a leisurely stroll or a quick round of pedaling. The hills and wildlife combined make it a veritable obstacle course.

To add to the danger, biologists, after studying the area have noted a steady rise in the presence of bears through the park, as they often feed on the salmon that come to Campbell’s Creek to spawn. Incidents of mauling have increased drastically in the last few years.

Rovers run trail is still a great try if you’re an avid hiker or cyclist. Just make sure to travel in a group and stay sharp!