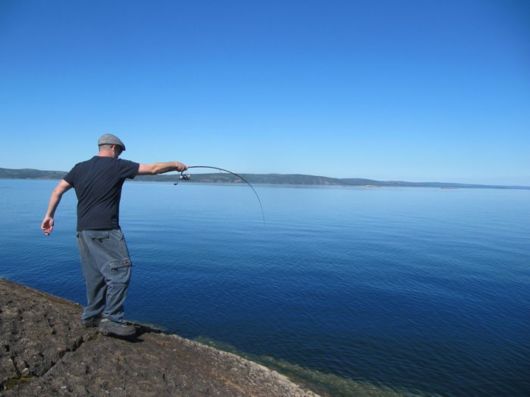 The lake shares its name with the Slavey First Nations. Towns situated on the lake include: Yellowknife, Hay River, Behchoko, Fort Resolution, Lutselk’e, Hay River Reserve, Dettah and N’Dilo. The only community in the East Arm is Lutselk’e, a hamlet of about 350 people, largely Chipewyan Aboriginals of the Dene Nation and the now abandoned winter camp/Hudson’s Bay Company post, Fort Reliance. 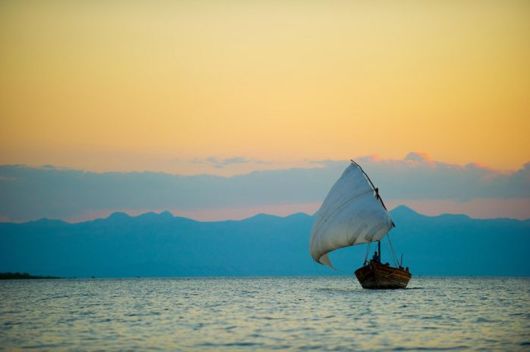 Countries with shoreline ? Tanzania, Mozambique, Malawi
Area ? 30,044 km2 (11,600 sq mi)
Length ? 579 km (360 mi)
Maximum depth ? 706 m (2,316 ft)
Water volume ? 8,400 km3 (2,000 cu mi)
Lake Malawi is an African Great Lake and the southernmost lake in the East African Rift system, located between Malawi, Mozambique and Tanzania. The third largest and second deepest lake in Africa, it is also the ninth largest in the world. It is reportedly the habitat of more species of fish than any other body of freshwater, including more than 1000 species of cichlids, and was officially declared a reserve by the Government of Mozambique on June 10, 2011. 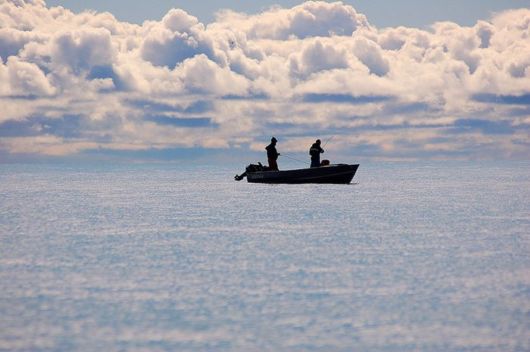 Countries with shoreline ? Canada
Area ? 31,080 km2 (12,000 sq mi)
Length ? 373 km (232 mi)
Maximum depth ? 446 m (1,463 ft)
Water volume ? 2,236 km3 (536 cu mi)
Great Bear Lake is the largest lake entirely within Canada (Lake Superior and Lake Huron straddling the Canada-US border are larger), the fourth largest in North America, and the eighth largest in the world. The lake is in the Northwest Territories and is situated on the Arctic Circle between 65 and 67 degrees of northern latitude and between 118 and 123 degrees western longitude, 186 m (610 ft) above sea level. The name is believed to have originated with the First Nations living along the northern shores of the lake, who referred to themselves by Chipewyan words meaning ?grizzly bear water people.? Grizzly Bear Mountain on the shore of the Lake comes from the Chipewyan, meaning, literally ?bear large hill.? 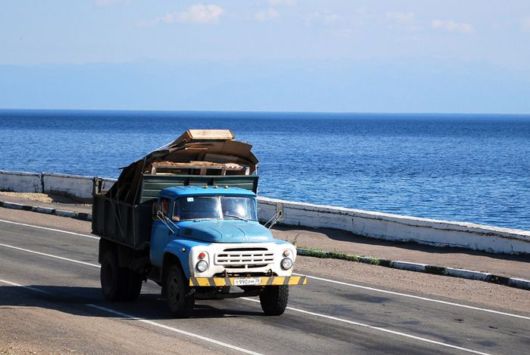 Lake Baikal is the most voluminous freshwater lake in the world, containing roughly 20% of the world’s unfrozen surface fresh water, and at 1,642 m (5,387 ft), the deepest.It is also among the clearest of all lakes, and thought to be the world’s oldest lake at 25 million years.

Similar to Lake Tanganyika, Lake Baikal was formed as an ancient rift valley, having the typical long crescent shape with a surface area of 31,722 km2 (12,248 sq mi). Baikal is home to more than 1,700 species of plants and animals, two thirds of which can be found nowhere else in the world[10] and was declared a UNESCO World Heritage Site in 1996. It is also home to Buryat tribes who reside on the eastern side of Lake Baikal, rearing goats, camels, cattle and sheep, where the regional average temperatures vary from a minimum of -19 °C (-2 °F) in winter to maximum of 14 °C (57 °F) in summer. Lake Baikal is nicknamed "Older sister of Sister Lakes (Lake Khövsgöl and Lake Baikal)". 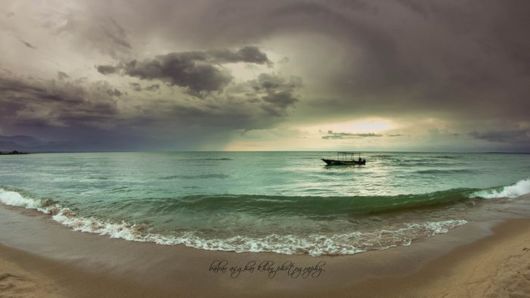 Countries with shoreline ? Burundi, Tanzania, Zambia, Democratic Republic of the Congo
Area ? 32,893 km2 (12,700 sq mi)
Length ? 676 km (420 mi)
Maximum depth ? 1,470 m (4,820 ft)
Water volume ? 18,900 km3 (4,500 cu mi)
Lake Tanganyika is an African Great Lake. It is estimated to be the second largest freshwater lake in the world by volume, and the second deepest, in both cases, after only Lake Baikal in Siberia; it is also the world’s longest freshwater lake. The lake is divided among four countries ? Tanzania, the Democratic Republic of the Congo, Burundi, and Zambia, with Tanzania (46%) and the DRC (40%) possessing the majority of the lake. The water flows into the Congo River system and ultimately into the Atlantic Ocean.

Countries with shoreline ? United States
Area ? 58,000 km2 (22,000 sq mi)
Length ? 494 km (307 mi)
Maximum depth ? 281 m (922 ft)
Water volume ? 4,900 km3 (1,200 cu mi)
Lake Michigan is one of the five Great Lakes of North America and the only one located entirely within the United States. The other four Great Lakes are shared by the U.S. and Canada. It is the second largest of the Great Lakes by volume and the third largest by surface area, after Lake Superior and Lake Huron (and is slightly smaller than the U.S. state of West Virginia). To the east, its basin is conjoined with that of Lake Huron through the wide Straits of Mackinac, giving it the same surface elevation as its easterly counterpart; the two are technically a single lake. Lake Michigan is bounded, from west to east, by the U.S. states of Wisconsin, Illinois, Indiana, and Michigan. The word "Michigan" originally referred to the lake itself, and is believed to come from the Ojibwa word mishigami meaning "great water". 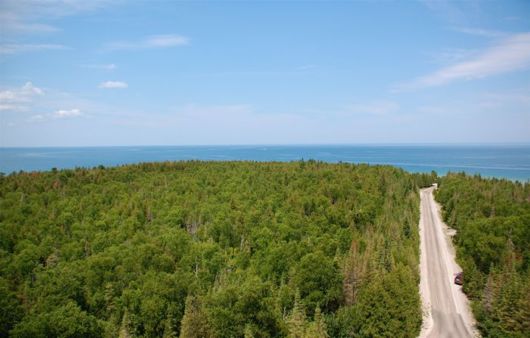 Countries with shoreline ? Canada, United States
Area ? 59,600 km2 (23,000 sq mi)
Length ? 332 km (206 mi)
Maximum depth ? 229 m (751 ft)
Water volume ? 3,540 km3 (850 cu mi)
Lake Huron (French: Lac Huron) is one of the five Great Lakes of North America. Hydrologically, it comprises the easterly portion of Lake Michigan?Huron, having the same surface elevation as its westerly counterpart, to which it is connected by the wide Straits of Mackinac. It is bounded on the east by the Canadian province of Ontario and on the west by the state of Michigan in the United States. The name of the lake is derived from early French explorers who named it for the Huron people inhabiting the region. The huronian glaciation was named due to evidence collected from Lake Huron region. 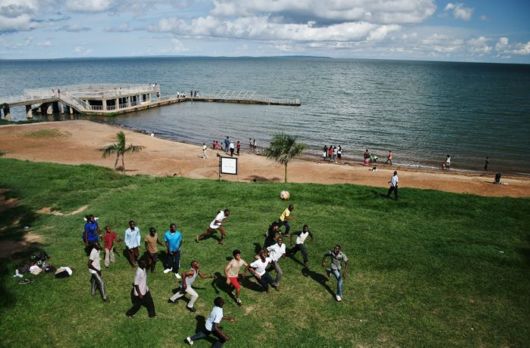 Lake Victoria receives its water primarily from direct precipitation and thousands of small streams. The largest stream flowing into this lake is the Kagera River, the mouth of which lies on the lake’s western shore. Two rivers leave the lake, the White Nile (known as the "Victoria Nile" as it leaves the lake), flows out at Jinja, Uganda on the lake’s north shore, and the Katonga River flows out at Lukaya on the western shore connecting the lake to Lake George. 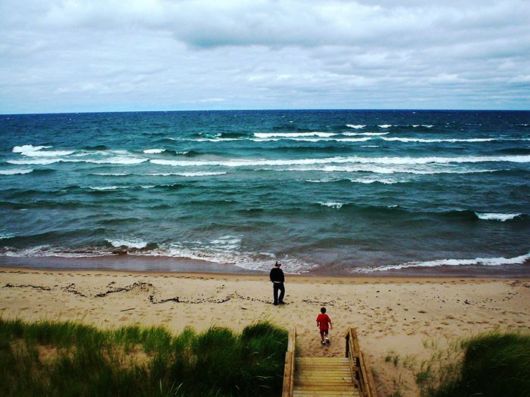 Countries with shoreline ? Canada, United States
Area ? 82,414 km2 (31,820 sq mi)
Length ? 616 km (383 mi)
Maximum depth ? 406 m (1,332 ft)
Water volume ? 12,100 km3 (2,900 cu mi)
Lake Superior (French: Lac Supérieur) is the largest of the five traditionally demarcated Great Lakes of North America. The lake is bounded by Ontario and Minnesota to the north and west, and Wisconsin and Michigan to the south. It is generally considered the largest freshwater lake in the world by surface area. It is the world’s third-largest freshwater lake by volume.

The Caspian Sea is often regarded as the world’s largest lake, but it contains an oceanic basin (contiguous with the world ocean until 11 million years ago) rather than being entirely over continental crust 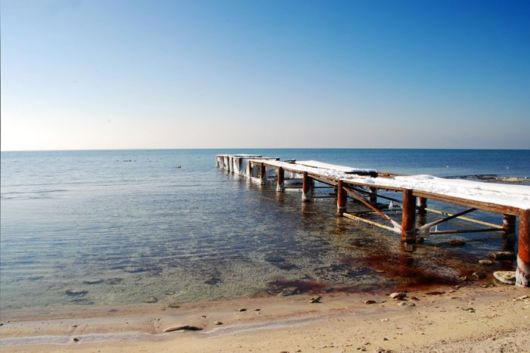 The ancient inhabitants of its coast perceived the Caspian Sea as an ocean, probably because of its saltiness and seeming boundlessness. It has a salinity of approximately 1.2%, about a third the salinity of most seawater.