5. ALCATRAZ ISLAND (USA): home to the first lighthouse on the Pacific Coast 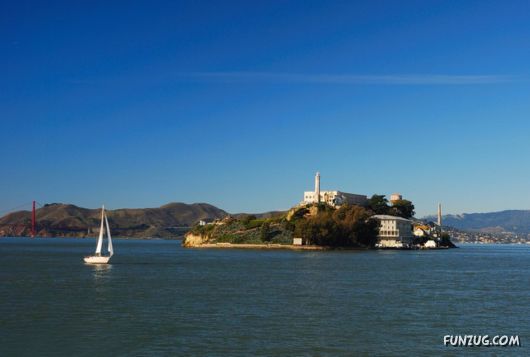 Alcatraz Island (sometimes informally referred to as simply Alcatraz or by its pop-culture name, The Rock) is a small island located in the middle of San Francisco Bay in California, United States. It served as a lighthouse, then a military fortification, then a military prison followed by a federal prison until 1963, when it became a national recreation area. The first European to discover the island was Juan de Ayala in 1775, who charted the San Francisco Bay and named the island "La Isla de los Alcatraces", which means "Island of the Pelicans". 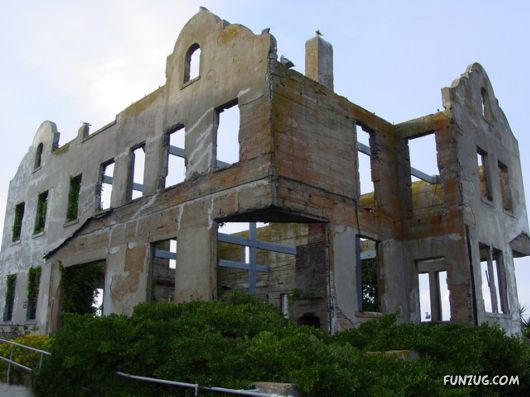 The discovery of gold in California in 1848 brought thousands of ships to San Francisco Bay, creating an urgent need for a navigational lighthouse. In response, Alcatraz lighthouse #1 was erected and lit in the summer of 1853. Because of its natural isolation in the middle of a bay, surrounded by cold water and strong sea currents, Alcatraz was soon considered by the U.S. Army as an ideal location for holding captives. Alcatraz was the Army’s first long-term prison, and it was already beginning to build its reputation as a tough detention facility by exposing inmates to harsh conditions and iron fisted discipline. Due to rising operational costs because of its location, the Military Department decided to close this famous prison in 1934, and it was subsequently taken over by the Department of Justice and later became the famous federal prision and finally a recreation area. 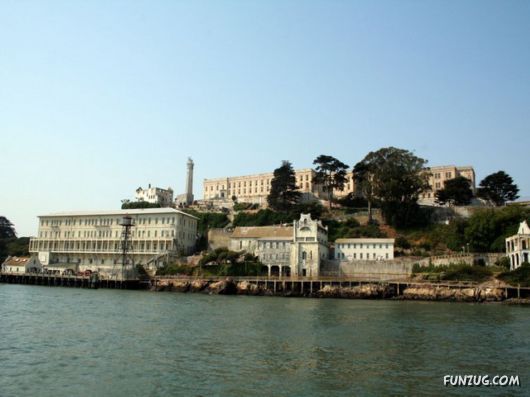 4. EASTER ISLAND (Polynesian triangle, Chile): world heritage site and one of the most isolated inhabited islands in history 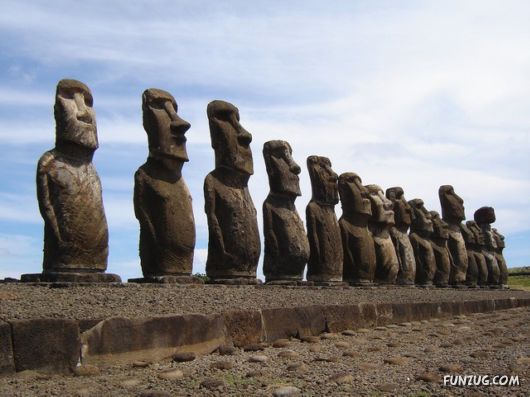 Easter Island is one of the world’s most isolated inhabited islands. It is 3,600 km (2,237 miles) west of continental Chile and 2,075 km (1,290 miles) east of Pitcairn. Nowdays, it is a Chilean-governed island, and is a world heritage site with much of the island protected by the Rapa Nui National Park. 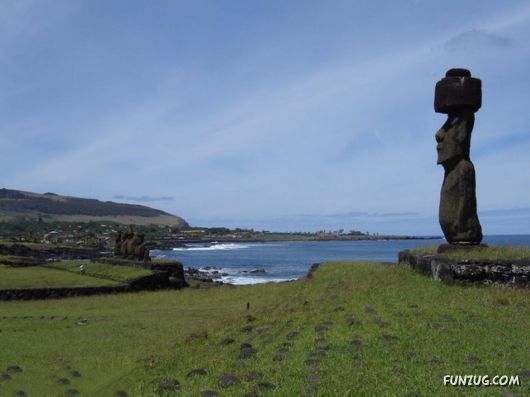 First settled by a small party of Polynesians, Easter Island is one of the youngest inhabited territories on Earth, and for most of its history it was the most isolated inhabited territory on Earth. Its inhabitants the Rapanui have endured famines, epidemics, civil war, slave raids and colonialism; have seen their population crash on more than one occasion, and created a cultural legacy that has brought them fame out of all proportion to their numbers. 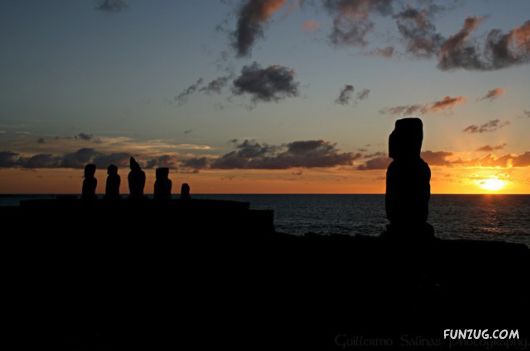 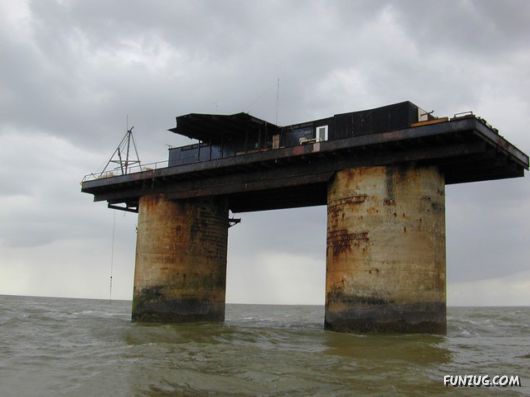 The Principality of Sealand is an island and a micronation located on HM Fort Roughs, a former Maunsell Sea Fort located in the North Sea 10 km (six miles) off the coast of Suffolk, England, in what is claimed as territorial waters using a twelve-nautical-mile radius. 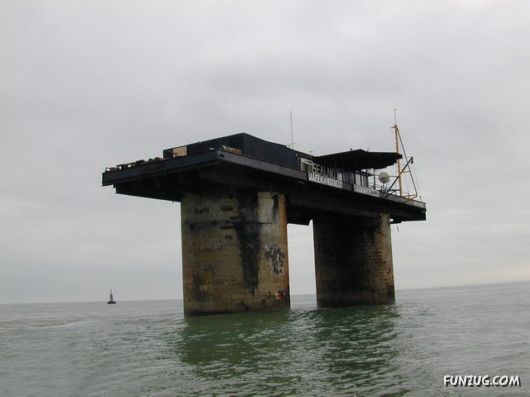 Since 1967, the installation has been occupied by associates and family of Paddy Roy Bates, a former radio broadcaster and former British Army Major, who claims that it is a sovereign and independent state. Critics, as well as court rulings in the United States and in Germany, have claimed that Roughs Tower has always remained the property of the United Kingdom, a view that is disputed by the Bates family. The population of the facility rarely exceeds ten, and its habitable area is 550 m2 (5920 sq ft).

Sealand’s claims to sovereignty and legitimacy are not recognised by any country, yet it is sometimes cited in debates as an interesting case study of how various principles of international law can be applied to a territorial dispute. 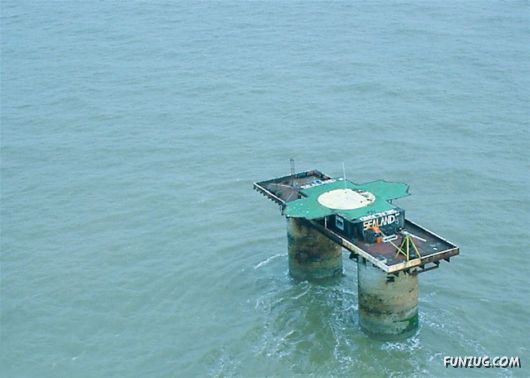 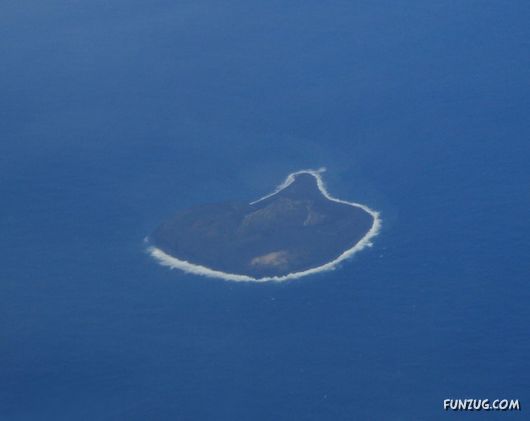 Off the coast of Iceland on the morning of 14 November 1963, the crew of a lone fishing trawler spotted an alarming sight. Off to the southwest of the Ísleifur II, a column of dark smoke was rising from the water. Concerned that it could be another boat on fire, the captain directed his vessel towards the scene. Once there, however, they found not a boat but a series of violent explosions producing ash. This was an unmistakable indication of a volcanic eruption taking place underwater, close to the surface. Very aware of the potential danger but eager to watch, the crew kept their boat nearby. It was indeed a remarkable event that they would witness a small part of over the course of that morning: the formation of a brand-new island. 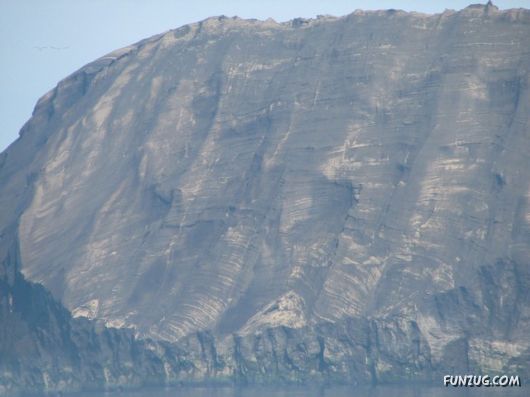 Although now quite visible, the eruption lasted for much, much longer than the Ísleifur II would have been able to watch. After several days, the volcano had broken the water’s surface, forming an island over 500 meters long and 45 meters tall. Even though the rough tides of the North Atlantic might have soon eroded the new island away, it was named Surtsey, meaning ‘Surtur’s island’ – Surtur (or Surtr) being a fire giant of Norse mythology. The island proved to be tenacious, however. The eruption was ongoing and Surtsey increased in size more quickly than the ocean could wear it down. In the meantime two other nearby volcanic eruptions produced the beginnings of islands, but neither lasted very long. By April 1964, though, the most violent parts of the eruption were over and Surtsey remained. 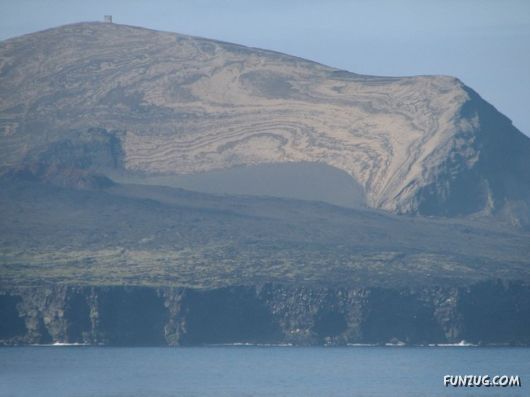 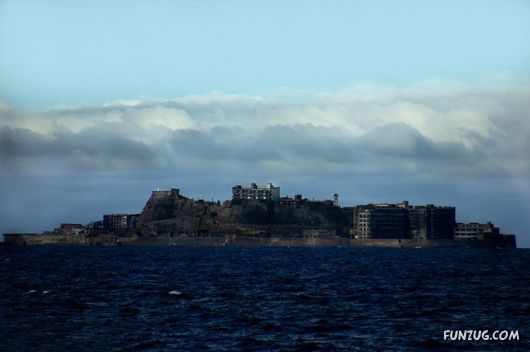 Gunkanjima is one among 505 uninhabited islands in the Nagasaki Prefecture about 15 kilometers from Nagasaki itself. The island was populated from 1887 to 1974 as a coal mining facility. The island’s most notable features are the abandoned concrete buildings and the sea wall surrounding it. It is known for its coal mines and their operation during the industrialization of Japan. Mitsubishi bought the island in 1890 and began the project, the aim of which was retrieving coal from the bottom of the sea. They built Japan’s first large concrete building, a block of apartments in 1916 to accommodate their burgeoning ranks of workers, and to protect against typhoon destruction. 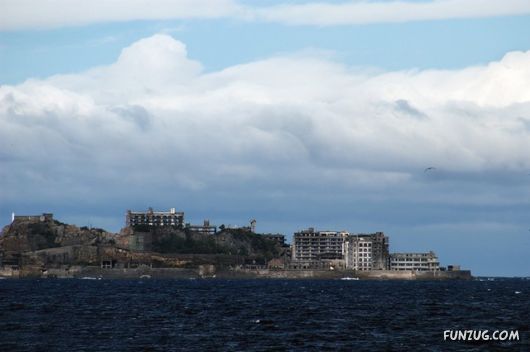 Gunkanjima is one among 505 uninhabited islands in the Nagasaki Prefecture about 15 kilometers from Nagasaki itself. The island was populated from 1887 to 1974 as a coal mining facility. The island’s most notable features are the abandoned concrete buildings and the sea wall surrounding it. It is known for its coal mines and their operation during the industrialization of Japan. Mitsubishi bought the island in 1890 and began the project, the aim of which was retrieving coal from the bottom of the sea. They built Japan’s first large concrete building, a block of apartments in 1916 to accommodate their burgeoning ranks of workers, and to protect against typhoon destruction.

In 1959, its population density was 835 people per hectare for the whole island, or 1,391 per hectare for the residential district, one of the highest population density ever recorded worldwide. As petroleum replaced coal in Japan in the 1960s, coal mines began shutting down all over the country, and Hashima’s mines were no exception. Mitsubishi officially announced the closing of the mine in 1974, and today it is empty and bare, which is why it’s called the Ghost Island. Travel to Hashima is currently prohibited. 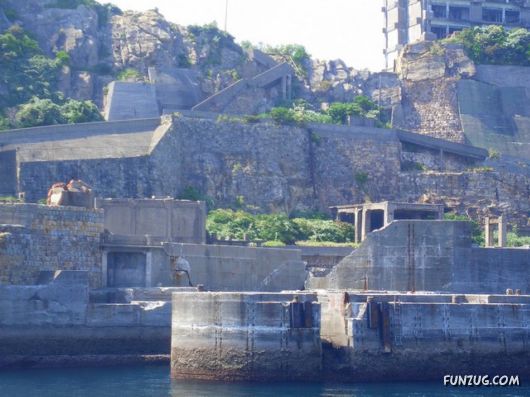