The might of nature is no match for humans, with entire cities and civilizations falling victim to its powers and vanishing from the world and humanity’s memory. Take Pompeii, a city forgotten for millennia after being devastated by Vesuvius. It was only in 1592 that the city was rediscovered, and its story is hardly unique, as there are countless other findings like it, though not all of them are on the surface. In this article, we’ll tell the stories of 7-ish cities that have been taken by a different element – water, some of which you could visit right now. 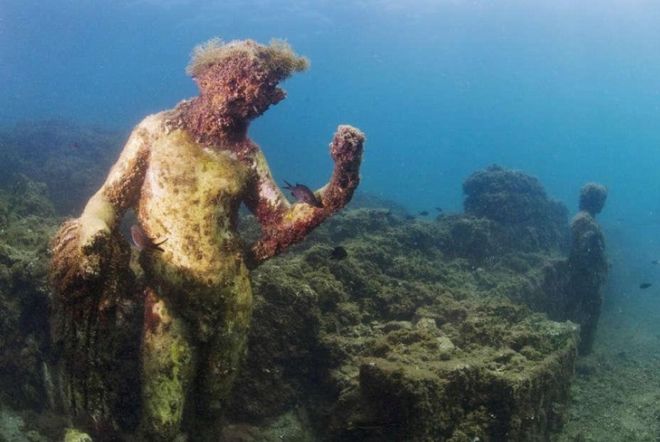 Let’s start this list off with the Underwater Archeological Park of Baia, an ancient Roman city now engulfed by the Tyrrhenian sea that’s very close to other famous tourist destinations, such as Pompeii and Naples.

Today, the city is one of the few underwater archeological parks in the world, offering travelers the opportunity to admire the ruins of the once famous Roman resort via glass-bottomed boats, snorkeling, or even scuba diving. 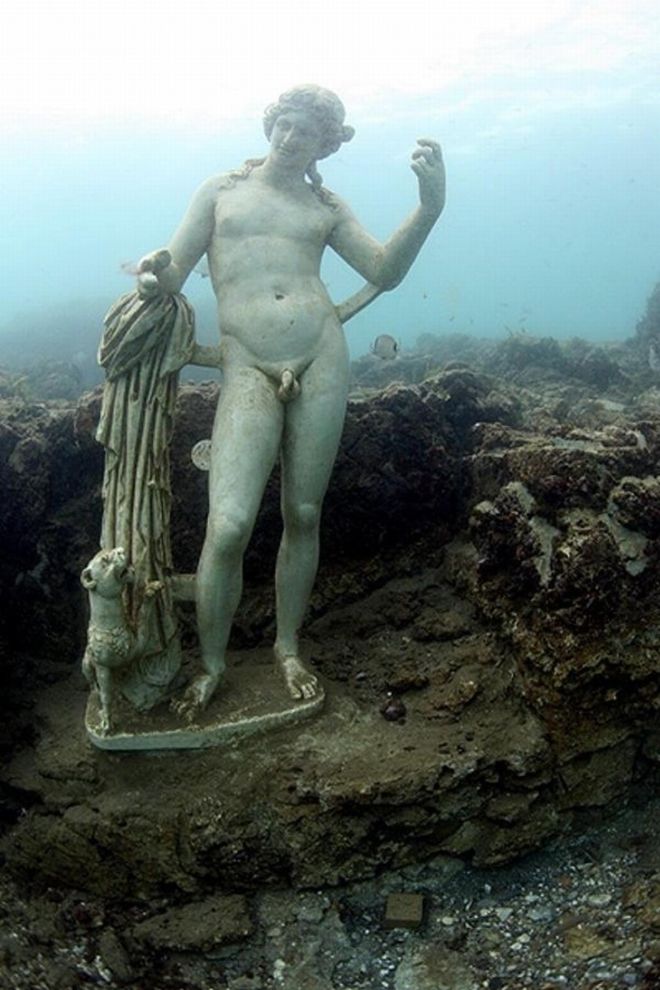 Up until the 8th century, when the city was plundered by Saracens, it was the major Roman spa resort and a real party town often likened to modern-day Las Vegas. In large part, this was due to the city being located right under volcanic vents that created hot springs believed to have healing powers.

Many Roman emperors and other elites even had their own villas in the city. Today, visitors can admire what is left of the luxurious resort still, with winding paved roads, Roman columns, underwater sculptures and underwater grottoes hiding beneath the waters as shallow as 6 meters (19.6 ft). 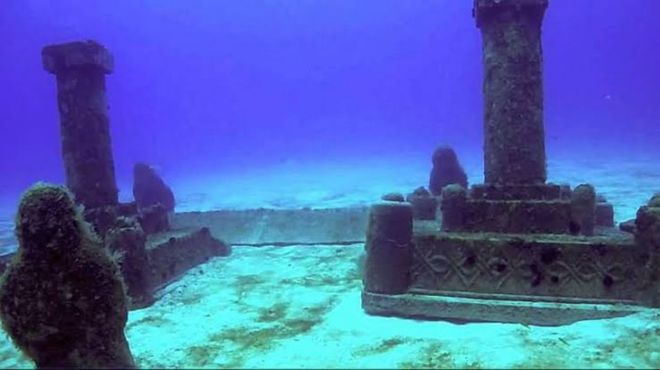 Sanskrit texts tell of the ancient city of Dwarka, a magnificent kingdom of unimaginable wealth and glory built by the Hindu god Krishna himself. Until the year 2000, the city was believed to be the stuff of myth, but then, India’s National Institute of Ocean Technology found the ruins of a large port city 40 meters (131 ft) down on the surface of the Gulf of Khambhat.

Today, the ruins of the ancient city are among the most well researched underwater ruins in India, and numerous ancient artifacts, such as sculptures, pottery, and even human bones have been brought to the surface. There is also evidence of the remains of a large port in the city, suggesting overseas trade.

Carbon dating revealed that the city is at least 9,500 years old, thousands of years older than the earliest ancient Egyptian, Sumerian, Chinese and Indus Valley Civilization structures ever found. To this day, it is unknown which civilization built this massive city. 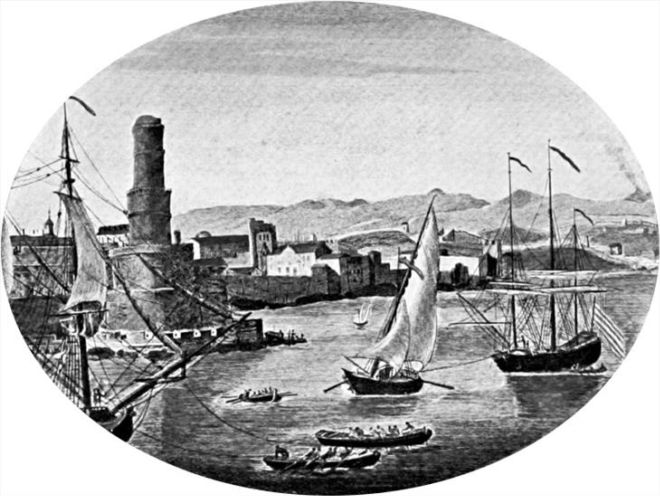 Once known as the “wickedest city on earth”, two-thirds of Port Royal, the former seat of the British Government and the largest city in the Caribbean, were dragged beneath the ocean as a result of a massive earthquake followed by a devastating tsunami in 1692.Until the cataclysm had befallen Port Royal, the city’s port was a beloved spot for pirates and various outlaws, which is how the city earned the above-mentioned nickname. 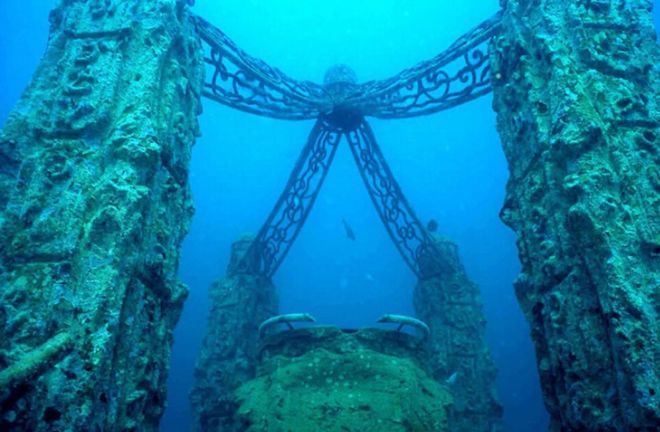 While the vast majority of the old city is hidden beneath the waves and can’t be seen by eye, it became a historical treasure trove, hiding the secrets of the early days of British rule in Jamaica. Some of these findings have been retrieved and are displayed at the National Museum of Jamaica in Kingston. 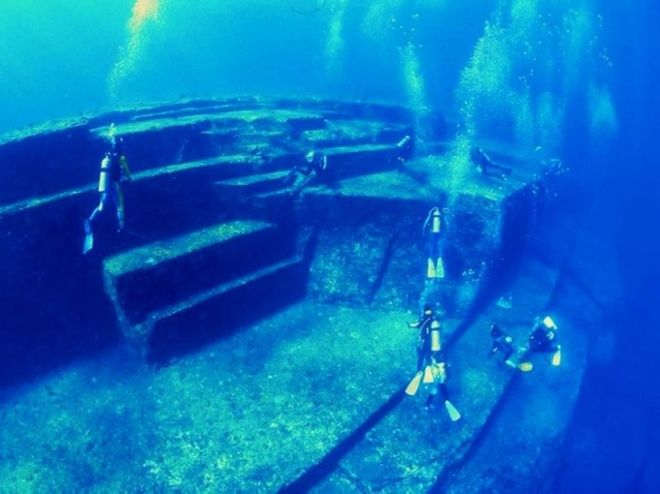 The sea near the Yonaguni island, the southernmost of the Ryukyu Islands in Japan is a popular destination for divers, as a large population of hammerhead sharks resides there during the winter. In 1986, Kihachiro Aratake was diving in the area and noted some structure on the seabed resembling architectural remains.

Subsequently, several archeological and amateur expeditions were made in the area, with the Japanese Agency for Cultural Affairs and several international experts concluding that the structures found in the are natural formations rather than archeological ruins. 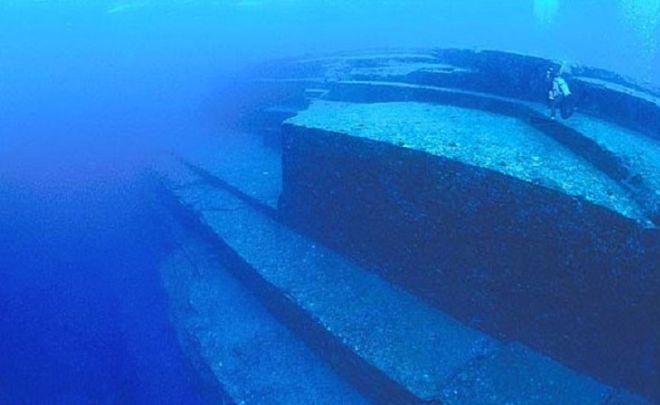 Still, several experts suggest that this could not be the case, with the greatest advocate of the opposition being archeologist Masaaki Kimura, who believes the findings are 2,000-3,000-year-old remnants of the ancient Japanese country called Yamatai.

While most official sources believe the step formations are natural results of earthquake breaking off layers of sandstone from the seafloor, the nature of these structures continues to be highly disputed.