We all know that there are places on earth, known as the Wonders of the world – ancient or modern – such as the Great Pyramids of Giza, the Taj Mahal or the Grand Canyon in Colorado. However, this is not necessarily the places you must see, because the word "miracle" can be applied to many other places in the world. Here are just some of them. 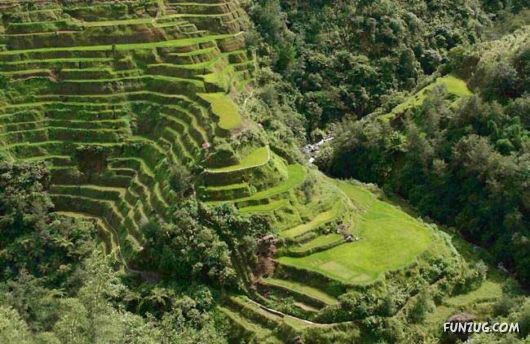 On the territory of more than 4000 square miles at an altitude of 1,524 meters above sea level in the mountains Ifuago in the Philippines you will find that the locals call the "eighth wonder of the world: hand-carved terraces on which the figure has been growing for 2000 years. Ancient people have done the job more than one generation, and terraces are irrigated by water from the tropical forest above them. People support them and to this day. It is believed that if these terraces to build one after another, the result is a line that can go around the world. Truly a miracle of light. (McCouch S) 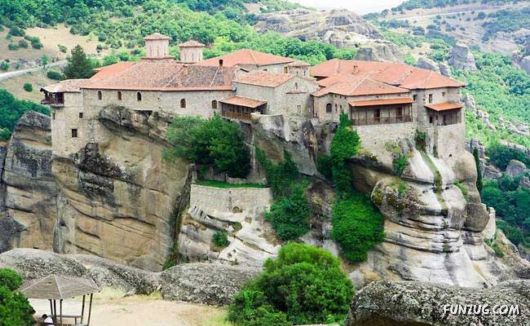 Meteora is an amazing place, also known as "Suspended stones" – large and important monastery complex of the Eastern Orthodox Church in Greece. Six buildings constructed on the tops of the columns of sandstone, inspire respect and admiration. These amazing buildings were erected in the mountains Pindus in central Greece, probably for protection, as the entrance to them was difficult from the outset. The monastery can be reached only through high ladders tied together or through a large network, although today everything is much simpler. (Janmad) 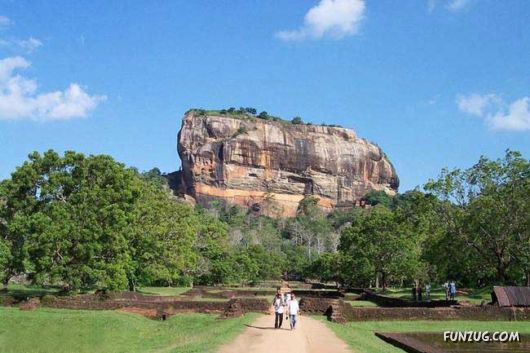 Built over 1500 years ago, during the reign of King Kassapa I, between 477 and 495 years BC, Sigiriya, also known as "Lion Rock" – an ancient stone fortress and palace ruins on the island of Sri Lanka. It is a popular place among tourists surrounded by the remains of gardens and ponds, were once here. Sigiriya is one of seven World Heritage sites on the island, famous for its ancient frescoes, like those that can be seen in the caves of Ajanta in India. At this point, people lived in prehistoric times, and the historical record suggests that it was used as a mountain monastery from 5 th century BC (Ela112) 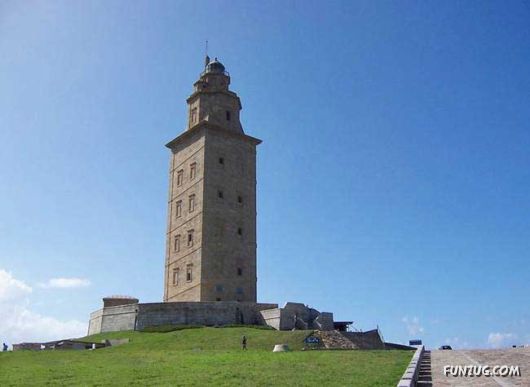 It is believed that the Tower of Hercules has been around the 2 nd century. The inscription on the basis of the foundation tells us about the Roman engineers "Seviuse Lupus, and records of the tower can be traced up to 415 AD The view from the 54-meter lighthouse overlooks the northern coast of Spain. The original tower had an external entrance, there were burned wood as a cautionary sign. In 1788, King Carlos IV gave a decree for the construction of the facade around the tower, which stands to this day. Tower – the oldest Roman building, functioning as a full beacon. (Alessio Damato) 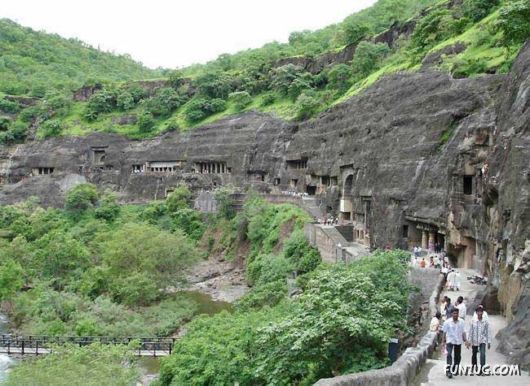 The ancient caves of Ajanta are religiously important structure in Maharashtra, India. These amazing caves are known for their incredibly detailed paintings and sculptures belonging to the genre of Buddhist religious art. From the 2 nd century people lived in caves, and 300 years after they scored. More than 1000 years they have stood empty and untouched, until 1819, when a British army officer from Madras came across the entrance to one of the caves while hunting. His discovery of Captain Smith left a great legacy for future generations. (Jonathanawhite) 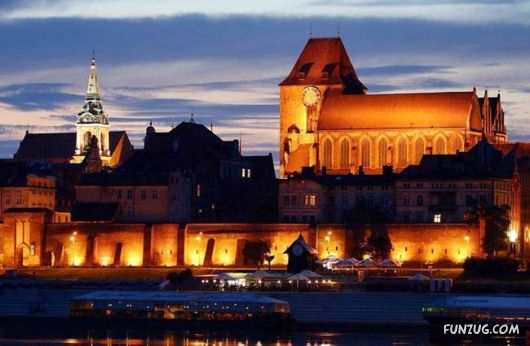 The medieval city of Torun in Poland – the birthplace of Nicolaus Copernicus. Archaeologists believe that the original city was founded in 1100 BC, and from 7 to 13 century there is evidence of settlements in the River. Teutonic Order built a castle in the neighborhood during the period from 1230 to 1231 years. Franciscan monks settled in the city 30 years later, they were followed by Dominicans, and in 1264 founded the New Town. In 1280 the city joined the Hanseatic League and became an important medieval trade center. (Rene Klein)

7. The ancient city of Bagan, Burma 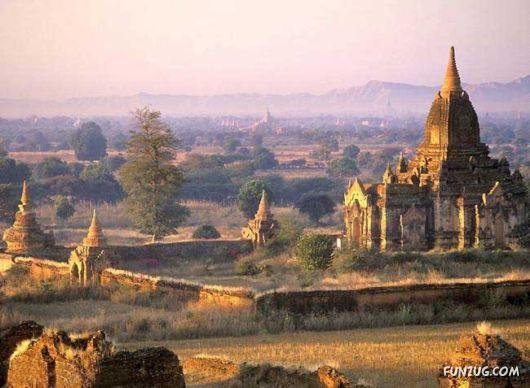 Mandalay – Burma part of the peninsula, where the incredible beauty of the ancient city of Bagan. This place is called by different names – "Arimaddanapura", "Tampadipa" and "Tassadessa, and it was the ancient capital of several Burmese kingdoms. Pagan – the only non-recognized World Heritage sites in this list. The reason is that the ruling council was unable to rebuild the ancient place in accordance with the original architectural style, but instead used modern materials that seem out of place here. And yet it is one of the small wonders of the world, which is worth a visit. (Nicholas Kenrick)