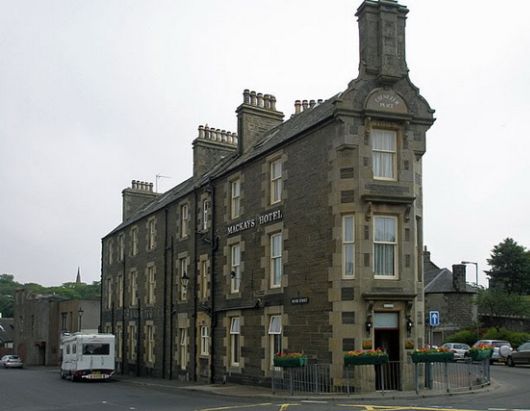 Ebenezer Place, in Wick, Caithness , Scotland , is credited by the Guinness Book of Records as being the world’s shortest street at 2.06 m (6 ft 9 in). In 2006 it surpassed the previous record (5.2 m, 17 ft) set by Elgin Street , Bacup, Lancashire . The street has only one address: the front door of No. 1 Bistro, which is part of Mackays Hotel. 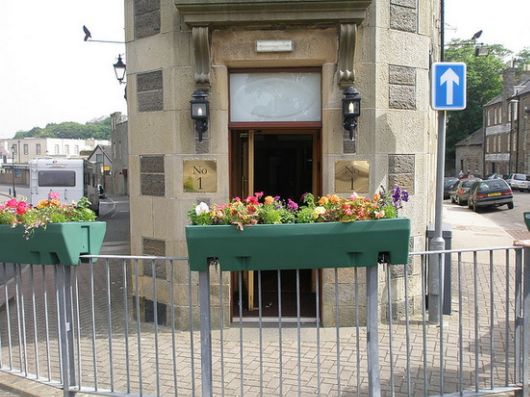 The street originated in 1883, when Ebenezer Place was constructed; the owner of the building, a hotel at the time, was instructed to paint a name on the shortest side of the hotel. It was officially declared a street in 1887.

2. The Narrowest Street in the World (Spreuerhofstrae) ? Germany 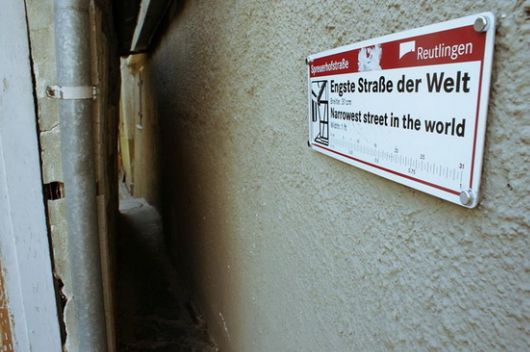 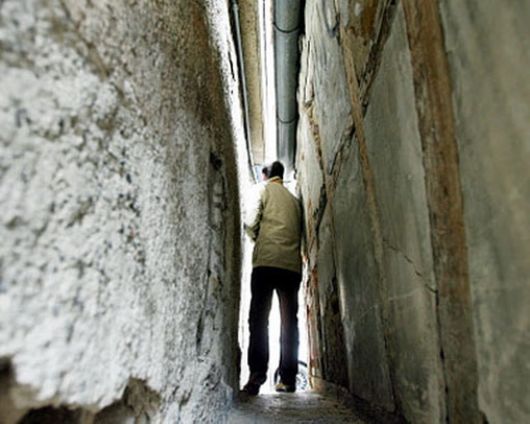 The lane was built in 1727 during the reconstruction efforts after the area was completely destroyed in the massive city-wide fire of 1726 and is officially listed in the Land-Registry Office as City Street Number 77. 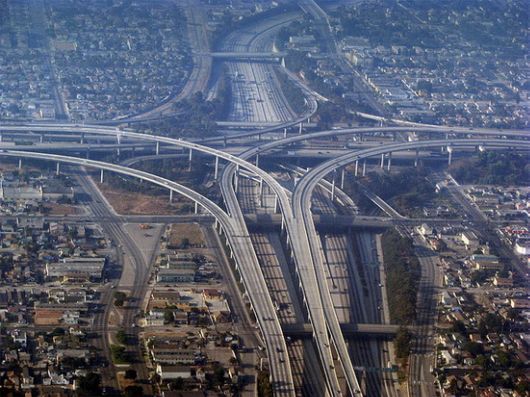 The Judge Harry Pregerson Interchange is situated in Los Angeles , CA and is one of the most complicated interchanges in the country. It permits entry and exit in all directions between the I-105 and the I-110. It?s a stack interchange with layers of bridges making a complicated network of roads allowing smooth flow of traffic though both the interstate highways. This interchange was opened in 1993. It is a 4 level interchange with a restricted access lane that can be used by high-occupancy vehicles.

4. Most Crooked Street in US, Lombard St ? San Francisco , USA 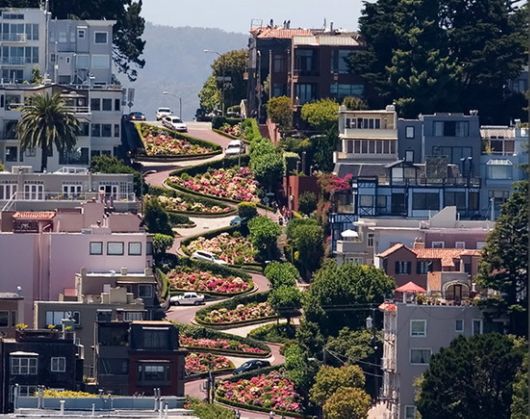 The street is famous for a small section near the top of Russian Hill, between Hyde and Leavenworth streets. Here the hill is so steep (27°) that it would be too dangerous for most vehicles, so between 1922 and 1923 this part of Lombard Street was transformed into a switchback with eight sharp turns. Cars can only drive downhill, east-bound towards Leavenworth Street . 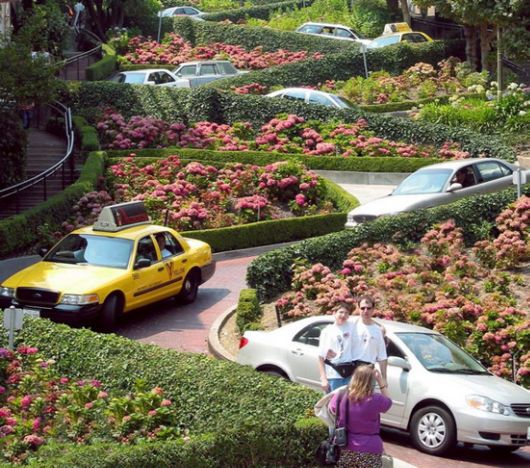 The crooked section of the street, which is about 1/4 mile (400 m) long, is reserved for one-way traffic traveling east (downhill) and is paved with red bricks. The speed limit in this section is 5 miles per hour (8.0 km/h).

5. The Steepest Street in the World, Baldwin Street ? New Zealand 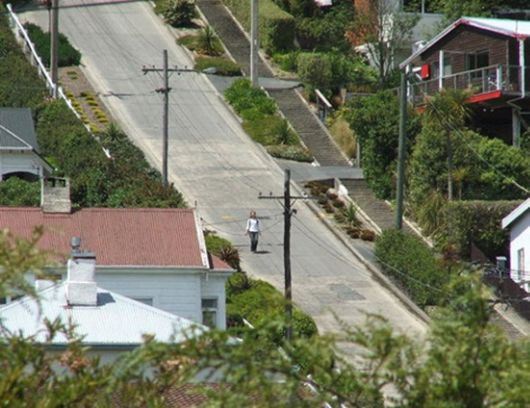 Baldwin Street in a suburban part of New Zealand ‘s southern city of Dunedin , is considered the world’s steepest residential street. It is located in the suburb of North East Valley , 3.5 kilometres (2.2 mi) northeast of Dunedin ‘s city centre. 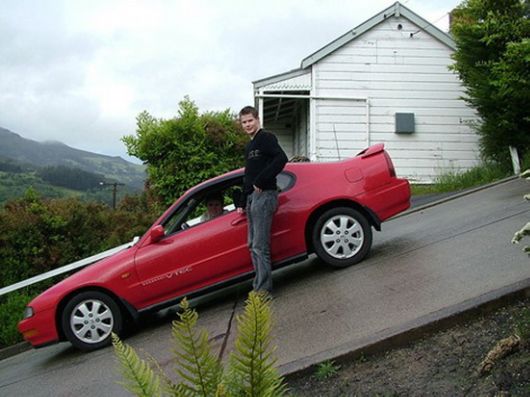 A short straight street a little under 350 metres (1,150 ft) long, Baldwin Street runs east from the valley of the Lindsay Creek up the side of Signal Hill towards Opoho, rising from 30 m (98 ft) above sea level at its junction with North Road to 100 m (330 ft) above sea level at the top, an average slope of slightly more than 1:5. Its lower reaches are only moderately steep, and the surface is asphalt, but the upper reaches of this cul-de-sac are far steeper, and surfaced in concrete (200 m (660 ft) long), for ease of maintenance and for safety in Dunedin’s frosty winters. At its maximum, the slope of Baldwin Street is about 1:2.86 (19° or 35%) ? that is, for every 2.86 metres travelled horizontally, the elevation rises by 1 metre. 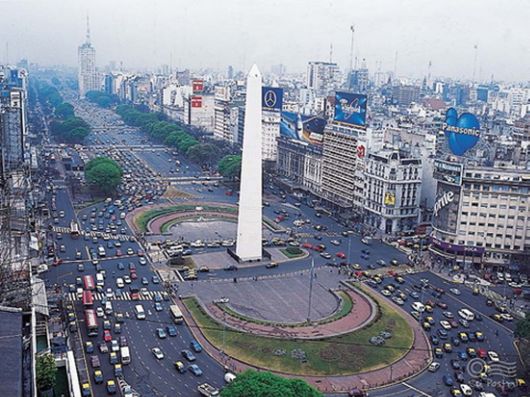 Buenos Aires, Argentina, features the widest avenue in the world. At over 300 feet wide, 9 de Julio Avenue occupies a gap of an entire block in the city grid, hence its incredible width. Crossing the avenue at street level often requires a few minutes, as all intersections have traffic lights. Under normal walking speed, it takes pedestrians normally two to three green lights to cross its twelve lanes of traffic. 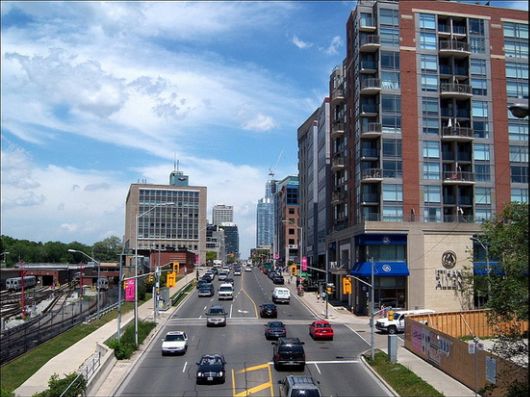 The Longest Street in the World is Yonge Street (pronounced ?young ), referred to as ? Main Street Ontario , connects the shores of Lake Ontario in Toronto in Canada to Lake Simcoe, a gateway to the Upper Great Lakes . Actually, it starts on the Toronto lakeshore and winds its way northwesterly along Highway 11 to Rainy River , Ontario , at the Minnesota border. Yonge Street is listed in the Guinness Book of Records as the longest street in the world at 1,896 km (1,178 mi), and the construction of this street is designated an Event of National Historic Significance. 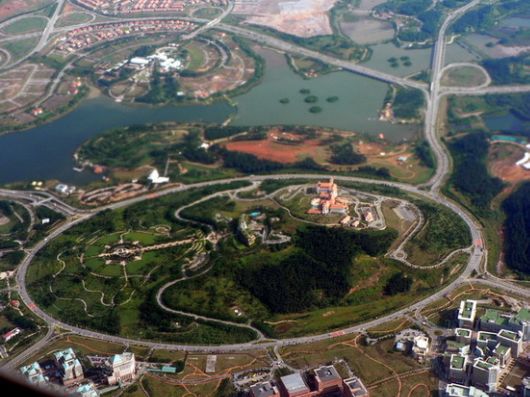 World’s Largest Roundabout (Putrajaya – Malaysia ) Putrajaya is in the south of Kuala Lumpur. It is a new political center, the loop length of it is 3.4 km. The roundabout is situated around a beautiful hill and green parks.

9. Most Confusing Roundabout in the World, Magic Roundabout ? Swindon , UK 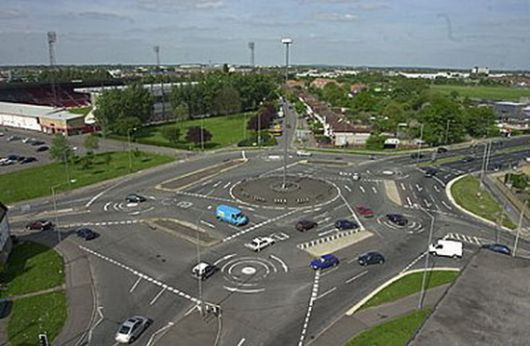 The Magic Roundabout in Swindon , England was constructed in 1972 and consists of five mini-roundabouts arranged in a circle. In 2009 it was voted the fourth scariest junction in Britain , in a poll by Britannia Rescue. To be fair, once understood this intersection is amazingly functional and actually designed to reduce overall congestion. However, it is certainly an urban wonder and highly perplexing to the uninitiated.