In which began during the holiday season, many of our fellow citizens are selected as the location for the perfect holiday to Italy. For those who are no longer surprised by the bustle of the eternal city of Rome andMilan shopping, our selection of the most cozy Italian cities on the coast.

Probably each of us ever dreamed of conduct if not life, then at least a vacation in a quiet hamlet on the shore of the sea, drink coffee and wine tasting at local restaurants, listening to the voices of seagulls and the sound of the surf. 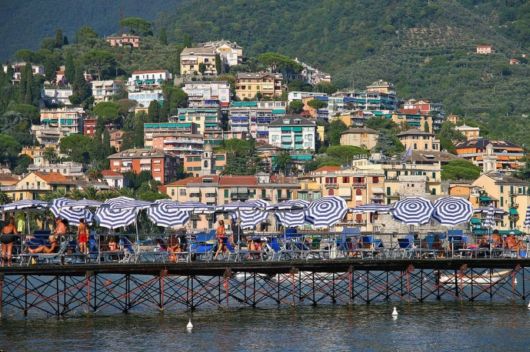 Rapallo
At 40 kilometers from Genoa is a small town of Rapallo. There are many historical monuments ? ancient cathedrals and churches, the oldest church is St. Gervasio and Protas, which was mentioned in ancient manuscripts of the VI century. Rapallo is veryclean, noble and charming city. In one of the best hotels in the nineteenth century, located on the bank near the port enjoyed staying Hemingway. Every day the coast of Rapallo white yachts moor. 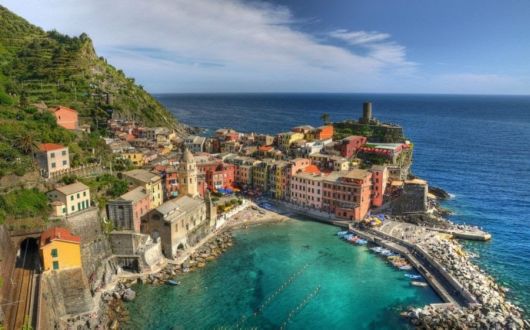 Vernazza
Vernazza is the most organic, beautiful and picturesque town of the Italian ?pyatizemelya? (Cinque Terre) Liguria. Today it is home to just over a thousand people, so Vernazza is also one of the quietest towns and compete with it can only calm Manarola. Against the background of multi-colored multi-storey houses, the towers are evident over the old medieval walls of galleries, palaces, monasteries and, of course, the castle, whose low walls once protected the peace of local residents from pirate raids. In the narrow streets of Vernazza, at steep angles going down to the sea, at almost every step possible to see the boats, ?parked? at home is just as natural as looking cars standing in our yards at the entrances. 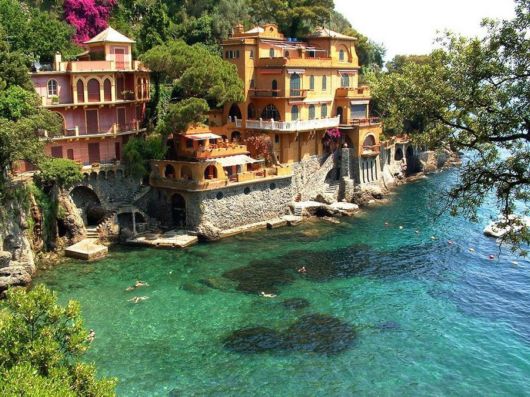 Portofino
Portofino ? the resort Ligurian coast. He is surrounded by hills covered with olive trees. From the windows of the cable car sightseeing the whole town is visible at a glance. It liked to be Guy de Maupassant, who wrote about Portofino: ?This Green Bay in the realm of harmony and peace, as contrasted with all the vain anxieties of our lives.? It has everything: untouched nature and beautiful beaches, historical monuments and expensive shops. The former fishing village turned into an amazing resort that celebrities love to visit. 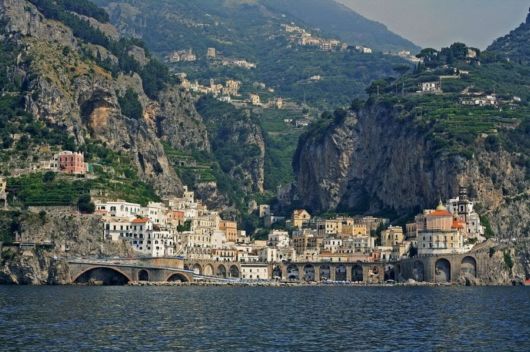 Atrani
Atrani ? a small town on the west coast of Italy, in the region of Campania, Province of Salerno. Atrani carefully preserved its medieval origins and with its picturesque alleys, arcs in, courtyards, plazas and staircases like a festive Christmas decorations, lapped by the sea. In the days of the Amalfi Republic in this town lived the noblest families. It was held coronation and burial of the Doges. Atrani is located just 700 meters from Amalfi, in a natural amphitheater surrounded by a huge, leaving up rocks. Center Atrani is located away from the busy coast road, as entrance to the city only allowed local people: it helps to save the town a pleasant and relaxing atmosphere. 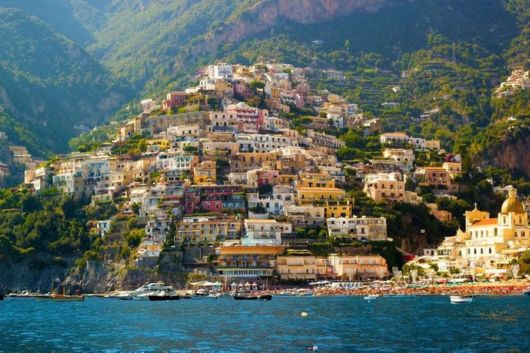 Positano
Positano ? one of the most famous resorts in the south of Italy, situated on the shore of the Gulf of Salerno on the Amalfi coast. The beauty of the landscape in the XIX century made Positano mecca for artists. The town is scattered over three small valleys sandwiched between the mountains and the sea. The typical colorful houses climbing the steep mountain slopes. Virtually anywhere in the town offers magnificent views of the sea. Positano is known since Roman times. According to legend, it was founded by the sea god Neptune (Poseidon). Galli islets off the coast of Positano are mentioned in the ?Odyssey? ? if you believe Homer, here lived a siren. Since the Middle Ages in the town preserved watchtowers, built to protect against the Saracen pirates. 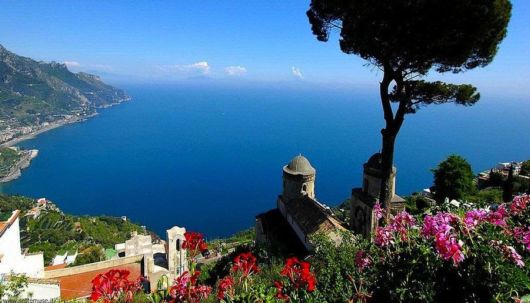 Ravello
Ravello ? the city of music with romantic gardens, cool alleys and medieval architecture. In XI ? XIII centuries, at the invitation of wealthy merchants, arrived in Ravello Arab architects and built palaces here. To this day, Ravello has kept the charm of the ancient village. The rich culture of Ravello is closely linked to its musical heritage. It often rested Wagner, in love with this place that inspired him to write many of his famous works. Every summer there is a festival of symphonic music in his name. From the slopes of the terrace on which the Ravello offers magnificent scenery of Amalfi Coast. 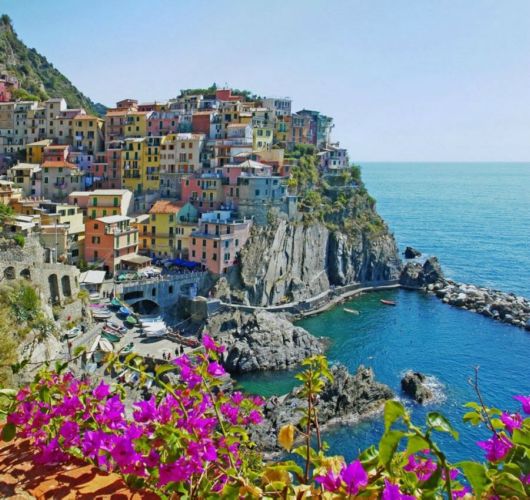 Manarola
Manarola ? small fishing town in Liguria, northern Italy. The city is located on a cliffoverhanging the wild coastline of the Ligurian Sea. It is also one of the five towns that make up Cinque Terre. Manarola is the oldest and one of the smallest towns in the famous five. In the center of town is the church of San Lorenzo, built in 1338. In the western part there is a small harbor in the east area, where locals often gather to discuss any important matters. Despite the fact that there is no beach ? this is a good place for snorkeling and study of caves and rock crevices. To descend to the water built a special ladder. The main fishery is traditionally a fishing and winemaking. Even in the times of the Roman Empire of the local wine is appreciated for its excellent taste. 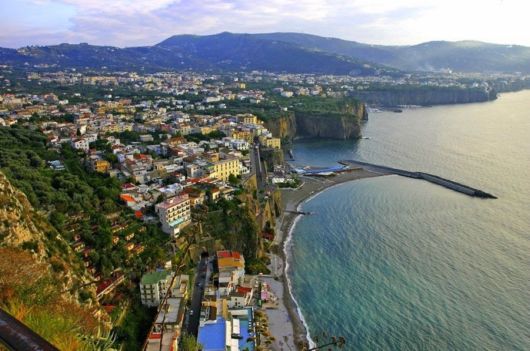 Sorrento
Sorrento has always been known as a prestigious place of rest: Roman patricians built around the villa, and on the nearby island of Capri settled by the Emperor Tiberius. Sorrento is located on the steep cliffs of volcanic tuff, terminating in the Gulf of Naples. Piazza Tasso can be called the heart of Sorrento. It was from here that the main shopping street, Via Corso, known for its restaurants, shops and clubs. In Sorrento there are two ports ? Marina Piccola and Marina Grande. Every morning from Marina Grande sent naval missiles on the island of Capri, Ischia, Procida and the nearby towns of Positano and Amalfi. 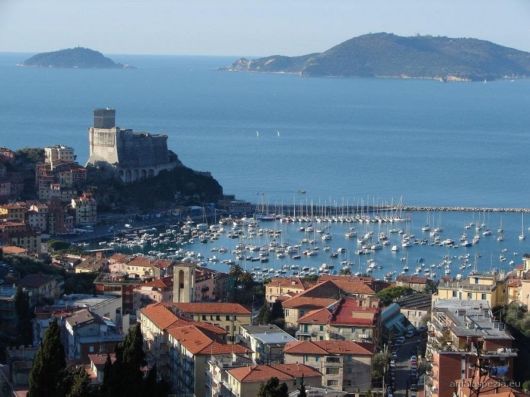 Lerici
Lerici ? it?s a strange mixture of buildings, small coves and rocky cliffs that pierce the sparkling sea. It is a favorite place of recreation for residents of northern part of Italy, because here you can enjoy a quiet relaxing holiday away from the crowds of foreign tourists. The main attraction of the town ? the old medieval castle. 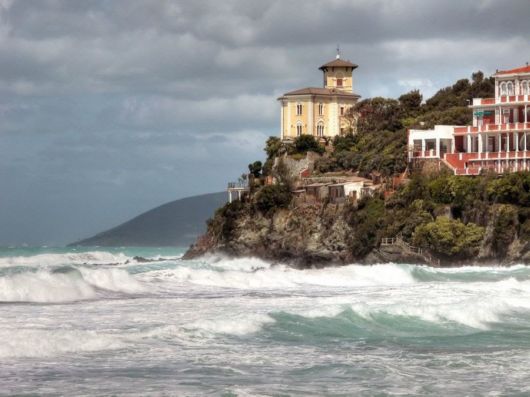 Castiglioncello
Castiglioncello ? a small town in the province of Livorno, located on a promontory washed by the Tyrrhenian Sea. The city is surrounded by pine and oak forests, and picturesque hills, which literally break off and fall down, forming cliffs, small bays and coves cozy with charming beaches. Past the beauty of this land could not pass by the ancient Romans and Etruscans, and later ? the Medici in the Renaissance. Recently, Castiglioncello is famous as a resort town, which once built their villas Marcello Mastroianni and Luchino Visconti. The town allows you to lead a quiet and measured life, eliminating the fuss and noise. Castiglioncello ? is a secluded resort for the elite. Mass tourism is an unwritten taboo here. Therefore Castiglioncello attracted many creative people including artists, founded the commune.