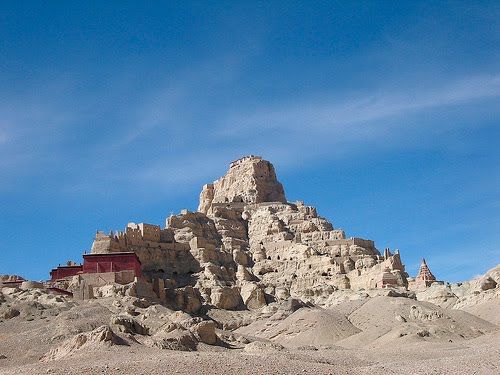 Tsaparang, the ancient capital of the Guge kingdom holds a special significance for the lovers of history. Situated in the Garuda Valley of Western Tibet?s Ngari Province, this lost kingdom [Vid] extended between modern Ladakh border and the upper Sutlej River. It lies approximately 26 kilometers west of the Thöling monastery, 278 kilometers west of Ali and in close proximity of the sacred Lake Manasarovar and Mount Kailash. What is eye-catching about Tsaparang is the large fort built on a 500-600 feet high pyramidal rock. 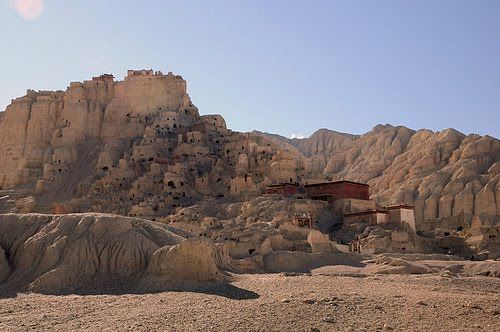 If you observe this rock closely, you can detect the presence of labyrinthine caves and tunnels dug onto it. It is speculated that in ancient times, there were two public temples the Lhakhang Karpo (White Chapel) and the Lhakhang Marpo (Red Chapel) accessed by the commoners inhabiting a village near its base. There are a set of serpentine tunnel staircases leading to the monks? quarters and the royal quarters with increasing height with the summer palace poised at the top. 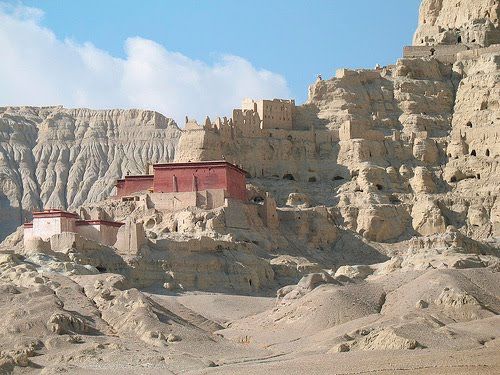 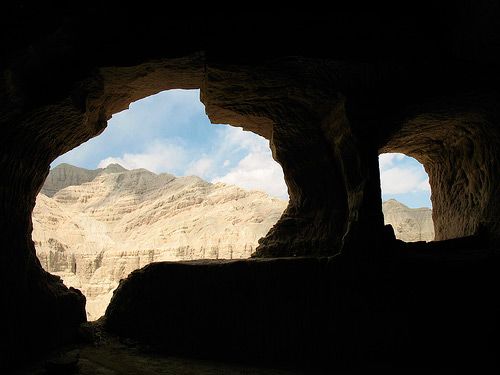 Historical accounts say that after the assassination of the anti-Buddhist Tibetan king Langdharma in the 9th century, one of his two sons named Namde Wosung had established Tsaparang as the Guge capital. Other accounts claim that Guge came into prominence when Langdharma?s grandson Nyima Gon fled to Western Tibet and subsequently distributed his kingdom among his descendents by the names of Maryul (modern Ladakh), Purang and Guge. Soon Guge acquired a powerful position by 10th century CE when it started controlling the India-Tibet trade route. 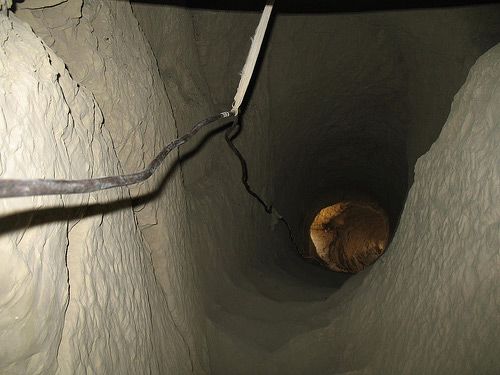 Tsaparang along with Tholing came into existence with the reintroduction of Buddhism in Western Tibet by King Yeshe O in the 11th century. The power and prosperity of the Guge Kingdom was felt far and wide and was visited by the missionaries Manuel Marques and Antonio de Andrade in 1624. The church that you find at the foot of the Tsaparang citadel was built by them. With missionary activities rising in subsequent times, Tsaparang was captured by the Muslim besiegers sent by the Ladakh king. Although they defaced Guge Empire, some of the most captivating frescos of Tsaparang have remained intact. 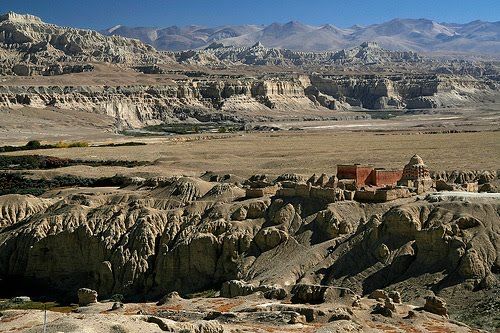 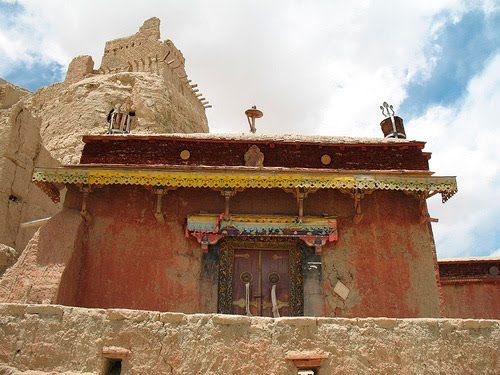 What puzzles modern tourists and researchers of Guge, is why this once lively empire, inhabiting at least by 10,000 people has left behind no descendents at all. Could the 1650?s Ladakhi invasion followed by that of the Red Guards of the Chinese Cultural Revolution have completely wiped out the tunnel residents of the Tsaparang dwellings? Today you can visit Tsaparang as a Tibetan tourist spot and come across an excess of interesting facts and clues about Tsaparang that the pages of history do not provide. 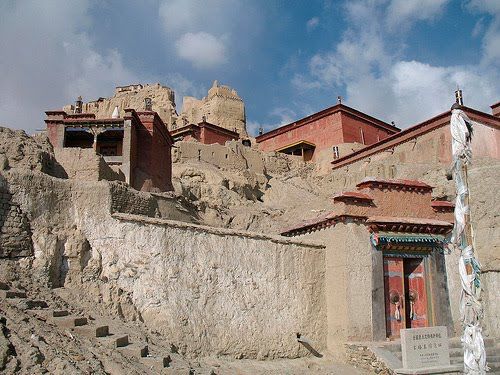 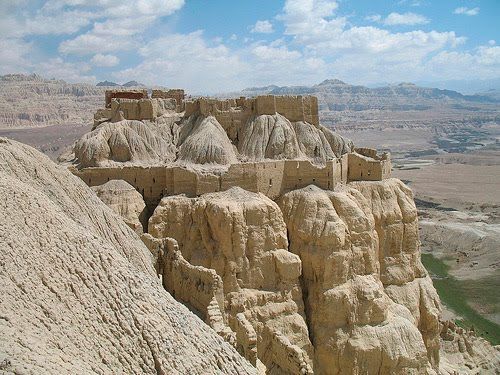 The average buildings of the conical rock over which the ruined citadel of Tsaparang is situated, are carved out of rocks and mud brick. The chapels along the winding path to Tsaparang have stood against the ravages of time and stand out distinctly from the surrounding ruins. The Guge temples containing a wealth of statues were destroyed indiscriminately by the Chinese Red Guards in 1967. Thankfully, just before that in 1948, the German Buddhist monk Lama Govinda and his wife had visited Tsaparang and photographed the temples in their untouched glory. 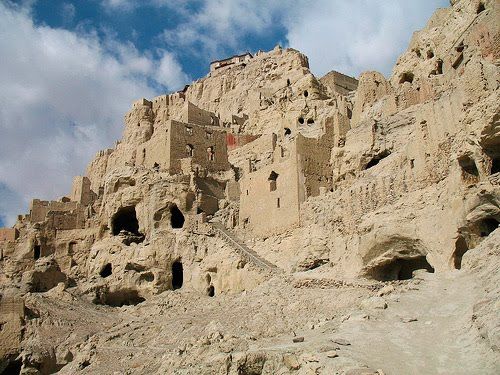 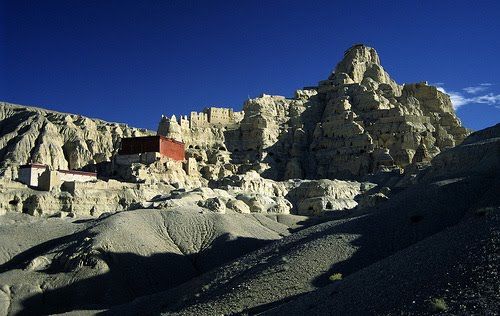 Along with the Red and White Temples, the smaller temple called Dorje Jigje Lhakhang in Tsaparang and the Tibetan Buddhist Rinchen Zangpo in Tholing are remarkable for their intricate geometric hand-painted patterns. All the three holy abodes are bedecked with a range of natural and imaginary deities that look beautiful despite the notorious vandalism. The 14,000 feet climb to the fortress on top calls for real fortitude, but when you actually go through it and explore the handiworks of the ancient Guge artists with a flashlight, the hard work seems to pay. 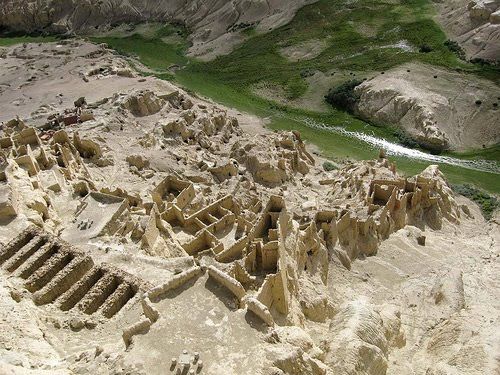 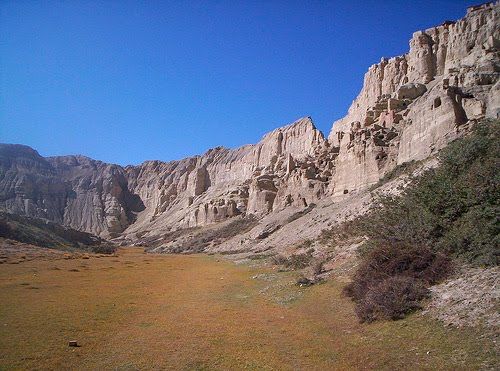