U Bein?s bridge is a teak structure that stretches almost 1,200 meters across the Taungthaman Lake, near the ancient Burmese capital of Amarapura. It is said to be the longest and oldest teakwood bridge in the world. The bridge was built in the mid 1800?s by the mayor U Bein by salvaging unwanted teak columns from the old palace when the reigning King Mindon decided to move the capital to Mandalay. U Bein?s bridge is supported by more than 1,000 pillars and thousands of wooden planks. Over time some of the pillars have been replaced by concrete piles to strengthen the structure so that it continues to serve as a main passage indispensable to the daily life of the local people, as well as being an exciting tourist destination.

Amarapura was founded in May 1783 as the capital of the Konbaung Dynasty. It remained so until 1857, when King Mindon began building a new capital city of Mandalay, 11 km north of Amarapura. With the royal treasury depleted by the Second Anglo-Burmese War of 1852, Mindon decided to reuse as much materials from Amarapura in construction of Mandalay. The palace buildings were dismantled and moved by elephant to the new location, and the city walls were pulled down for use as building materials for roads and railways. Unwanted wood from the palace and temples went into building of the bridge. 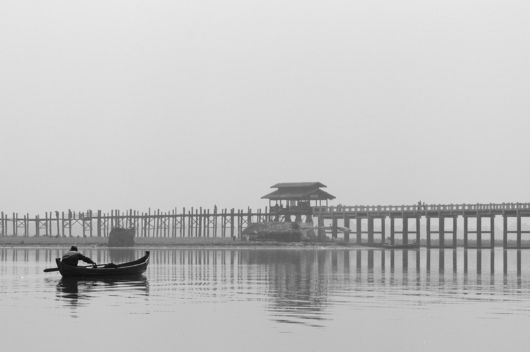 The best time to visit U Bein Bridge is in the afternoon. The view of sunset from and around the bridge is perhaps the most beautiful scene around Mandalay. The weather is also cooler and more comfortable, with a cool light breeze blowing over the serene lake. You can sit on the river bank of Taungthaman Lake, or take boat ride get a close up view of the bridge from the water. 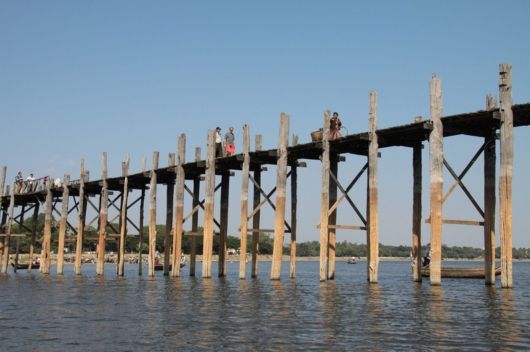 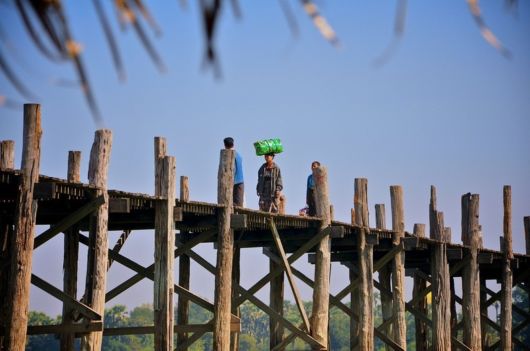 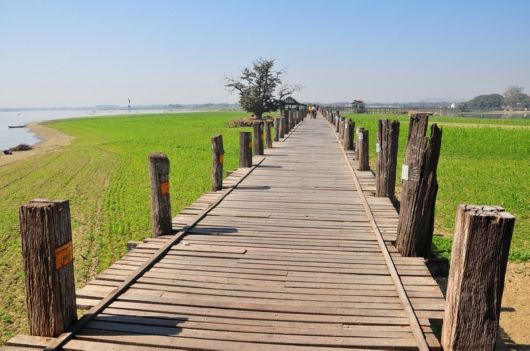 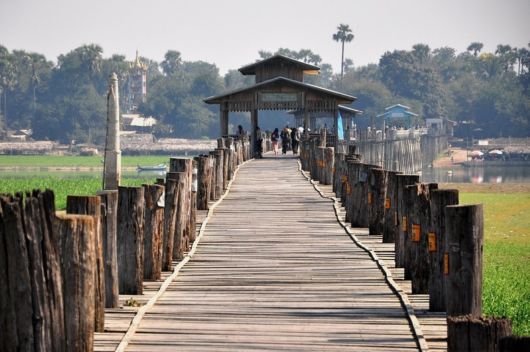 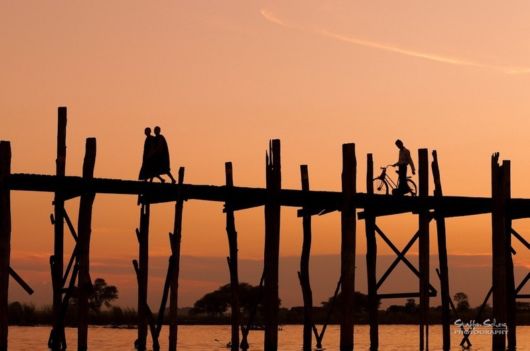 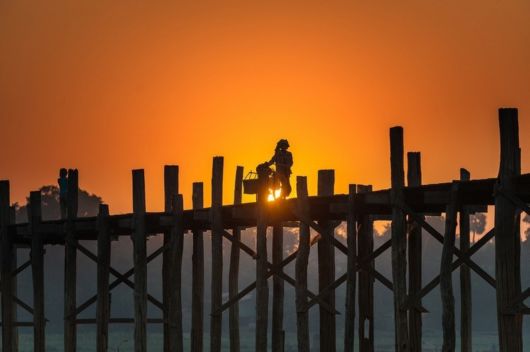 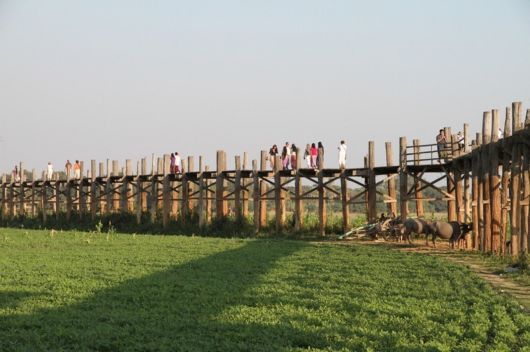 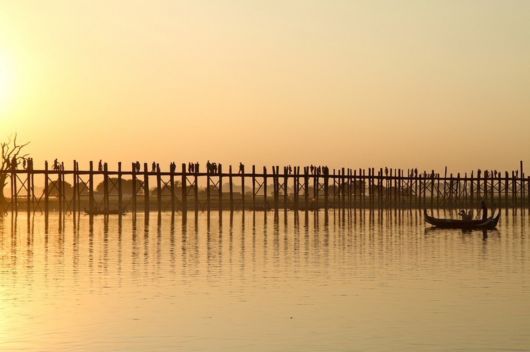 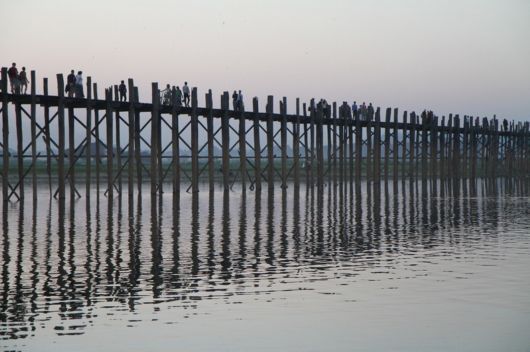 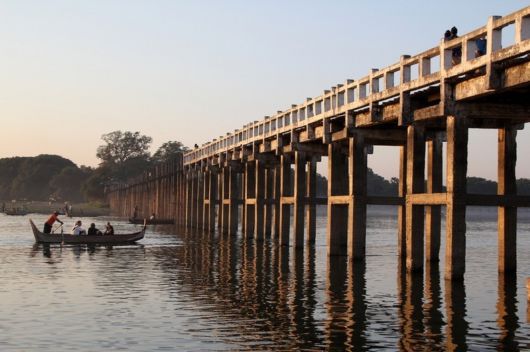 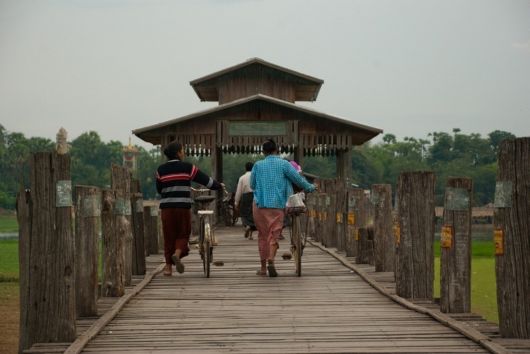 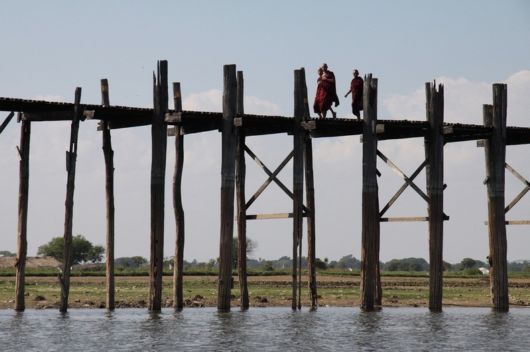 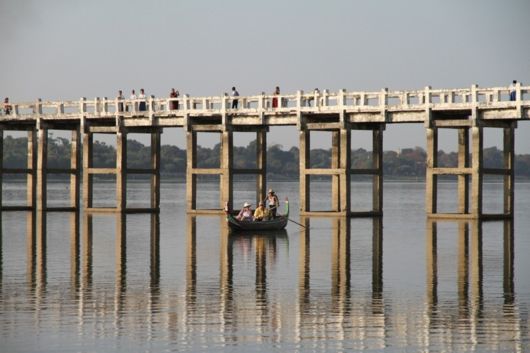