France is renowned for its many castles. With a very long and rich history, there are many structures still left from medieval times throughout this beautiful country, many of them still intact or rebuilt. A lot of them can be visited all year long, but very few can compete with the ten I’m about to show you. Enjoy seeing and learning a bit about these ancient, fascinating structures from an age gone long ago. 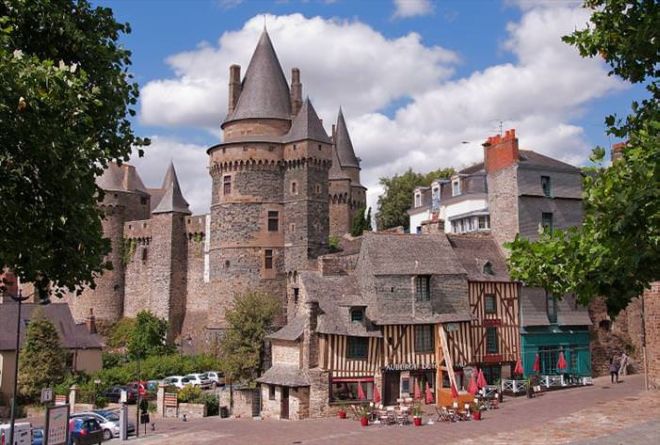 This medieval castle can be found in the town of Vitré in Brittany. The Château de Vitré was built close to the end of the 11th century. There used to be an even older castle there, but because it was made out of wood, it kept catching on fire, so they built a stone one. During the 15th century, the castle was much expanded with the addition of a tall tower, a gatehouse and a drawbridge.

Despite its proud fortifications, the citadel was surrendered without a fight in 1487. In 1820, the town of Vitré decided to buy the castle for themselves (cost them 8,500 franks, quite a lot in those days) and together they restored its outer structure. That is why today the château can be seen by visitors, has a small museum and a town hall. 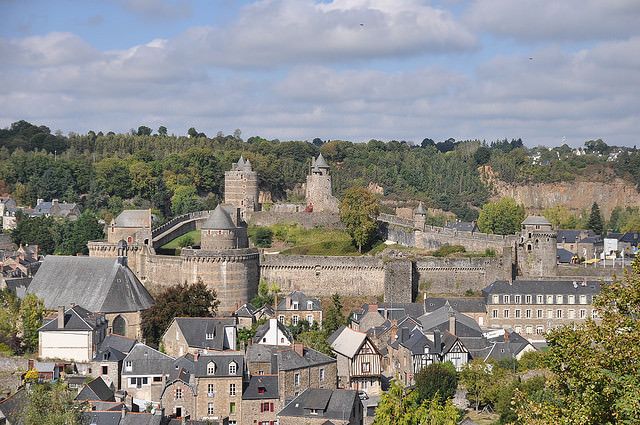 Another castle built in the 11th century, the Château de Fougères can be found near the city of Rennes in Brittany. The Château was built on a large rock, surrounded by the Nançon River, a great strategic location. It was originally made of wood but was destroyed by Henry II of England when he conquered it. It was reconstructed from stone and, in the 13th century, two massive stone towers were added, making it one of the largest fortresses in Europe.

Today, the château is owned by the city of Fougères as a tourist attraction and a place to learn about medieval times. You can get an audio guide that has music and sound effects from those times as you walk inside, recreating the atmosphere of the era. 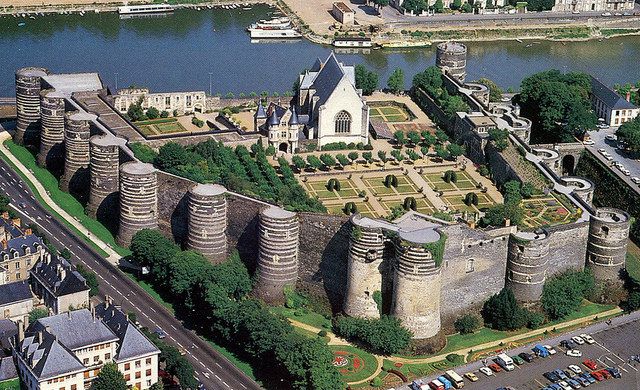 You can find this beautiful Château in Loire Valley in the city of Angers. Built on the remains of an abandoned Roman town during the 9th century, the Château d’Angers is one of the most popular castles in France. The Château houses the world-famous Tapestry of the Apocalypse, a set of magnificent tapestries woven during the 14th century and commissioned by Louis I, Duke of Anjou.

The tapestry shows scenes from the Bible’s Book of Revelations in remarkable color and exquisite detail. This giant castle has 17 watchtowers, made of grim dark stone. If you’re in the area, don’t pass this up. Entry is free and there are audio guides available for a small fee. 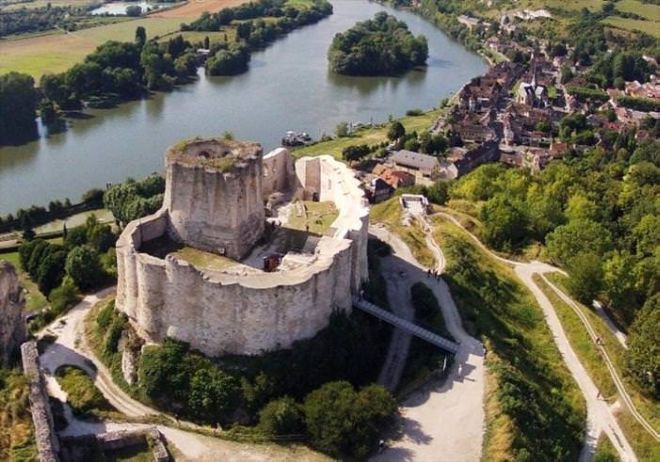 Built on a hill that overlooks the Seine as well as the city of Les Andelys, the Château Gaillard is one of the most beautiful sights in an already-picturesque Upper Normandy. The castle was built by the famous Richard the Lionheart. It took 3 years (1196-1198) to build this strong castle, but despite complex machicolations (a floor opening between the supporting corbels of a battlement, through which stones, or other objects, could be dropped on attackers at the base of a defensive wall) and a strong, concentric fortification, it was still conquered by Philip II of France, only 6 years later.

Château Gaillard was destined to continue and change hands between English and French ownership, until it was finally destroyed by Henry IV of France in 1599. However, the hardened castle walls resisted destruction and the fortress is still an impressive sight. Most of the castle can still be toured and is open to the public all year. If you want to see the inner keep, where the king made his accommodations, however, you’ll need to come between March and November