Clingstone, an unusual, 103-year-old mansion in Rhode Island’s Narragansett Bay, survives through the love and hard work of family and friends. 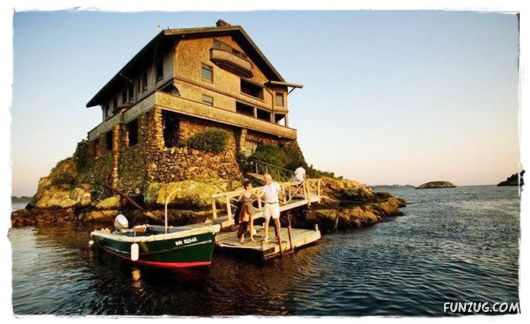 Henry Wood, the owner, runs the house like a camp: all skilled workers welcome. The Jamestown Boatyard hauls the family’s boats and floating dock and stores them each winter in return for a week’s use of the house in the summer. 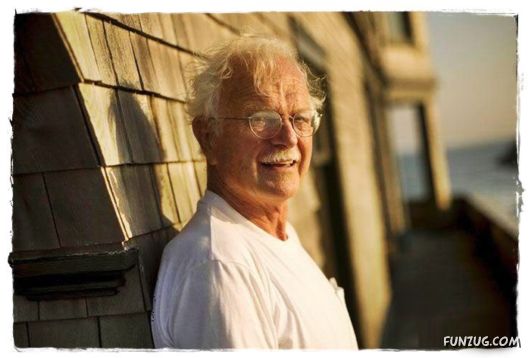 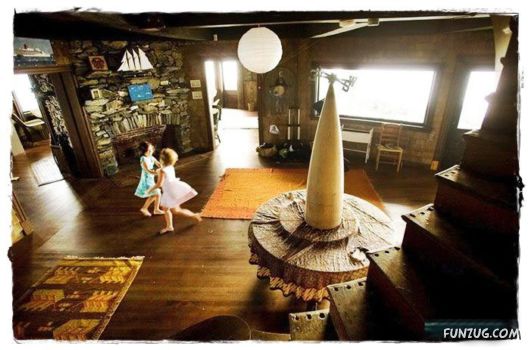 Clingstone had been built by a distant cousin, J.S. Lovering Wharton. Mr. Wharton worked with an artist, William Trost Richards, to create a house of picture windows with 23 rooms on three stories radiating off a vast central hall. 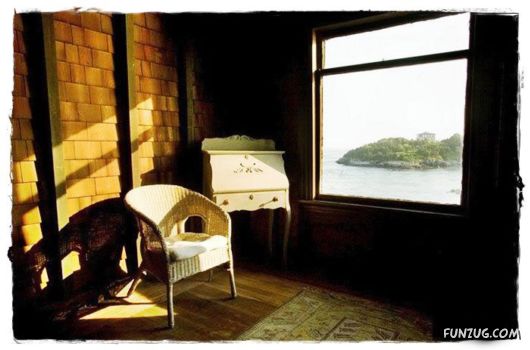 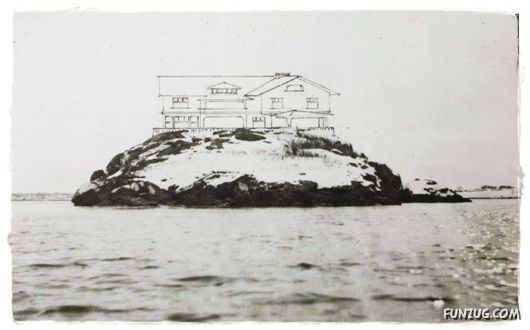 An early sketch of the house. Mr. Wood is as proud as any parent of his house, and keeps a fat scrapbook of photographs and newspaper clippings that document its best moments. Many of the historic photos he has were provided by the company that insured the house for its original owners. 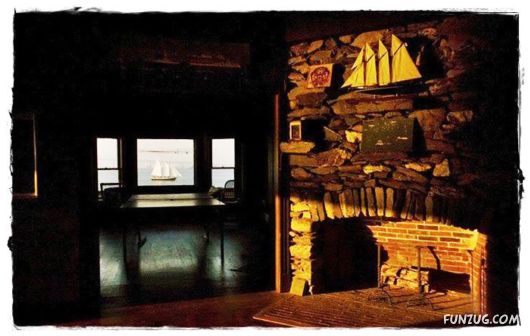 The Newport Bridge is visible from the windows of the Ping-Pong room, to the left of the fireplace. 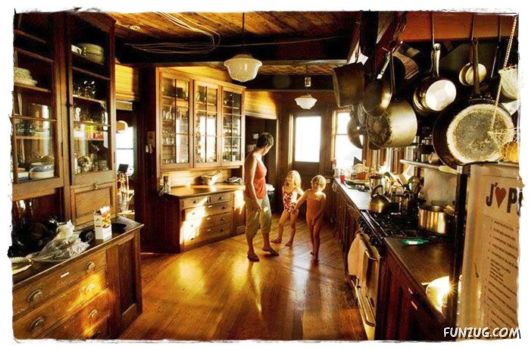 The house is maintained by an ingenious method: the Clingstone work weekend. Held every year around Memorial Day, it brings 70 or so friends and Clingstone lovers together to tackle jobs like washing all 65 of the windows. Anne Tait, who is married to Mr. Wood’s son Dan, refinished the kitchen floor on one of her first work weekends. 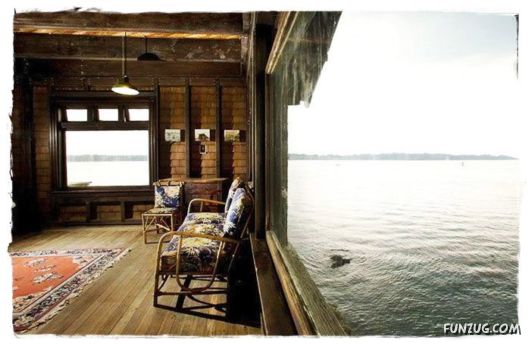 There are 10 bedrooms at Clingstone, all with indecently beautiful views. 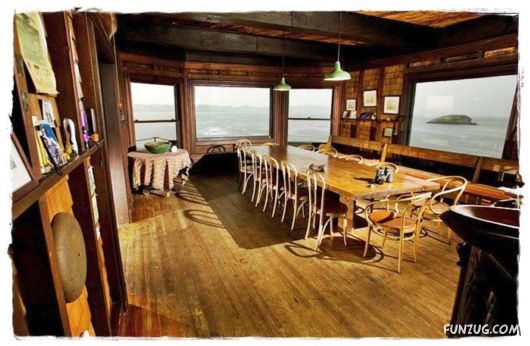 The dining room table seats 14. Refinishing the chairs is a task on the list for a future work weekend. 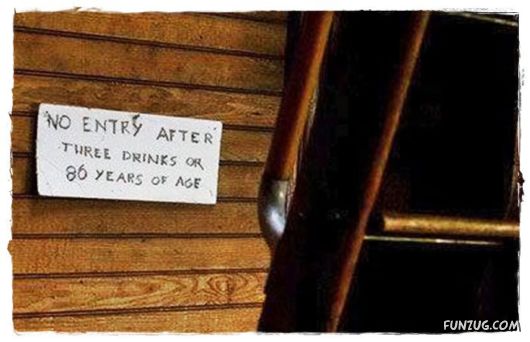 Sign by the ladder that leads to the roof reads: No entry after three drinks or 86 years of age. "It used to say 80 but we had a guy on a work weekend who was 84, so I changed it," said Mr. Wood, ever the realist. It would have been a shame to curtail the activities of a willing volunteer.