Most people look for comfort and luxury when selecting their hotel rooms. However, there are a select few who wish for something more. I?m not sure whether these hotel rooms are what they had in mind but they will certainly provide you with the experience of a lifetime. Read on to find out more about the World?s Weirdest Hotel Rooms!

This is the world?s deepest bedroom. Sweden?s historic Sala Silvermine hotel offers a room that is 155 meters below the ground. It is one of the World?s best preserved mine settings. Experience the dark winding galleries, massive caverns and magic lakes. The underground setting is out of this world. Be careful to take warm clothes though, as the bathrooms are only 2 degrees Celsius! 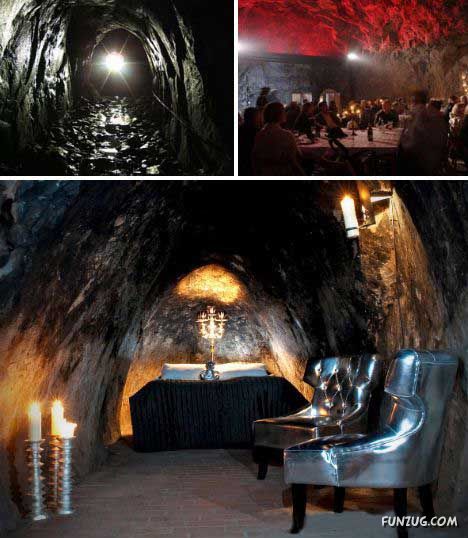 The holiday out hotel has been specially made to accommodate the vast amount of spectators of the 2012 Olympics held in London. The hotel rooms are suspended tents located very close to the Olympic Park site in the Wick Community Woodland. While it won?t provide 5 Star accommodations, it will certainly be an experience and a great low-cost choice. 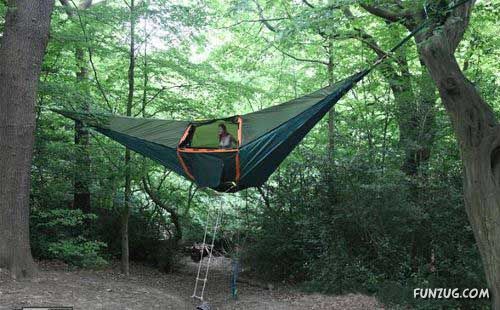 Propeller Island City Lodge, located in Berlin, Germany is an usual hotel with artistic rooms. One of these is the Mirror Room. It is constructed in a diamond shape and is surrounded by mirrors, giving guests the impression of being inside a kaleidoscope. 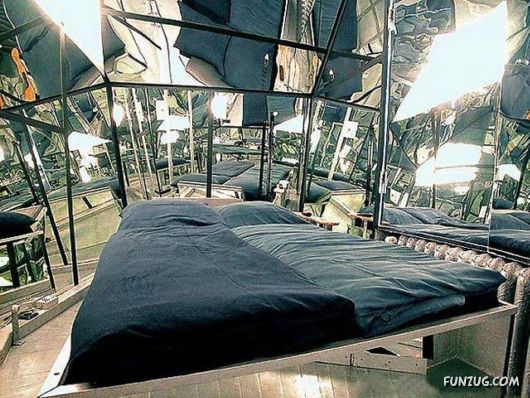 This beautiful hotel is perfect is you like cold temperatures. Situated in Sweden, the water from a river running near the hotel is used to create the hotel every year! It became as an igloo and is now the World?s largest hotel of ice and snow at about 5500 square metres. 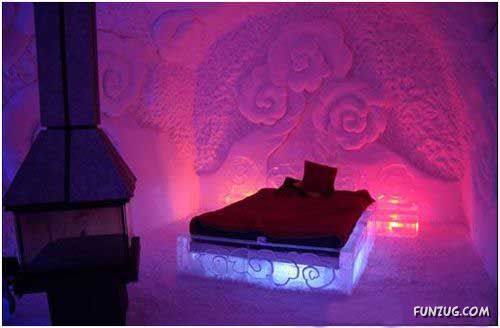 The Das Park Hotel at Ottensheim, Austria has transformed sewer pipes into hotel rooms. It is one of the smallest hotels in the world, offering tiny rooms made from 10-ton segments of drainage pipes. The bathrooms are shared but the guests get to pay whatever they want. 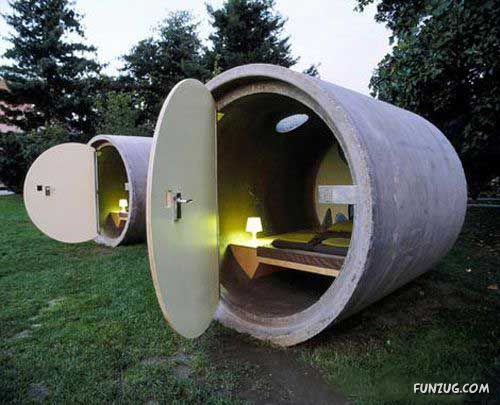 6) The Upside Down Hotel Room

This room is again found in the Propeller Island City Lodge. Designed by German artist Lars Stroschen, this room is made to alter the guest?s perceptions of the world by turning it completely upside down! It is outfitted with furnishings that hang from the ceiling. The guest?s sleep in comfortable ?boxes? beneath the floorboards. 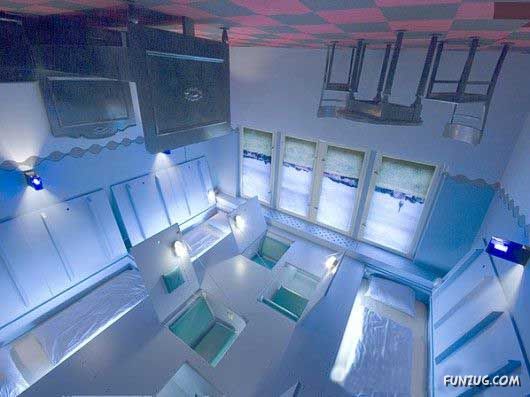 The world?s first sand hotel was constructed in 2008 on this English beach in Dorset. It weighs 1000 tons and costs just $21 a night. Guests can relax in one of the twin or double bedrooms while enjoying an unobstructed view of the night sky. The only problem is when you need to go the restroom?as there are none in this hotel. Moreover, it only lasts till it rains and is remade every year. 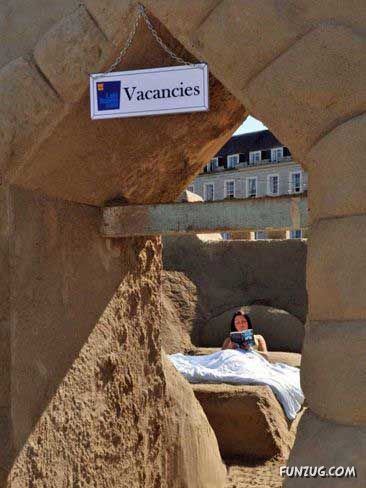 This unique hotel was launched in Eindhoven, The Netherlands in 2009. These folding hotel rooms are designed by Hubert von Heijden and can be rented to organizations that want to use the rooms for guests, staff or festival-employees. 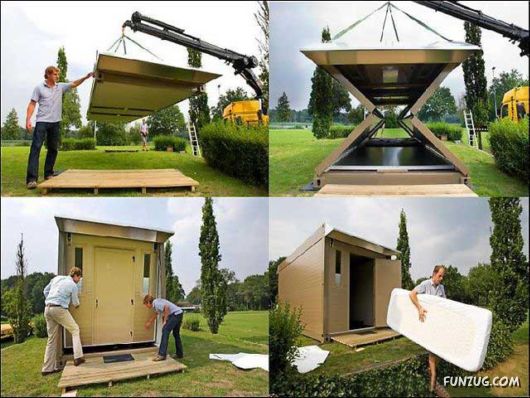 Ever wondered what it looks like inside a prison? Well, wonder no more. This spooky room at the Propeller Island Hotel is a re-created prison cell. To make it even more authentic, it even has an exposed toilet in the center of the room. 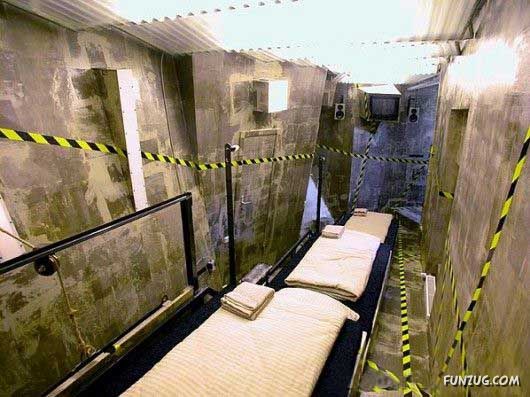 Named after the author of the framed maritime tale 20,000 Leagues Under the Sea, Jules Undersea Lodge is the World?s first underwater hotel. It was originally built in the early 1970?s as a groundbreaking research lab off the coast of Puerto Rico, the Lodge has been in business in Key Largo, Florida since relocating there and opening to the match in 1986. However, you must be a certified scuba diver to enjoy this. 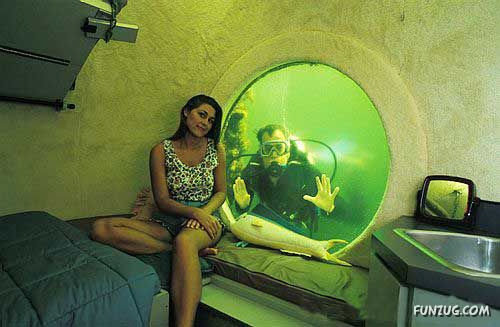