We’ve all seen the Hollywood “wire-fu” and the Chuck Norris white-boy karate. Everybody knows about the Segal arm snap and the Van Damme ballerina kick. Even the popular modern mixed martial arts combat sports are dominated by a fairly rigid set of styles that often result in grueling grappling matches, methodically paced Brazilian jiujitsu, and run-of-the-mill hybrid kickboxing.

But there are many other fighting styles. What about the moves too brutal for the ring and too ugly for the screen? What about the age-old deadly arts that have stood the test of time without being bastardized, glamorized, and regurgitated by seekers of profit and fame? Here are several examples of hardcore martial arts that you won’t see taught in strip malls to anyone who has a few extra bucks a month. 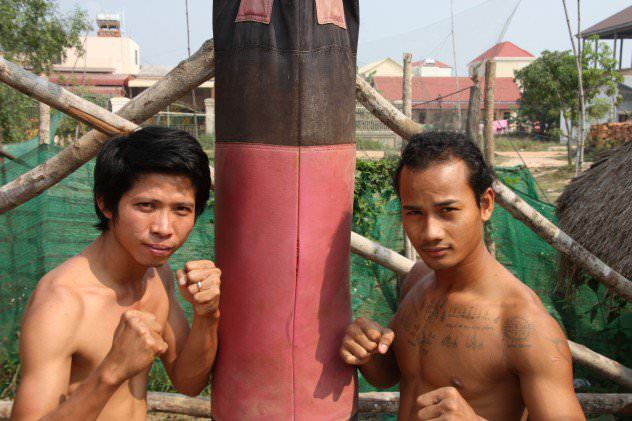 Bokator is a Cambodian martial art that dates back to the armies of Angkor, who dominated the battlefields of Indochina over 1700 years ago. “Bokator” translates as “pounding a lion”, referring to an ancient legend telling of a Bokator practitioner who found himself toe-to-toe with a man-eating lion. As the story goes, the warrior killed the bloodthirsty beast with a single, perfectly placed knee strike.

Like many other Asian martial art styles, Bokator is based on the movements and mannerisms of various animals, such as eagles, cranes, horses, snakes, and, of course, lions. What sets it apart from the others is its brutality and battlefield practicality. Boasting a catalogue of over 10,000 techniques such as elbow and knee strikes, joint locks, throws, and submissions, Bokator is a deep and very complex art form, giving fighters endless options for engagement. 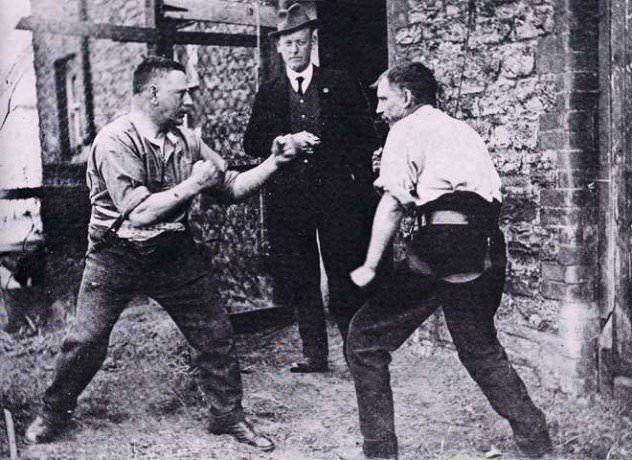 This one is a lot more intense than it sounds. In fact, they should have called it “maim and kill”, since that was the main goal in mind when this system of fighting was developed during the 18th and 19th centuries in the southern United States. The term “gouging” was also used to describe this fighting style due to the fact that one of its most prolific techniques was eye gouging, and not the classic Three Stooges finger poke either.

Rough and Tumble fighters emphasized maximum disfigurement and a no-holds-barred ferocity that can be challenged by very few others. Some were even said to have filed their teeth into razor-sharp weapons, which they would then use to bite off the ears, noses, lips, and fingers of their opponents. And since the genitals were fair game, many fighters literally lost their manhood in these cold-blooded confrontations. This heartless brutality is the main reason why Rough and Tumble isn’t often talked about or practiced in these “civilized” modern times.

And since most of the techniques were never officially codified and cannot even be practiced without the extreme danger of life-altering injury, they have been largely ignored by the majority of the modern martial arts community. It seems nowadays that most people, even those who love to fight, are just not quite hardcore enough for the eye-gouging, neck-biting, genital-ripping fun that is Rough and Tumble. 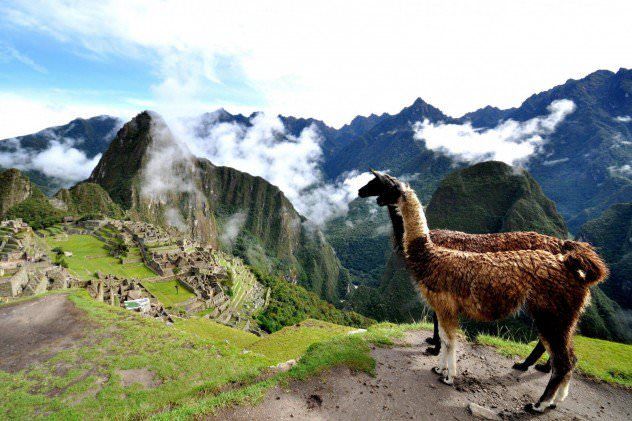 A product of the poverty-stricken shantytowns of Lima, Peru, Bakom is a dangerously ruthless martial art that teaches not only to quickly disable and/or kill your opponent, but also to use deception and other so-called “less than honorable” tactics, such as the use of hidden weapons.

Founded in the 1980s by a former Marine and ex-convict, Roberto Puch Bezada, Bakom is officially classified as a modern hybrid martial art, incorporating various elements of jujutsu with Vale Tudo-style street fighting. Common techniques include bone-snapping arm locks, merciless chokeholds, and precision strikes at the vital organs, all at a breakneck pace designed to overwhelm opponents before they have time to realize how much trouble they’re in. The result is a blitzkrieg of beat-down that nobody wants to see heading their way. 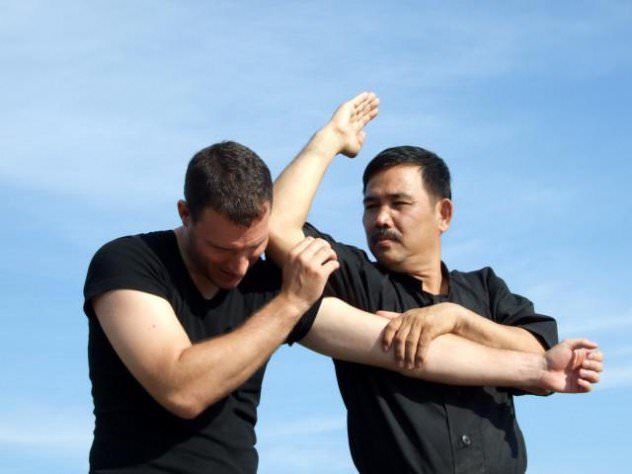 Lerdrit is a modern derivation of the traditional Thai fighting techniques currently practiced by the elite commandos of the Thai Royal Army. The basic principles of Lerdrit are similar to those of its predecessors (Muay Thai, Muay Boran). However, there are a few key differences that kick it up by a whole new factor of awesomeness.

Fighters are taught to attack without warning, immediately take their opponents to the ground, and finish the fight quickly with one of the many devastating kill strikes, such as a boot to the throat or elbows to the temple, all while minimizing risk of injury by using the “hard” parts of the body, such as knees, palms, shins, and (the aforementioned classic) the elbow. As with all military fighting systems, Lerdrit’s goal is radical and specifically designed for life or death situations. It’s not just about kicking ass; it’s about taking lives.

Based on the ancient boxing traditions of Egypt, Dambe is a deadly striking art developed by the Hausa people of West Africa, many of whom traveled the land as butchers, moving from village to village performing combat ceremonies and taking on any challengers.

The primary weapon in Dambe is the strong-side fist, also known as the spear, which is wrapped in a piece of cloth covered by tightly knotted cord, while the fighter’s favored leg is wrapped in a thick chain. It’s as if kicking people in the face just wasn’t quite hardcore enough for the butchers of West Africa. They had to start wrapping their legs in jagged metal to really get their blood going.

Interesting side-note: Many of the modern-day Dambe fighting companies who travel the land performing for villages engage in the ritualistic smoking of marijuana before bouts.