We think we perceive objective reality, but perception is always altered by invisible biases. Illusions demonstrate this fact. So go ahead, get your own perception from 10 of the coolest illusions ever made. 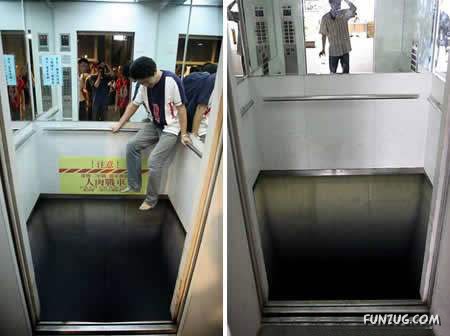 Going into this elevator would certainly makes one nervous. A sign at the entrance cautions the people that goes in about work in progress. A more detailed look shows that the floor has been painted with an illusion that there is no floor. 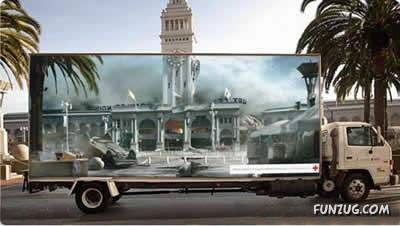 The Red Cross creatively used the power of optical illusion to shock viewers in its earthquake-awareness campaign in San Francisco. 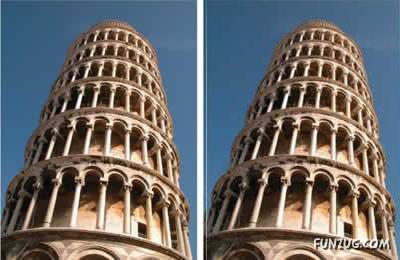 Both the images are the same! This is a novel illusion that is as striking as it is simple. The two digital photography images of the Leaning Tower of Pisa are identical, yet one has the impression that the tower on the right leans more, as if photographed from a different angle. The reason for this is because the visual system treats the two images as if part of a single scene. Normally, if two adjacent towers rise at the same angle, their image outlines converge as they recede from view due to perspective, and this is taken into account by the visual system. So when confronted with two towers whose corresponding outlines are parallel, the visual system assumes they must be diverging as they rise from view, and this is what we see. 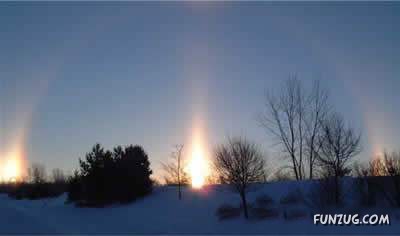 This is a natural illusion. On this day, the Sun rised due east at the Equinox, a geocentric astronomical event that occurs twice a year. What we see here is a set of ice halos, recorded on a cold winter morning near Green Bay, Wisconsin, USA. Produced by sunlight shining through common atmospheric ice crystals with hexagonal cross-sections, such halos can actually be seen more often than rainbows. The remarkable sunrise picture captures a beautiful assortment of the types most frequently seen, including a sun pillar (center) just above the rising Sun surrounded by a 22 degree halo arc. Completing a triple sunrise illusion, sundogs appear at the far left and far right edges of the 22 degree arc. An upper tangent arc is also just visible at the very top of the view. 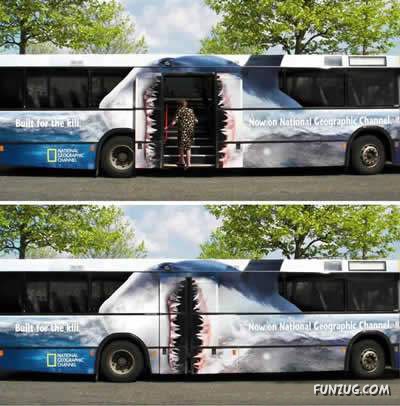 This was featured in the Economist Magazine article titled "Top Ten Signs" and was a finalist for an Epica Award in 2003. All this time we thought the "Land Shark" skits on Saturday Night Live were just comic fun. Little did we know at the time that this might happen. It starts out innocently, a caring relative gets an exotic pet for their niece or nephew. The beast gets big enough to take off a fingertip and flush it’s gone. But being the cleverest species of them all, they adapt and the next thing you know you have a land shark as big as a bus. 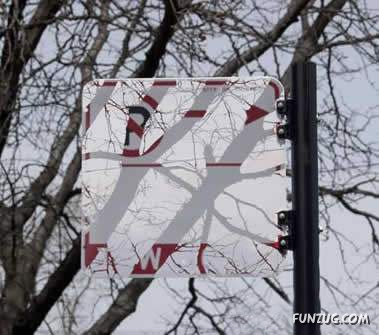 Chicago artist Cayetano Ferrer paints street signs with images of its immediate background, thus giving them the illusion of transparency. 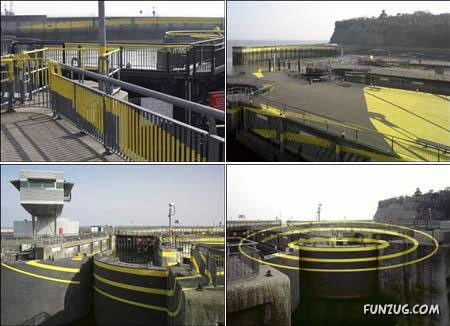 Cardiff Bay barrage visitors would definitely love the art that Swiss artist felice Varini and his team created. Seen at a certain angle, the large optical illusion would render into a public art which would fascinate unknowing visitors. 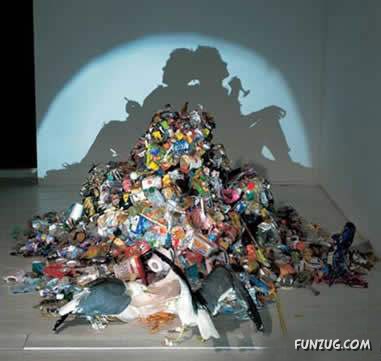 Partners in both life and art, Tim Noble (1966) and Sue Webster (1967) explore the toxic influences of consumer culture through new modes of portraiture. Turning garbage into complex and visually arresting sculptural installations, Noble and Webster exploit, manipulate and transform base materials, often using self-portraiture to undermine the "celebrated" authorship of the artist. This artwork is called "Dirty White Trash", Six months’ worth of the artists’ rubbish.

A "Be careful" Ad illusion. It lets people know they should be more careful on how they use those stairs…

Yes, it’s simple, but still cool, since it’s so simple, you can do it yourself!