The largest kidney stones most doctors ever get to see is the size of a golf ball.

So surgeons in Hungary were taken aback when they removed a stone the size of a coconut from a man earlier today. Sandor Sarkadi underwent an abdominal operation in Debrecen, 150 miles east of Budapest, after doctors discovered he had a kidney stone inside him that was 17 centimetres in diameter. 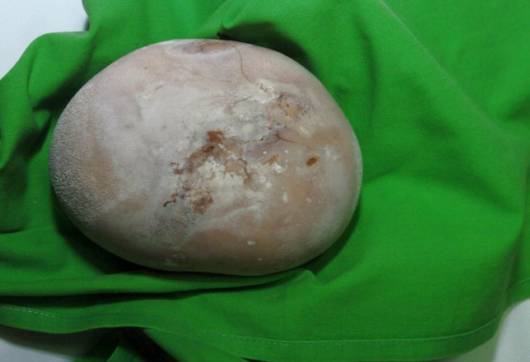 Mr Sardaki was rushed into an operation theatre in the Kenez Gyula Hospital when an X-ray revealed he was carrying around the gigantic lump. The delicate procedure to remove the stone, which weighed a staggering 2.48lbs, passed without incident. Kidney stones vary in size. They can be as small as a grain of sand or as large as a golf ball, which makes Mr Sarkadi’s stone all the more remarkable. 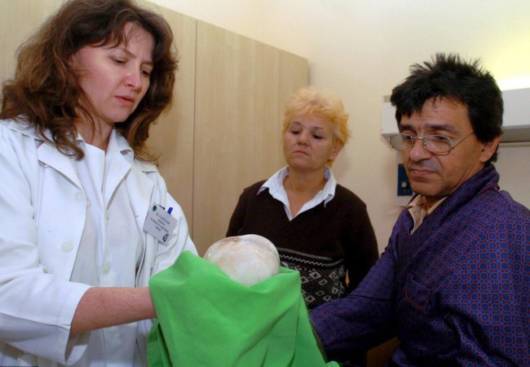 An X-ray earlier in the day revealed the sheer size of Mr Sardaki’s stone. 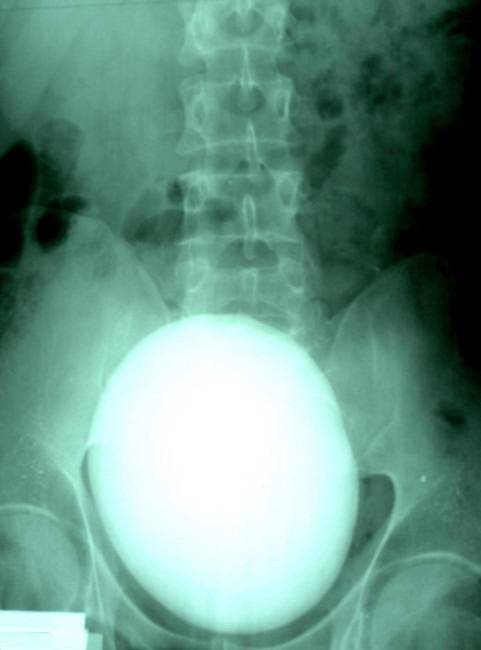