In Italy, accident truck hit the mint, which was carrying two million euros. The truck overturned on the roadway from the car spilled a large quantity of coins. Part of the money was looted by passing motorists. According to preliminary calculations, were abducted about 10 thousand euros. As stated in the police, the driver and passenger of a truck received injuries, so could not prevent the robbery. 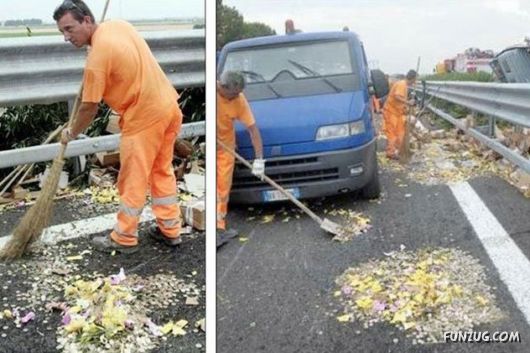 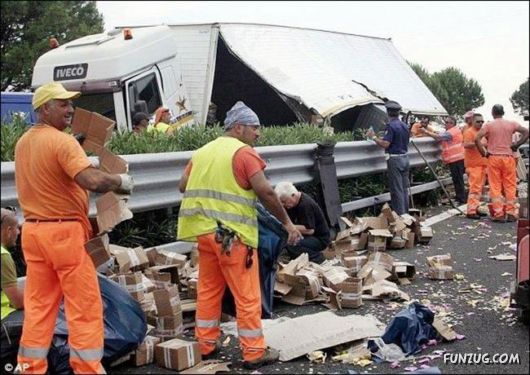