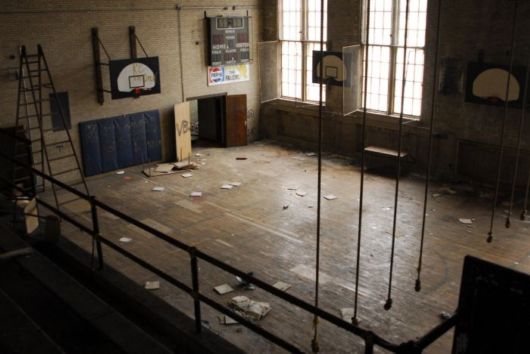 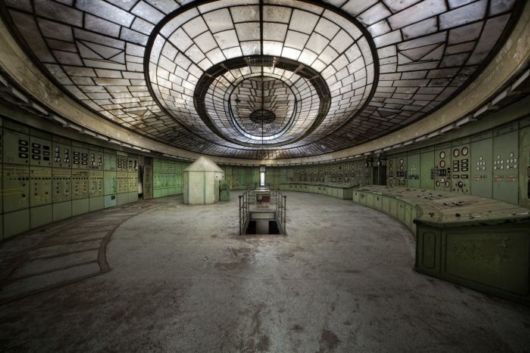 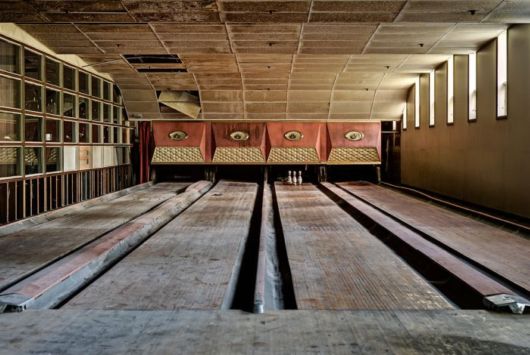 In a ghost town devoured by the Namibian Desert 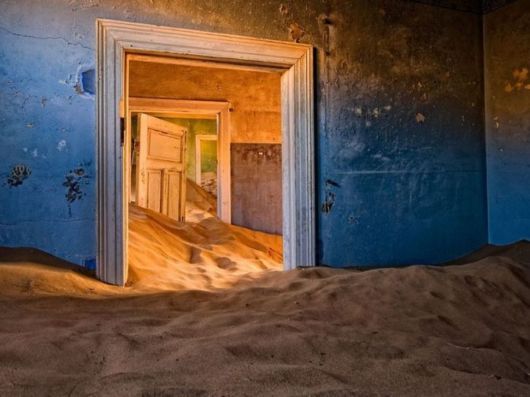 Wreck of the SS America on the coast of Fuerteventura, Canary Islands 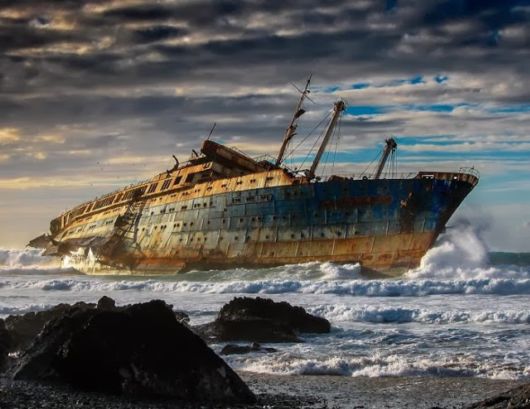 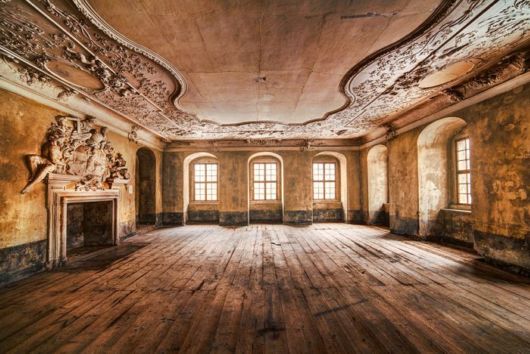 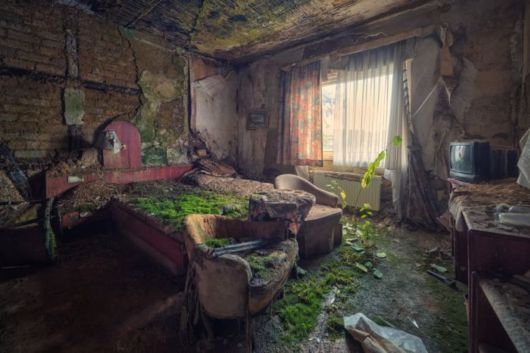 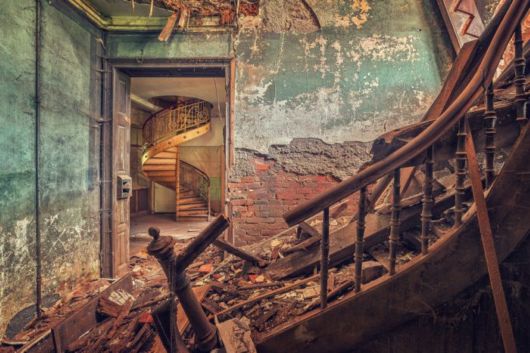 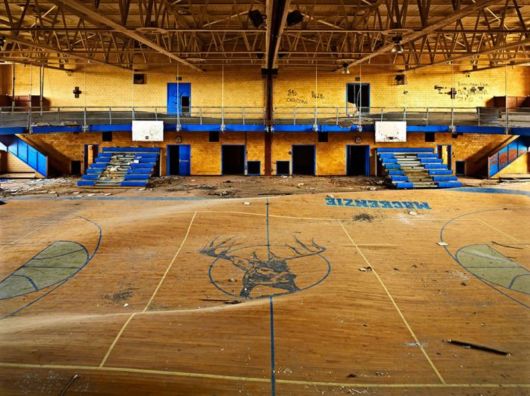 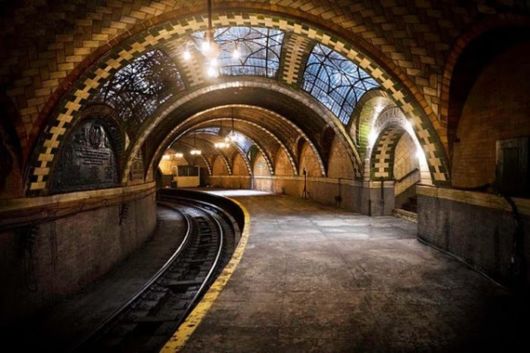 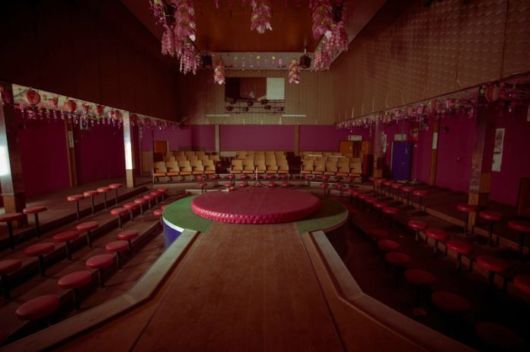 A long-forgotten motel on the plains of Texas 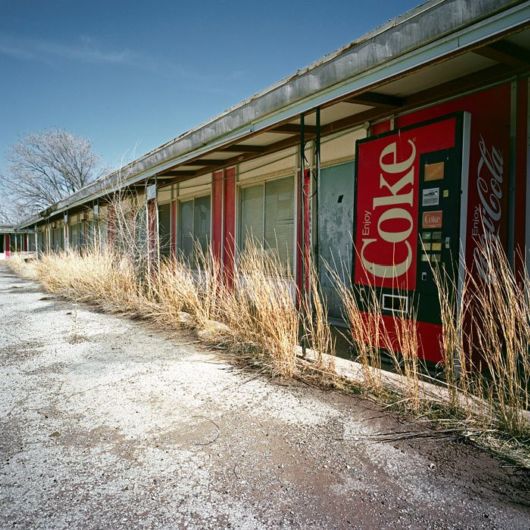 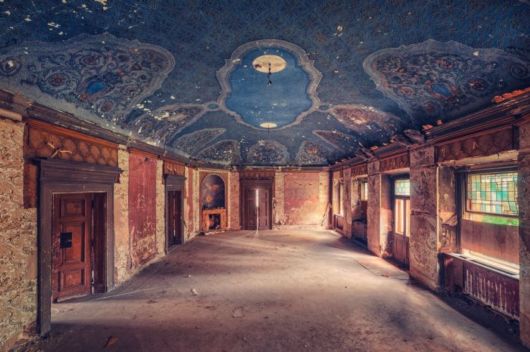 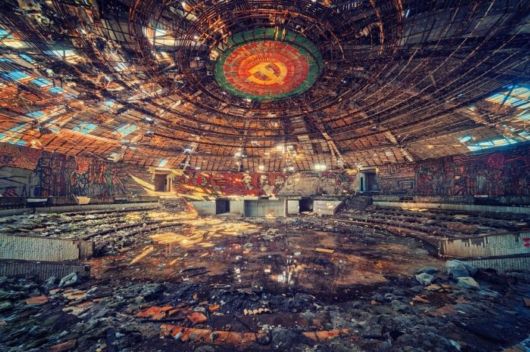 Massive door in an abandoned mine 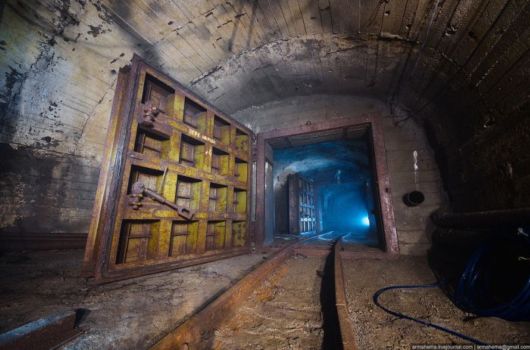 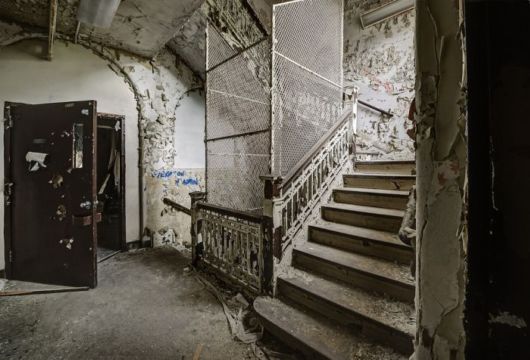 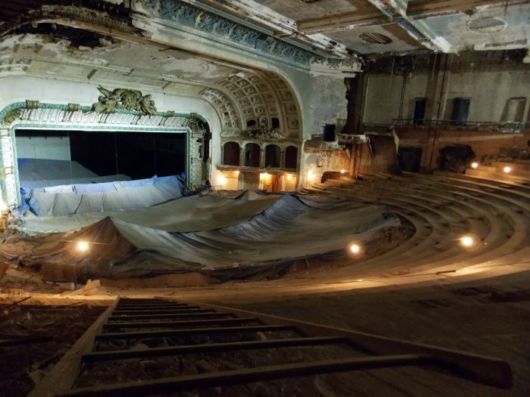 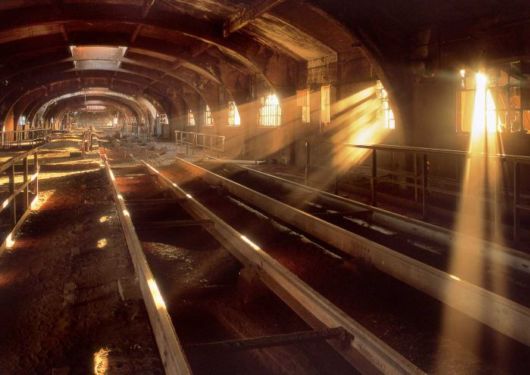 Burned down nightclub in Germany 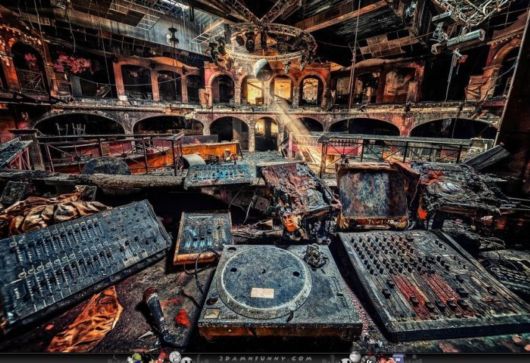 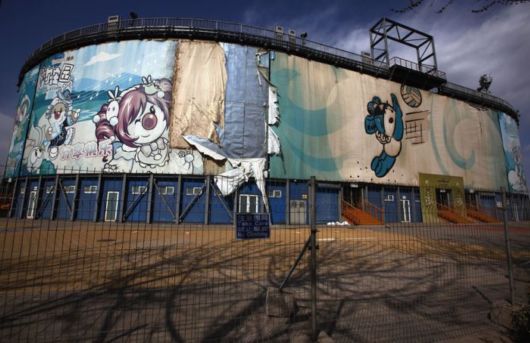