Looking for some more excitement in your life?

Here are 20 crazy traditional events and festivals from around the world you may not know of. 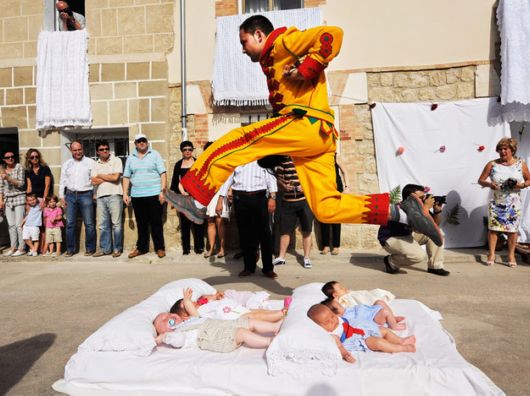 Men dressed as the devil jumping over babies. This is what Spain does best. This bizarre event is said to cleanse the babies of original sin. Way more exciting than a baptism.
2. Nangol 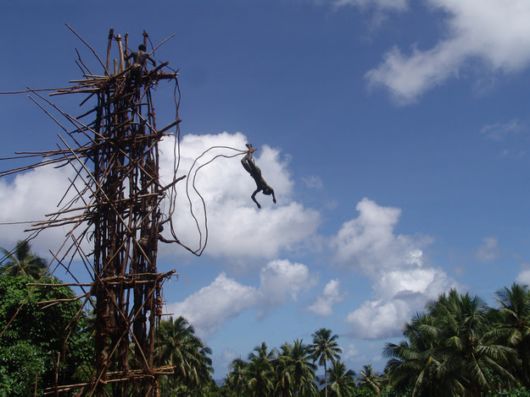 Men in Pentecost bungee jump with tree vines to celebrate the yam harvest. Nobody has any idea why.

This Hindu festival (HOLI) is kind of like The Color Run, except with less running and more partying. The colored powders represent the arrival of spring. 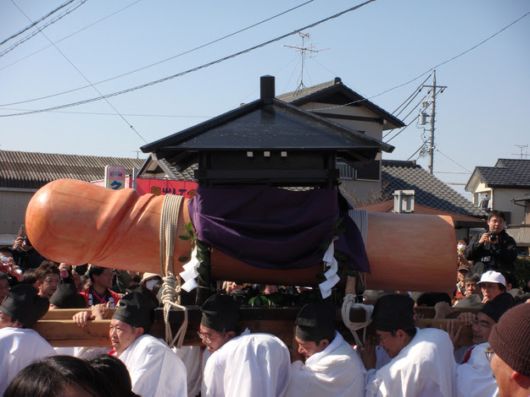 Yes, that is exactly what you think it is. In Japan, they celebrate fertility every year with a rousing parade. 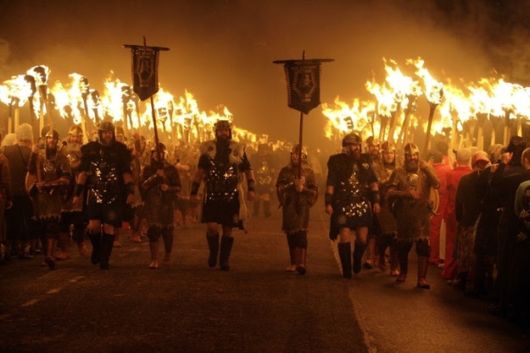 Because why not march through Scotland in the middle of the winter with torches? There is no better way to mark the end of the yule season. 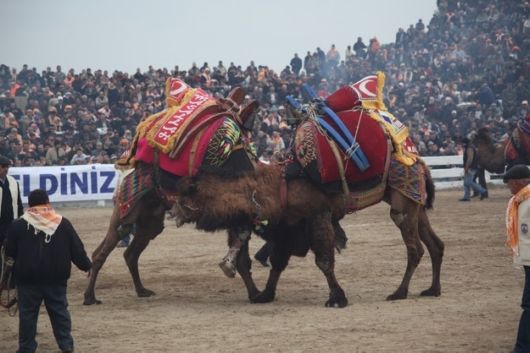 Camel Wrestling in Turkey. It?s like dog fighting, but a lot more awkward and a lot less underground. 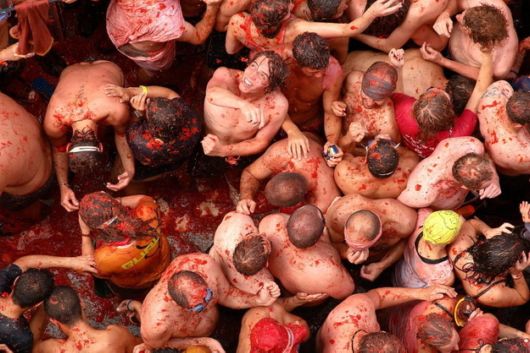 The worlds largest food fight (or tomato fight) is held in Spain every year, purely for fun.

Meanwhile in England, people are chasing an 8-pound wheel of cheese down a hill. They?ve been doing this for over 200 years. 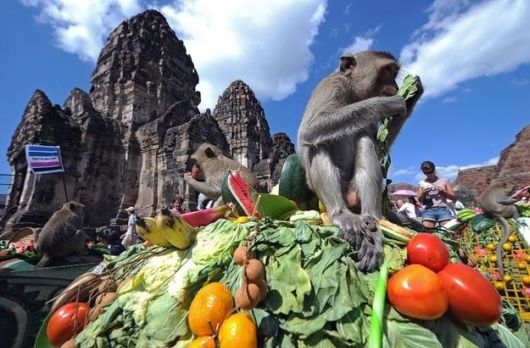 2,000 monkeys gather in Thailand every year to enjoy an all-you-can-eat buffet. This feast was organized to promote tourism. The monkeys are not shy. 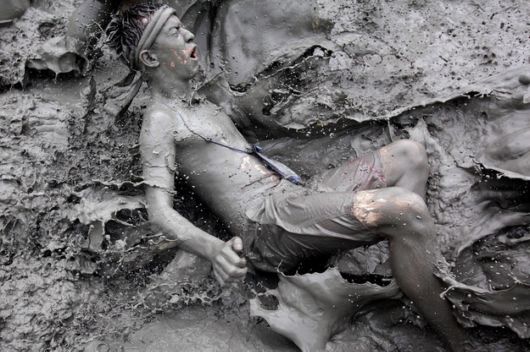 This two week mess-fest started as a publicity stunt by a South Korean cosmetics company and now brings together over two million participants. 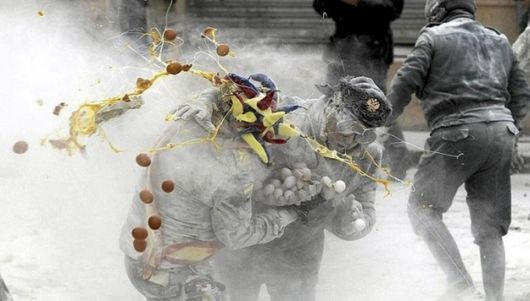 This 200-year-old flour and egg fight takes place in Spain every year on the Day of the Innocents (Spain?s version of April Fools? Day). 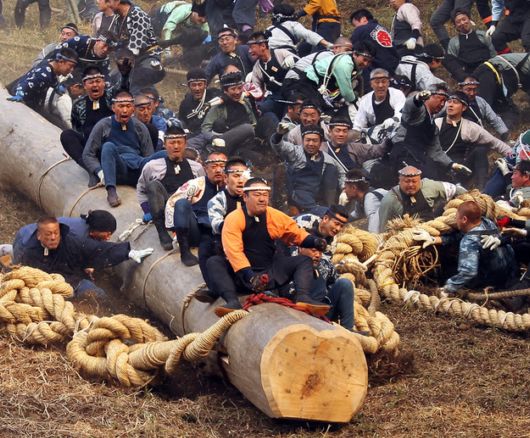 This 1,200-year-old festival occurs every six years in Japan. Young men ride giant logs down a hill to prove their bravery.

The best of the best gather in Finland every year to show off their skills. 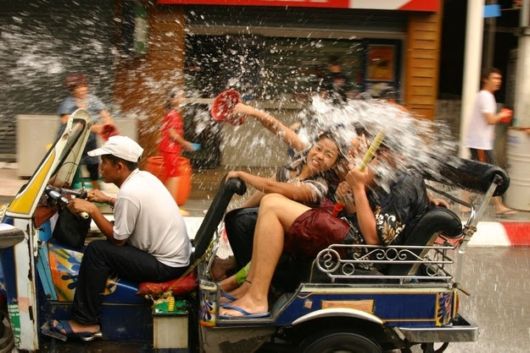 The world?s largest water fight held in Thailand every year on New Year?s Day originated as a way to bless the elderly. Then Super Soakers were introduced.

15. Battle of the Oranges 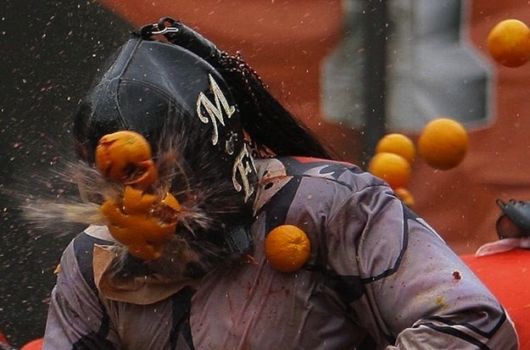 Who knew Italy had so many oranges? This dangerous food fight takes place every year to celebrate a 12th-century uprising. 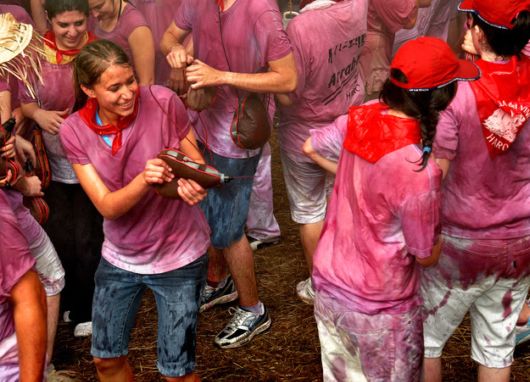 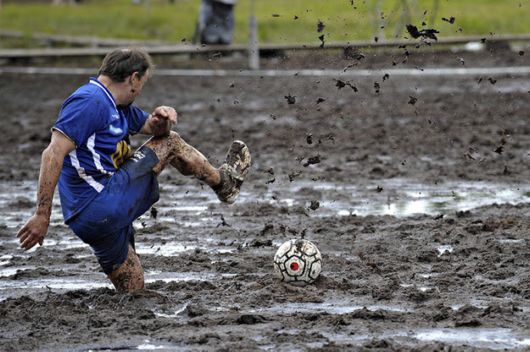 There are more than 250 swamp soccer teams in the world. The best gather in Finland every year to find a champion.

In New Zealand they throw gumboots. 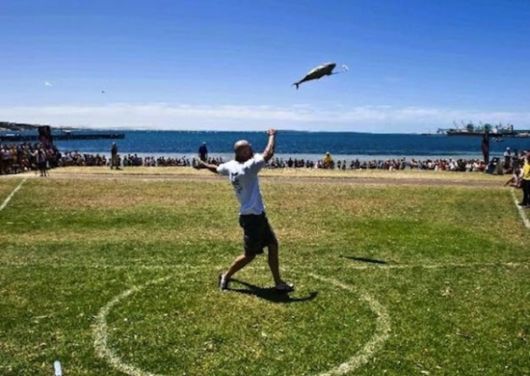 In Australia they throw tunas. 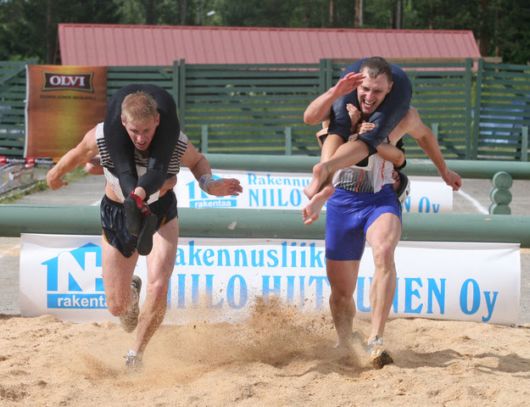 Another bizarre championship held in Finland. The Estonian technique (seen here) has revolutionized the sport.