What makes the human being so much more interesting than any other specie is his mind. Our mind is the reason we do the things we do, and feel the way we feel. It is as amazing as it is scary. After all, who knows what our deep lying secrets hold? The uniqueness of the mind is the reason extremities exist. Gods live among us, but so do devils. It is truly a majestic creation that’s so, so hard to comprehend. So just to play around a little with our ever-so-confused mind, here are some thought experiments. There aren’t any right, or wrong answers here. But these will determine what kind of person you are.

Give it a shot. 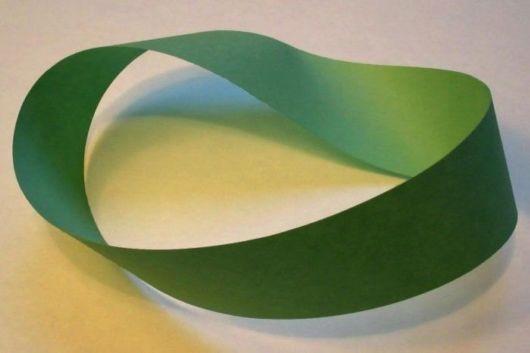 Let’s just set the premise first. Imagine yourself in two different worlds – one, where the world has only two dimensions, and second, where you’ll find yourself in a parallel universe. Keep these two worlds in mind as we start.

A. You are a black square on a white paper on Flatland.

Namaskar. Welcome to Flatland. Everyone here lives in two dimension. You are as free as a bird here but only in two dimensions. The third dimension doesn’t exist, which means you can’t even go up or down here. Enjoy!

B. The other side

Now on the other side of the paper, there is a parallel universe that hosts Flatlanders like you. So can you go over to the other side and greet your neighbours? But how will you? You can’t cut through the piece of paper. Neither can you dig through because the third dimension doesn’t exist. However, that doesn’t mean there aren’t things that are 3D. Only you aren’t 3D.

But there is a way.

The Mobius strip. Look at the image above closely. If an ant were to crawl along the length, it would return to its starting point after having travelled through the entire length.

But can Flatland be twisted like that? Doesn’t that mean Flatland is 3D? The Mobius Strip is 3D, but like those ants, the Flatlanders are limited to the two dimensions of the paper. So, it’s possible.

Okay, time to come out of fantasy land now. Things are about to get pretty interesting here on.

If you look at it, we are quite similar to the population of Flatland. Just like them, we are free to move about in 3 dimensions, but can travel in the 4th dimension. 4th dimension to us is time. We can’t alter time. Yet.

Now think of a Mobius Strip made up of our universe in 3 dimensions which is twisted. That actually gives us access to a parallel universe, i.e the other side of our 3D universe. A place where you might meet a version of you that’s living the life that you have always dreamed of.

Growing jealous, you decide to replace him. Things start getting complicated from here, won’t they? The world as you know it would change. Like we changed that ant’s reality on the Mobius strip, do you think there is something, or someone with access to the 4th dimension creating twists in our lives? It doesn’t feel so over-the-top now, does it? 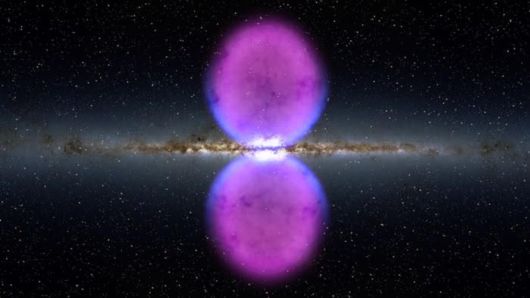 The question of doppelgängers. Lookalikes. Is it possible that there is a person on this Earth who looks exactly like you? Maybe yes, but rare. What about the universe? Is there a lookalike of yours in some distant place of the universe? Definitely better odds for that. It’s called the Hubble Bubble experiment.

To carry out this experiment properly, we need to assume a couple of things. One, that our universe is infinite. Not just humongous, but it literally has no end to it. No boundaries. Secondly, it has been proven that if we were to draw an imaginary sphere of one particular size at some point in the vast universe, the amount of things it could contain can be defined in a finite manner. That is, there are only a finite number of ways in which matter and energy (or let’s just call it information) can be sorted inside such a sphere. There are only a finite number of ways to arrange this information within the sphere.

But how do we know how big our sphere should be? The Big Bang happened around 13.7 billion years ago, and nothing travels faster than light. So Earth has only received light from not more than 13.7 billion light years from the centre of the Earth. This is the universe we can currently observe – known as the observable universe. So if we draw a huge sphere of size 13.7 billion light years with Earth in the centre, it would contain every particle of the universe that our Earth has come in contact with since the beginning of time. No, remember, even though it’s too much, it is still a finite amount of information, and it has every thing on this planet. Everything. This mammoth sphere, or circle, is known as the Hubble Bubble.

Now this might get a little complicated, but please bear with me. We can divide the universe into a number of non-overlapping Hubble Bubbles. Non-overlapping means two different types of information that have never interacted with each other in any way. Since the universe is infinite, there can be infinite bubbles like this. But their size is finite, and so is the information inside it. Also, there are only a fixed number of permutations and combinations that can be used to arrange the information.

The universe has millions of bubbles that contain the exact same copy of any possible arrangement of information inside the bubble. So is there a bubble which has donkeys that are smart? Yes? Is there a bubble where tigers are herbivores? Of course. Are there bubbles which have my lookalikes? Definitely. Since we are all living in different bubbles, and not over-lapping with each other, there’s no way we can be in touch with each other. We have to wait for a scientific breakthrough for us to interact with our lookalikes in other universes. Maybe someday we will have an inter-galactic Skype to help us out. Someday. 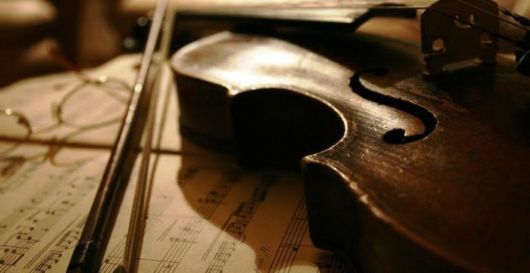 One day, you wake up in the hospital. Right next to you lies a world-famous violinist who is connected with you through a number of tubes and machines. Upon inspection you realise that you had been kidnapped by the Music Appreciation Society. Knowing that the violinist won’t survive for long, they have hooked you up to the violinist. Here is the dilemma though, if you stay in the hospital bed, and connected to the violinist, he will be completely cured in the next nine months, without any harm happening to you. You are his last hope. No one else can save him. Do you feel there is an obligation to stay connected to this man you’ve never seen before? 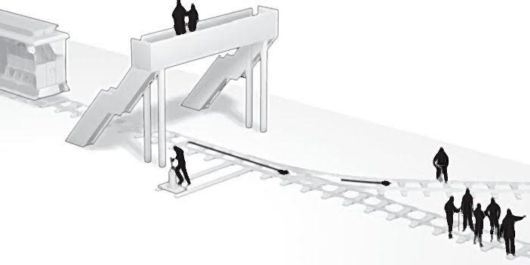 A runaway trolley car is coming downhill on a track. On its path there are five people who are stuck, and will definitely be killed until and unless you, a random bystander, decide to flip a switch that will divert the car onto another path. But the other track will also kill one person. Would you flip the switch? Would you play God by saving the five people who were destined to die, and kill that one innocent who wasn’t even in the trolley’s path?

5. The fat man and the trolley 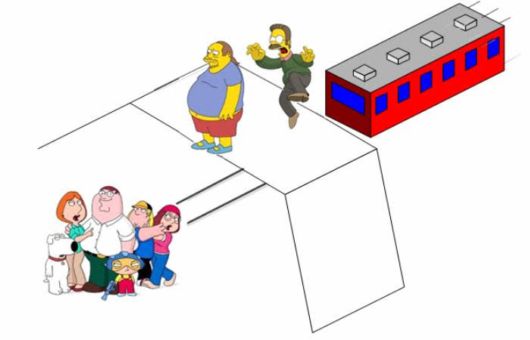 This story is quite similar to the Runaway trolley. Only this time, the decision will be twice as tough. The runaway trolley car is hurtling down a track where it will kill five people. You are standing on a bridge above the track and, are aware of the imminent disaster. Standing next to you is an oversized man balancing himself on the edge of the bridge. If this guy comes in front of the bridge, he will definitely be able to stop the trolley and save those five people. But he would die in the process. A small little nudge and the man will fall right onto the track below. There is no one else around so no one will ever know. Will you take a life to save five? Should you, and would you push him? 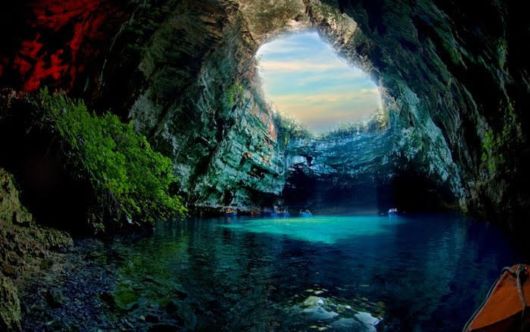 You and five other tourists are exploring this amazing cave from the medieval times. Just as you guys are about to exit the cave a gigantic rock falls and blocks the only exit of the cave. Thankfully, there’s still a little hole from which you guys can exit. Everyone decides to make the biggest guy of the group exit first, but that’s a huge mistake. Being so big in size, he had only managed to stick his head out when he gets stuck in the hole. He just cannot be moved, and this is the only way out. To everyone’s horror, the high tide is rising and unless you guys find a way out in due time, everyone drowns. Except for the big guy because his head is still sticking out, remember?

Looking for a solution, you find dynamite in your backpack. It will not help moving the massive rock, but it will definitely blast the big guy stuck in the hole. The big guy, knowing what you might be going to do starts crying and pleading for his life. He obviously doesn’t want to die, but neither do you and the four other explorers. Would you blast the big guy out? What would you have advised your companions to do if you were the one stuck in the big guy’s position? Tough choice.

7. Read this if you feel like you’re inconsequential in this world. 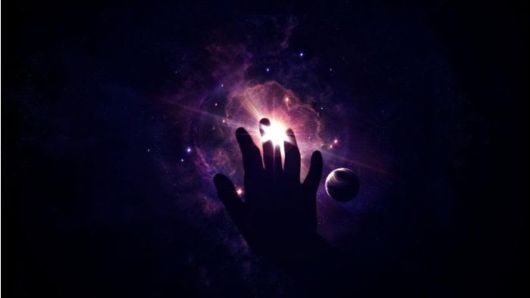 Did you know that your personal field of gravity expands hundreds of trillions of miles into space, and will continue to grow for millions of years even after you die. We are all eternal, immortal in a way.

Even after we die, our gravity continues to exist forever, infinitely stretching out into the universe, trillions and trillions of light years away. Basically everyone, every living being, alive or not, is travelling through the depths of space. Fading, but never disappearing.

So before you say, or think, you’re not important enough, remember this.

Let us know if you liked these or not. We’ll be sure to come up with more if you do.