Crypts, catacombs, and ossuaries may seem creepy and unusual by today’s standards, but they weren’t always viewed in such a light. In fact, up until not too long ago, Orthodox and Catholic Christians tended to take pride in displaying and preserving the dead, as a way to honor and remember them. To this day, there are still plenty of such sites that you can visit around the world, and here are 7 of the most intriguing ones: 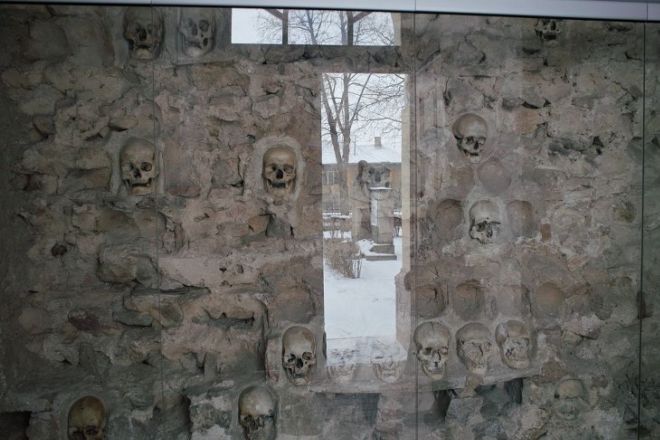 Skull Tower, known locally as Cele Kula, is located in the Serbian town of Nis. Way back in the early 19th century, Serbian rebels blew themselves up after failing to hold a tower, killing a great deal of Ottoman soldiers. In response, an Ottoman general picked up all of the rebel skulls he could find (952 in all) and embedded them in the tower’s remains. Then, in 1985, local Serbs built a church around the tower, which you can visit today. 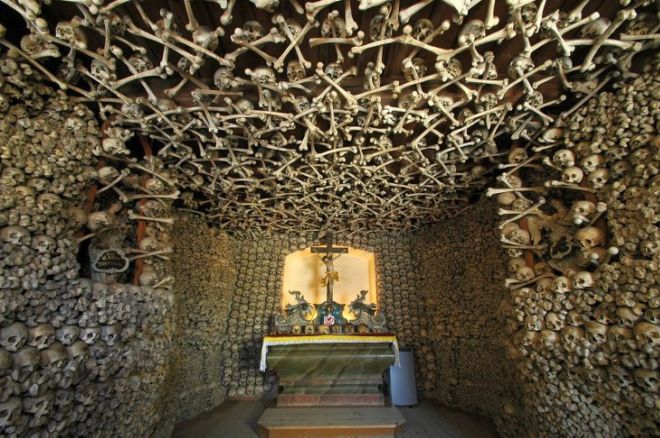 The Chapel of Skulls, known as Kaplica Czaszek by the Poles, is found in Czermna, in the town of Kudowa. The chapel has an underground region with around 20,000 skeletons found within it, but the church itself is also home to an above-ground area that houses plenty of ornate skull and bone patterns on the ceilings and walls. Historians believe that these mostly came from wars fought in both the 17th and 18th centuries, as well as from outbreaks of disease. 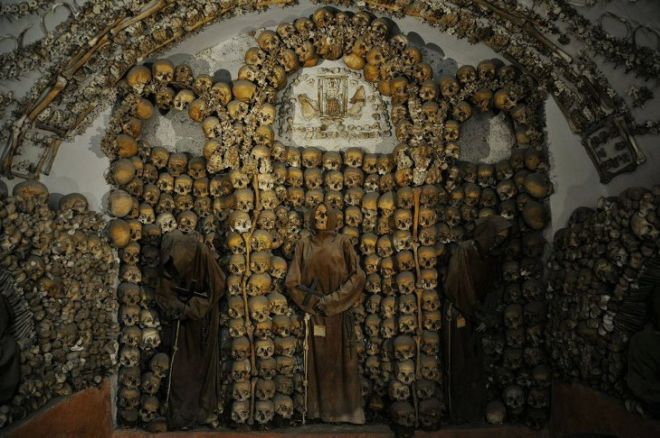 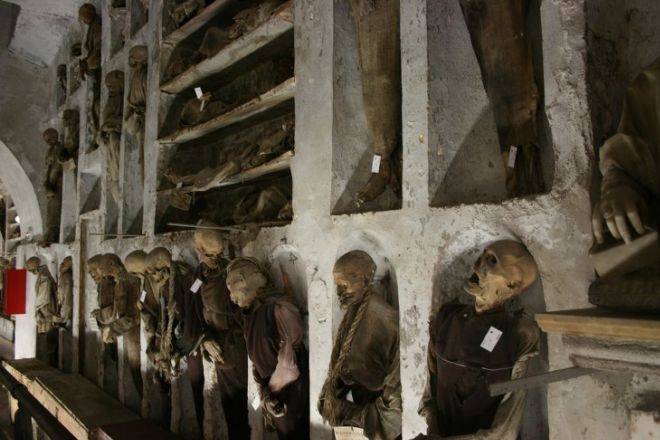 The Franciscan monks of the Capuchin order also made crypts outside of Rome. In Palermo in Sicily, the Franciscan monks of the Capuchin order were responsible for carving out highly unusual catacombs. They include whole mummified corpses laid out flat or even placed into poses. Many of the skeletons are clothed, and some even have outfits that are changed every once in a while! 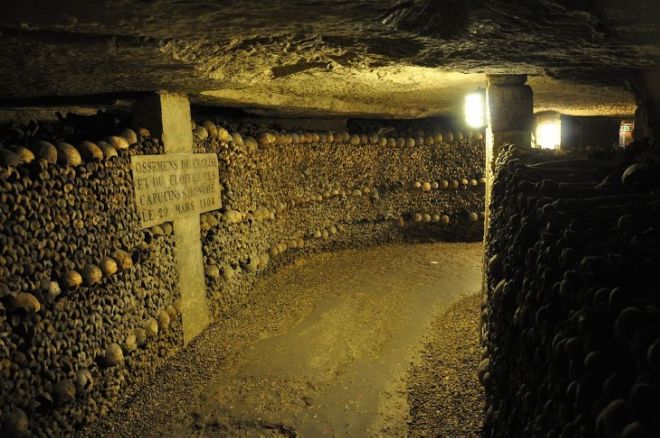 The largest collection of human remains ever to be discovered is found deep below the streets of Paris and holds the remains of approximately 6 million souls. In the 1700s, Paris’ cemeteries became overcrowded, which is why Parisians resorted to placing the remains in limestone mines that were last used in the Middle Ages. The entire length of the tunnels spans over 200 miles, however, tourists can only see about a mile of it. 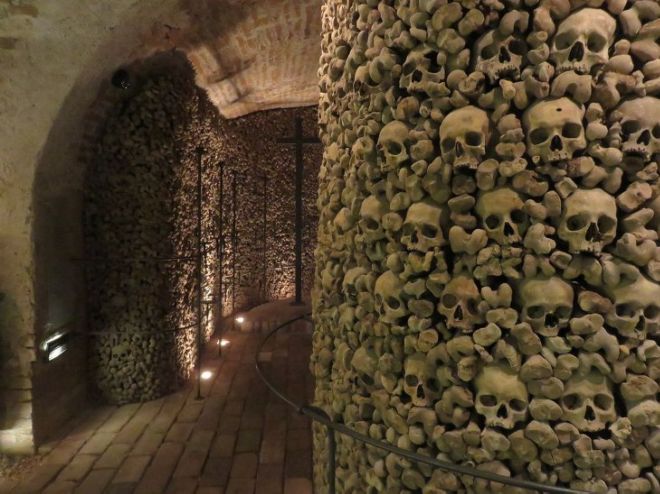 Recently discovered in 2001 in tunnels under Saint James Church in Brno, Czech Republic, the main hypothesis for this ossuary is that the bones of some 50,000 people were moved from a nearby graveyard to make space for further graves during the 1600s and 1700s. The sheer number of human remains found there makes it the second-largest ossuary in Europe, after the Paris Catacombs. 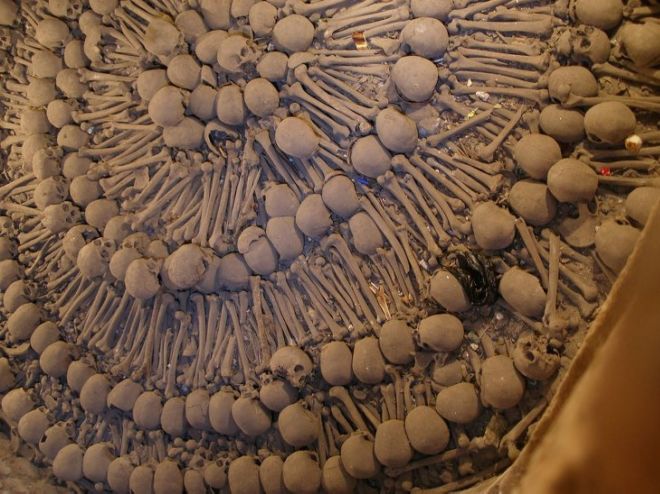 In the early 19th century, cemeteries in Lima, Peru began to be built outside of the city, due to space restrictions within Lima itself. However, to help ease this problem, monks at the San Francisco monastery discovered that they by immediately soaking corpses in quicklime after death, they could strip away everything but the skeleton. Nowadays, there are over 75,000 skeletons to be found in the pit-like ossuaries, many of which are arranged in patterns.