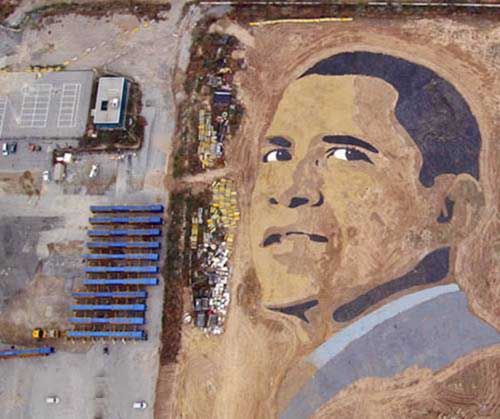 This impressive homage to the new U.S. president-elect is the work of talented Cuban-born American artist Jorge Rodriguez-Gerada, who sculpted this gigantic face of Barack Obama using gravel, sand and soil in Barcelona, where he now lives.

Camel Shadows in the Desert 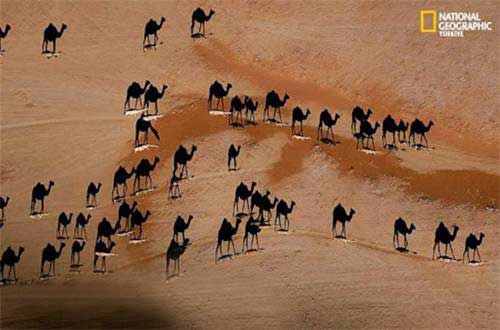 A picture taken of camels in the desert. It is considered one of the best pictures of the year (2005). Look closely, the camels are the little white lines in the picture. The black you see is just the shadows! 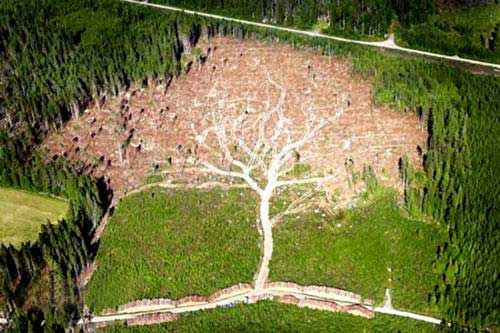 A giant oak tree lying on its side. This stunning photograph was taken by Swedish Photographer Jocke Berglund.The remarkable shape of trunk, branches and foliage was created by a combination of storm damage and scars left on the landscape by forestry machinery used to retrieve logs.The image, entitled Hurricane Tree, won him The World In Our Hands prize at the Shell Wildlife Photographer Of The Year competition. 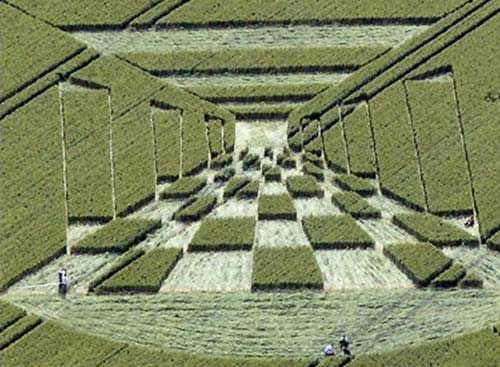 The astonishing three-dimensional design, 200ft in diameter, has been created in a wheat field at Silbury Hill in Wiltshire. 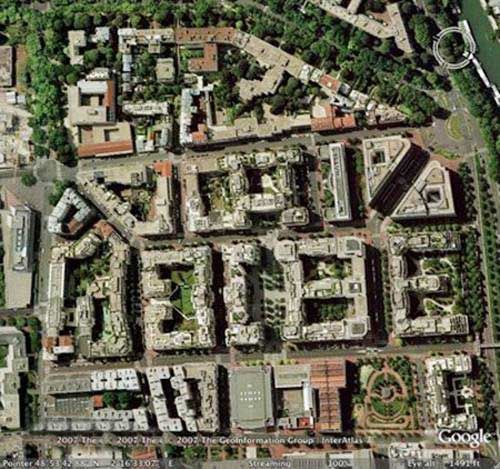 A reader send us this picture, unfortunately no information was provided. These buildings look extremely similar to some alphabet letters, don’t they? 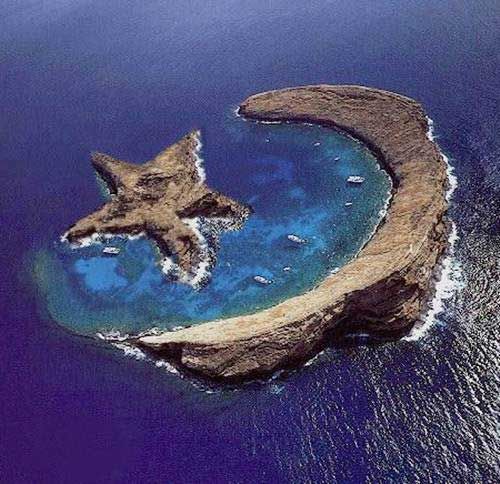 This picture has been circulating in the internet over years and is an hoax, but only the star. The "moon" is the Island of Molokini, located between the islands of Maui and Kahoolawe, Hawaii. Its crescent shape forms a beautiful lagoon inside, which is home to about 250 species of fish, some of which can be found nowhere else on Earth. 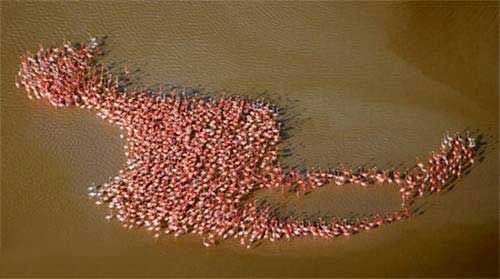 What we have here is a bunch of flamingos posing together for an auto-portrait, which accidentally looks like one giant Flamingo. 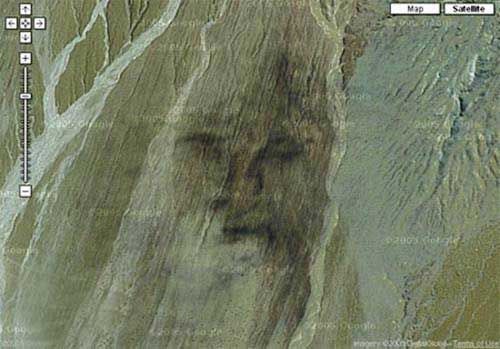 Some people believe that is the face of Jesus.You can see it for yourself if you visit this Google Maps. 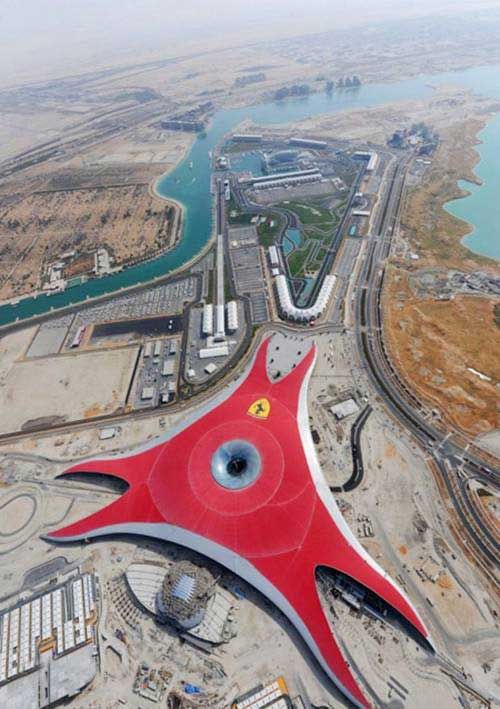 This red spot, is the Ferrari World Abu Dhabi and is world’s first Ferrari theme park and largest attraction of its kind. Its iconic sleek red roof is directly inspired by the classic double curve side profile of the Ferrari GT body, spanning 200,000 m2 and carrying the largest Ferrari logo ever created.