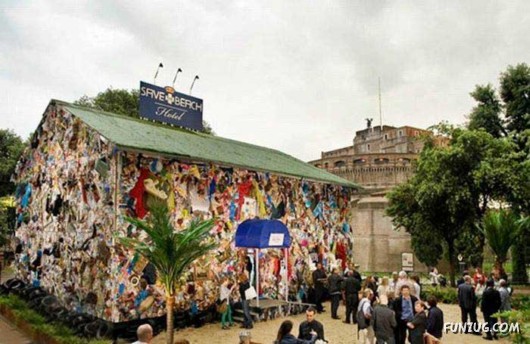 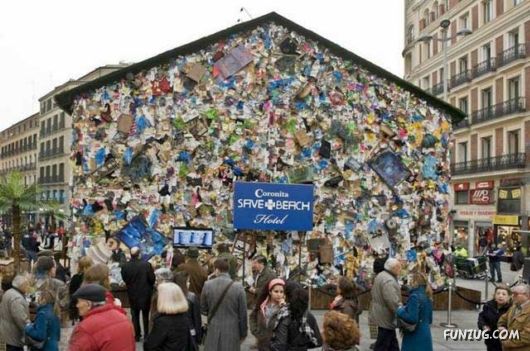 Rome is known as one of the most beautiful cities in the world, with unforgettable architecture and an atmosphere that can?t be found anywhere else. Lately, though, it?s become a real dump. German artist Ha Schult constructed a temporary hotel in the city to highlight the sad state of Europe?s beaches. The hotel, part of Corona?s Save the Beach campaign, is constructed of garbage collected from the shoreline. 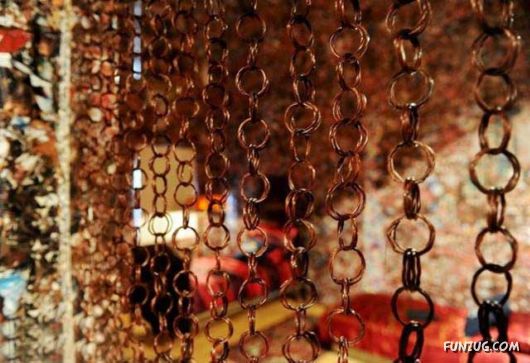 The five-room hotel contains roughly 12 tons of garbage, including fishing nets, plastic bags, skateboards, clothing, old tires, and even a mannequin?s leg. The guest rooms are very simple and basic, with leaking roofs and torn sheets acting as curtains, but they do boast real furniture. The toilets are eco-friendly chemical commodes, and forget about washing off the day?s grime in this hotel: there are no showers. 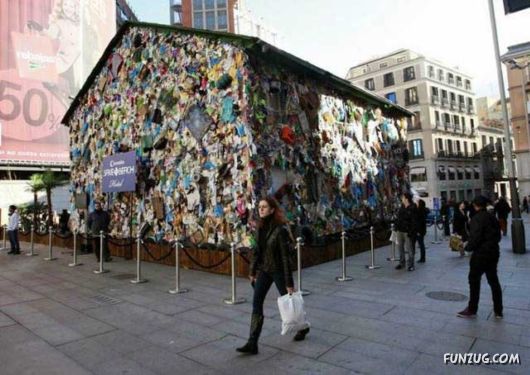 The project is meant to show that, unless we make some major changes to the way we treat the world?s beaches, we will one day be surrounded by garbage wherever we go. In the words of Schult, ?we create rubbish and we become rubbish. We must change the world before the world changes us.? 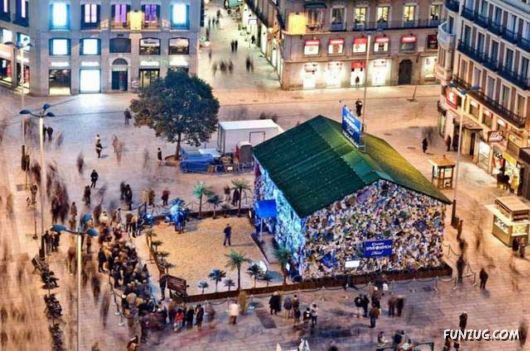 One of the first guests in the unusual hotel was supermodel-turned-environmental activist Helena Christensen. She is probably more used to spending her nights in luxurious surroundings, but decided to spend the night in the garbage hotel to raise awareness of the sad state of European beaches. She reportedly had a pleasant night conversing with the other guests?despite being surrounded by refuse. 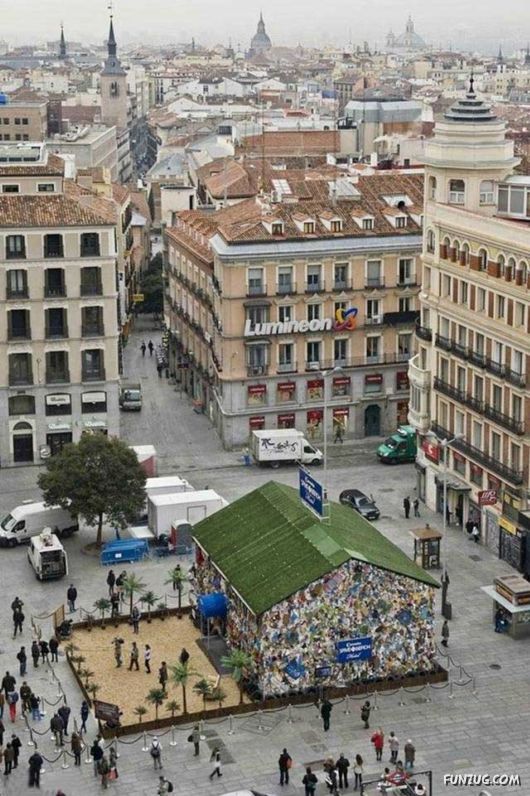 The Corona Save the Beach hotel was displayed in Rome until June 7, and is expected to be recreated in various other cities throughout the summer. The campaign promises to clean up at least one European beach per year, with the winning beaches being chosen by internet votes. 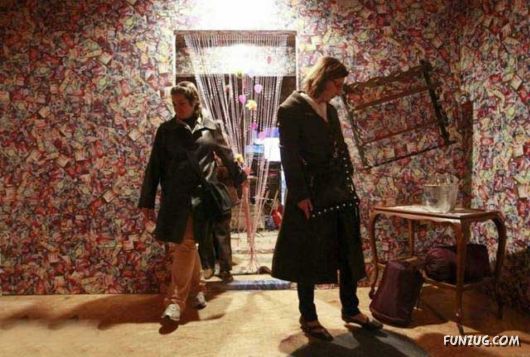 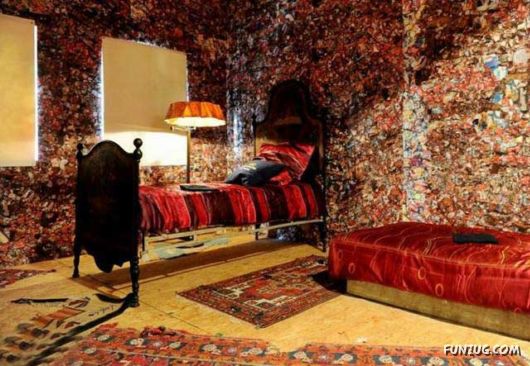 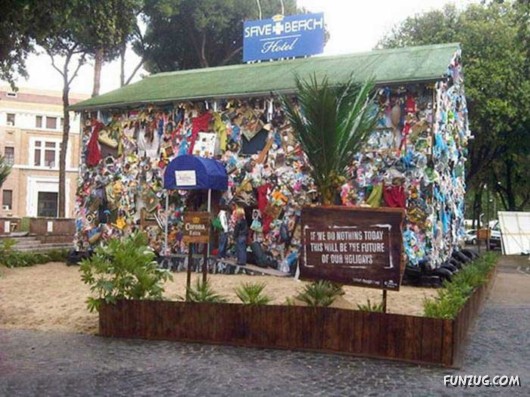 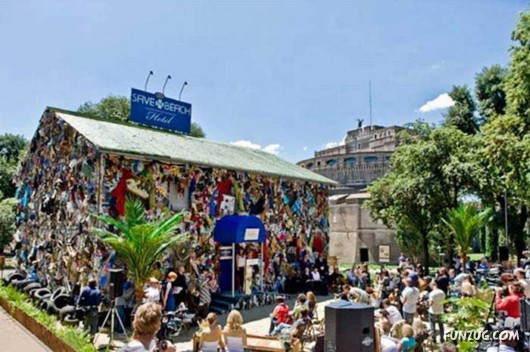 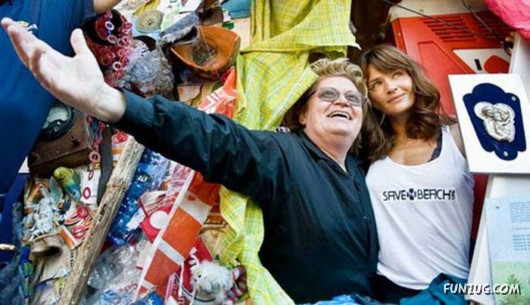 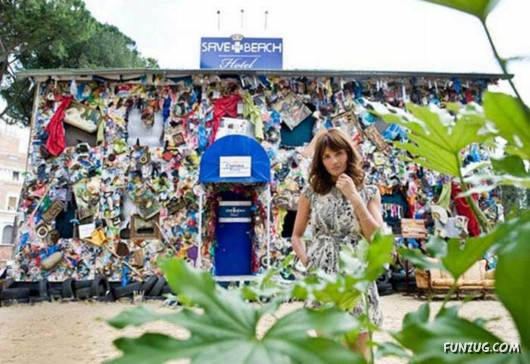 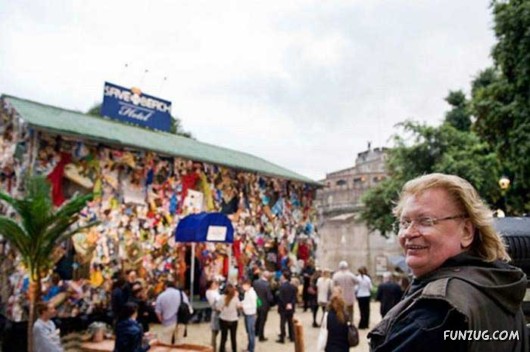 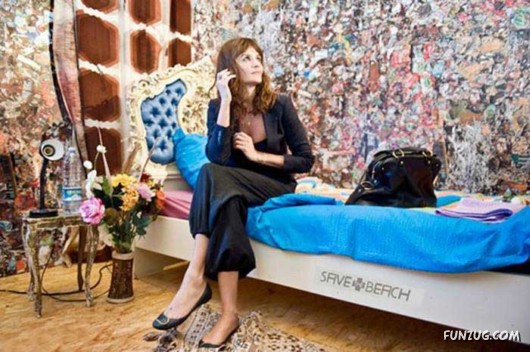