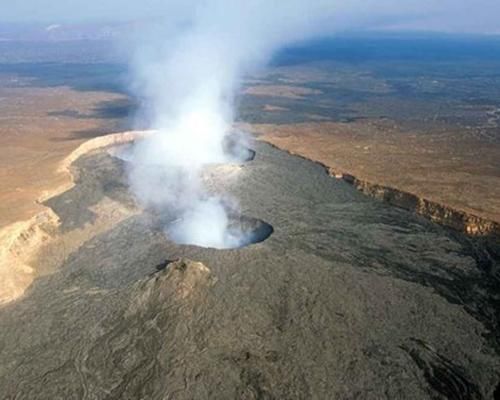 A 35-mile rift in the desert of Ethiopia will eventually become a new ocean or sea, researchers now confirm. The crack, 20 feet wide in spots, opened in 2005. Some geologists believed then that it would spawn a new
ocean. But that view was controversial, and the rift had not been well studied. A new study involving an international team of scientists and reported in the journal Geophysical Research Letters finds the processes creating the rift are nearly identical to what goes on at the bottom of oceans, further indication a new sea is in the region’s future. The same rift activity is slowly parting the Red Sea, too. Using newly gathered seismic data from 2005, researchers reconstructed the event to show the rift tore open along its entire 35-mile length in just days. Dabbahu, a volcano at the northern end of the rift, erupted first, then magma pushed up through the middle of the rift area and began "unzipping" the rift in both directions, the researchers explained in a statement today. "We know that seafloor ridges are created by a similar intrusion of magma into a rift, but we never knew that a huge length of the ridge could break open at once like this," said Cindy Ebinger, professor of earth and environmental sciences at the University of Rochester and co-author of the study. The result shows that highly active volcanic boundaries along the edges of tectonic ocean plates may suddenly break apart in large sections, instead of in bits, as the leading theory held. And such sudden large-scale events on land pose a much more serious hazard to populations living near the rift than would several smaller events, Ebinger said. "The whole point of this study is to learn whether what is happening in Ethiopia is like what is happening at the bottom of the ocean where it’s almost impossible for us to go," says Ebinger. "We knew that if we could establish that, then Ethiopia would essentially be a unique and superb ocean-ridge laboratory for us. Because of the unprecedented cross-border collaboration behind this research, we now know that the answer is yes, it is analogous." The African and Arabian plates meet in the remote Afar desert of Northern Ethiopia and have been spreading apart in a rifting process ? at a speed of less than 1 inch per year ? for the past 30 million years. This rifting formed the 186-mile Afar depression and the Red Sea. The thinking is that the Red Sea will eventually pour into the new sea in a million years or so. The new body of water would connect to the Red Sea and the Gulf of Aden, an arm of the Arabian Sea between Yemen on the Arabian Peninsula and Somalia in eastern Africa. Atalay Ayele, professor at the Addis Ababa University in Ethiopia, led the investigation, gathering seismic data with help from neighboring Eritrea and Ghebrebrhan Ogubazghi, professor at the Eritrea Institute of Technology, and from Yemen with the help of Jamal Sholan of the National Yemen Seismological Observatory Center. 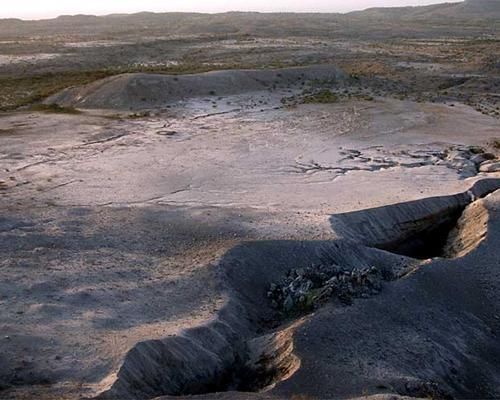 Tim Wright/University of OxfordA crevice in the Afar Triangle signals the birth of an ocean. In ten million years this ocean will split the African continent. 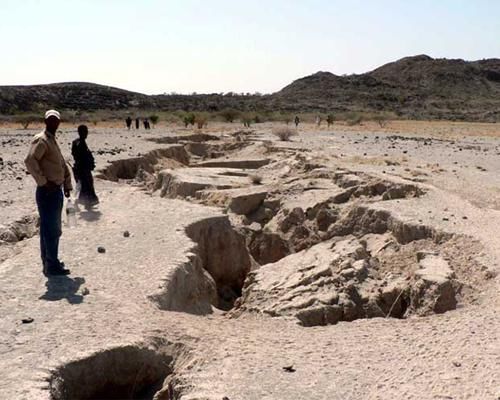 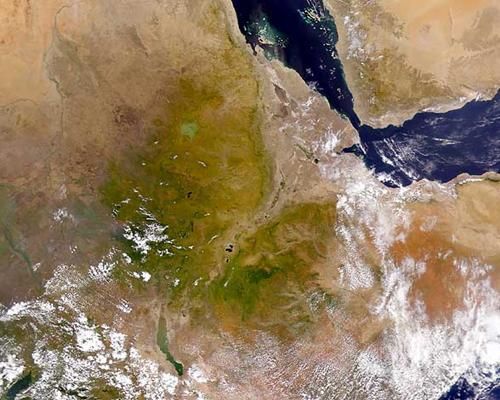 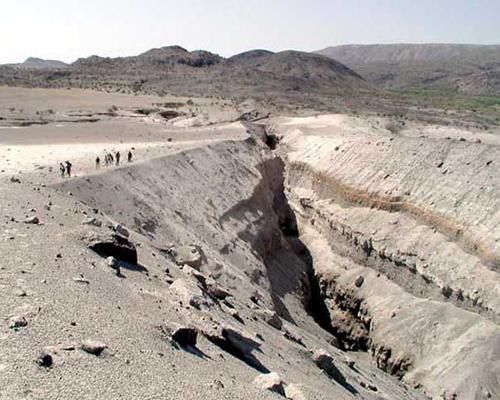 Anthony PhilpottsA view of the East African Rift System, which is already largely below sea level. 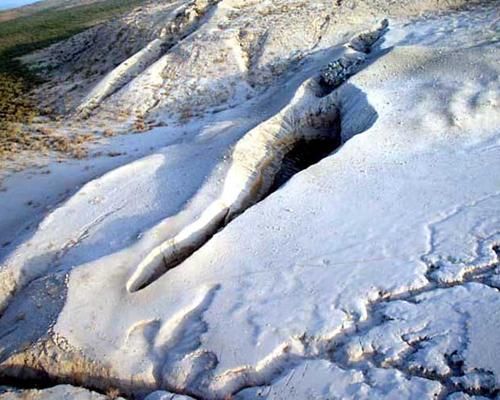