Stuck in a perpetual state of decay on the French shore at Saint-Brevin-les-Pins, the massive metal sculpture entitled, Serpent D’Océan is a terrifying vision with an environmental message.

The skeletal serpent was unveiled in 2012 as part of the Estuaire art exhibition which invites international artists to create large-scale works using the environment surrounding the Loire River between Nantes to Saint-Nazaire. The work was created by Chinese-French artist Huang Yong Ping, who used the rough iconography of China’s mythological dragons to design the over 400 foot long art monster. The beast is posed in slithering movement despite being nothing more than bones, giving the dull metal frame an unsettlingly life-like quality. 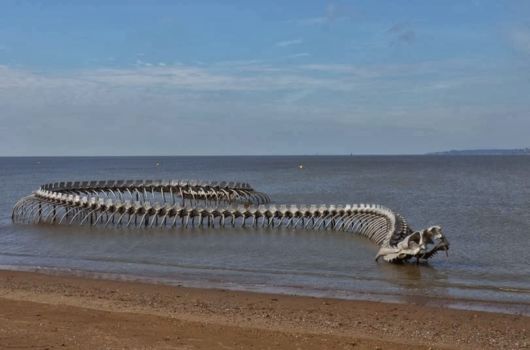 The message behind the piece seems to be one of environmental nostalgia, as though man’s mistreatment of the oceans is killing not only its life, but its very wonder and fantasy. The serpent’s curves roughly mirror the twists and turns of the nearby Saint-Nazaire bridge linking the piece to the very modern progress it seems to be speaking on. However, the work is read, the aspect that is without debate is the menace projected by the fearfully undead snake.

Given its location on the shore, the Serpent D’Océan can be seen as a strangely living creature rising from the ocean waters or a purposefully preserved skeleton held above the shallow waves depending on the level of the tide upon a given visit. But despite the changing tides, fantasy, art, and horror have rarely been so steadfastly intertwined. 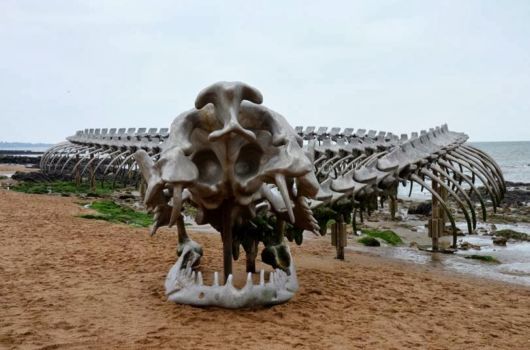 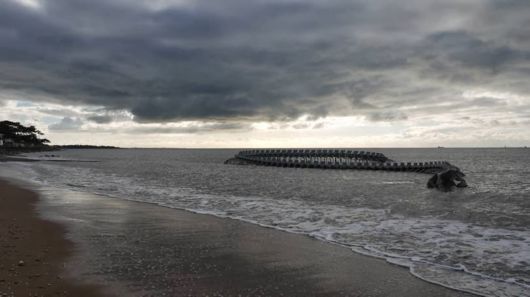 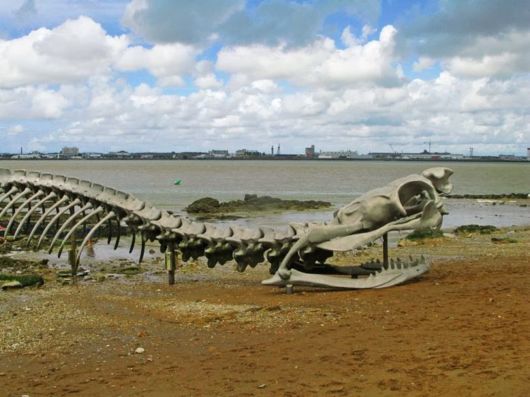 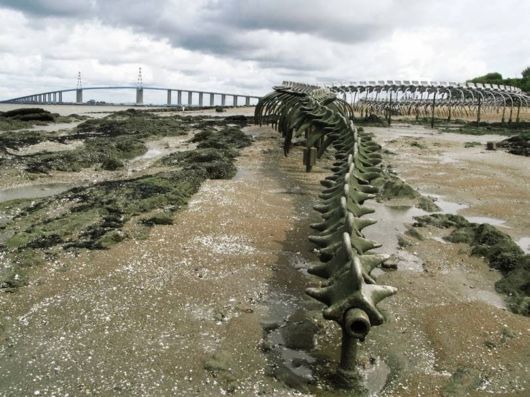 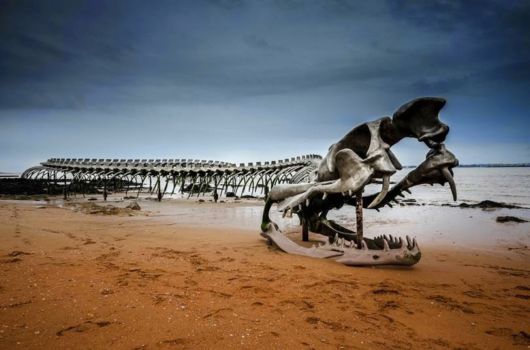 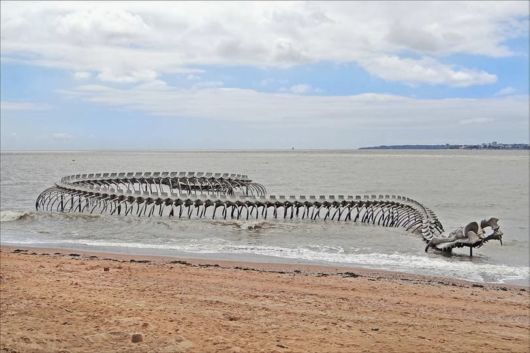 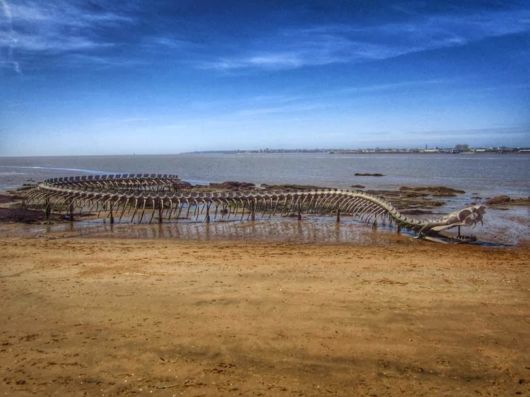 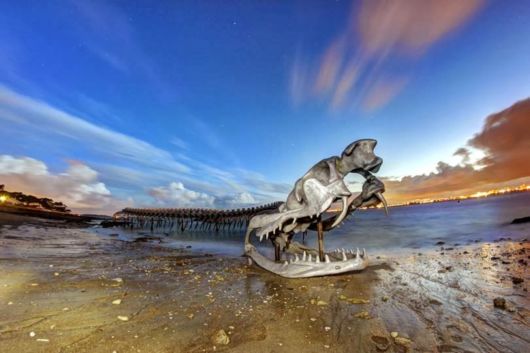 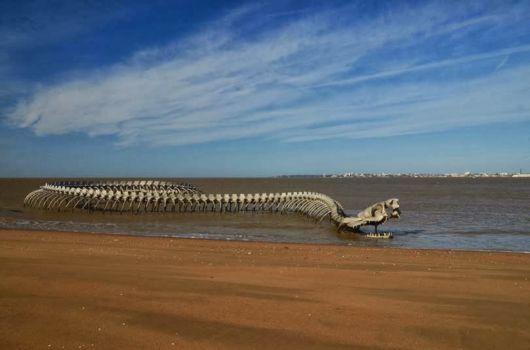 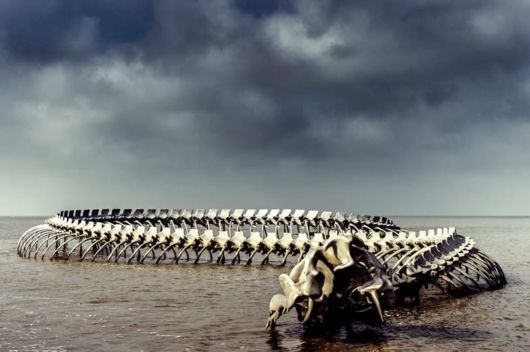 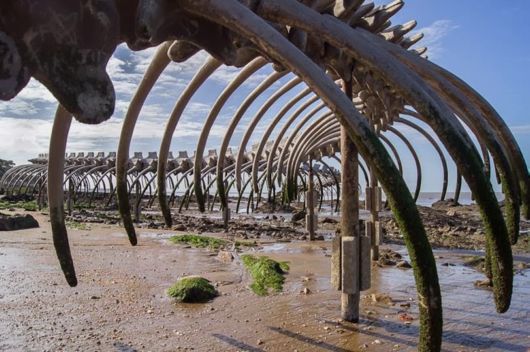 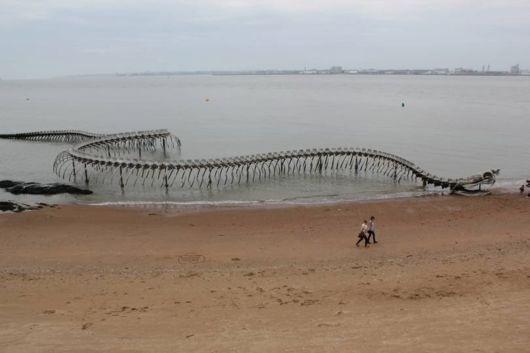 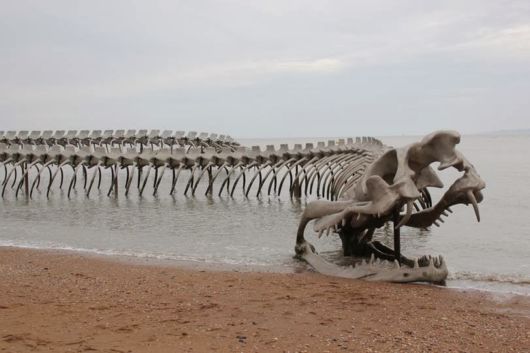 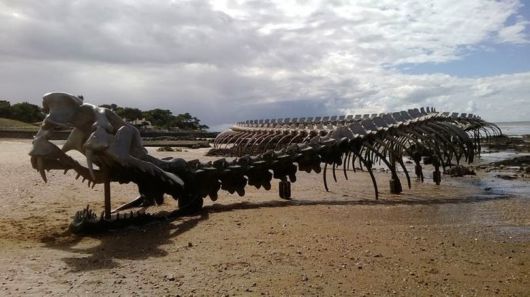