Every year more than 3 million Muslims converge at Tongi on the banks of the river Turag, on the outskirts of Dhaka, the capital city of Bangladesh, to attend Bishwa Ijtema or World Congregation – an annual Islamic congregation, and the second largest gathering of Muslims in the world after the Haj. Biswa Ijtema is a spiritual gathering where religious sermons and prayers are preached by Islamic scholars. Devotees arrive for the three-day event from all over the country, and even abroad, by whatever means possible. And that includes, mostly, piling on top of already overcrowded trains and loading onto ferries that could tip at any moment. During the days leading up to the event, additional trains and buses are pressed into service, but apparently these are not enough to transport 3 million people in a safe way. 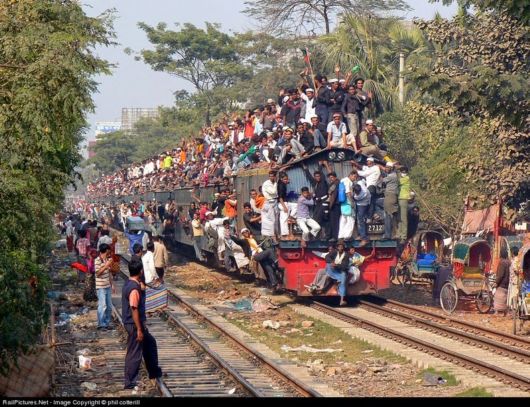 As hundreds of thousands of devotees pour into the town of 350,000, authorities employ paramilitary forces and volunteers to overcome massive logistical challenges. A 160-acre plot is prepared for the event with basic services like electricity, telephones, gas connectors and toilets. The devotees eat, sleep and pray on the premise. Medicals camps are setup and doctors on leave are recalled for their services. 30 million liters of water is consumed each day by those attending the massive gathering, and 4,000 toilets are shared among them.

Despite the large number of devotees living within a confined space, generally there is very few problems of sanitation, cooking, and internal movements. It is believed to be possible because of the minimalist approach adopted by the devotees. Devotees have reduced their own requirements and developed a respect for others’ requirements.

Biswa Ijtema is organized by Tablighi Jamaat, a Bangladeshi non-political group whose goal is Islamic spiritual reformation. The tradition of Ijtema was initiated by an Indian savant named Muhammad Ilyas al-Kandhlawi and began as a small group of religious-minded individuals gathering at a local mosque. Biswa Ijtema is being held in Tongi continuously for the last four decades. 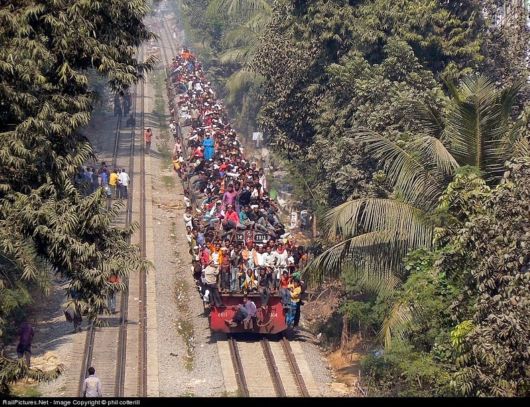 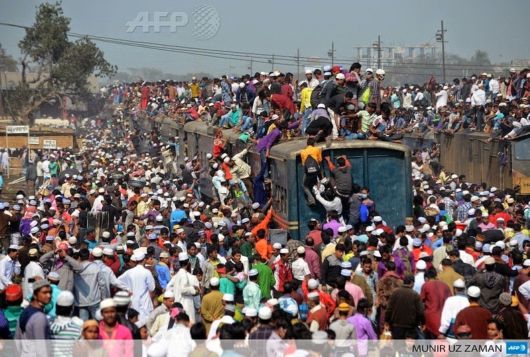 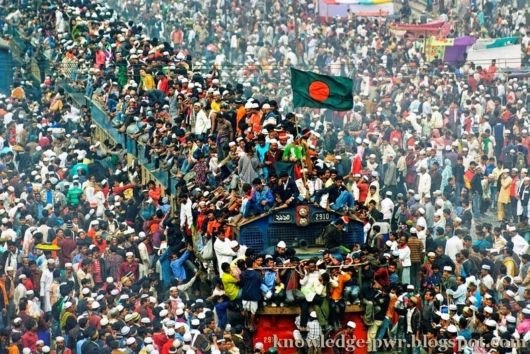 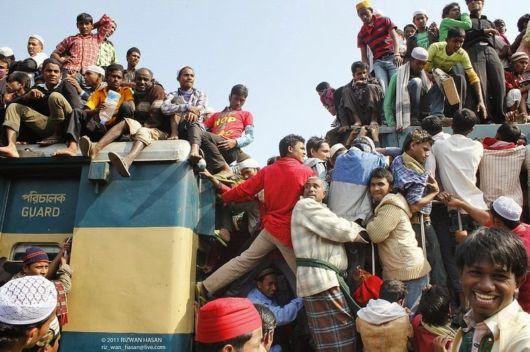 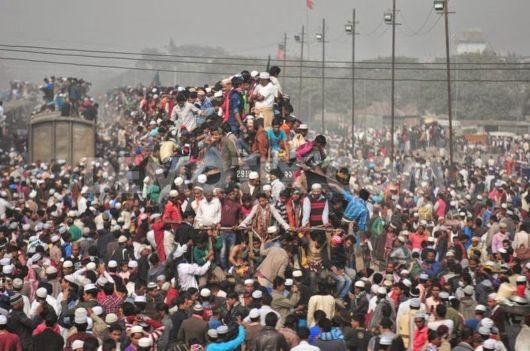 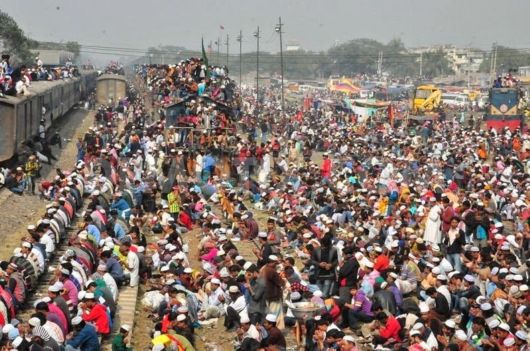 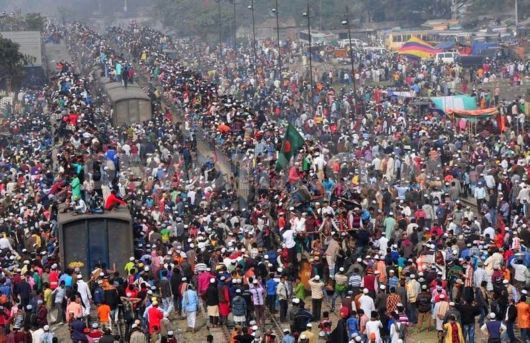 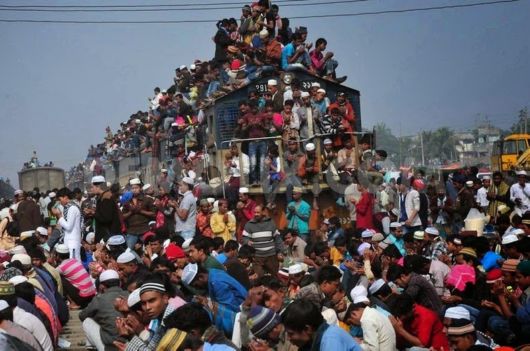 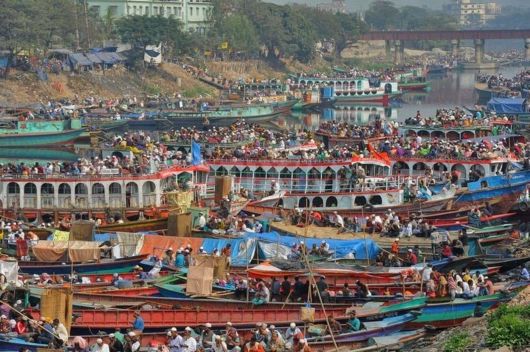 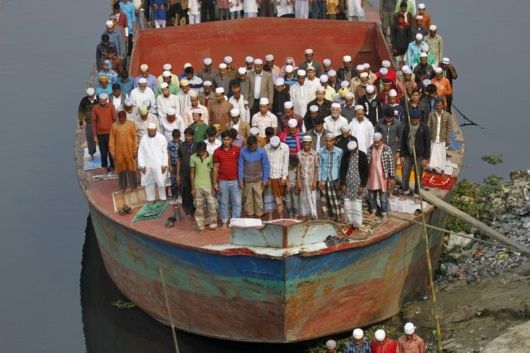 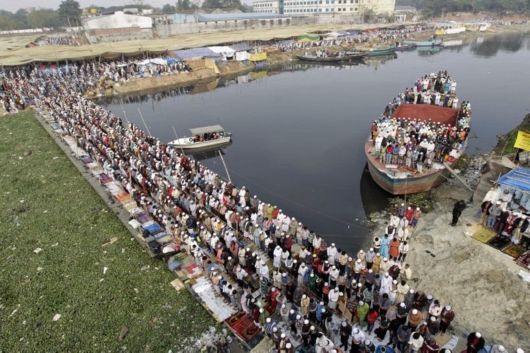 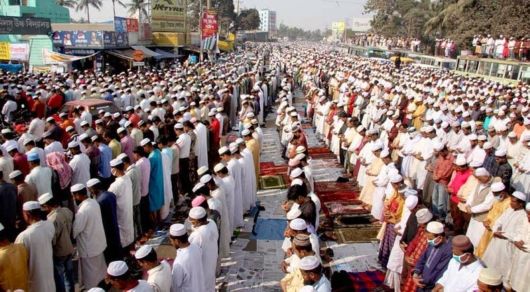 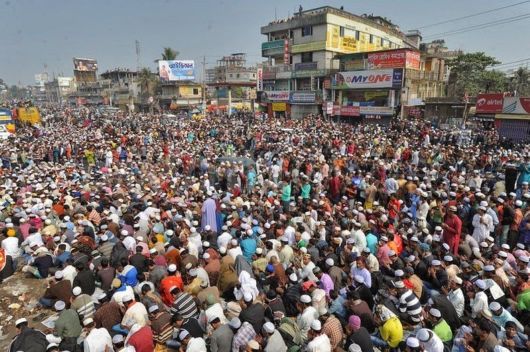 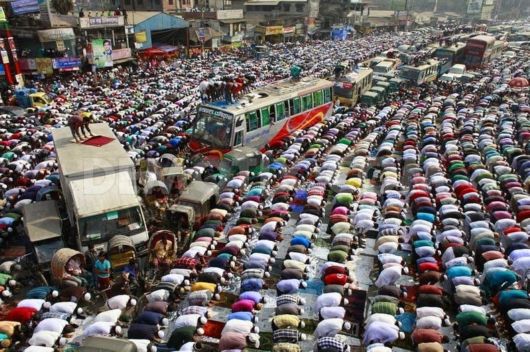 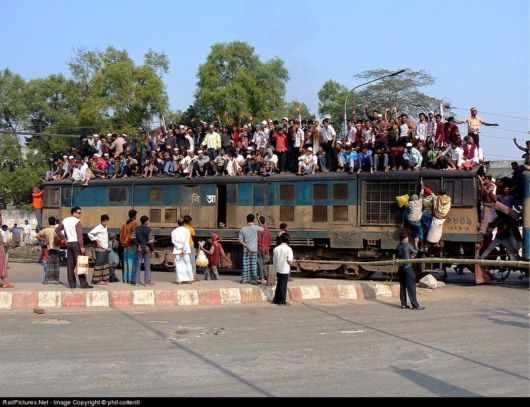