Placed at the lobby of the Radisson SAS Hotel in Berlin the 25 meters high AquaDom is the largest cylindrical aquarium ever built. 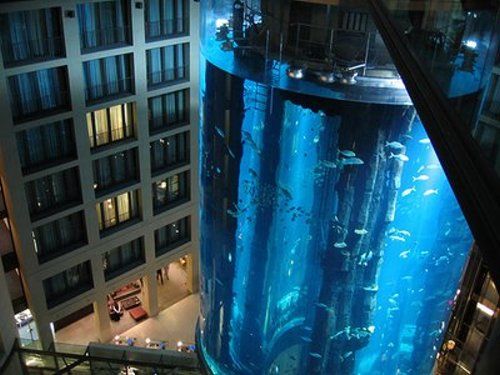 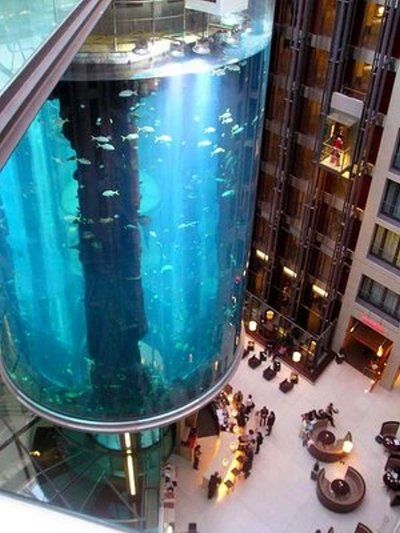 Combined with a vast amount of sandblasted glass, the giant AquaDom gives a transparent-like feeling to the lobby Guests and visitors are able to travel through the aquarium in a glass-enclosed elevator to reach a sightseeing point and restaurant under the glass roof.

Two full-time divers are responsible for the care and feeding of the fish and maintenance of the aquarium.

Some of the interior rooms and suites look out over the atrium, offering "ocean views" of the AquaDom. 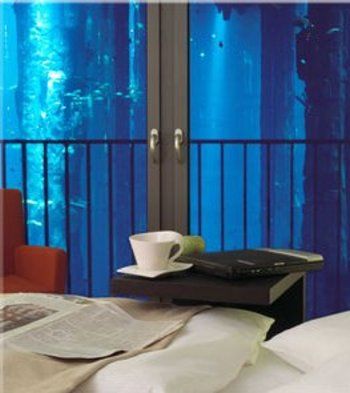 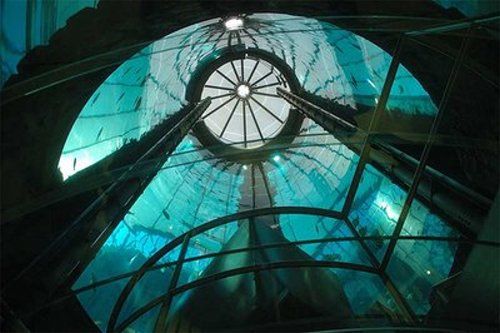 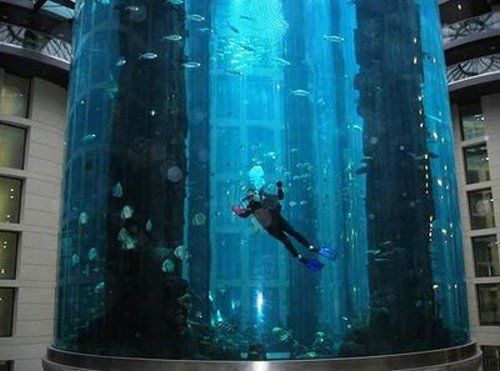 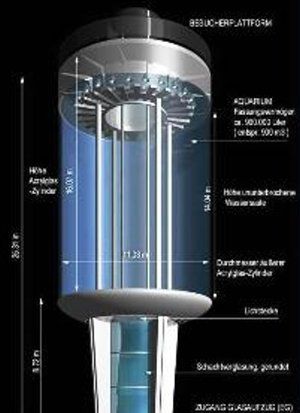 Construction : The AquaDom was opened in December 2003. It cost about 12.8 million euros.

The acrylic glass cylinder was constructed by the U.S. company Reynolds Polymer Technology.

The outside cylinder was manufactured on-site from four pieces; the inside cylinder for the elevator was delivered in one piece The Aquadom is the largest acrylic glass cylinder in the world, with a diameter of over 11 meters built on a 9 meters tall concrete foundation. 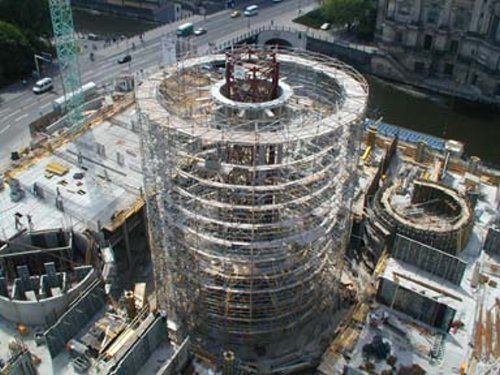 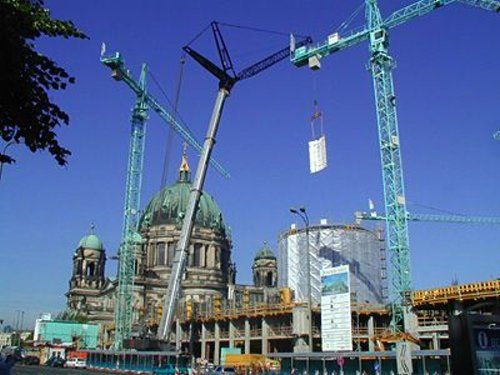 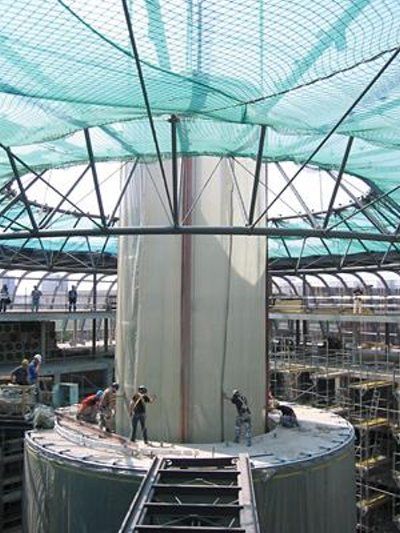 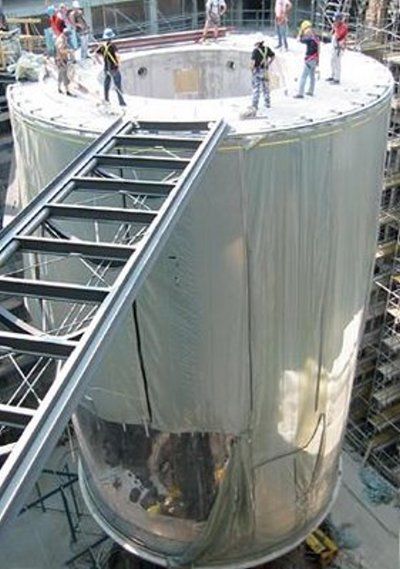