In the Scottish town of Gretna Green, from late autumn to early spring you can watch the amazing bird "air show". 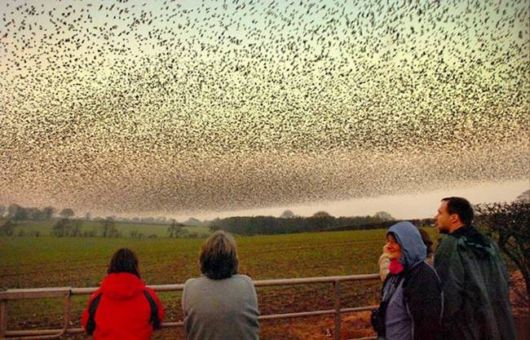 During the annual migration to wintering in Scotland, European starlings fly (sturnus vulgaris), driven by the frost from their homes in Russia and Scandinavia. Soaring, flocks of these birds, like great black clouds in the sky, forming bizarre shapes. 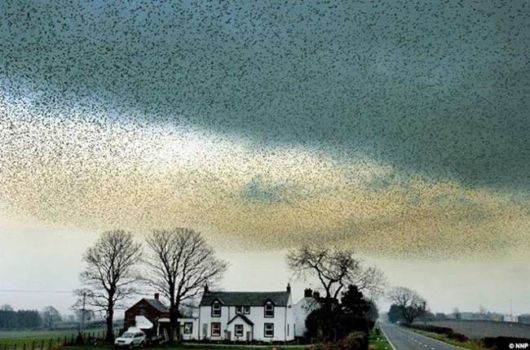 The annual migration of starlings recalls that winter is on its way: Each year the birds arrive here from colder places, and remain until spring. Their wintering habitat is located in the southern part of the British Isles, but birds are especially numerous in the small Scottish town of Gretna Green, where he made these pictures. 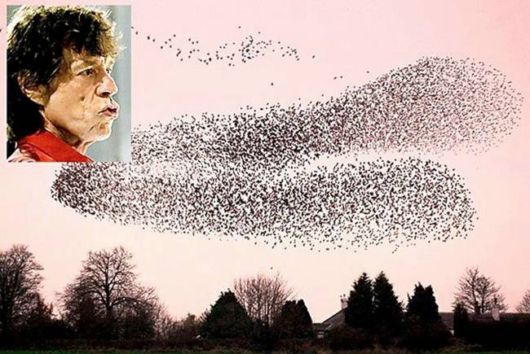 During the winter, starlings every day suit "air dances": approximately an hour before sunset with a flock of all neighborhoods of the hordes of birds.During the winter every day at sunset a lot of starlings, "they go to dance" in the sky, executing collective pirouettes. 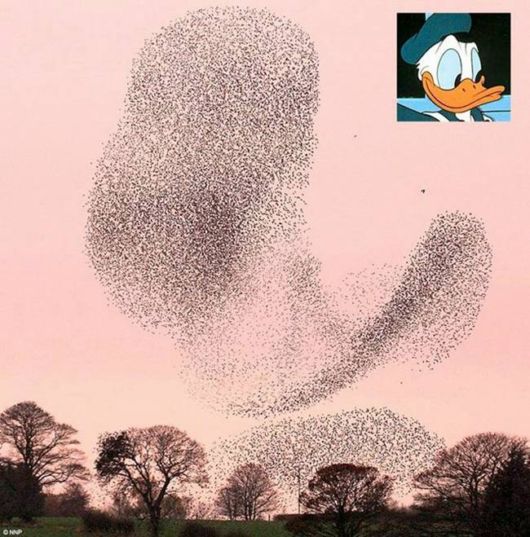 More than a million birds, flying along and across the great flocks, ignorant people can be easily mistaken for fast looming thundercloud. 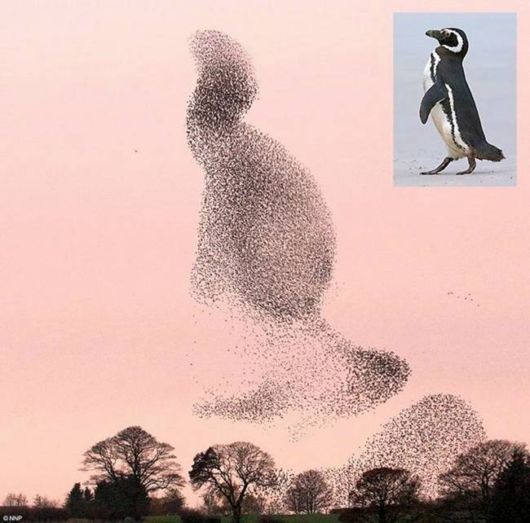 Millions migrated from Russia and Scandinavia, to avoid the winter frost, the birds gather in flocks of incredible forms. 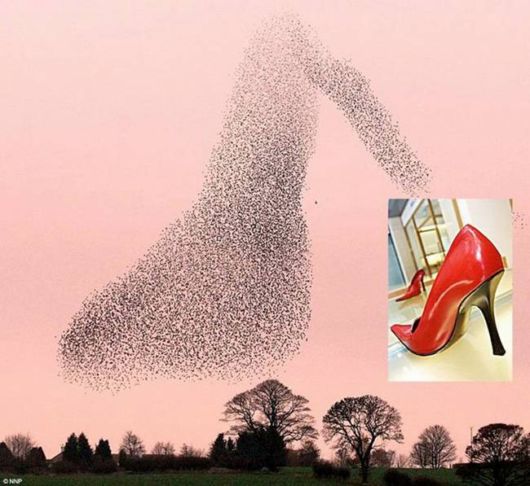 Scientists are not sure exactly how and why starlings make these celestial dance. Even complex algorithmic models can not explain acrobatic sketches of starlings, which change their direction for the one hundredth milliseconds to avoid a collision, but at the same time and predation. 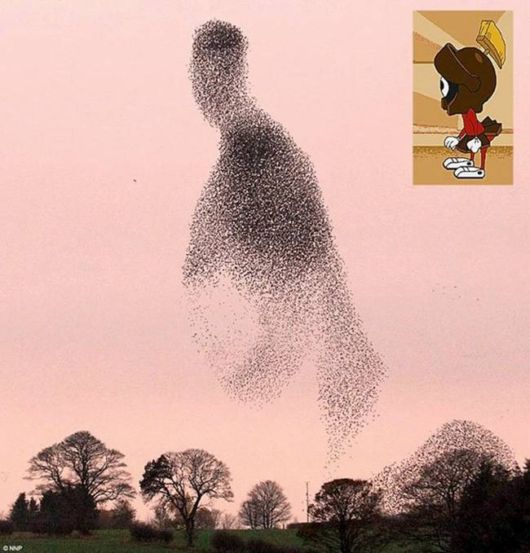 Despite this display of power, the number of starlings in the UK in recent years has fallen considerably, possibly due to reduction of nesting sites. But the birds still live in rural pastures of Great Britain, going to sleep after "an evening of ballet." 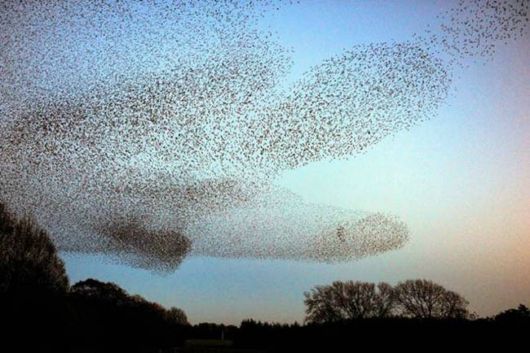 Collective bird pirouette so impressive that in Gretna Green, attracts tourists to watch the evening "air show".Many come here to witness the flying huge group of several thousand individuals, while they simultaneously repeated twists, parry and land on the ground, scattering over a large area. 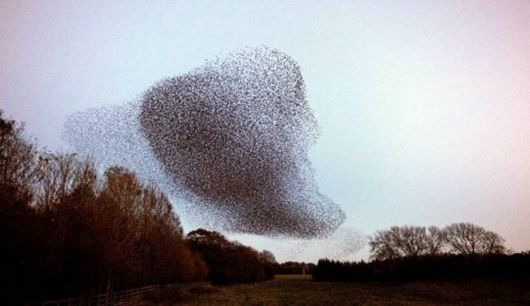 Synchronously moving in the air, the birds create the amazing and sometimes amusing shapes. 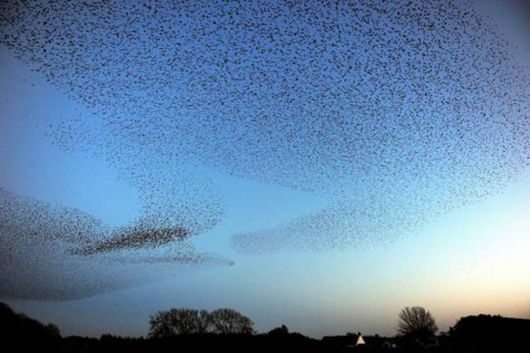 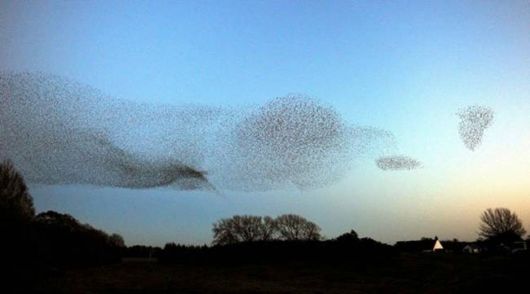 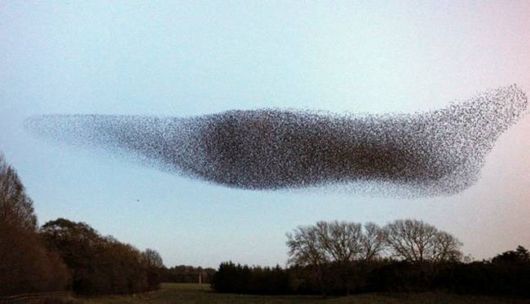 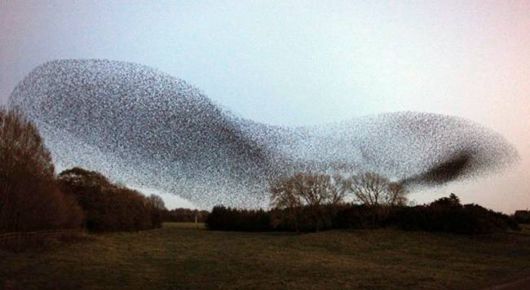 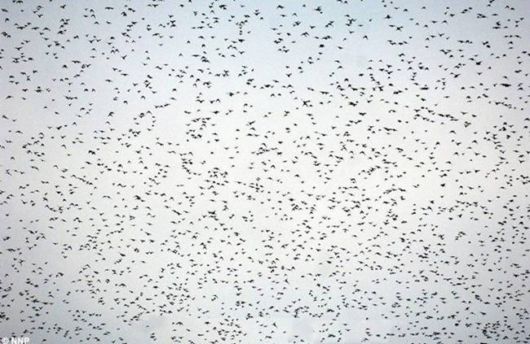