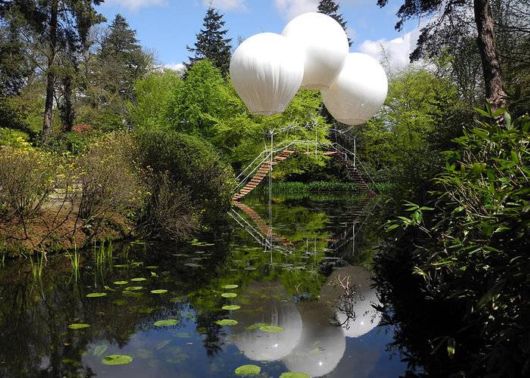 French artist Olivier Grossetête used three enormous helium balloons to float a rope bridge over a lake in Tatton Park, a historic estate in north-west England. Oliver Grossetête created Pont de Singe, which means “monkey bridge”, for the Tatton Park Biennial, which this year was themed around flight. Located in the park’s Japanese garden, the structure comprised a long rope bridge made of cedar wood held aloft by three helium-filled balloons. The ends of the bridge were left to trail in the water. Though visitors weren’t allowed to use the bridge, it would theoretically be strong enough to hold the weight of a person, according to Grossetête. 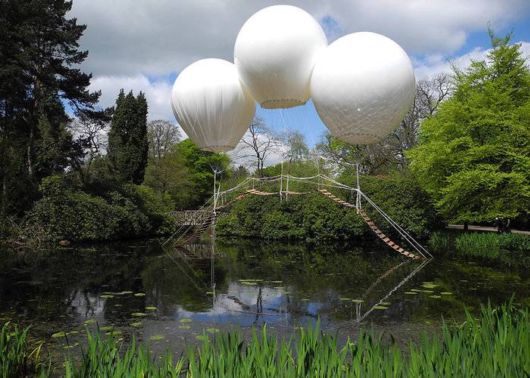 Replacing the usual foundations and joints of a bridge with three balloons leads us to question our perceptions, the artist explained. “My artistic work tries to make alive the poetry and dreams within our everyday life,” added Grossetête.

The artist had previously experimented with another floating bridge in his 2007 project Pont Suspendu, where he used a cluster of helium balloons to float a small bridge structure into the air. 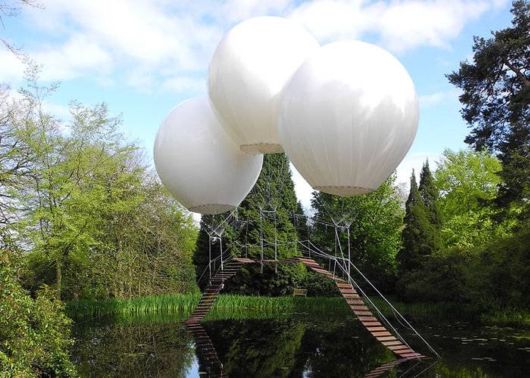 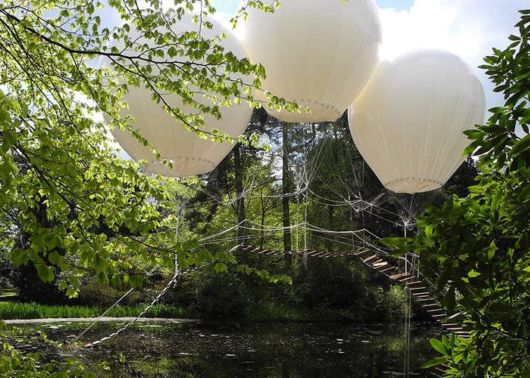 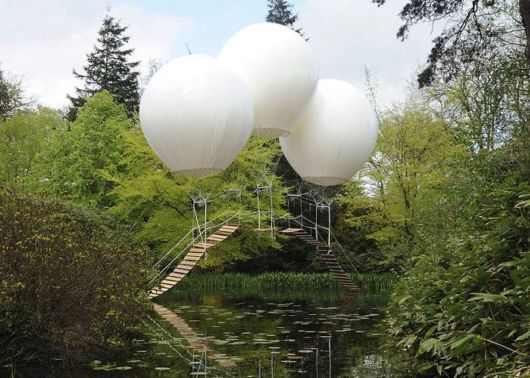 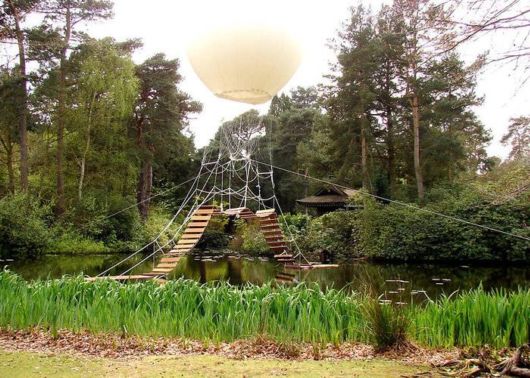 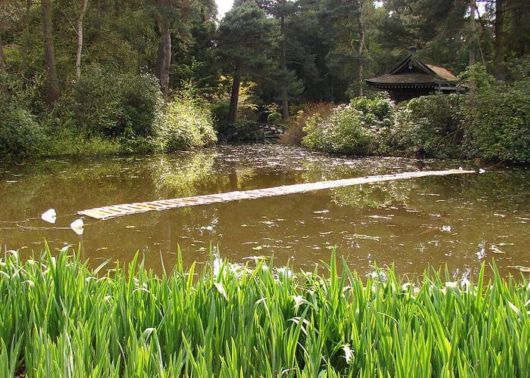 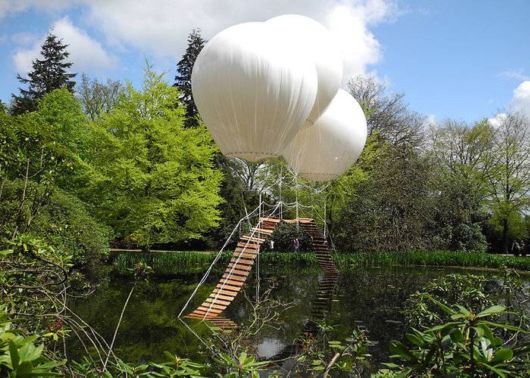 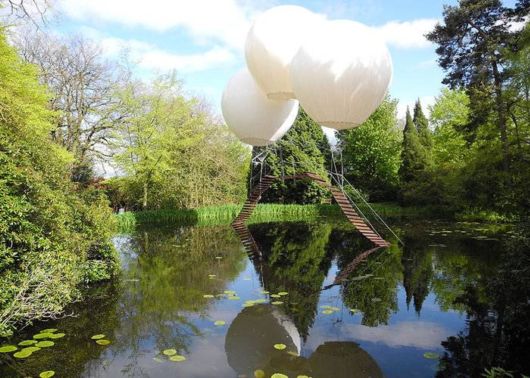