This week, owners of more than 50 amphibious vehicles brought their World War 2-era military transporters, jeeps and vintage-style cars to Switzerland St-Blaise for their annual European gathering. Fitted with colourful sun umbrellas and decorated with flags, what looked like a motley crew of vehicles carrying families including babies and dogs drove off the port and glided smoothly into the water, before moving across Lake Neuchatel. 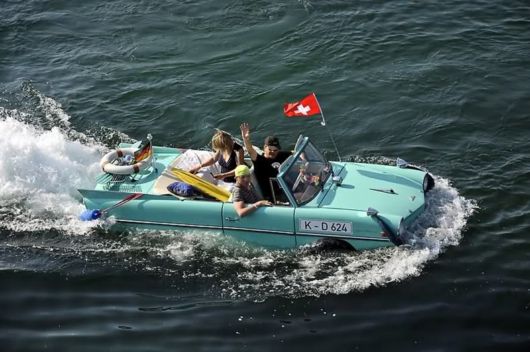 For those who are not aware, an amphibious vehicle is one that can be driven on both as well as in water, just like an amphibian. 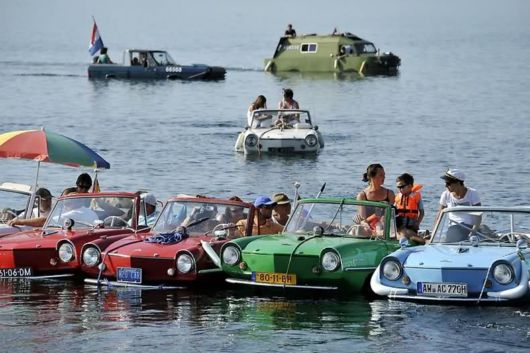 Briton Paul Foley was driving an Amphicar, a 1960s German-built cabriolet which was also the only civilian amphibious vehicle to be mass produced, although only 3878 were made. Patrick Amerijckx drove his favorite vehicle the military Dukw truck 21,147 of which were produced for the US army during the Second World War – and of which an astonishing number are still in use. 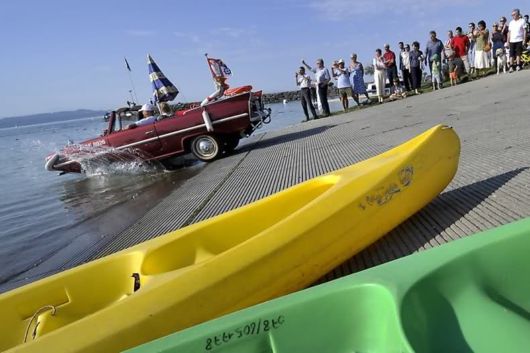 Since 1987, the group has met in various locations in Sweden, Italy, Germany and Switzerland and, in 2012, they will head to Norway. This year it is Switzerland’s Lifeguards Club of the Low-Lake which is hosting the group as part of St Blaise village’s 1000th anniversary celebrations. 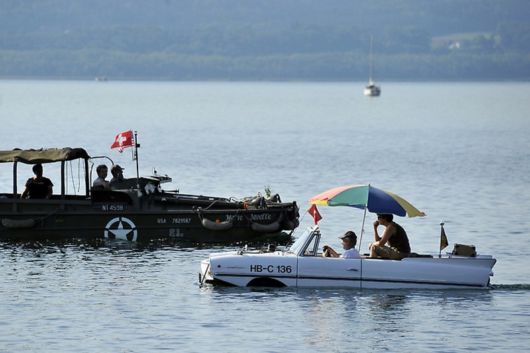 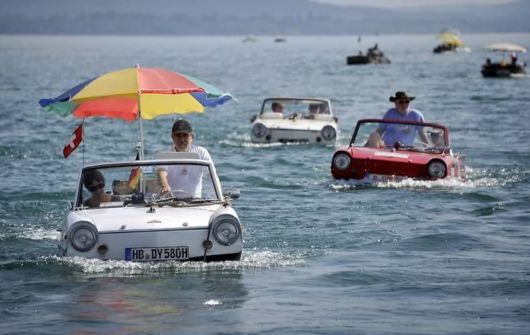 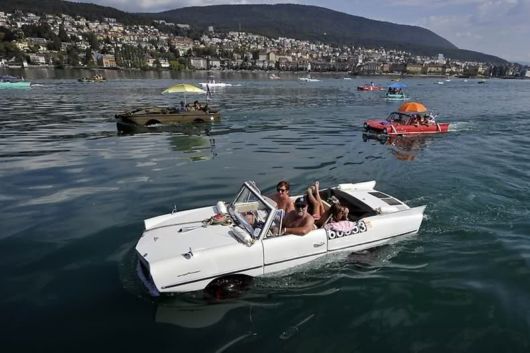