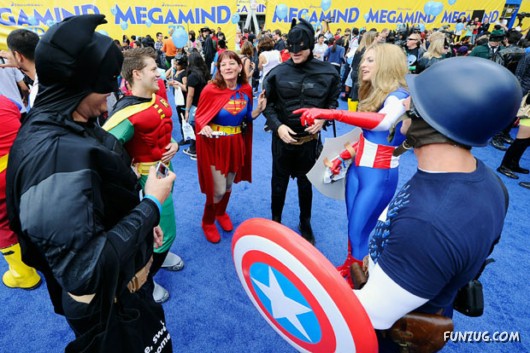 Some 1,580 costumed superheroes gathered at Nokia Plaza, next to Staples Center in Los Angeles, to break the Guinness World Record for the largest gathering of superheroes 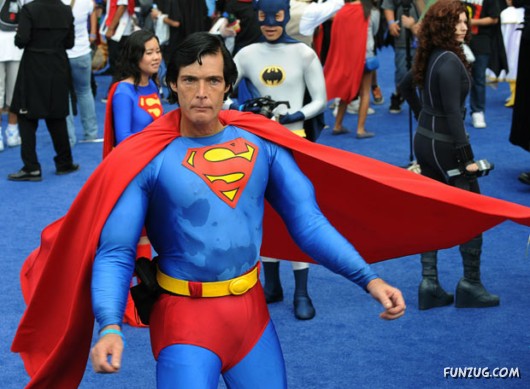 Superman was heavily represented (Gee, he looks like Christopher Reeve)… 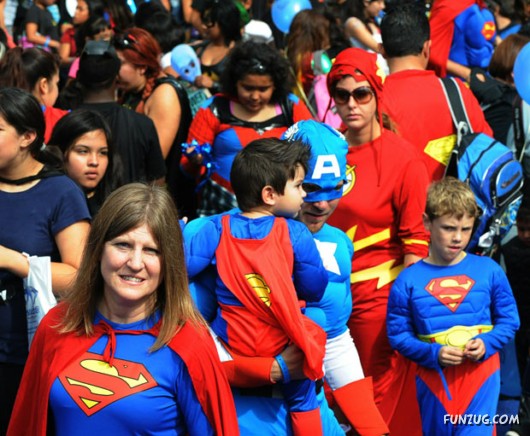 …coming in all shapes and sizes… 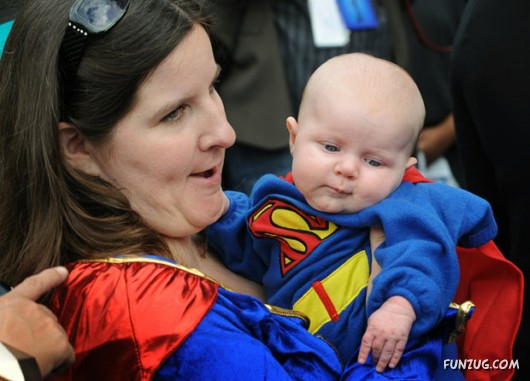 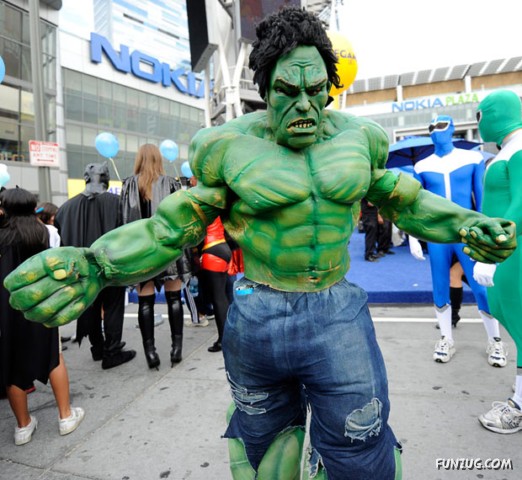 Other costumed characters included The Hulk 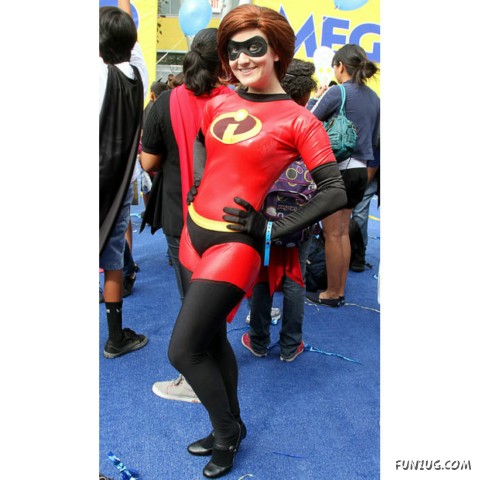 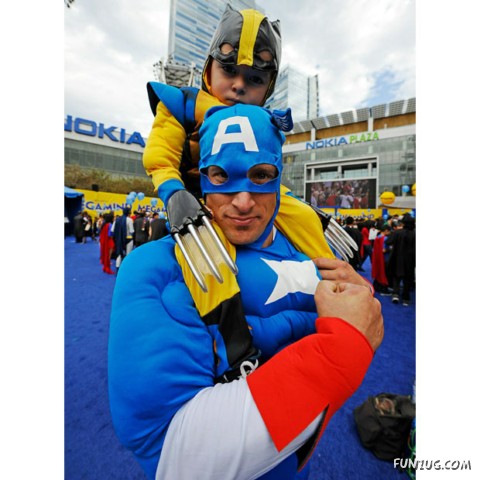 Captain America and a young Wolverine 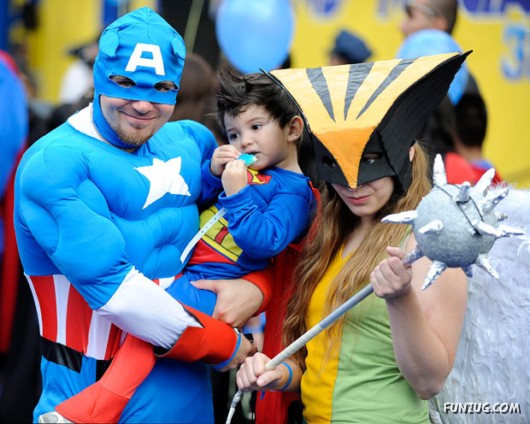 Another Captain America with Superman and Hawkgirl 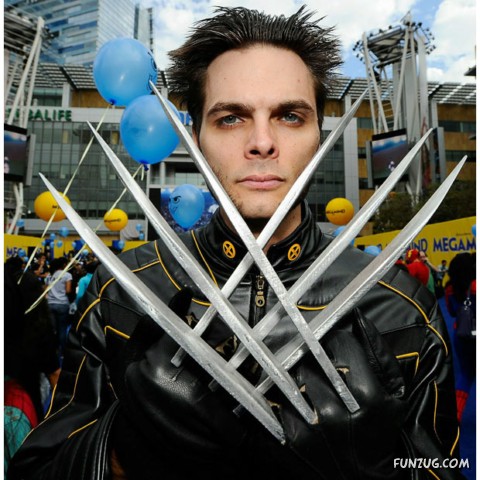 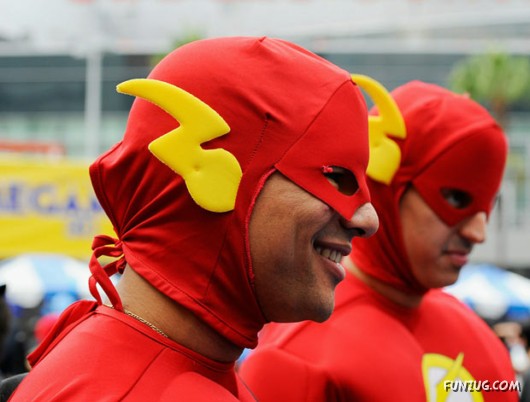 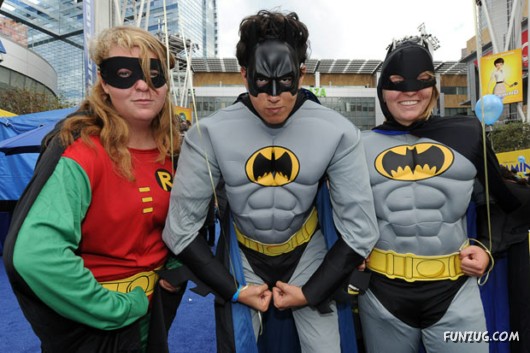 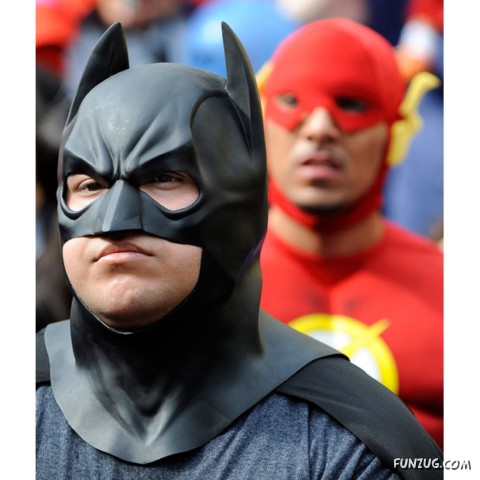 Another Batman and another Flash 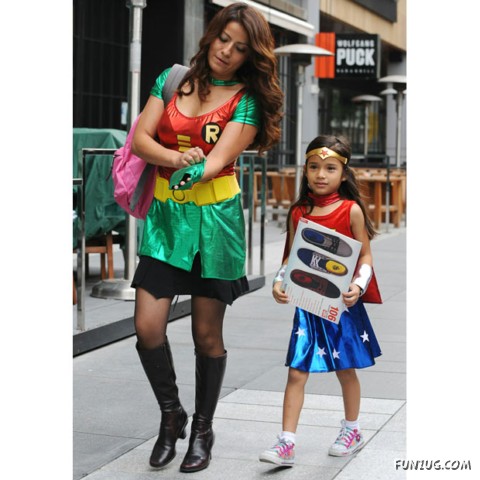 A female Robin and her Wonder Woman daughter 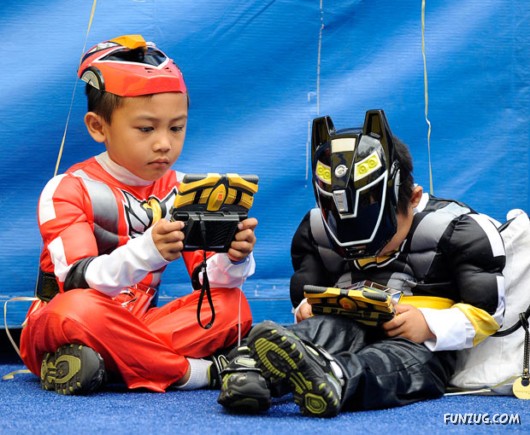 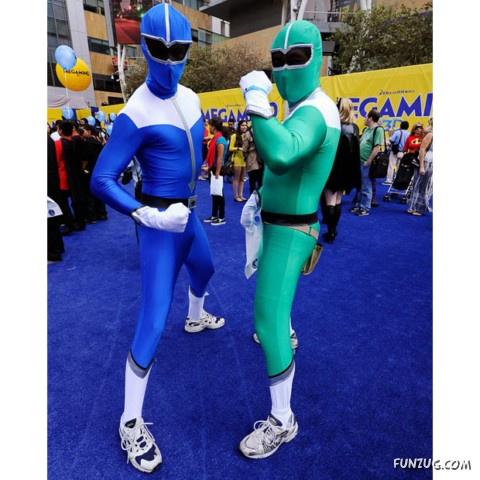 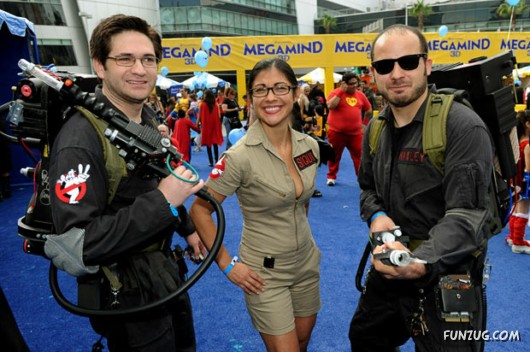 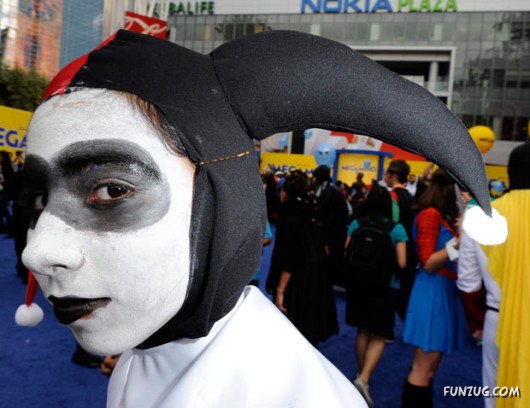 Harley Quinn, a character from the Batman comic book series 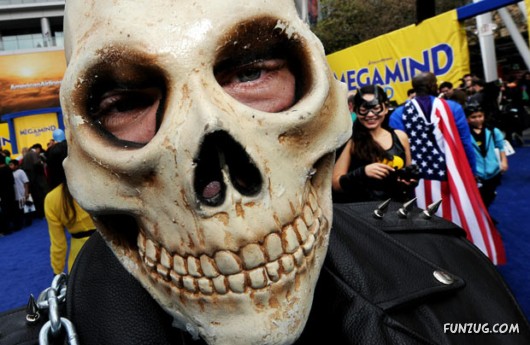 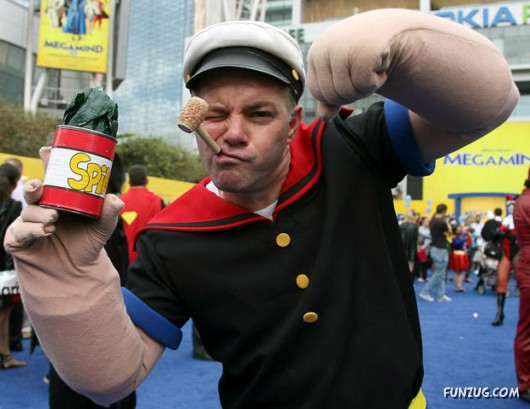 Popeye (not, strictly speaking, a superhero, but we’re not going to argue with him) 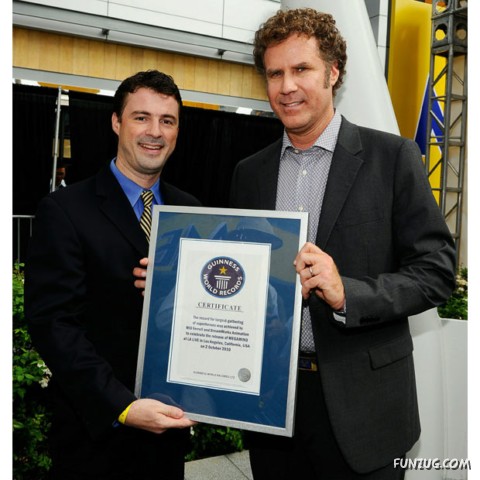 Will Ferell holds the Guinness World Records certificate with adjudicator Stuart Claxton after 1,580 costumed people broke the record for largest gathering of superheroes 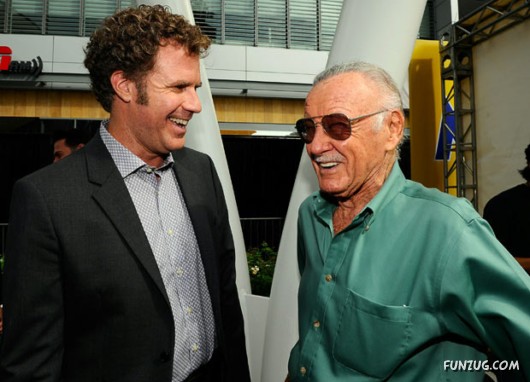 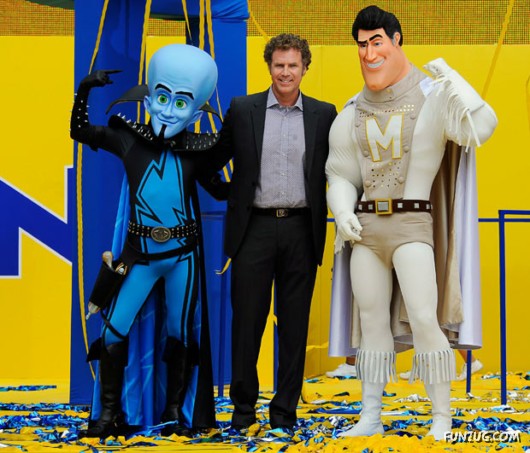