The unusual ritual in a small provincial town of Castillo de Murcia, in Spain, 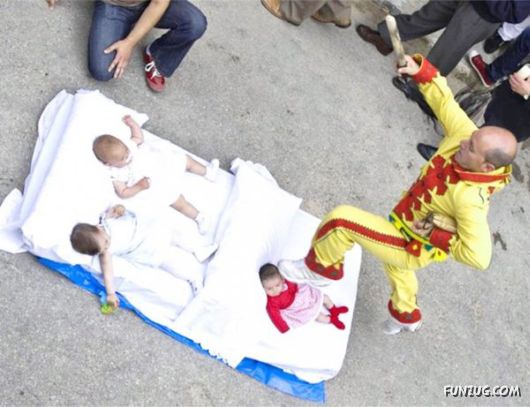 The unusual ritual in a small provincial town of Castillo de Murcia, in Spain, at the end of spring, from 22 to 25 May each year passes, one of the most bizarre religious rituals. This ritual is dedicated to one of the most important Catholic holidays – the body of the Lord. 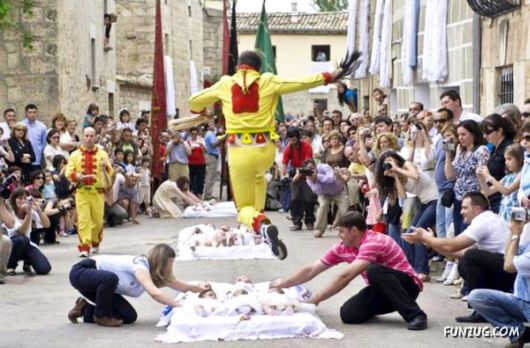 The ancient ritual of El Kolacho collects city residents and tourists from all over the world. Artist ritual in the yellow-red dress (this is Kolacho) with a whip or a stick in his hand passes through the city with the sound of the drum. Rhythm, struggle in the passage Kalach might Trans. 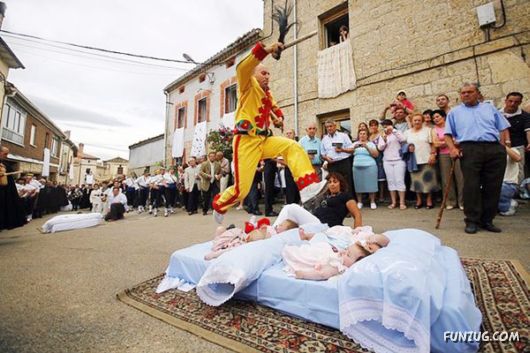 Once Kolacho comes to the central square, he jumps to the run-through of infants who have not yet turned six months. Children previously put in a number of blankets, or on mattresses, rasstelennye on earth. Residents believe that, jumping, Kolacho kills childhood diseases and takes all the evil in themselves.