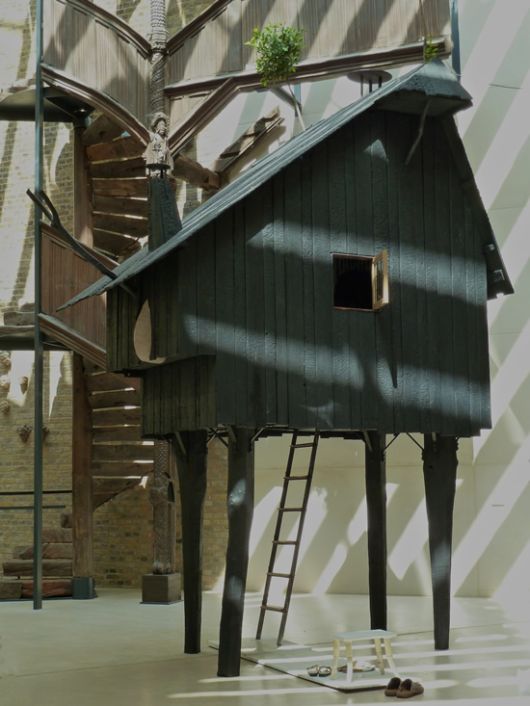 Some of his works may not even look like real houses, but Terunobu Fujimori is one of the worlds most acclaimed architectural designers. His unconventional works have been displayed all around the world, and, believe it or not, people actually want to live in his houses. A historian by trade, Terunobu Fujimori started designing buildings late in his life, when he was 44. He was asked to design a history museum for a family from his local village, near Nagano, who had ancient ties to that place. He decided to build something completely uncobventional, in order to avoid being criticized for lack of originality, and his creation was a success. Since then, Terunobu Fujimori has been delivering one fascinating house after another, at a rate of a house per year. Using his knowledge of Japanese architectural history and his designer talents, Terunobu Fujimori manages to create unique buildings that are ecologically sensitive and energy efficient.

The way Terunobu Fujimori designs and builds his houses is as unconventional as they look. He simply takes a tree stump and starts hacking away at it with a chainsaw, until he gets a rough model of what he plans to build. Then he invites his clients to his Too-High Tea House, standing 20 meters into the air, on two forked tree trunks, and shows them his designs. If they don?t like them, he simply shakes the house until he gets a positive answer. Galleries have offered to buy his tree stump models, but he always refused to sell them. Although he relies on professionals for the structural and electrical installations on his houses, he handles most of the interior design, with a team of friends. He never pays them for their work, as that would be labor. 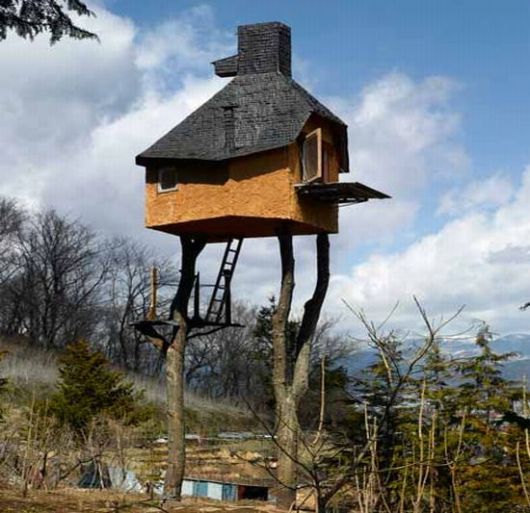 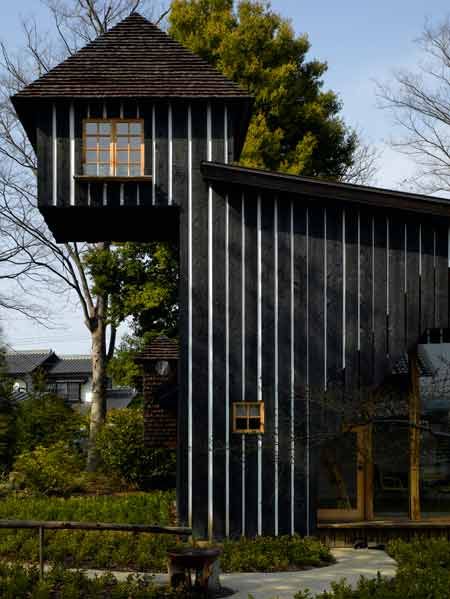 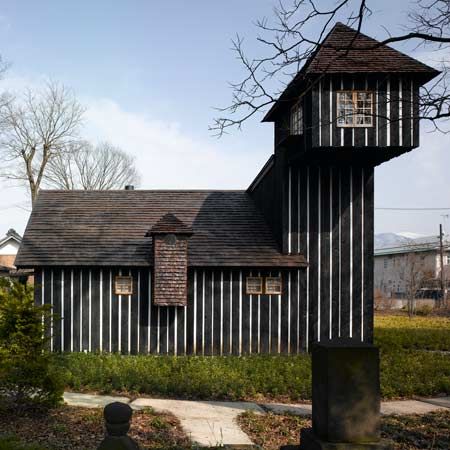 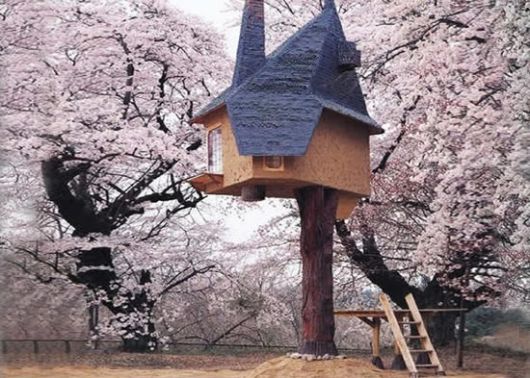 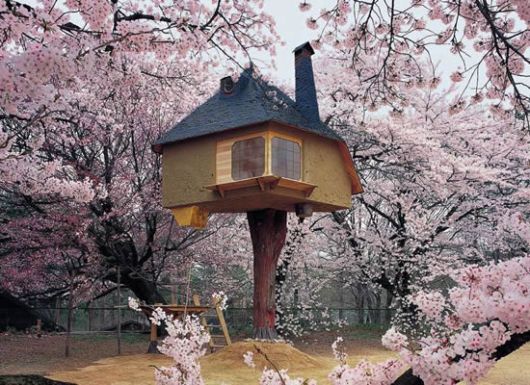 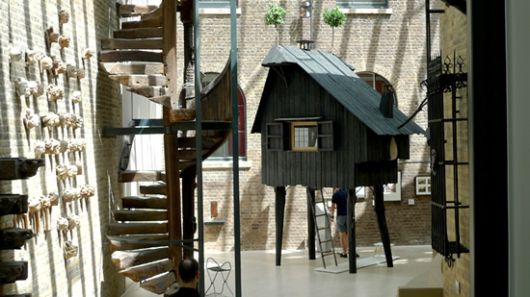 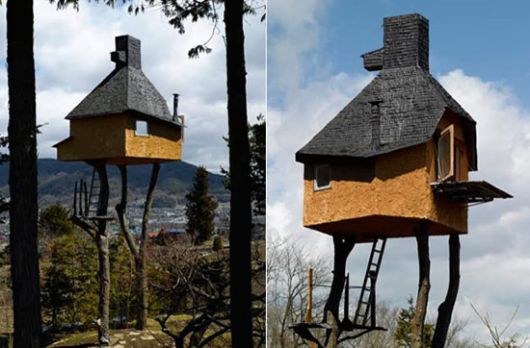 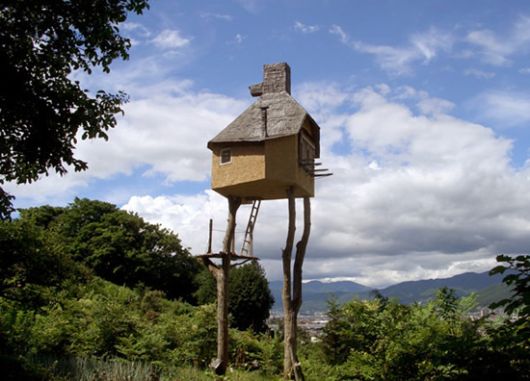 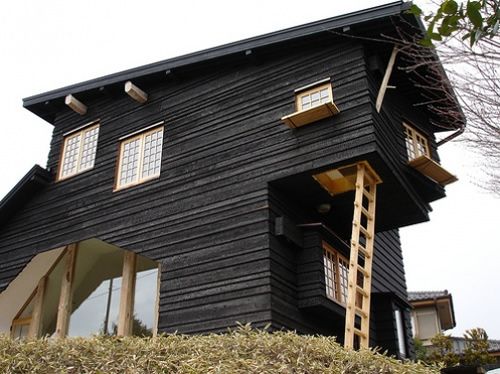 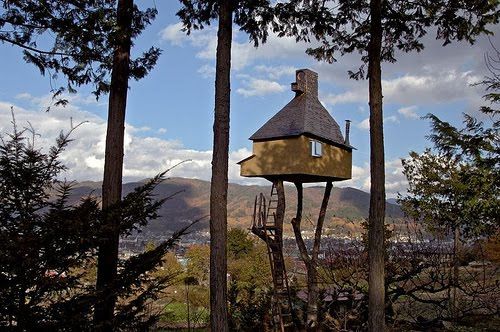