Have you ever taken an elevator ride to the top of a mountain? No? Then you haven?t been to Wulingyuan in Zhangjiajie, China, because if you had, you would have surely seen the towering Bailong Elevator built into the side of a huge cliff. Also known as Hundred Dragons Elevator, this glass elevator stands 330 meters tall and is claimed to be the highest and heaviest outdoor elevator in the world. Quite possibly, it is the only elevator in the world that lets people ride up a cliff. 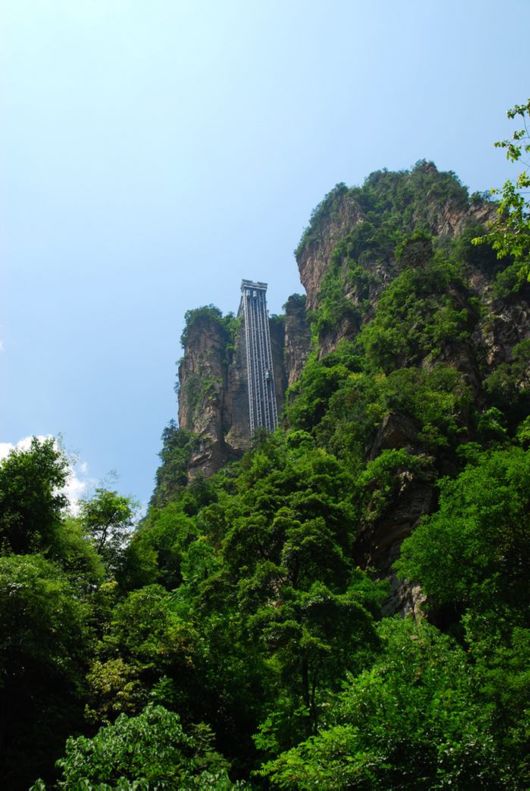 The elevator can take ~48 passengers at once to the top, a journey that takes 2 seconds shy of 2 minutes. After it was built, the lift was said to be the world’s tallest full-exposure outdoor lift, tallest double-deck sightseeing elevator, and the fastest passenger elevator with the biggest capacity. The elevator was built during 1999 and 2002 at the cost of 120 million yuan or $19 million. The project was met with fierce criticism from environmentalists who were angry that it was sited in the middle of a World Heritage Site. 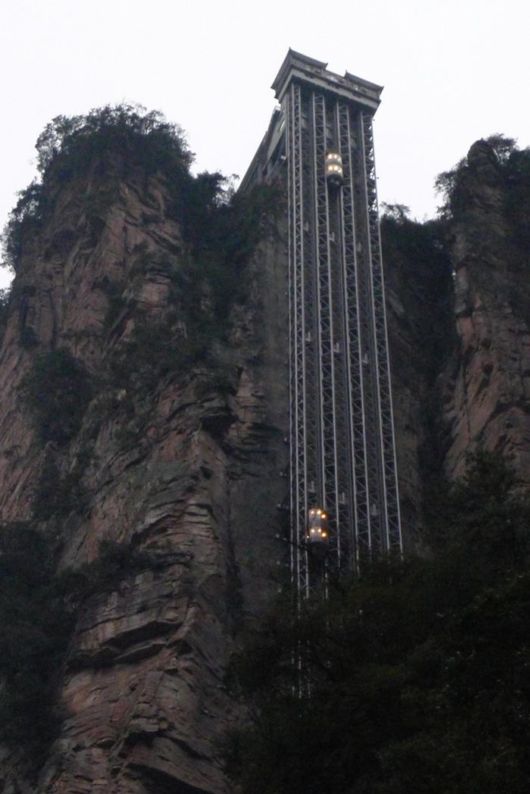 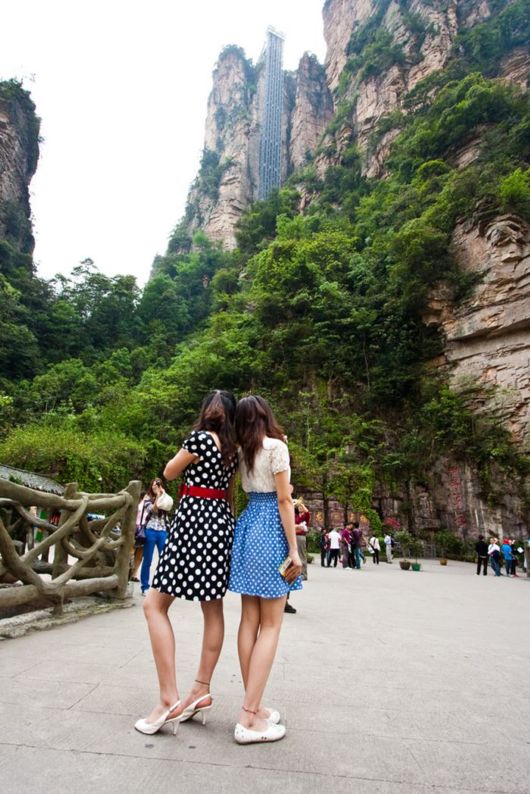 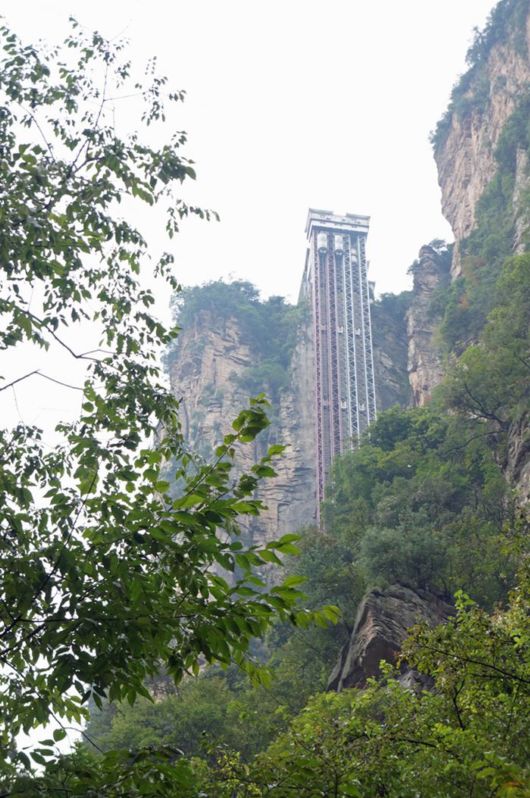 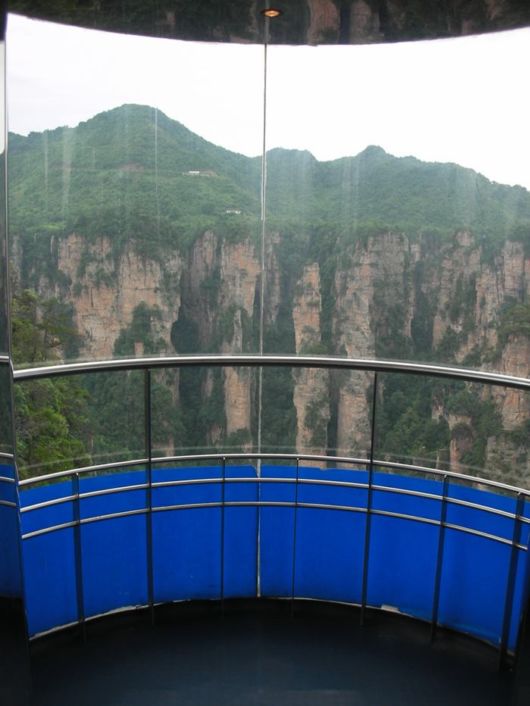 In the rocks were cut mines and tunnels to provide the infrastructure elevator. In addition, in the event of an earthquake or a natural disaster people from all three elevator cars can be quickly evacuated. 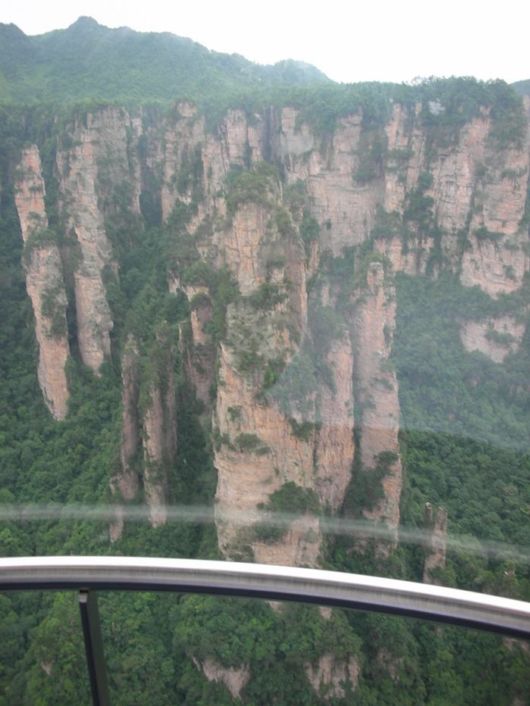 Supporters of the project say that the lifts with the highest passenger capacity in the world, saved the mountain trails of the excess load. 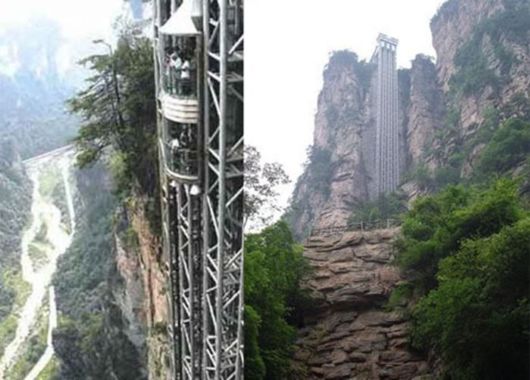 But their opponents point to the fact that the region, which is visited by 5 million people every year and is already saturated with tourists and is another attraction that will increase their number, only hurt the environment. 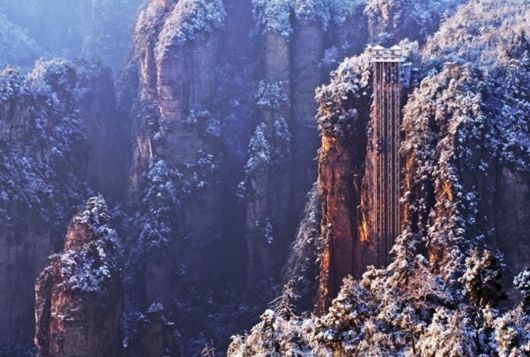 Despite the protests, the lift is available for tourists, and indeed promotes the growth of popularity of this region of Hunan. 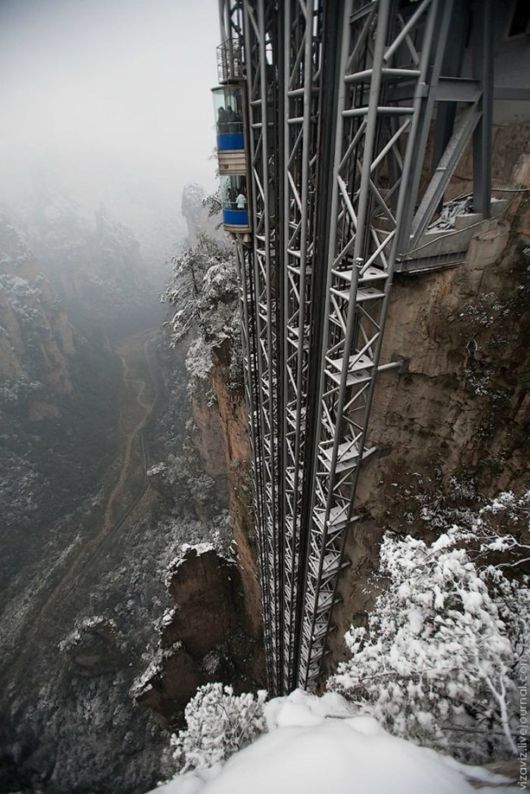 After the building was put into operation in 2002, he was temporarily closed for safety reasons. After some improvements elevator resumed operation in 2003 and is now a cult destination among tourists. The lift can save 3 hours of walking and just one minute gives travelers the mountain, which offers a beautiful view of the valley from the quartzite pillars. 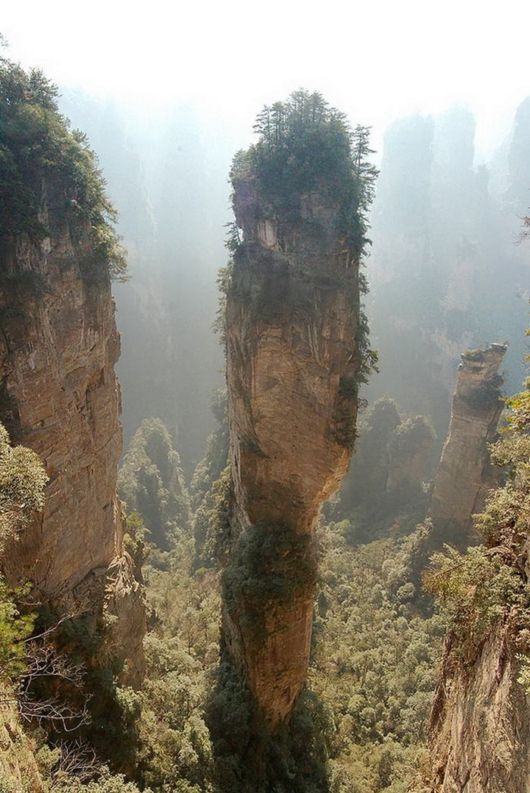 Those who decide to explore this beautiful place, it is worth considering that in bad weather elevator closed. Entry fee is $ 39, and a lift to the lift – 8.9 dollar. 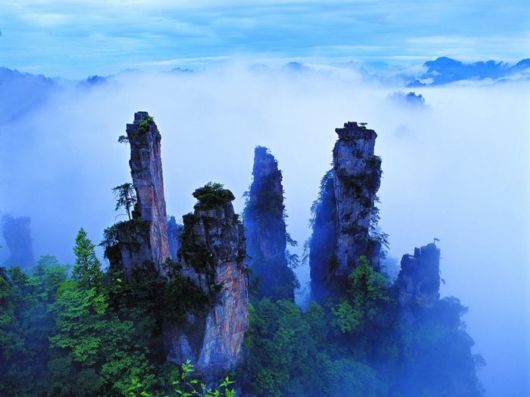 Wulingyuan – cliffs in Zhangjiajie National Park, which is located in Hunan Province in the southeast of China. This is a place of amazing beauty and at the same time a natural zoo, botanical and geological reserve. The place is famous for its quartzite cliffs up to 800 meters. The highest peaks of Wulingyuan reach a height of more than 3 km above sea level. Mountains are a picturesque sight: the huge stone pillars above the rainforest cut by sharp peaks, waterfalls, a giant cave system. 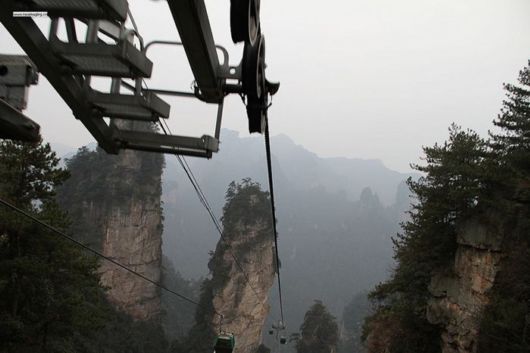 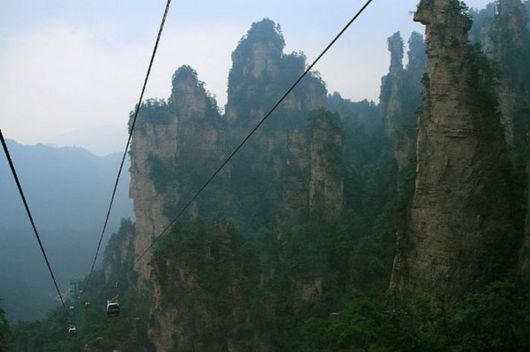 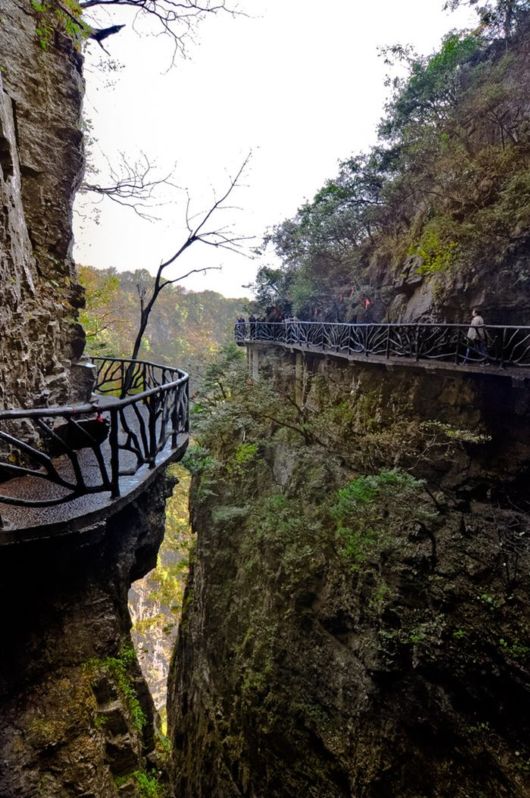 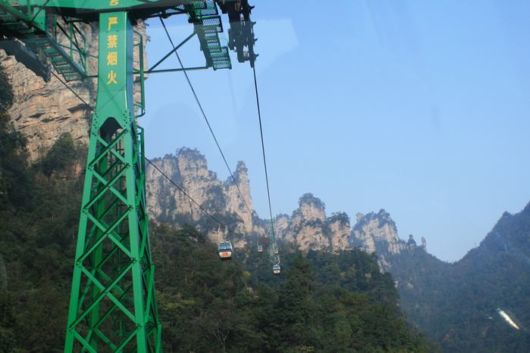 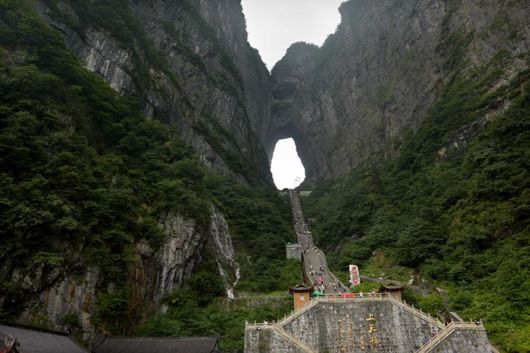 The elevation of Tianmen Mountains is 1518.6 meters (the highest one in Zhangjiajie); people may feel amazing that about 40 peaks inside the mountain area are over 1000 meters. Due to the high elevation of the mountain, the day time is longer than the night hours and the temperature on the mountains is about 10 degree centigrade lower than the Zhangjiajie city, the sunrise on the mountain is 30 minutes earlier and the sunset is 45 minutes later than it is in the city areas. Thus it is known as an endless sky without darkness.

The mountain is famous for its unique natural miracle – the Tianmen Cave; it was authorized as a national forest park in July, 1992. The door-alike cave was created after the cliff collapsing in ancient time. Tianmen Mountains is rich in Chinese culture; it is regarded as the Top 1 Heaven Mountain in the west part of Hunan province and the sprit of Wuling (an old name of the county here). This place has absorbed the essence from the nature for thousands years, therefore visiting the holy temple on the mountain ? Tianmenshan Temple has become a popular way to pray for a safe and healthy life.