Face it, you just couldn’t eat the cutest carrot… even if it does look like an alien

She’s been dubbed The Baby Whisperer for helping hordes of women realise their dreams of starting a family against medical odds.

Now it seems acupuncturist Yvonne Darnell, 46, has used her special skills to give life to one of her own carrots – which bears an uncanny resemblance to an angel-faced alien.

The ‘Sussex Stork’ dug up the unusual legume from her Burgess Hill garden. 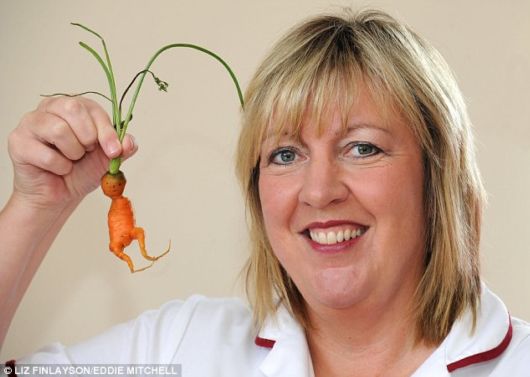 Alien roots: Acupuncturist Yvonne Darnell, dubbed The Baby Whisperer for the number of women she has helped to conceive, has grown a carrot with a distinctly intergalactic appearance

With green shoots for its hair and two dangling tips for its legs, it’s easy to see how she has become attached to the arm-less root vegetable.

Yvonne has helped 80 women, who had previously been told they had no hope in having children, conceive.

Her first success story was a woman who had endured eight failed rounds of IVF treatment. 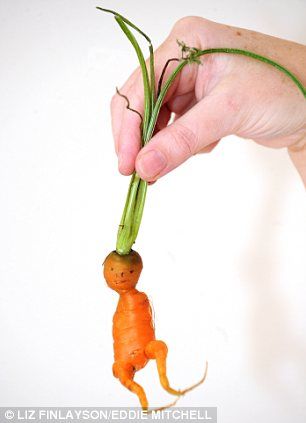 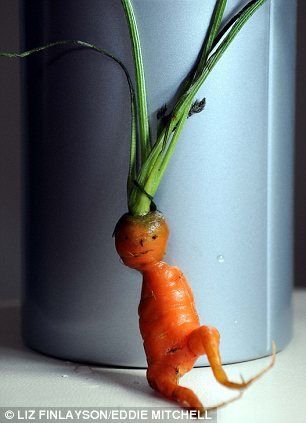 With green shoots for its hair and two dangling tips for its legs, it’s easy to see how Yvonne has become attached to the arm-less root vegetable.

Other crunchy carrots to have hit the headlines in recent years include a five-fingered specimen grown by Peter Jackson, 66, in Shropshire, and a Buzz Lightyear lookalike found by Clive Williams in Henley-on-Thames, Oxon.

In 2010 a U.S.S. Starship Enterprise-shaped potato was spotted at the National Gardening Show in Shepton Mallet, Somerset.

Baby-shaped pears, a parsnip that looked like a witch and a potato teddy bear have all also been discovered. 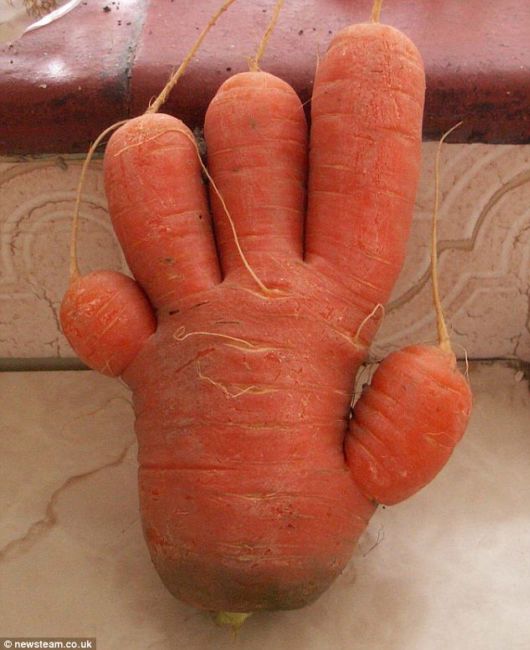 Hands up for the carrot. The five-fingered vegetable which was grown in Shropshire 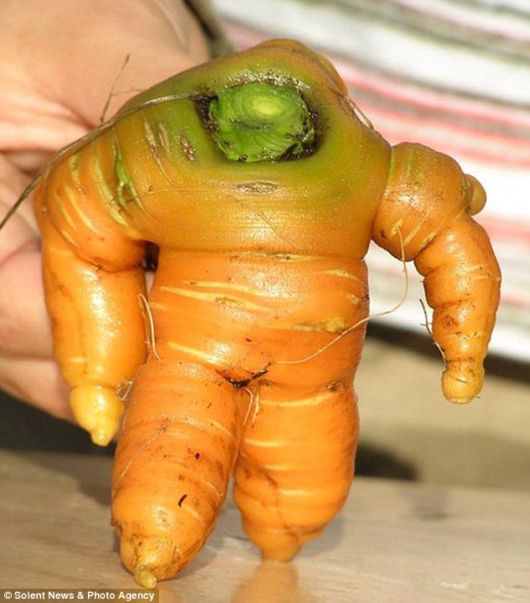