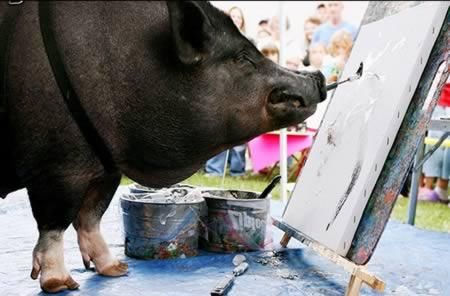 The art world has been stunned by a pot-bellied pig that PAINTS pictures. Now Smithfield the porker is being dubbed PIGCASSO and Vincent HAM Gogh.

His canvases of unique ?abstract expressionism? are already in big demand ? even though art experts are sty-mied to explain what they might mean! Proud owner Fran Martin, 54, sells them for £7.50 over the internet. Ten-year-old Smithfield, who holds the paintbrush in his mouth, has now become a celebrity across America. He trots out at charity events and appeared on Oprah Winfrey’s TV show. 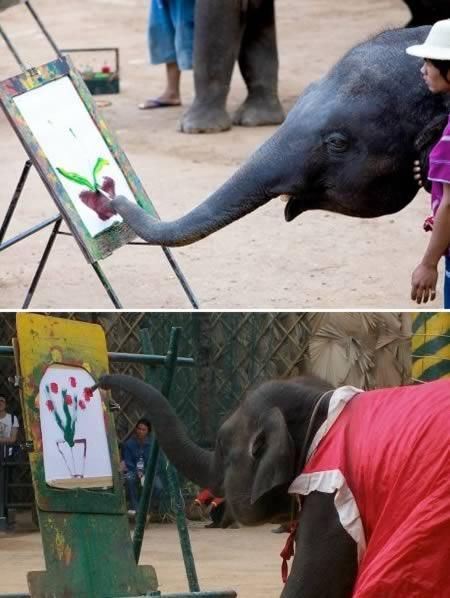 Elephants like this one have been trained to paint in northern Thailand. Tourists gasp as the animals paint detailed pictures in front of their eyes. 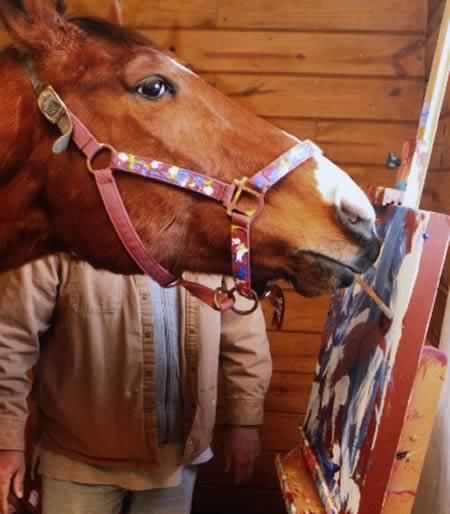 Metro Meteor, once considered one of the fastest Turf Sprinters at Belmont and Saratoga, experienced knee injuries that ended his racing career. Adopted off the track by Ron & Wendy Krajewski, Metro now spends his days painting abstract art. Holding the paintbrush in his teeth and stroking the canvas, Metro creates paintings that are in demand, with 50% of the proceeds going to help other retired racehorses find homes. 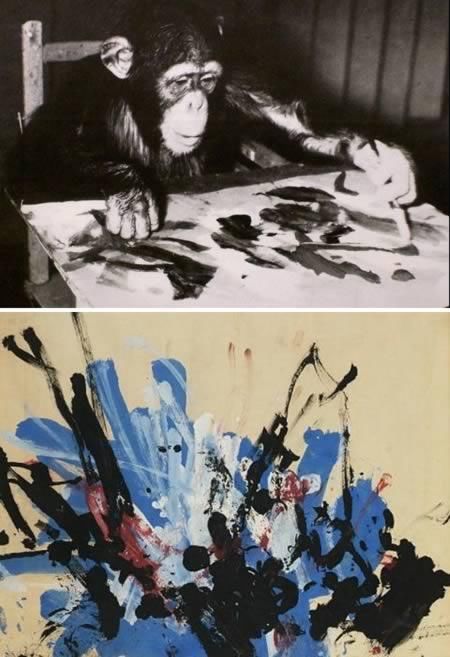 Congo (1954?1964) was a chimpanzee who learned how to draw and paint. Zoologist and surrealist painter Desmond Morris first observed his abilities when the chimp was offered a pencil and paper at two years of age. By the age of four, Congo had created 400 drawings and paintings. His style has been described as "lyrical abstract impressionism."

Andalusian painter Pablo Picasso was reportedly a "fan" of his paintings, and hung one of the ape’s pictures on his studio wall after receiving it as a gift. 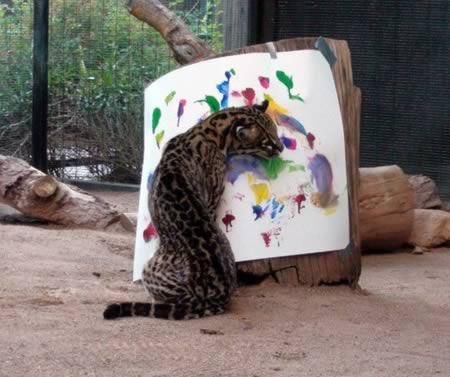 A seven-year-old ocelot at the Phoenix Zoo in Arizona is starting to make a name for himself in the art world. Padfoot is a painter and he’s getting quite a bit of attention. Padfoot was born at the zoo and first started to show a knack for painting in 2005. Zookeepers say other cat painters are rare and typically paint with just their paws, but Padfoot really gets into it. Keepers say the ocelot will use his paws, his head, neck and entire body. Once the wild cat is done painting he has what can only be called an unusual signature; he will hit the painting with a spray of urine once he’s done. 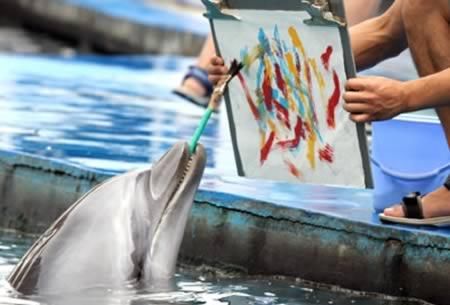 A dolphin holds a paintbrush in his mouth and creates a work of art at the Sea Life Park in Qinhuangdao, Hebei Province on July 10, 2006. The park organizes dolphin performances to attract more visitors and hopes to disseminate knowledge about the sea and sea life to the visitors. 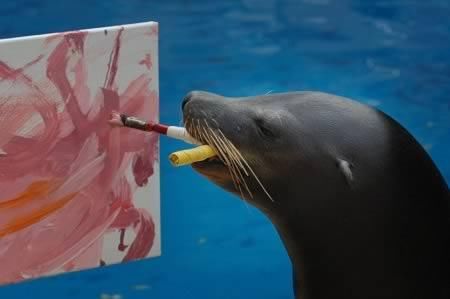 A pair of sea lions has been causing a splash in the art world after they became the first in the world to learn to paint. The two male seals – Morgan and Aero – hold paint brushes in their mouths to create colourful oil paintings on white canvas.

Morgan, six, and Aero, three, produce their artwork by dabbing their brushes into an easel with several colours of non-toxic paint. 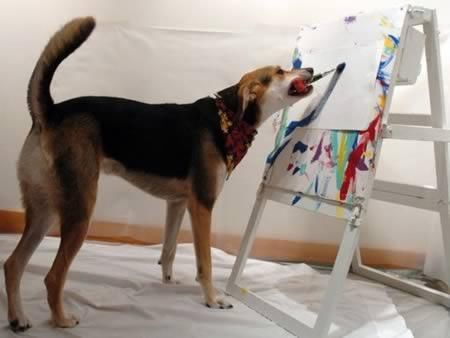 Sammy, a foxhound mix, uses a paintbrush attached to a rubber bone to paint a canvas on June 12, 2007, at a gallery at Salisbury University in Salisbury, Md. Mary Stadelbacher, owner of Shore Service Dogs, has a collection of abstract paintings daubed by her three service dogs in training.