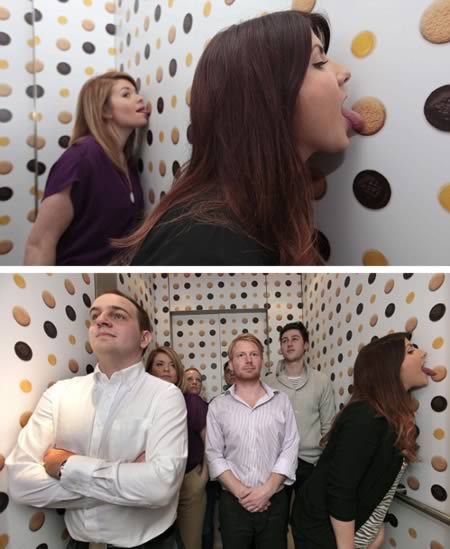 It seems like a brilliant idea to lift the mood of workers by sticking more than 1,300 Jaffa Cakes to the walls of an office block’s lift. However, with the average person’s tongue home to billions of bacteria, some will ask if this outlandish stunt really is a good idea.

Food technicians and artists took a month to install the unique walls inside the lift of the offices of the communications firm Engine on Great Portland Street, Central London. McVitie’s Jaffa Cakes said they were inspired by the glass elevator in Charlie and the Chocolate Factory when making the lift.

Coolest elevator in Queens, NY. At first glance it seems like an old boring looking apartment, until it opens its doors. 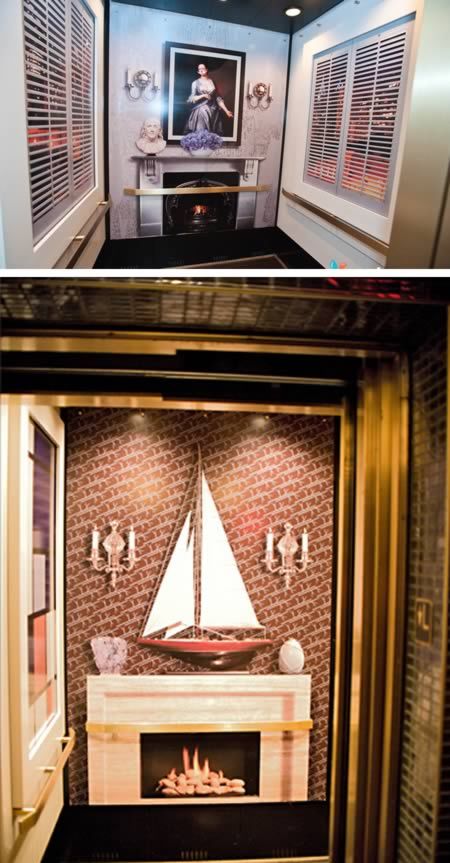 This is the cool new boutique Hotel Palomar Philadelphia, a Kimpton Hotel, in the Rittenhouse Square neighborhood. In the heart of Center City Philadelphia, it is a testament to superior eco-friendly hotel design, personalized service and genuinely warm hospitality.

Even the inside of the elevators are cool, as you can see from these photos.

The glass floored bathroom built atop a 15 story empty elevator shaft is located in Guadalajara, Mexico. This insanely terrifying penthouse bathroom was designed by Hernandez Silva. 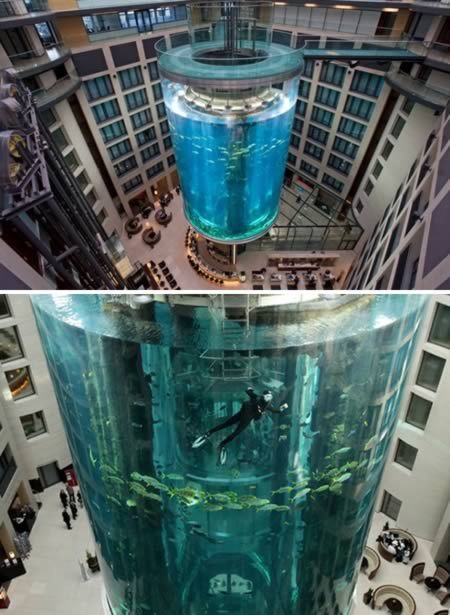 The AquaDom in Berlin, Germany is a 25 meter tall cylindrical acrylic glass aquarium with built-in transparent elevator. It is located at the Radisson SAS Hotel in Berlin-Mitte. The DomAquarée complex also contains a hotel, offices, a restaurant, and the aquarium’s sea life center.

It cost about 12.8 million euros to construct. The acrylic glass cylinder was constructed by the U.S. company Reynolds Polymer Technology. The outside cylinder was manufactured on-site from four pieces and the inside cylinder for the elevator was delivered in one piece.

The Aquadom is the largest acrylic glass cylinder in the world, with a diameter of over 11 meters, built on a 9 meters tall concrete foundation. Filled with about 900,000 liters of seawater, it contains some 2,600 fish of 56 species. The feeding of the fish and the cleaning of the fish tank is performed daily by a pair of full-time divers. 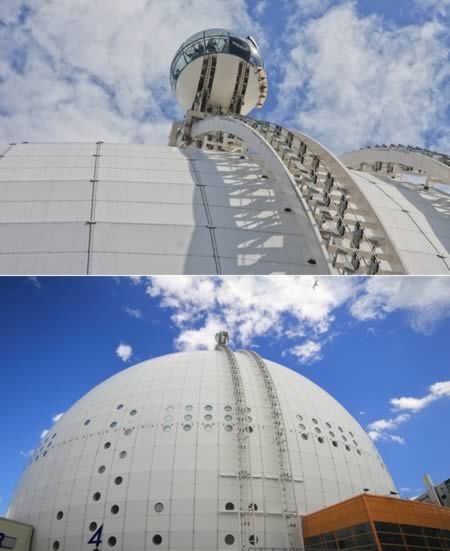 The SkyView is probably one of the most significant elevator projects in recent years. Engineered by Swedish Liftbyggarna it is characterized as a funicular system with a sophisticated leveling system. Built on a structure argued as the biggest spherical building in the world (Globen), it provides a breathtaking ride over the stadium’s grounds and Stockholm’s cityscape.

With their stark, curving metallic exteriors and glowing visor-shaped windows, the elevators at the Mercedes-Benz Museum in Stuttgart are as much fun to watch rise and fall along tracks in the museum’s atrium as they are to ride. The trip only takes about 30 seconds so feel free to ride multiple times. You might want to pop off every once in a while to see the exhibits, covering 125 years of motoring landmarks, and to see the inspiration behind the elevators’ uber-modern look. 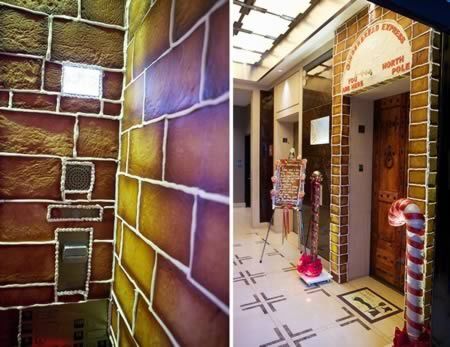 Love this. It’s the Gingerbread Express?a specially decorated elevator that takes guests up to the hotel’s restaurant Sixteen. However, it’s not just any old elevator. This one is embellished with nearly 1,000 cookie bricks, 222 pounds of frosting, 178 pounds of sugar, and 103 pounds of chocolate. Located at the Trump Chicago, Illinois. 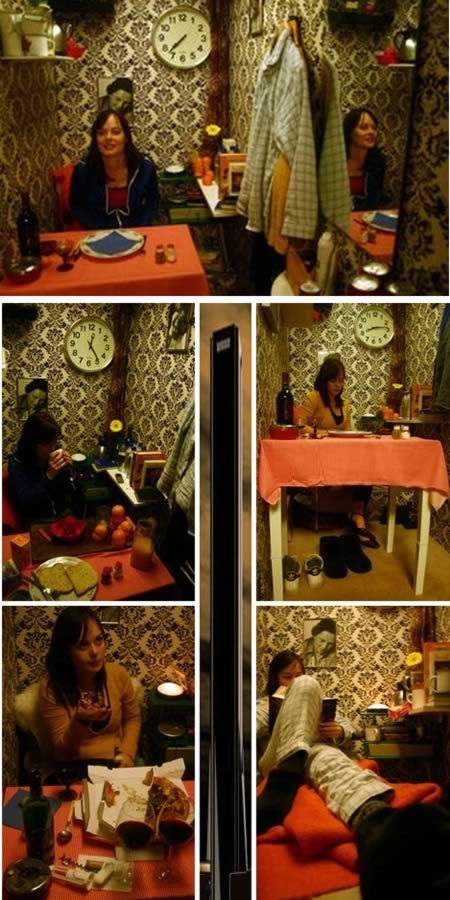 Imagine: you are heading to work, the daily grind, trudging along with coffee in hand and suitcase by your side. However, when the elevator arrives to pick you up the doors open to a homey, highly decorated and furnished living room with only a semi-surprised resident inside.

Starting early one morning (and staying until late that night), an industrious Dutch art student transformed a simple small elevator space into the epitome of a cozy apartment – complete with table, coffee maker, lights, books, shoes, slippers, shelves, hangers, a clock, mirror and the makings of a series of meals (as well as a phone to place an order for pizza delivery in the evening).