Justo Gallego Martinez, an 86-year-old farmer from Spain, has spent the last 50 years of his life single-handedly building a large cathedral in a suburb of Madrid, without any architectural knowledge or construction experience.

Considering the sheer size of Justo Gallego?s junk cathedral, almost 40 meters (131 feet) tall, with its large dome and spires towering over nearby apartment buildings, it?s almost impossible to believe it?s the work of a single man. But it just goes to show how far people can stretch their limits in the name of a higher purpose. In Gallego?s case, it was his faith and love of God. His mother was very pious and he grew up with a deep Christian faith and an overwhelming desire to dedicate himself to the Creator. After working as a farmer and as a bullfighter, Don Justo, as everyone calls him, joined a Trappist monastery, where he spent eight years as a monk. He was forced to leave the monastery in 1961, after he contracted tuberculosis, but promised himself that if he survived the illness he would dedicate his life to building a a chapel in the name of the Lady of The Pillar (the Blessed Virgin Marry), who he prayed to during the ordeal. His prayers were answered and he stayed true to his vow, laying the first brick of what would become a unique cathedral, almost 50 years ago. 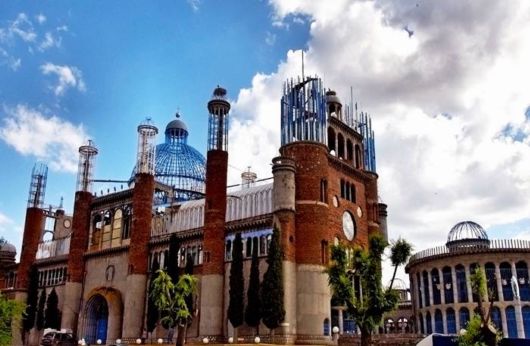 Javier Martin Espartosa
Most people thought Don Justo was crazy to take on such an epic challenge, but he never paid any attention to their insults, instead focusing all his efforts on his project. He never had any formal plans for his cathedral, nor did he have the necessary construction materials, but he put his faith in God and knew it would all work out in the end. Martinez has spent every morning for the last half century gathering all kinds of discarded everyday objects as well as building materials leftover by nearby construction companies from their own jobs, and fitting them in his grand design. The columns of his junk cathedral were molded using empty oil drums, and the cover of one cupola is made out of cut up food tubes. Don Justo says his cathedral is partly modeled on St. Peter?s Cathedral in the Vatican, but also features elements from the White House, various medieval castles and Madrid churches. 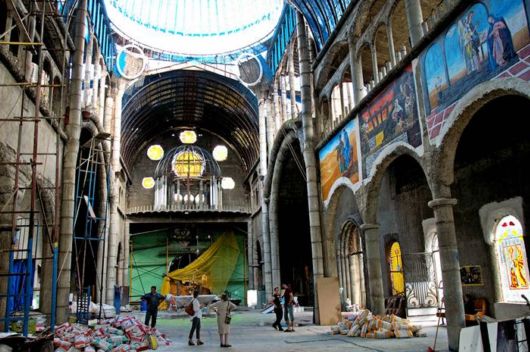 Javier Martin Espartosa
Justo Gallego worked on the cathedral mainly by himself, occasionally getting help from his six nephews and volunteers, and although he always worked in a hurry, hoping to see the whole thing finished, there?s only so much one man can do. The shell of the edifice may be almost complete, but he still has much work to do. There are thousands of windows to paint, the central dome has yet to be covered, the floor is bare and the spiraling staircases are only half done. Don Justo is well aware he might not live long enough to see his masterpiece finished, but still he says ?When I look at what I?ve created, it overwhelms me and I give thanks to the Lord.? 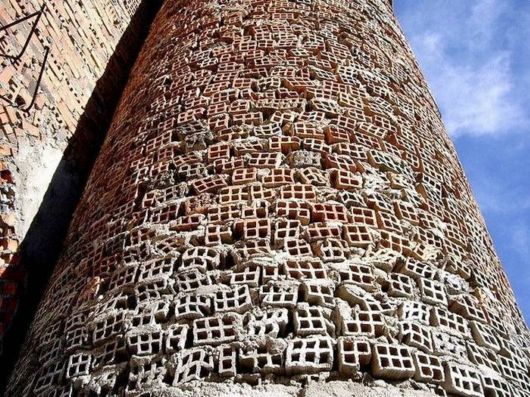 Dubas
The junk cathedral of Mejorada del Campo has never been authorized, but so far the town council has tolerated the illicit structure. Ever since Gallego?s amazing story spread on the internet, his life?s work has been bringing in a steady flow of tourists. It has become a local icon, and Don Justo hopes it will one day serve as a fully functional cathedral, although chances of that ever happening are very slim. ?It?s very difficult to get a license now,? architect Pablo Queralto told the BBC. ?For example the bricks don?t meet minimum
standards, either in themselves or the way they?ve been laid.? 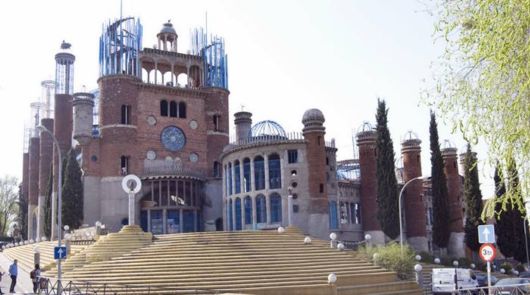 Co0ntraband
Whatever happens, one thing is for certain, Justo Gallego Martinez doesn?t regret a single day of the many he?s put into his junk cathedral. ?If I lived my life again, I?d build this church again, only bigger. Twice the size,? he says. ?Because for me, this is an act of faith.? 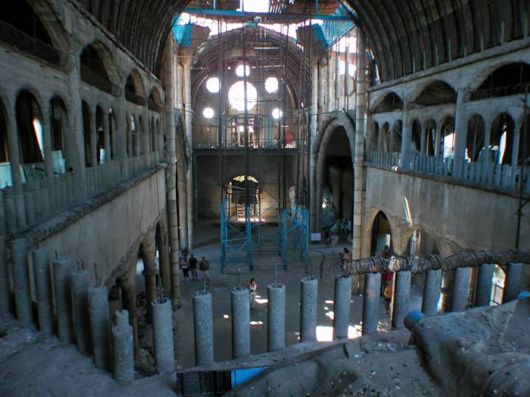 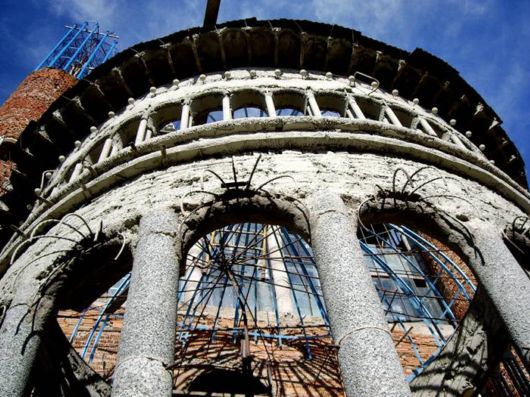 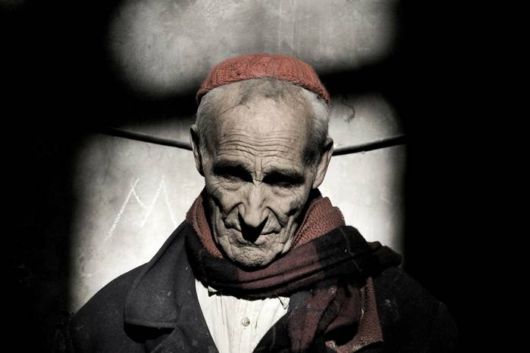